Bunboé, Murrangurk, Duramboi, Waki, Giom, Anco. These are the names that Indigenous people gave to some of the convict escapees and shipwreck survivors they took into their communities during the nineteenth century. Their generosity ensured the Europeans' survival and, for the most part, both parties mourned the white people's return to European life. 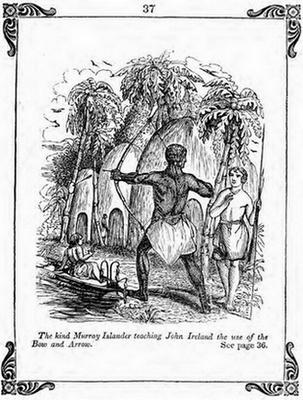 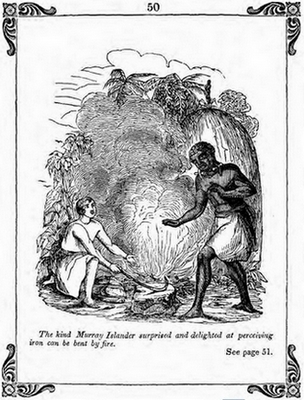 The stories in Living with the Locals provide a glimpse into Indigenous life at the point of early contact between Indigenous people and British colonists. While negative attitudes towards Indigenous people gave rise to misinterpretation of events, and sensationalised versions of the stories, the white survivors themselves were unwilling to betray Indigenous beliefs and customs to unsympathetic colonists.

We set out to bring fresh insights to the stories in this book, re-evaluating the encounters between Indigenous people and the outsiders who became part of their communities. 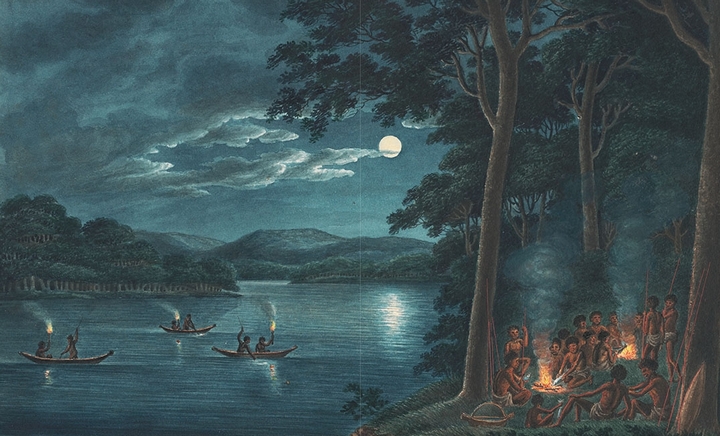 Initially, John was approached by the Library to write a history of non-Indigenous people who lived with Aboriginal and Islander people in the colonial period. Victoria was excited by this idea as she (and many of her students) had found the subject interesting while teaching cross-cultural history at both Flinders and Newcastle (her course, Maps & Dreams: Aboriginal/Colonial Encounters in Australian History, had a section dealing with just this subject). We had both been researching some of these stories for our study of the history of intermarriages between white women and Aboriginal men, and had previously written an article about it together. Happily, the Library agreed to a co-authoring arrangement.

We began our research in July 2013, going down to Canberra to start serious work in the Library. Our idea (and brief) was to focus on the materials held in the Library itself. As we both love books, libraries and archives this was indeed a labour of love. Many of these materials are not the traditional primary sources used by historians, but published books and other secondary accounts describing the experiences and lives of a number of non-Indigenous people who were known, or believed, to have lived with Indigenous people ‘on the other side of the frontier'. These sources are wonderful to work with, because they give you a sense of the historical culture of books and reading, as well as of the history itself. They are also complex to work with, because they reveal so much of the white attitudes of their time, which were often very racist and totally unacceptable today. We decided early on to revisit the stories both of people who have become iconic in Australian popular culture (such as William Buckley) and also of those who are less well-known but for whom there was quite a lot of published material, and to see what these stories looked like from an Aboriginal and a cross-cultural perspective, as opposed to simply the white viewpoint. When we looked at them in this light, what was striking was the human kindness and generosity of the Indigenous people in Australia and the Torres Strait. 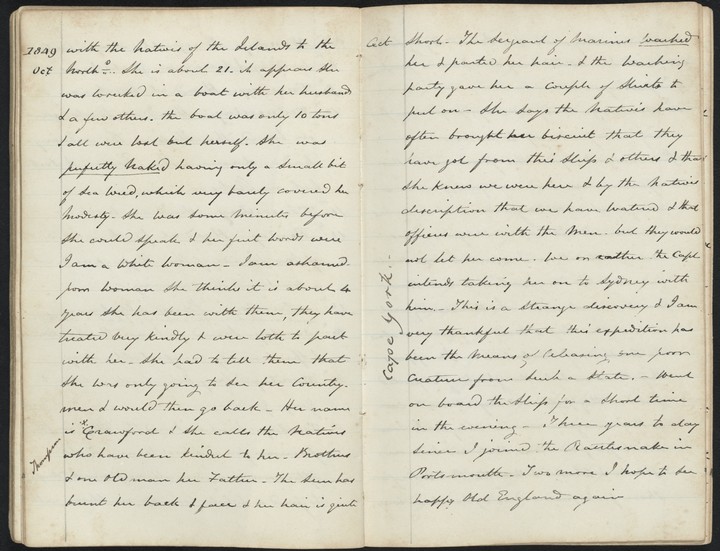 Pages from the diary of George Inskip, second master on the Rattlesnake, describing the unexpected appearance of Barbara Thompson: 'She was perfectly naked having only a small bit of sea weed, which very barely covered her modesty', nla.cat-vn271095

We both had our favourites in the study. Victoria was keen to talk about the two white women in the book, whose stories intrigued her. She found Barbara Thompson a really appealing character because of the freshness of her voice in talking about the Kaurareg people who looked after her. Eliza Fraser is her polar opposite in many ways, but Victoria enjoyed tracking down the elusive original report of her discovery by the colonial search party, which had gone missing from the NSW State Archives collection back in the 1930s. For John, as a Worimi man, the story of the convicts who ran away to live with Aboriginal people in Port Stephens was very interesting, even though we did not have a lot of information on them. John Wilson, ‘Bunboe', was another interesting character who chose to go and live with Aboriginal people after serving his sentence. William Buckley and Eliza Fraser are the most famous runaway/lost characters. Like Fraser, Buckley has been written about extensively, but the most fascinating aspect of this was how much had been misinterpreted and misunderstood.

We hope that this study provides a window to a greater understanding and appreciation of not just Buckley, but all of the individuals we have covered in our book. 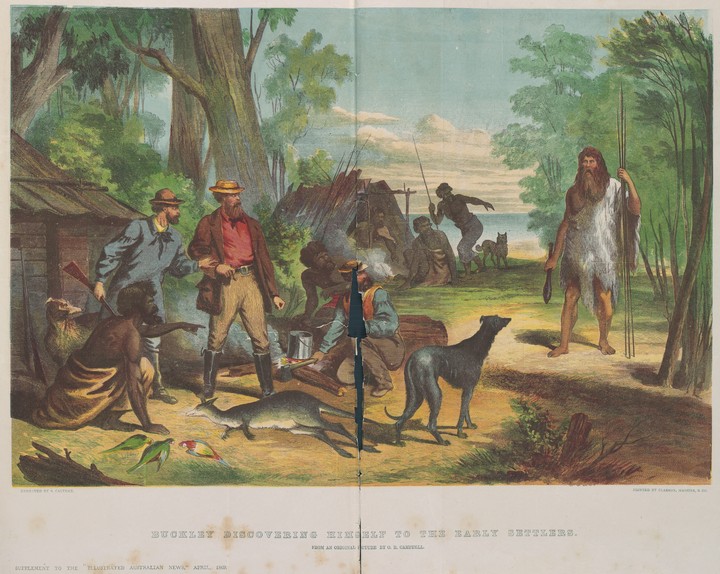 Living with the Locals: Early Europeans' Experience of Indigenous Life was released by NLA Publishing in November 2016.