The Library has many facsimile editions of early works, ranging from the rare and scholarly to the light-hearted. While some of the facsimiles of illuminated manuscripts and maps are gorgeous and send a shiver down your spine when you handle even the facsimiles, the more modest and quirky really appeal to me and I often learn a surprising amount from them. My current favourite is a facsimile edition of a children’s book originally published in 1849 called Mother Goose in hieroglyphics. It is a charming example of a children’s book in the form of rebuses. A rebus is a code or reference where pictures, letters, or symbols represent certain words or phrases. It is derived from the Latin phrase nōn verbīs sed rebus, meaning “not by words but by things.” For example, a picture of an eye could stand for the word ‘I’. Or the letters ‘sp’ followed by a picture of an eye would translate as ‘spy’. 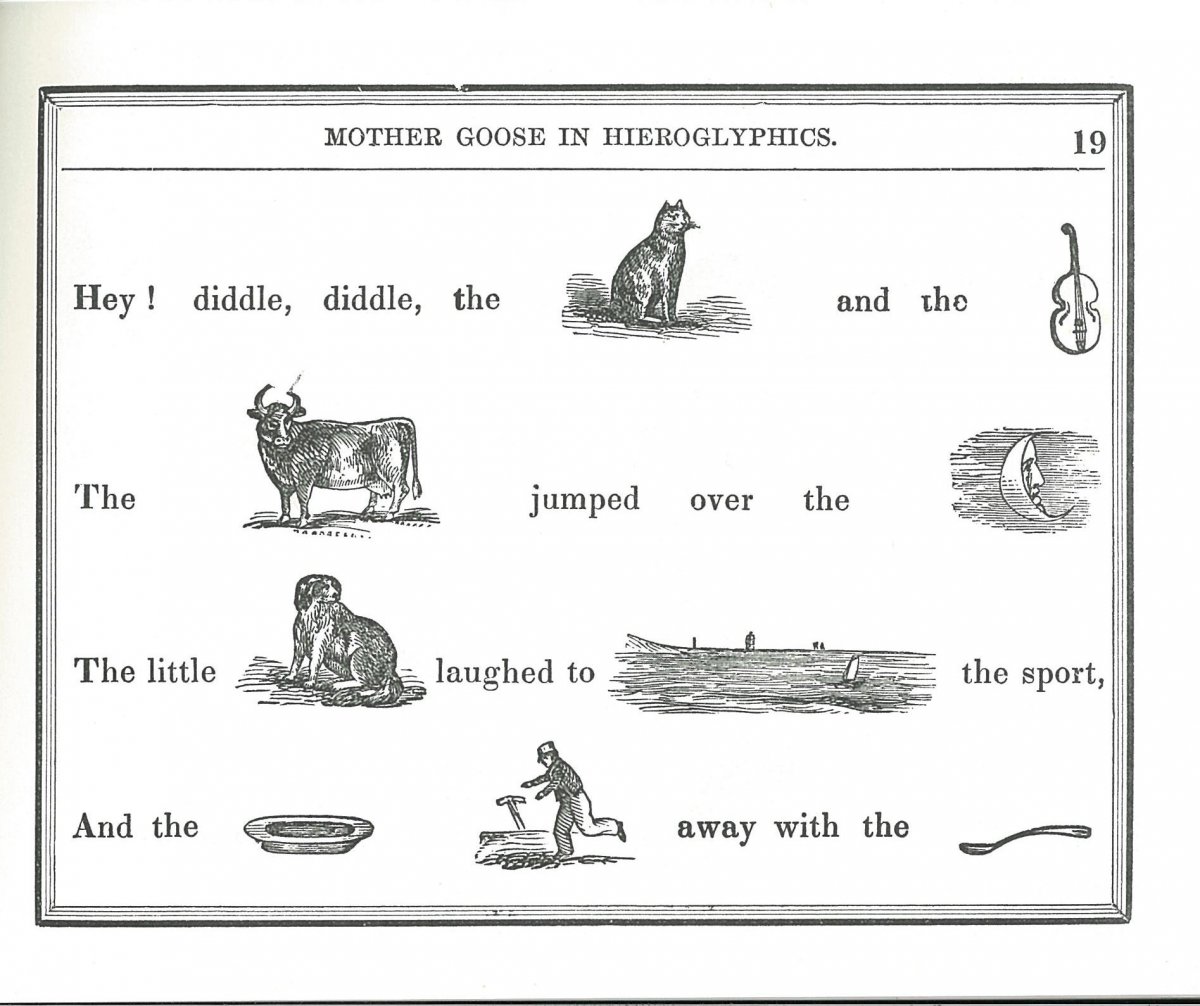 Mother Goose in hieroglyphics was obviously a success, as it was reprinted several times between 1849 and 1879. It presents some of the most well-known verses ascribed to Mother Goose in the rebus form. Helpfully, there is a solution key provided at the end of the book for children who may have had trouble deciphering the rebus text. This is also useful for the adult of today enjoying this lovely little book, as some of the pictures are of tools such as the awl that are no longer familiar to us. The facsimile edition held by the Library was published by Dover Publications in 1973.

The fact that Mother Goose verses were selected as the basis for the rebuses in this book reflects the popularity of Mother Goose in America. Although the verses and stories that came to be known as Mother Goose first appeared in England in the 1760s, and were printed in various collections in England and America over the next few decades, a publication called Mother Goose’s Melodies published in America in 1833 was immensely popular there. It became a classic, while the influence of Mother Goose declined in England.

I knew little about rebuses before looking at this book, so of course wanted to find out more. I discovered that rebuses have been used in many ways, and in many places for centuries. In Europe they became particularly popular during the Middle Ages. Rebuses were used for political complaints and social commentary, romantic epistles, children’s books, satirical broadsides, and even a very popular selection of Bible verses for children called A curious hieroglyphick Bible first printed around 1770-1775, and reprinted thirteen times by 1794. Cestus Sapphicus, the earliest illustrated book printed in Norway, published in 1661 is another work illustrated with rebus pictures. To assist the reader, there is an explanation/translation of each rebus verse on the following page. 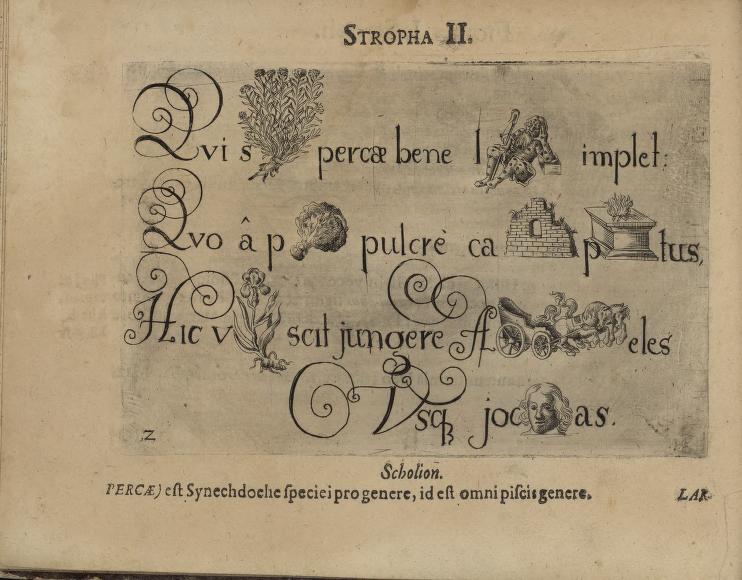 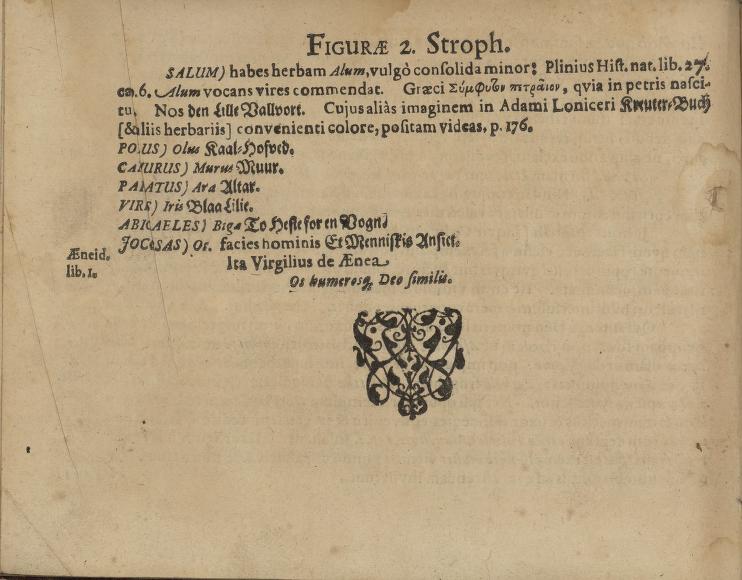 Rebus page from Cestus Sapphicus and the following key

There are lovely examples of rebus letters written by famous authors including Mark Twain and Lewis Carroll. Twain wrote letters to his wife and daughter in this form and Carroll wrote a delightful birthday rebus letter to Georgina (Ina) Watson, the daughter of George Watson the Postmaster of Merton College Oxford. 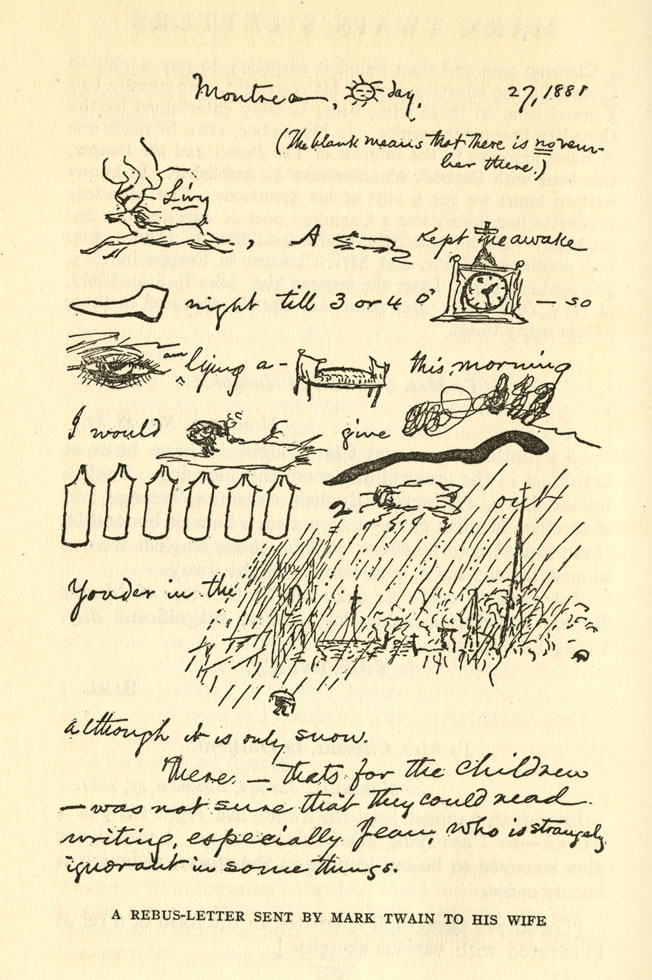 First page of rebus letter from Twain to his wife 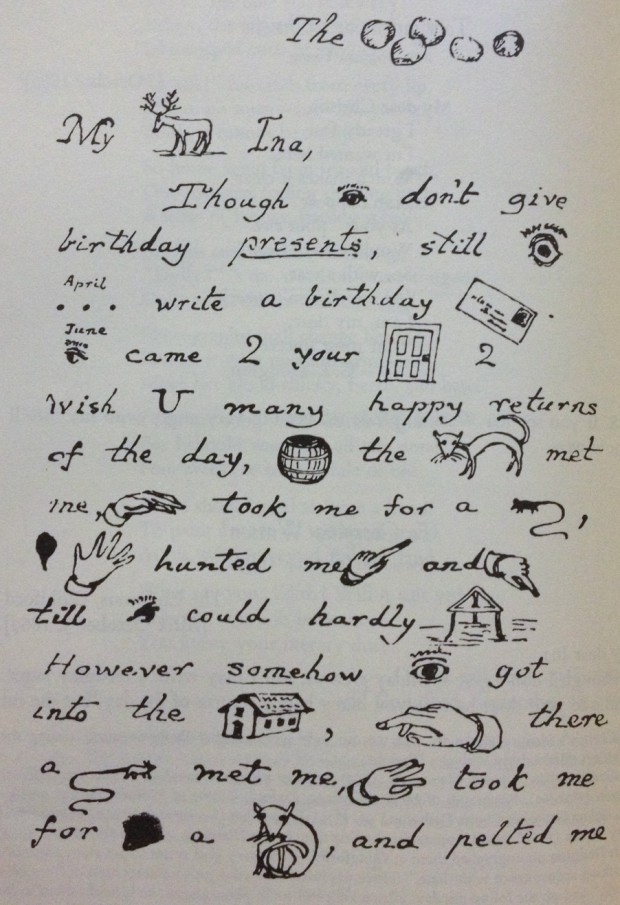 First page of rebus letter from Carroll to Ina Watson

In addition to printed works and letters, many families used rebuses to symbolize their family names on crests. Some of these have also appeared in buildings, stained glass windows and other architectural features. One well-known example is the rebus of Abbott Islip which adorns the exterior of the mortuary chapel he built at Westminster Abbey. His rebus is a boy falling from a tree, with the legend 'I slip.' 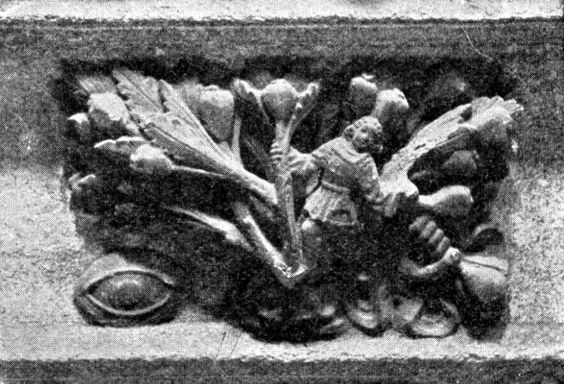 Rebuses can sometimes be very useful in helping to date a historic building or determine the original owner. For example a house in Buxted features a cast iron plaque on the north side with a hog in relief upon it and the date 1581 underneath. This is a rebus on the name of the great iron founder Ralph Hogge who obviously built the house and no doubt lived in it till his death in 1585. He was one of the most famous iron-masters of England who cast the first English iron cannon at Buxted in 1543. The plaque proves his original ownership of the house which is now known as Hogg House. 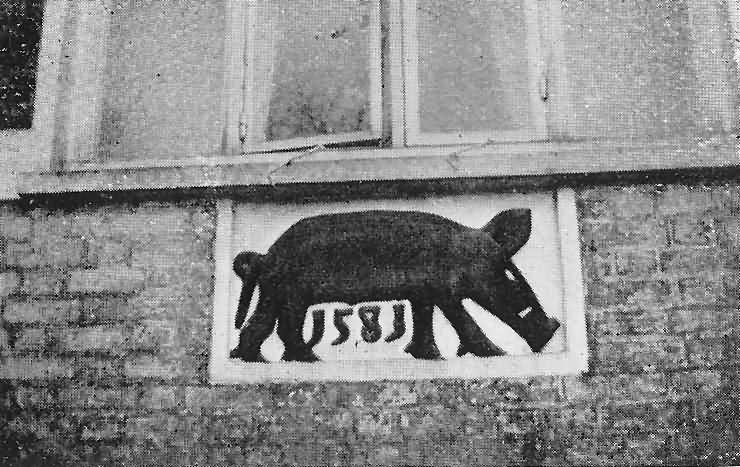 Rebuses have even appeared as graffiti on some historic buildings. The historian Violet Pritchard found and decoded a lovely example on St Mary's church at Lidgate. To the left of the rebus is the word 'Well', followed by the musical notes C, A, B, E in notation on a stave, musically 'fa' 're' 'mi' 'la' then followed by the letters 'dy', then a picture of dice (known at the time as a cater) and the letters 'yne'. The message reads “Well fare mi lady cateryne” [Catherine].

Rebuses have also been used in the world of art. Sometimes referring to the subject of a painting or as the artist’s signature. Lorenzo Lotto inserted in the upper left hand corner of his Portrait of Lucina Brembati the rebus of a moon (luna in Italian) divided by the letters CI. This rebus translates as “CI in luna”, i.e. LuCIna. 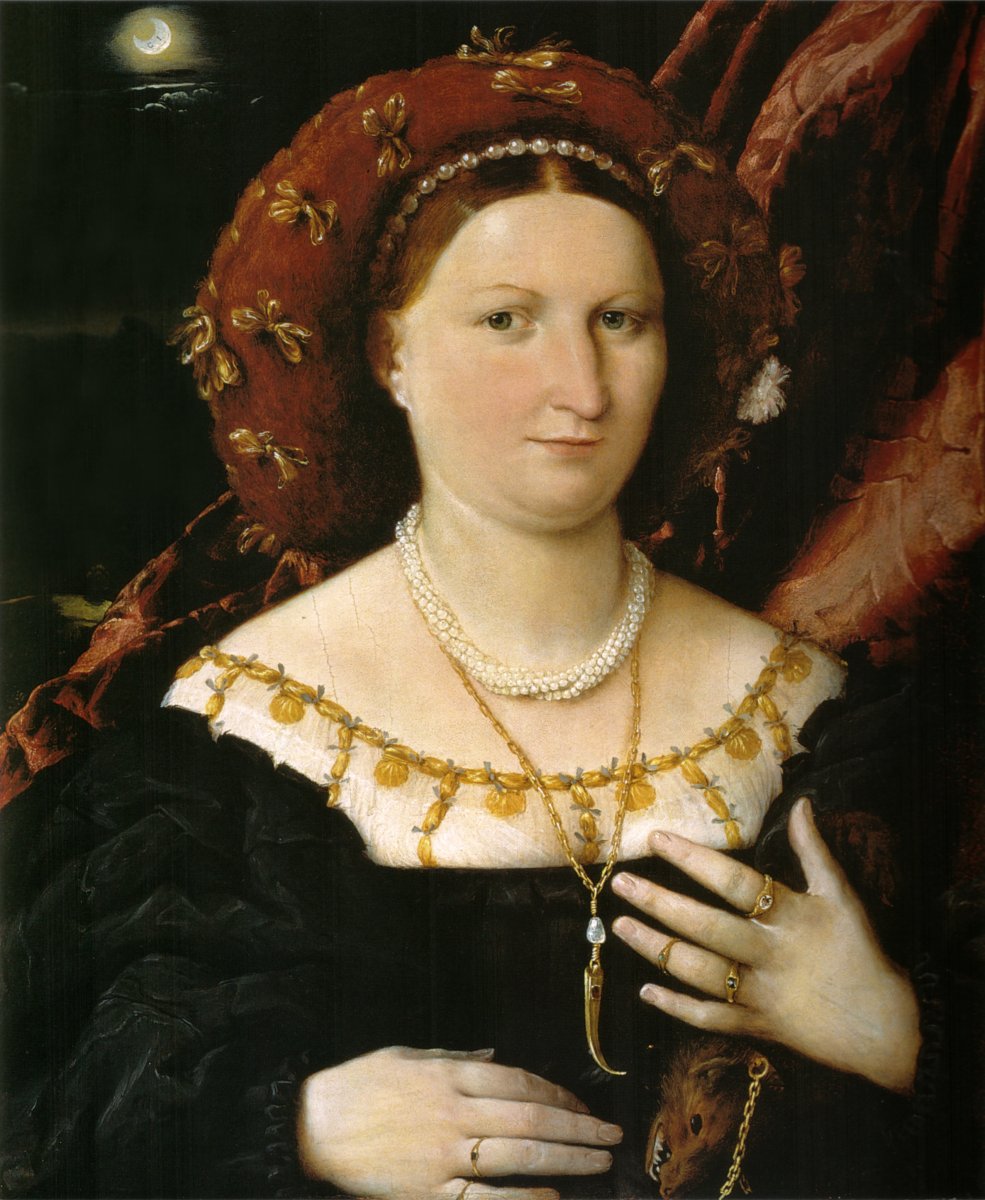 The artist Dosso Dossi in his painting Saint Jerome signed his name in the form of a rebus in the bottom right corner. It is the initial letter D struck through by a large bone, a visual pun on the Italian word for bone ‘osso’ (i.e. D + bone = Dosso). 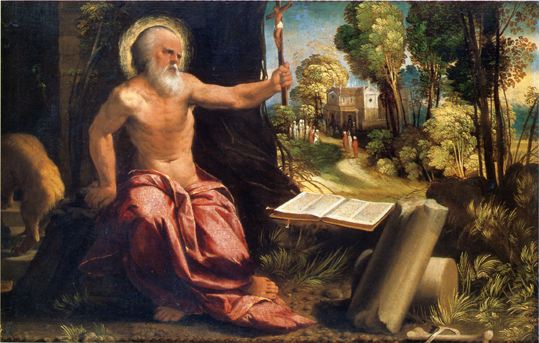 Leonardo da Vinci had a rather enchanting penchant for visual puns and rebuses. There is one huge double sheet manuscript in the Royal Library Windsor that consists entirely of rebus drawings by Leonardo. Augusto Marinoni has written a detailed analysis each of these drawings and provides a translation into words (of course in Italian). 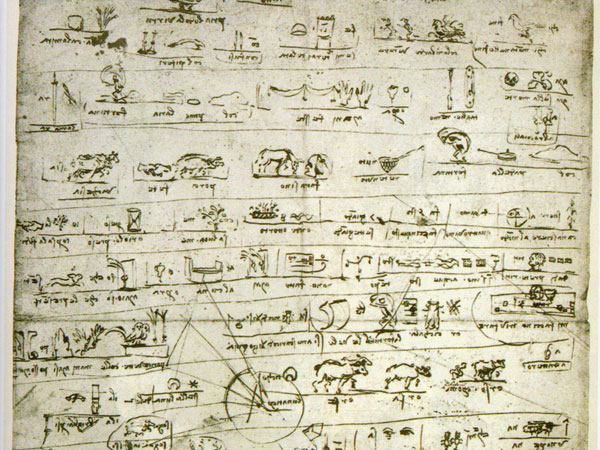 An example of Leonardo’s use of rebuses and symbols in his paintings is his Lady with an Ermine, a portrait of Cecilia Gallerani. One of several explanations for the inclusion of the ermine is that it could have been a rebus pun on her name as the Greek term for ermine is galéē. 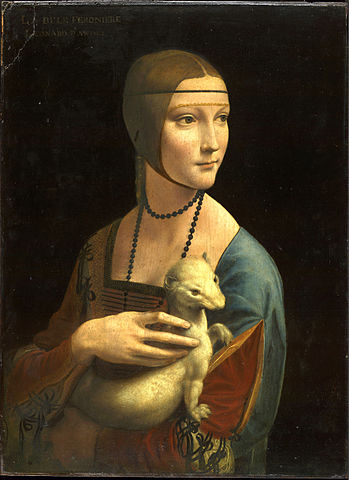 Lady with an ermine

According to Lubomir Konečný, the artist and printmaker Joris (or Georg) Hoefnagel used several forms of a rebus for his name. One of the most developed appears in the print View of the Solfatara. In the two upper corners are two horseshoes fastened by nails. They form a rebus on Hoefnagel’s name (in Dutch this literally means hoof nail). At the bottom of the engraving there is also a large nail inscribed with the name Georgius that is being forged on an anvil, and below it Hoefnagel’s personal motto DUM EXTENDAR “Until I am forged” 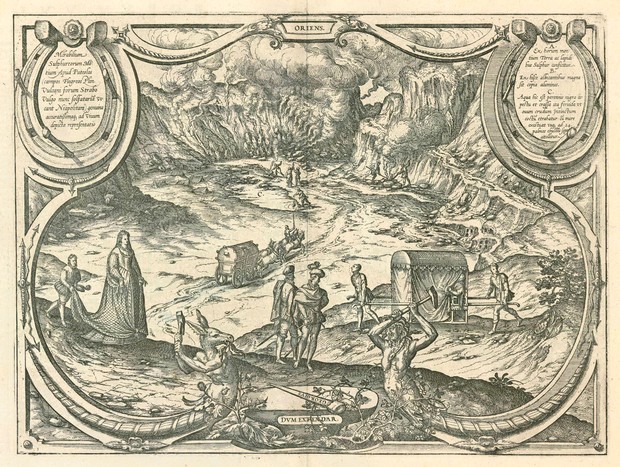 How could any bibliophile resist the rebuses used as printer’s devices by many early printers/publishers? They have so much more character than the sanitized corporate logos of today. Some of my particular favourites are:

Richard Grafton - the initials R.G. beneath a four-mark on a barrel, known as a ‘tun’, with a grafted fruit tree growing out of the centre hole. 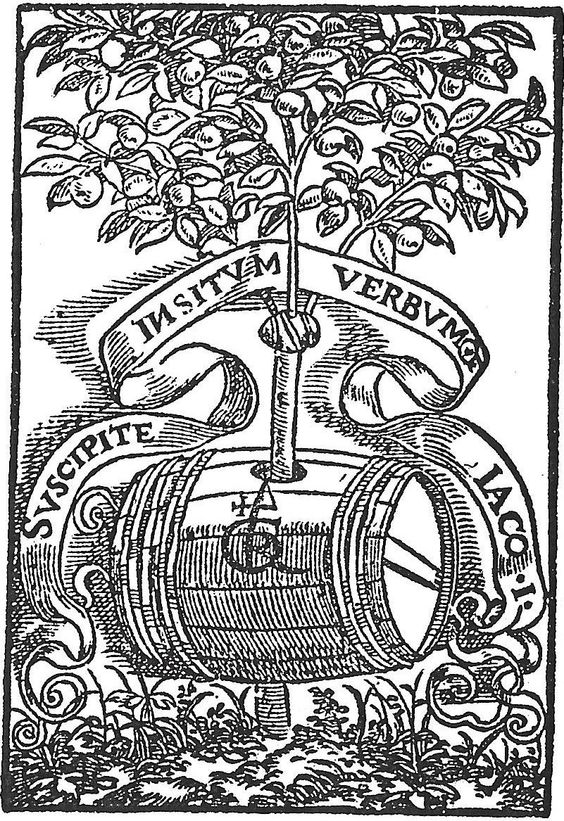 John Smethwicke - a smew duck (spelled variously at this date, including as "smeath"), with the letters "wick" in its beak. 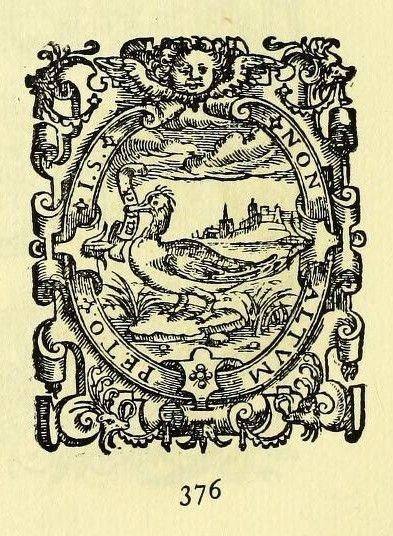 John Day - a sleeper is being awakened by a boy pointing to the sun and the words "Arise for it is day". 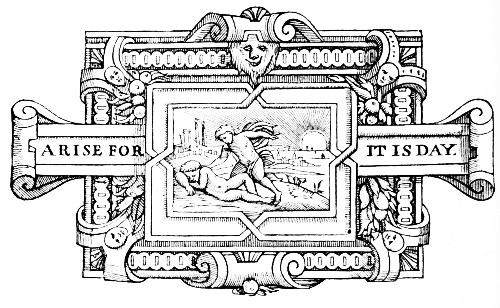 William Norton – a sweet William flower growing out of the centre hole of a tun (barrel) with the syllable NOR on the side. 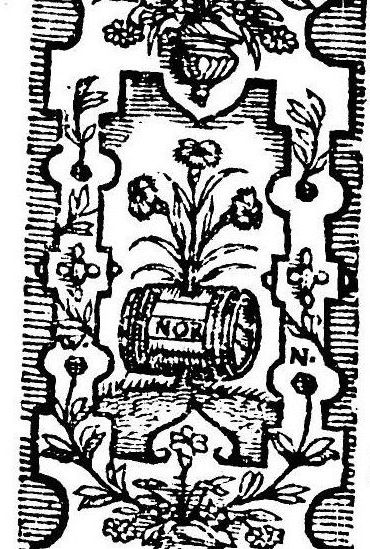 David Alphonso Talboys - an axe struck into the trunk of a tree and the French words ‘Taille Bois’, which are a homonym for Talboys, and very roughly translated mean wood cutting/wood cutter. 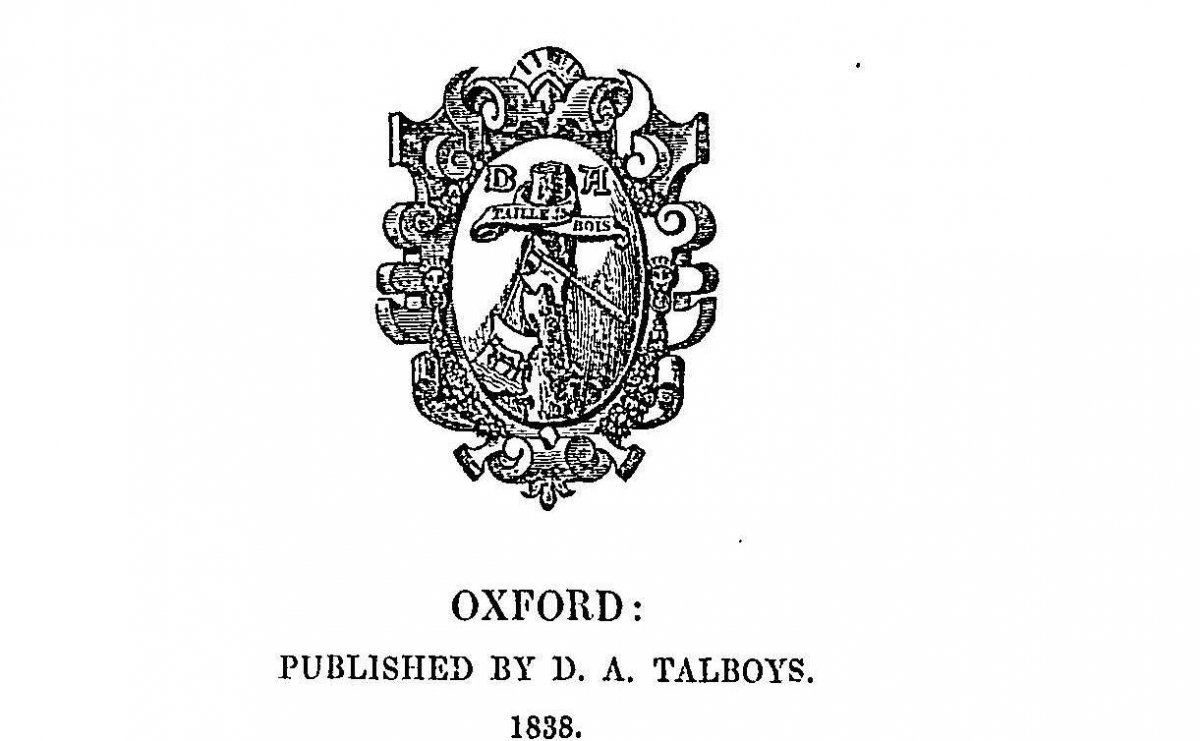 Rebuses have also been widely used in Japan and China for names, mottos and symbols on art works, ceramics and glass. Raymond Li has produced a fascinating study of rebuses on Chinese snuff bottles titled A glossary of Chinese snuff bottle rebuses which includes some beautiful examples with explanations. 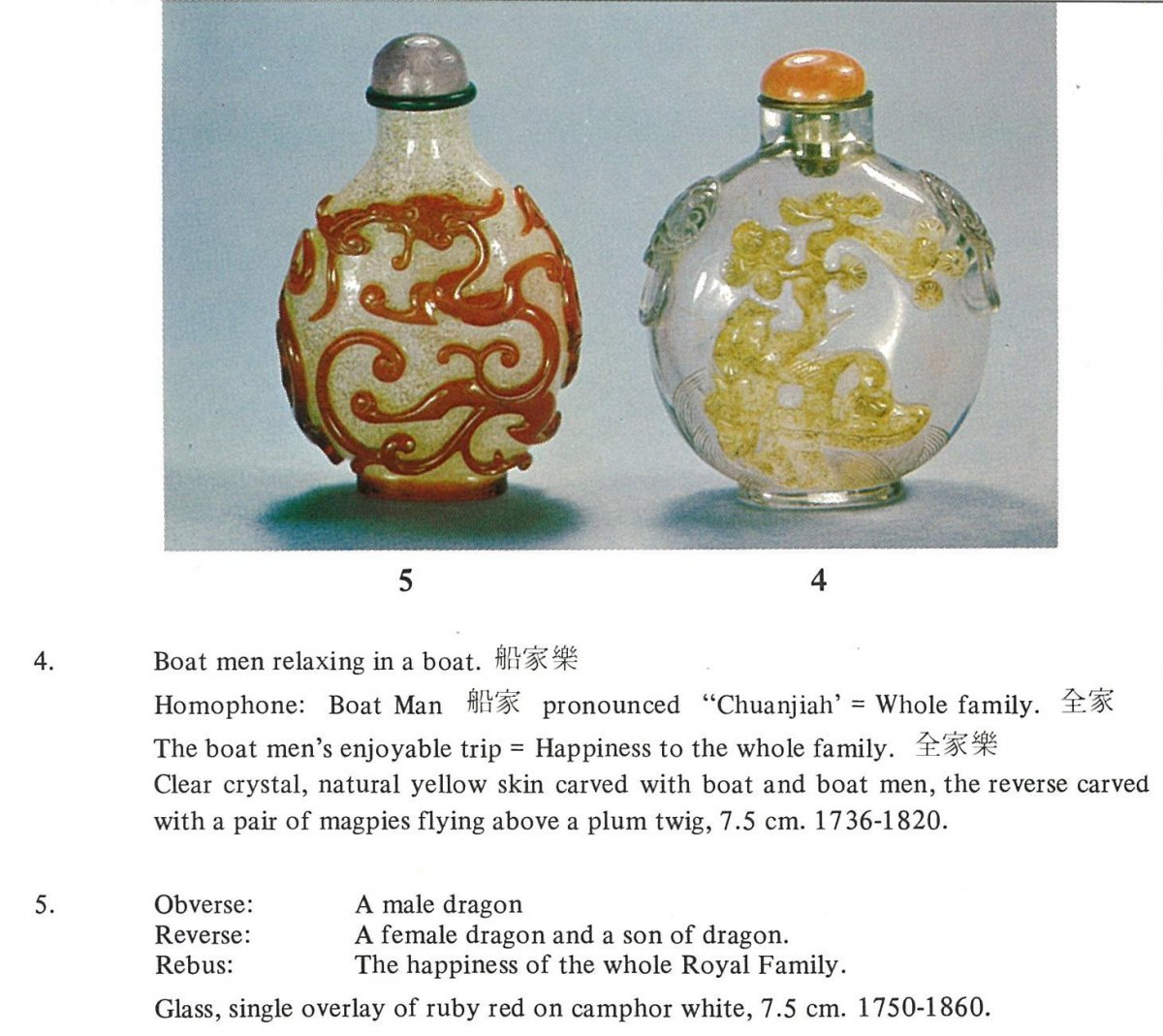 Rebuses remain popular today in the form of emoji used in lieu of words in text messages. Naturally, I’m now on the lookout for rebuses everywhere! Of course I couldn’t resist writing a simple little rebus verse of my own: 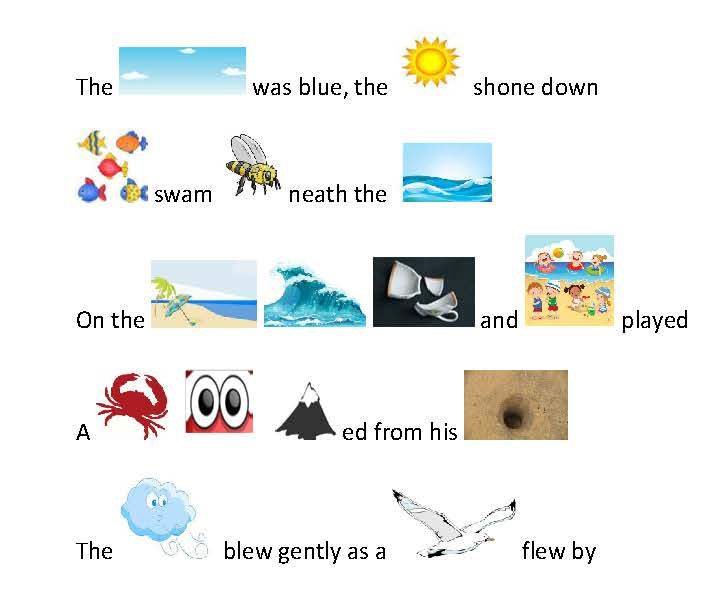 The sky was blue, the sun shone down
Fish swam beneath the sea
On the beach waves broke and children played
A crab’s eyes peaked from his hole in the sand
The wind blew gently as a seagull flew by

Have a try yourself, or challenge your children to convert an existing poem or story into a rebus. I guarantee they are addictive.

The facsimile edition of Mother Goose in hieroglyphics is on display during February 2017 in the Library’s Special Collections Reading Room.

Comment:
Lovely collection ... really brightened my lunch hour.
Comment:
Thanks very much Helen. I'm so pleased you enjoyed it! I had a lot of fun finding out about rebuses - I now look at everything with "pictographic" eyes!