Members of Aboriginal and Torres Strait Islander communities are advised that this research guide contains names and images of deceased people.

When you study your family's history you're researching the past, just like you would for the most famous of historical figures. The search may be smaller but it's no less significant and it can reveal some interesting surprises. We asked a few of our librarian's to share stories of their own discoveries.

I dabble occasionally in family history and am often surprised by what comes up. My mother always wanted to find out more about her father’s family, who emigrated from Scotland in 1907. She knew the names of her father’s brothers, so always assumed there were 5 of them.  The eldest of these brothers, Peter, was killed in World War I, leaving behind a grieving family and friends. Surprisingly one of these friends turned out to be his ‘intended’ which was confirmed by a letter in his service record held at the National Archives of Australia.

Myra Isles, Letter sent to the Army Records Office page 18 of the military record of Peter Inglis 24/10/1917, Courtesy of the National Archives of Australia.

We received another surprise when I found out there was actually a sixth brother! John (or Jock), who was the eldest in the family. Thanks to Trove’s digital newspaper service I was able to provide my mother with details of his death in 1928 as well as his obituary. He was also married and had a young daughter. The existence of these additional family members, previously unknown, opened up an entire other branch of my mother’s family, which I one day hope to explore.

I was interested in finding out more about my great grandfather’s life in England from 1930 to his death in 1949.  I had his name, birth date and date of his death, which I had found out from my family and the Library’s subscription to Ancestry.  I also knew that he had played in an accordion band when he was a young man. I came across the 1939 UK register, in Find My Past, which bridges a census gap from 1921-1951. I was able to locate my great grandfather on the register, see the name of the county where he was living and who was living with him at the time. 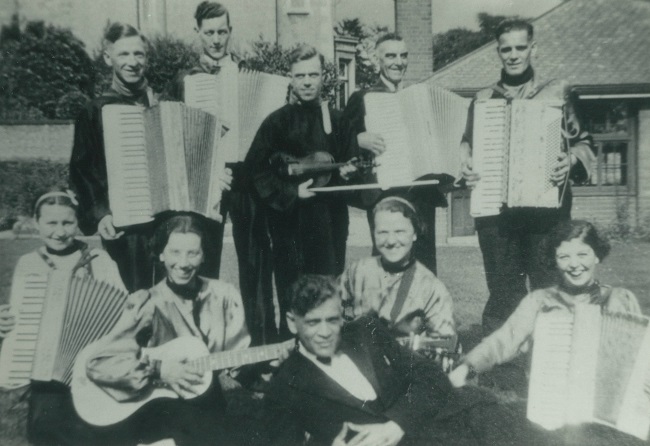 I was also able to track down more information about him through Find My Past by searching the newspaper records. I was thrilled to find 14 articles from the late 1930s that mentioned his accordion band and their performances. One of the articles mentioned that a crowd of around 800 had attended one of his concerts. I found myself wondering if he had felt exhilarated performing in front of so many people. It was great being able to pass my findings onto my father who started learning to play the accordion this year!

My mother’s parents both immigrated to Australia from Holland. I knew my grandfather was quite young when this happened. My grandmother I knew even less about, as she had died due to a complication in childbirth. I didn’t think there would be much in Australian newspapers about either of them; a birth notice would not have been published for either of them and a wedding notice would be difficult to find after 1954. I decided to give it a try anyway, searched for their surname in Trove and found a wonderful newspaper clipping from 1962! 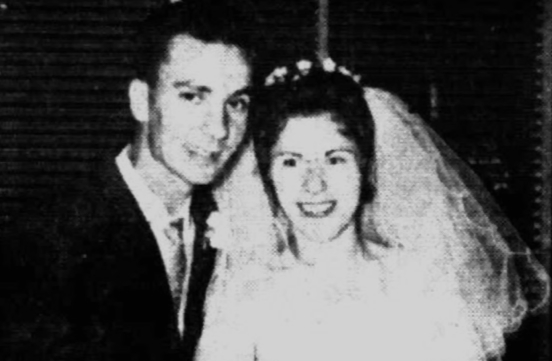 I realised that the photo was one my mum had in a photo frame. She didn’t know her mother at all, so having a photo like this was very important to her. My mum also had a clipping of this article in a little box of mementos, all she had of her growing up. I inherited this box after my mum passed and I didn’t even know it existed!

I was researching Indigenous content on Trove as part of my graduate project this year and decided to search for any content about Australian Aboriginal people from the Maranoa region of Queensland. This is where my family and mob are from, the Gunggari people.

I came across an article from 1900 entitled, “Maranoa Aboriginals: Report by the Protector”. It spoke about Australian Aboriginal people living in community in Mitchell, Queensland. This is where my family are from and where a lot of them were born and raised.  The Protector describes a sacred burial site and then says skeletal remains were removed due to their special “value to ethnology”, and “among the last available memorials of a primitive race rapidly vanishing from the face of the earth”.

This raised a few questions for me including: Was this burial site on Gunggari country and did my ancestors use this sacred place as a burial site? Where are these ancestral remains housed today? Have they been repatriated? I hope to find more answers in the future.

Can we help you write your own family history story? Come and visit us at the National Library this #NFHM or Ask a Librarian how you can access some of these resources to help with your family history research.