When I first read the manuscript for The Flying Optometrist, it reminded me of driving from Perth to Kalgoorlie many years ago. It was my first visit to Australia from my home in England, and I remember the overwhelming sense of space, vast distances and vivid colours. Wherever we stopped, there was a little shop and friendly local people; I’ve learnt throughout my years of living here that this is typical of rural Australia.

In illustrating the book I wanted to create a place that truly captured the essence of outback Australia. The first few lines describe a small town with community buildings. I knew there would be wide dusty roads, gum trees, utes and dogs. The author described particular characters in the town, but I knew there were many others that needed to be included to show the culture and feeling of the friendly, busy little community. The waiting room scene was one of my favourites to create, as I could include babies, animals and interactions between the different generations. 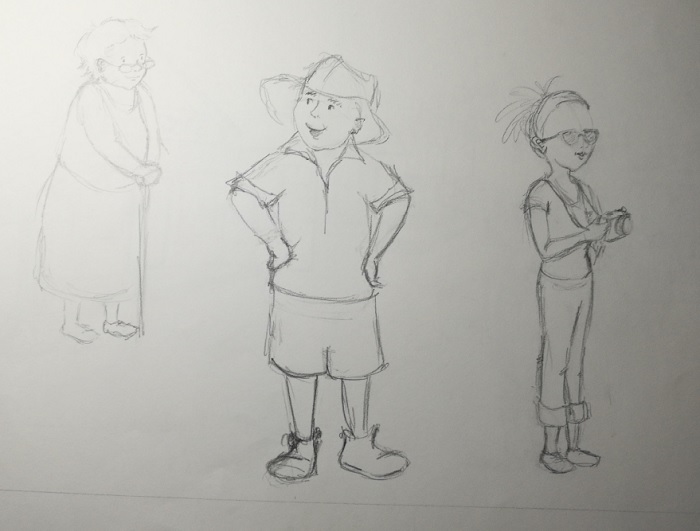 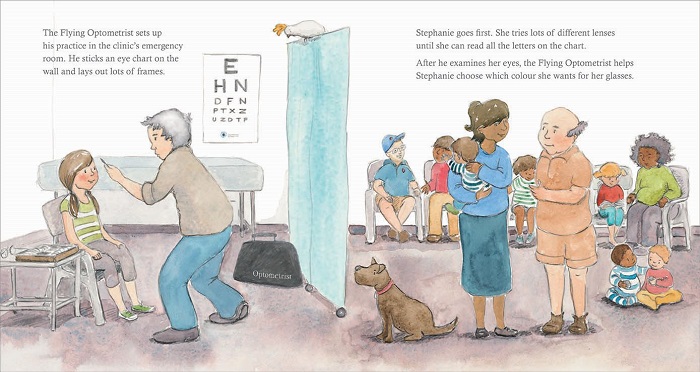 The character of Stephanie developed through many sources of inspiration and countless sketches. Through raising my own three daughters in Australia, I have been able to see firsthand the way Australian culture and people create children who are spirited and outgoing. I knew that Stephanie would have that spirit, and she too would want to play sport and climb trees like any other Aussie kid, but there was just one thing holding her back: her broken glasses. 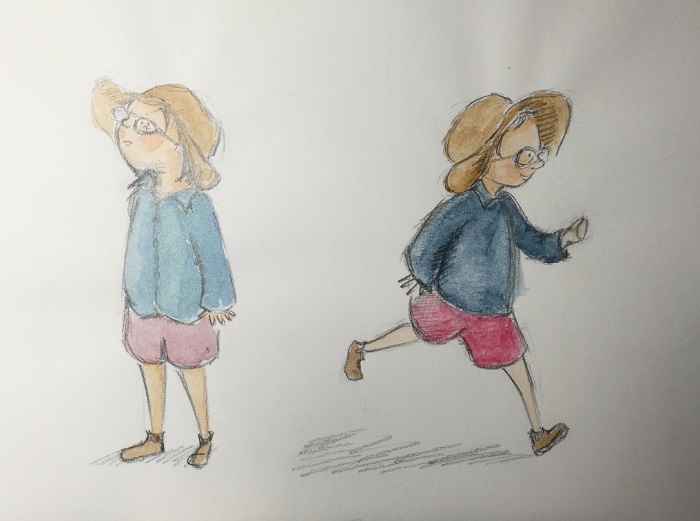 The most challenging parts of the illustration process were working out the aerial shots and the inside of the plane. I had no idea what the inside of a small plane looked like. However, it’s amazing how you can draw on past experiences to inform the illustration process. There’s a small airstrip in Tyabb, Victoria, close to where I live. I found myself watching the light aircraft flying in and out with a new fascination for where they might be going or coming back from.

When one of my children was in kindergarten, we went to see the planes and listened to one of the pilots explain just how light the aircraft were (pictured below). I thought of this a lot when I was painting the storm scene. My favourite page in the book is the aerial scene when the little red plane is spotted in the sky and the storm has cleared. I love the sense of anticipation, joy and relief. 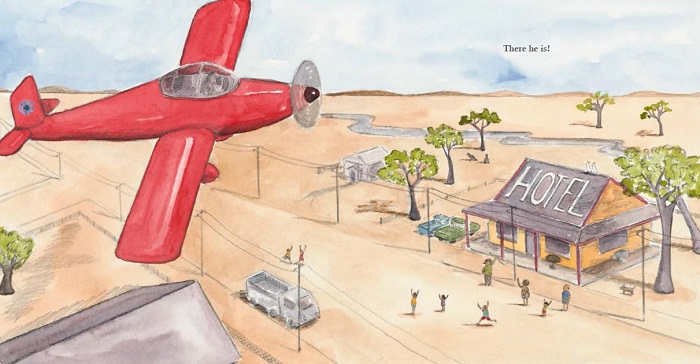 The Flying Optometrist by Joanne Anderton, illustrated by Karen Erasmus, was released by NLA Publishing on 1 March 2018.