Aboriginal voices in the press

Aboriginal voices in the press
First Nations newspapers in the Library 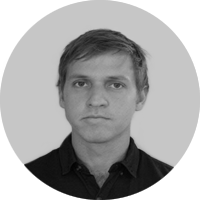 Aboriginal and Torres Strait Islander readers are advised that this blog post contains names of people who are now deceased, and contains terms which may be considered offensive, and themes which may cause distress.

When I began researching my family history, I found quite a lot of articles about my European ancestors (a certain convict who had made good in Australia and an uncountable number of his descendants) using the Library’s fantastic Trove service.

When it came to researching the Koorie side of my family, I (wrongly, it turns out) didn’t think I’d have much luck using Trove’s collection of newspapers. Aboriginal people living on missions and reserves (as some of my family did) had many aspects of their lives controlled, they often didn’t have the agency to write an article, or have a birth, death, marriage or a social notice published in a newspaper.

Aboriginal people were (and still are) often written about - largely by a non-Indigenous person for a non-Indigenous audience. Only rarely was an Aboriginal voice published in historic Australian newspapers, a fact which my great x4 Aunt Theresa noted and was determined to change.

In 1898, at 17 years and 5 months of age, Theresa wrote a letter to the Australian Town and Country Journal, remarking: 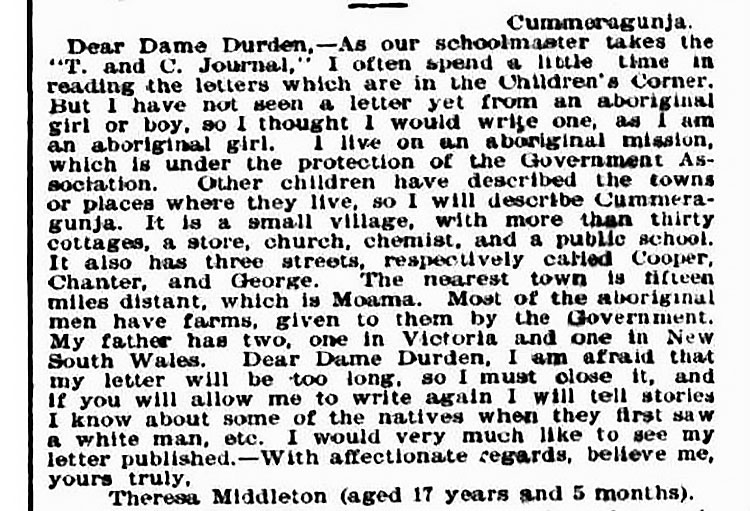 Theresa was a strong, clever, generous and proud Aboriginal woman, she wrote her story in From old Maloga : the memoirs of an aboriginal woman by Theresa Clements. Theresa would have a very hard life, with her two well cared-for daughters taken away from her by the Aboriginal Protection Board. She would later leave Cummeragunja, writing in her memoirs: “We had to come off to live like human beings”.

Thirty-two years after she’d written her letter to the Town & Country newspaper, Theresa’s grand-nephew, John Thomas Patten (more commonly known as Jack), was president of the Aborigines Progressives Association, and also the editor of the first Aboriginal owned and published newspaper, The Australian Abo Call (more colloquially referred to by Aboriginal people today as The Call).

Produced at a time of intense and profound political activism by Aboriginal people in the 1930’s, The Call’s tagline decreed that it was the “Voice of the Aborigines”, and opened its first issue with a powerful statement that it had “nothing to do with missionaries, or anthropologists, or with anybody who looks down on Aborigines as an “inferior” race. 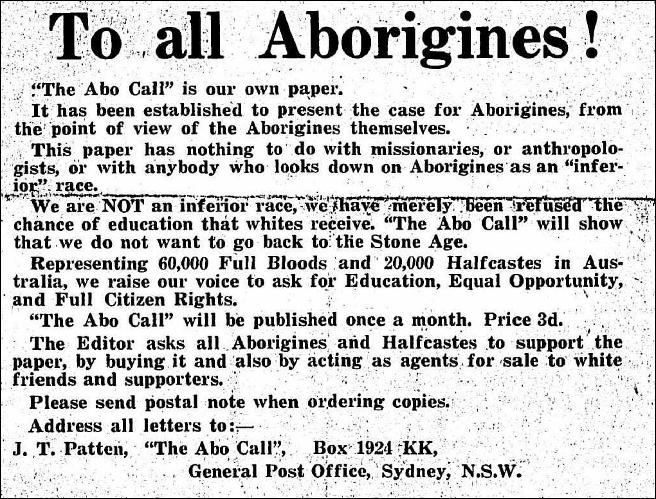 The Call became a place for Aboriginal and Torres Strait Islander voices to be publicly critical of missionaries, reserve managers, the Aborigines Protection Board and, more broadly, Government policy that impacted the lives of Indigenous Australians. In reflecting on NAIDOC Week, with its focus on celebrating Aboriginal and Torres Strait Islander culture, it is important to remember that NAIDOC Week’s genesis lies in the 1938 Day of Mourning, which was organised by the Aborigines Progressive Association, and so heavily reported on in the very first issue of The Call.

The Call had a very limited run with only six issues ever published. All six issues of The Call are available on Trove.

With the cessation of The Call, it would be a long time before another National Aboriginal owned newspaper would be published. The longest running national Indigenous newpapers which the Library has in its collection are the Koori Mail and the National Indigenous Times.

The first issue of the Koori Mail was published on the 23rd of May 1991, and rightly declared that it was “a positive step in providing a voice for Kooris everywhere”.

The Koori Mail is 100% Aboriginal owned and controlled, and has been in circulation for nearly thirty years.  Growing up Koorie (Koori is sometimes spelt with just an “i” on the end, sometimes with an “ie”) on the South Coast of New South Wales, the Koori Mail was a very common sight in houses, cultural centres, and offices - it is a well-loved newspaper. If you are very lucky, you might even spot a familiar face, perhaps an aunty, uncle or a cousin.

From serious reporting through to dating advice, there was always something in the Koori Mail for everyone in my household. My guilty pleasure when I was 20-something was a section written by Ms Koori Love, which was a hilarious and informative dating advice column.

The most recent issue of the Koori Mail is on open access in the Newspapers and Family History Zone of the Library. You can read it on the AIATSIS website. 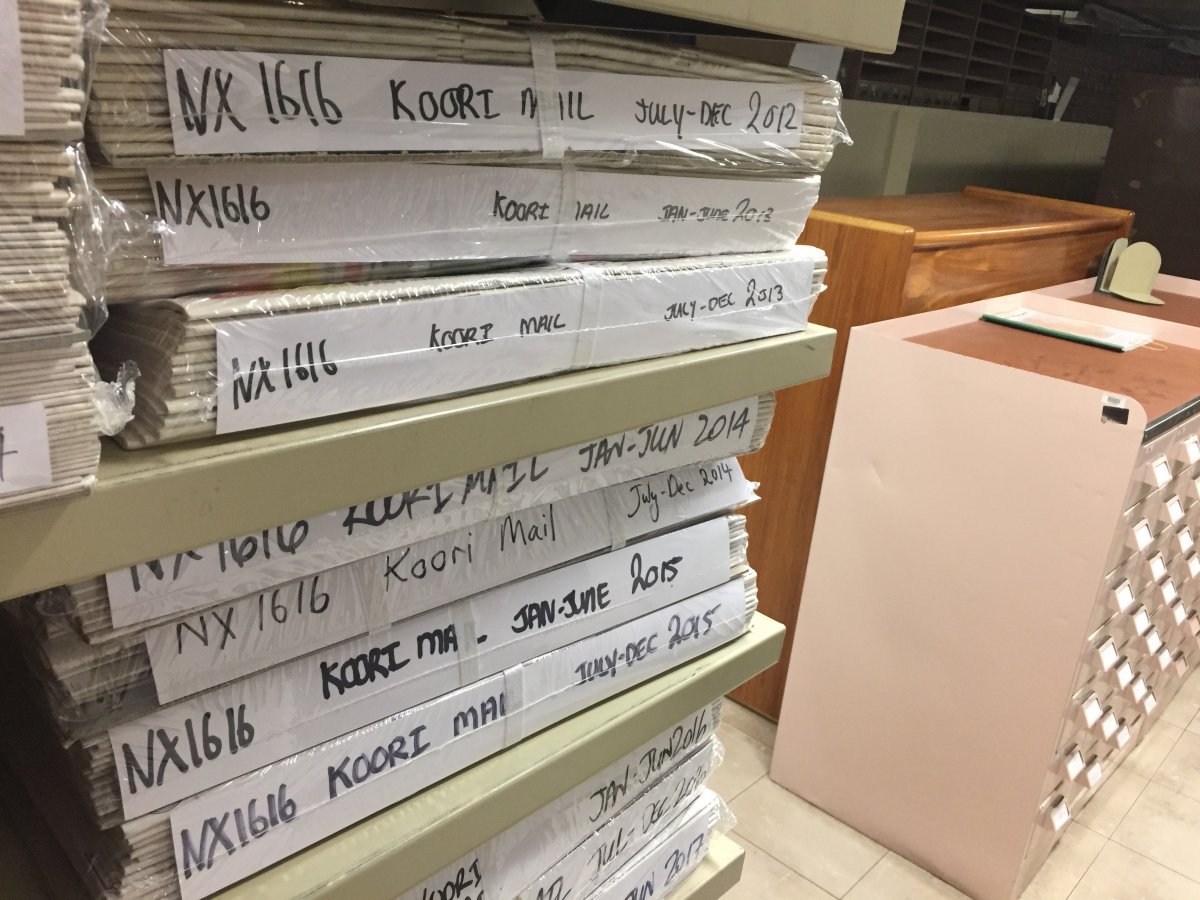 The National Indigenous Times was published as a hardcopy newspaper from the 27th of February 2002 to the 4th of March 2015, after which it became an online-only publication. With a team of Indigenous and non-Indigenous staff, the first issue declared that the newspaper would be “...an addition to the stable of publications [such as the Koori Mail] and other mediums all here for the one common goal – to build a better country for the indigenous people of Australia."

I often wonder what sheer joy it must have been for Theresa, and other members of my family and her community, to see her story in print amongst the pages of the Town and Country, I also often wonder what Theresa would think if she picked up the paper today.

It is vital that Aboriginal and Torres Strait Islander people have our voices, opinions and achievements shared and celebrated in Australian newspapers. Indigenous newspapers have always striven to be a voice for Aboriginal and Torres Strait Islander people both individually and collectively. This NAIDOC week, why not take some time to heed The Call, or pop down to your local newsagents and buy an issue of the Koori Mail, or read and subscribe to the National Indigenous Times online.

If you'd like to read more about NAIDOC Week, including its history and events in your area, check out the NAIDOC Week website: https://www.naidoc.org.au/