Hidden deep within the bowels of the Library sits an unassuming, rather boring looking cabinet.

The cabinet appears to have taken up residence in the Library quite a few decades ago, and hasn’t moved since. 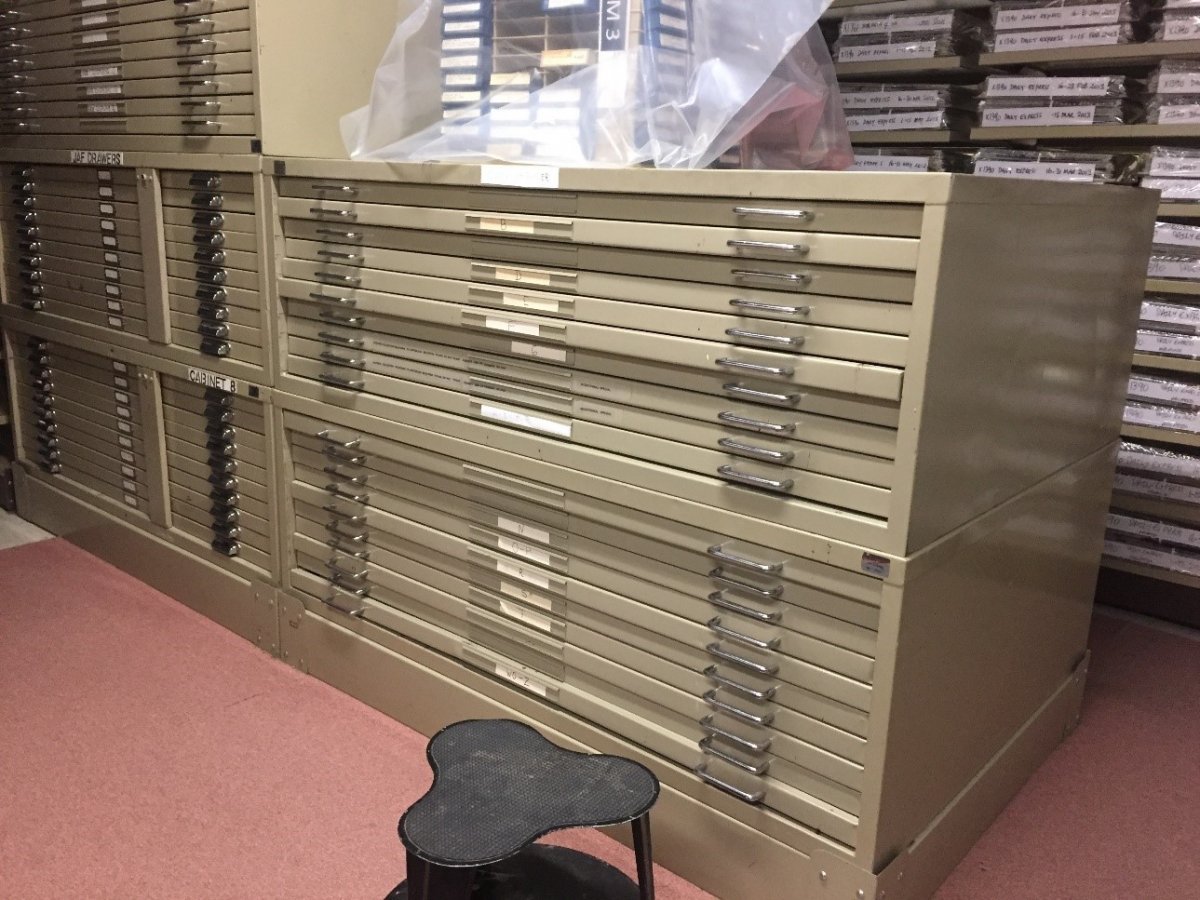 The cabinet in all its non-glory.

The cabinet, while unremarkable in appearance, contains documents so precious they are rarely accessed by staff and readers alike. Known as the Collection of Old & Interesting Newspapers, or the COIN drawer, it is an archive of newspapers which Library staff of a bygone era deemed sufficiently interesting or significant enough to keep separate from the general newspaper collection. 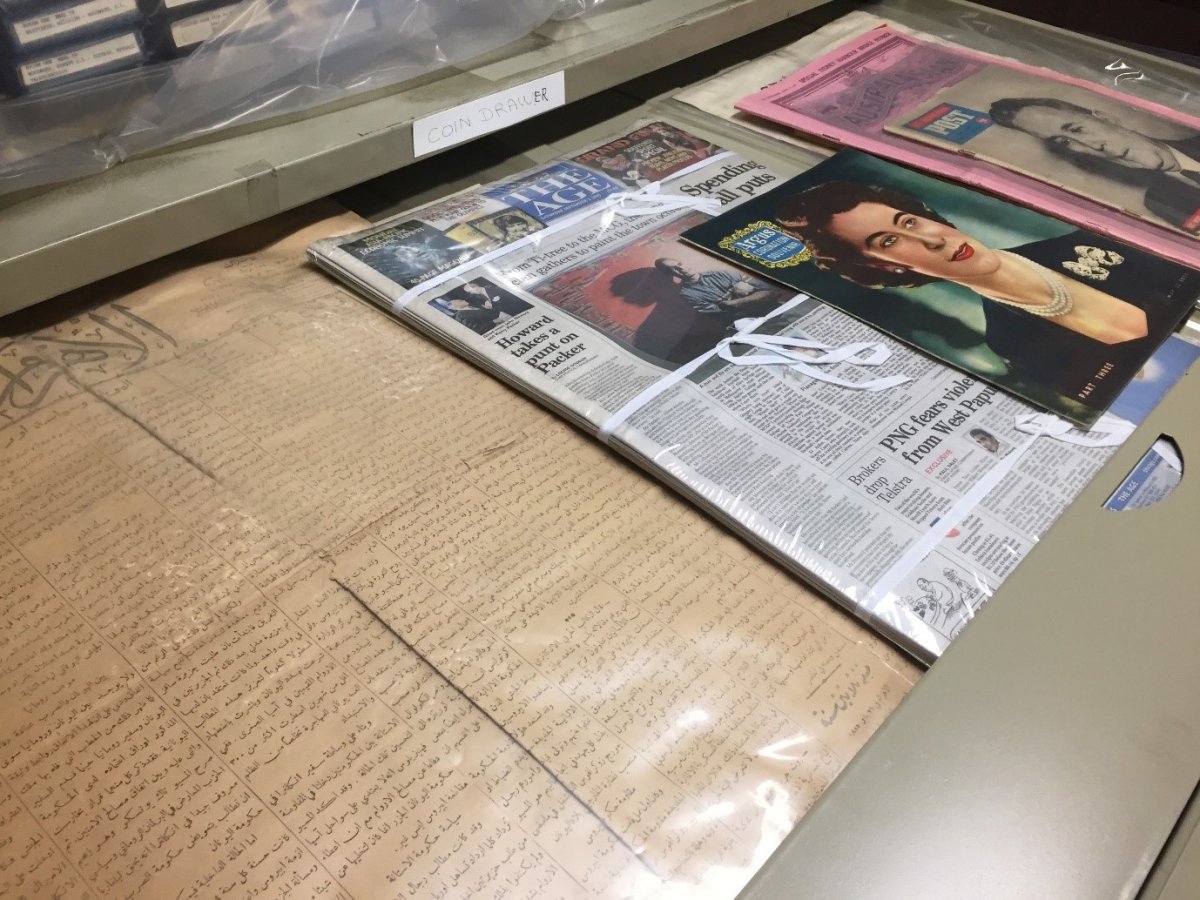 Drawer “A” of the COIN Drawer, including an issue of The Age published on the 2nd of September 2000 - a note on this newspaper states that only 1,000 copies were produced before a strike, and that the Library holds two copies.

Many of the newspapers in the COIN drawer are commemorative issues, or relate to a special event - such as the Sydney 2000 Olympics and various royal weddings. An issue of the 1935 edition of the Daily Mail, printed on silver paper in celebration of the Silver Jubilee of King George V, is tucked in the drawers with the equally important Golden Jubilee edition of the Proserpine Guardian, and the 1923 Diamond Jubilee edition of the Orange Leader (with a rare colour illustration featured on the front page). 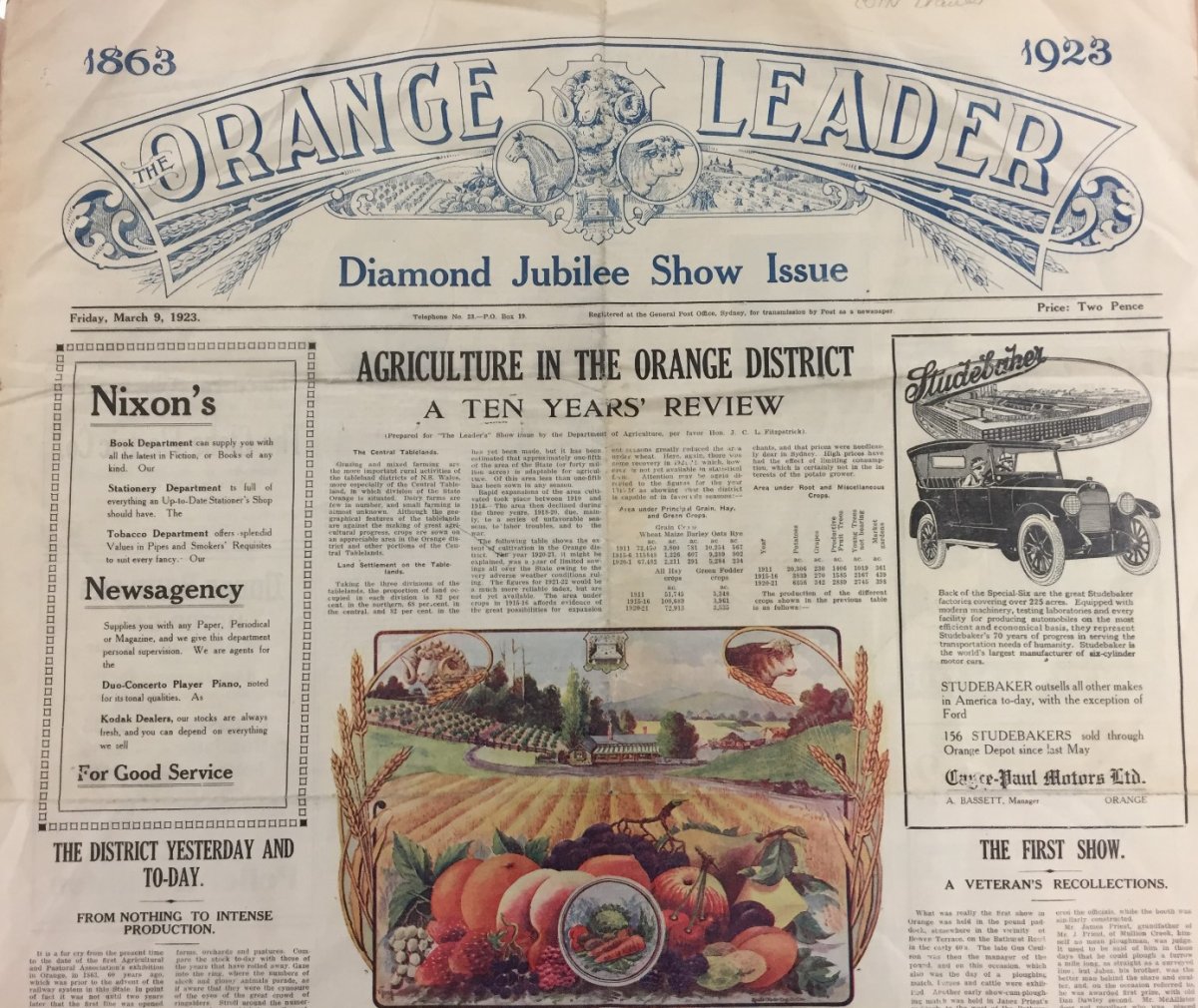 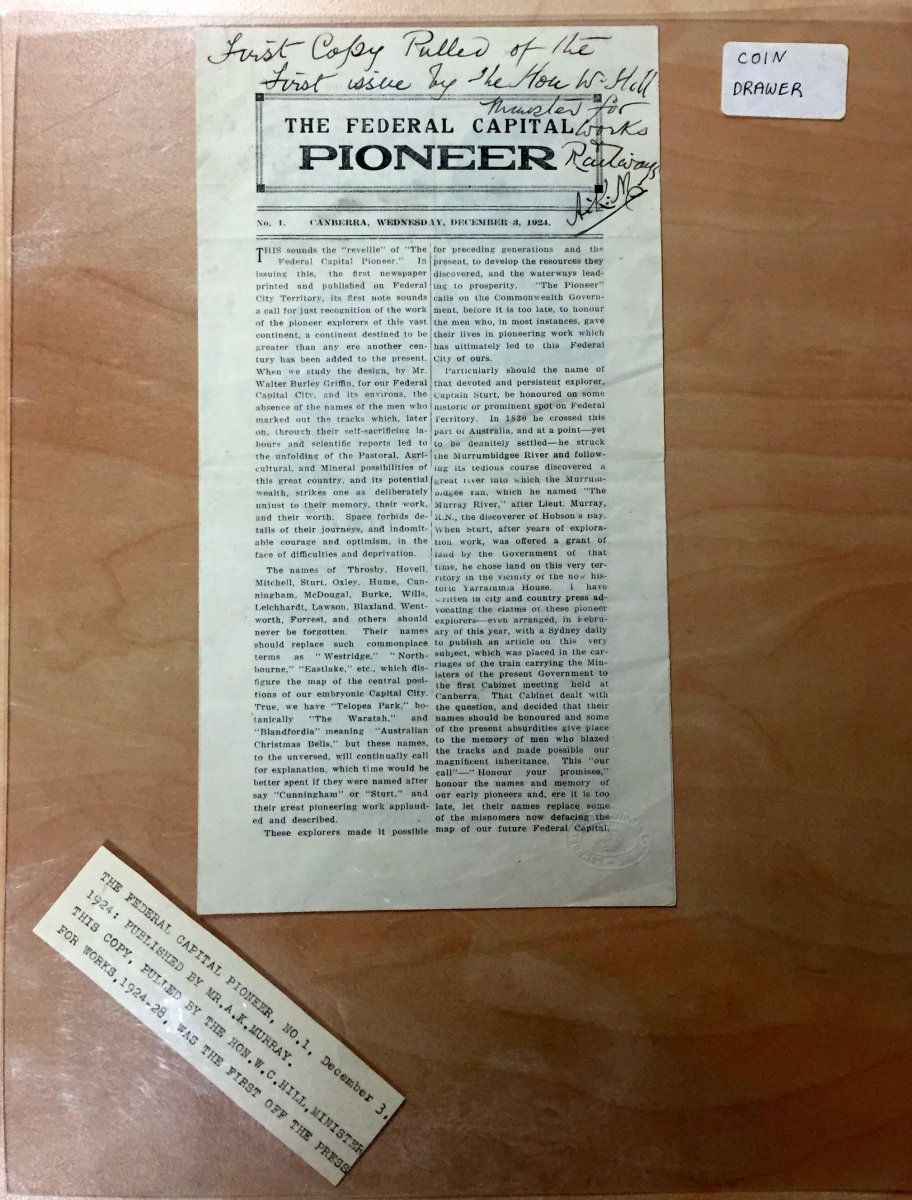 The reasons why some newspapers are in the drawer is a something of a mystery. It is hard to determine what exactly tickled the fancy of the Newspapers staff, now long gone from the Library, who included a few issues of Seaman’s Strike, but they are in the COIN drawer to stay - perhaps forever.

Maybe there's an article in a newspaper worthy of tucking away in your own COIN drawer - possibly a birth or a marriage notice, or a write up of an academic or sporting achievement? Mayhaps you've lost the article, or through time and affectionate handling, a clipping has become a tattered scrap of its former self with its provenance scarcely recalled? 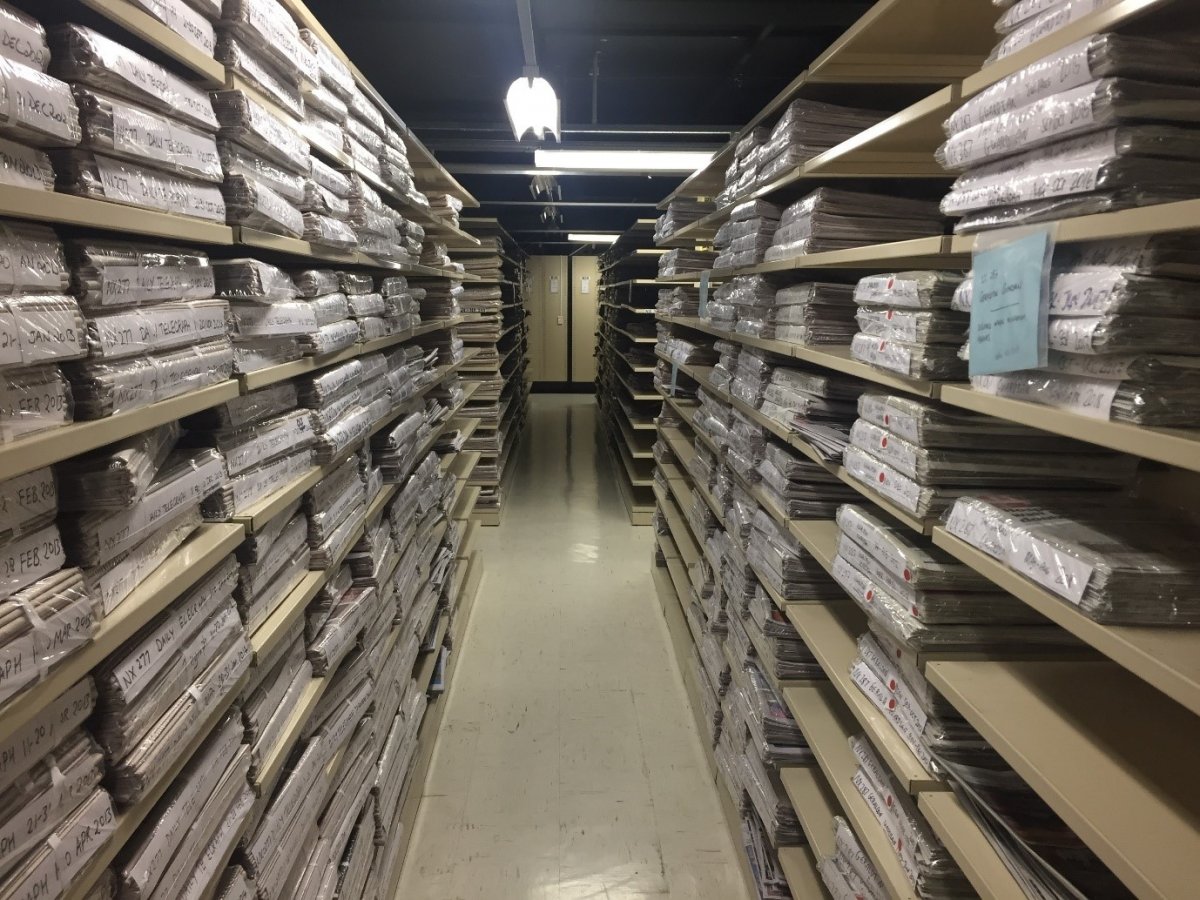 View of the Newspapers stacks on Lower Ground level 1. After the microfilm of a newspaper arrives, hardcopy newspapers are bundled and shrinkwrapped in order to preserve them.

The National Library has the most comprehensive collection of Australian newspapers in the entire world; we also have a sizable collection of overseas newspapers. Many people write to us through our Ask a Librarian service in the hopes that we can find an article amongst the newspapers in our collection. Sometimes we are able to locate the article, but other times (if a rough date of publication isn’t known) we have to recommend ways that the enquirer might have to continue on with their own search. Many copies of newspaper articles are also supplied through the Library's Copies Direct service. It’s nice to think that copies of newspaper articles from our collection might be precious enough to make it into somebody’s COIN drawer (or more likely a scrapbook) at home.

Have you come across a newspaper or an article that is interesting or significant? Do you keep it somewhere secret and safe? What have you got tucked away in your drawers?