Frank Hurley’s photographs of the Antarctic have inspired many contemporary travellers. Friends’ Committee Member Professor Diane Bell and Margy Burn, recently retired Assistant Director-General, Australian Collections & Reader Services, National Library of Australia, followed in the footsteps of Hurley, the Wilkins-Hearst Antarctic Expedition and many others on their Antarctic adventure. 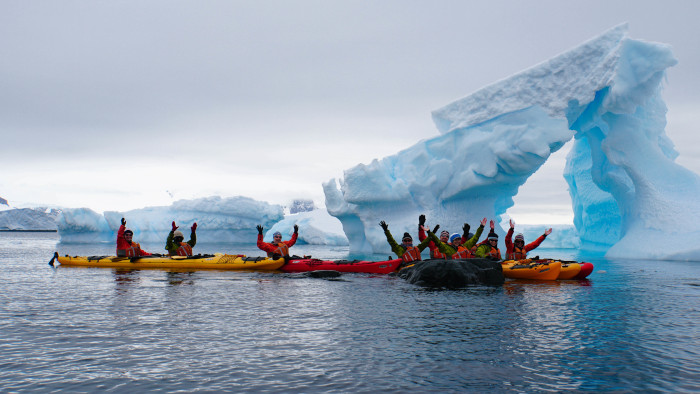 We have twelve days to explore the Antarctica Peninsula. A double rainbow frames the Beagle Channel as we depart Puerto William, Chile, on board the Polar Pioneer, an icebreaker whose Russian crew has deep knowledge of southern and northern waters. Along with 49 fellow passengers, we are briefed on protocols, safety, bio-security, wildlife, daily activities and Zodiac landings. Margy Burn and I are about to visit the ‘Seventh Continent’.

After a relatively calm crossing of the Drake Passage including sighting a Black-browed Albatross, we arrive at Aitcho Island. Gentoo penguin chicks are ready to fledge: moulting elders awaiting feather regrowth. Fitted out in dry suits and life jackets our small band of kayakers takes to the water. Each day we explore spaces beyond the reach of ship and Zodiacs. We see colonies of gentoo, chinstrap and Adélie penguins; glide towards breaching humpback whales; land on an ice-floe; kayak through brash ice, around dynamic icebergs, along a glacier face, amongst rambunctious adolescent male fur seals in the caldera of Deception Island; listen to the thunderous calving ice; note the brilliant coloured lichens. 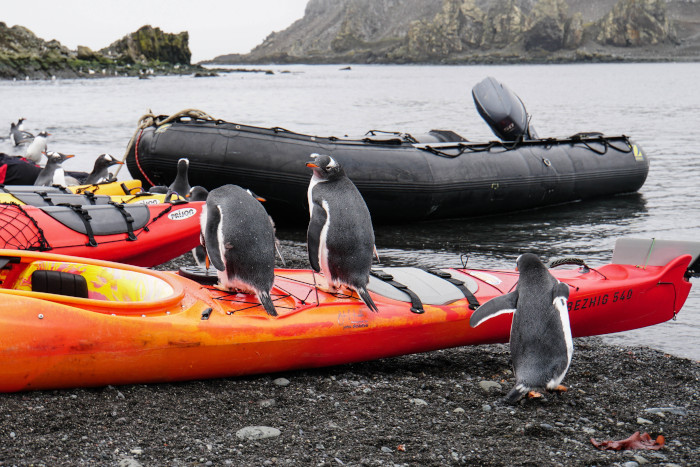 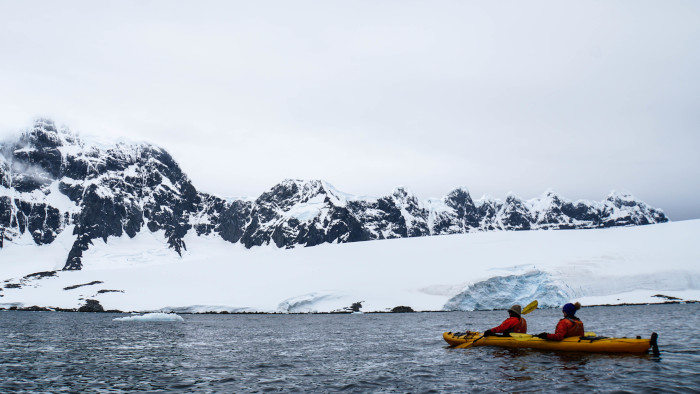 We’re in uncharted waters, so, following the tradition of earlier explorers, our log records the name, ‘Daniel’s Cove’, after our guide. 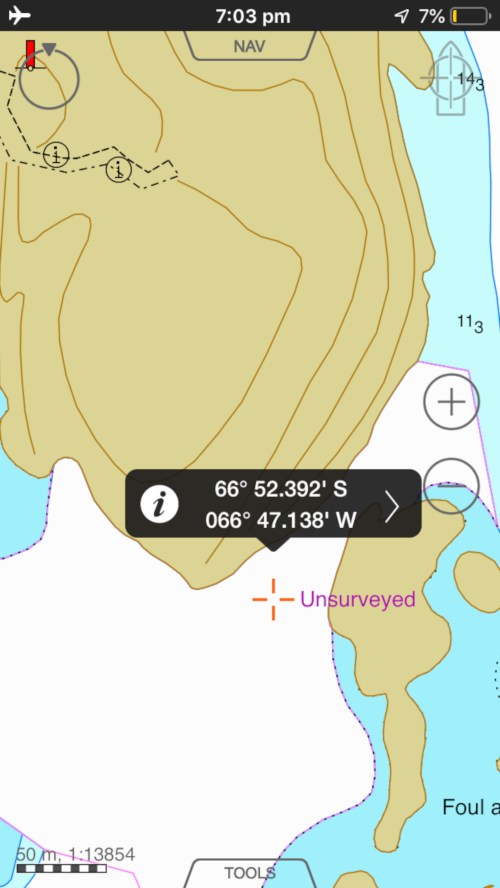 On board, from the Bridge, we glimpse an orca pod and minke whales sheltered by 700 metre cliffs of the narrow Lemaire Channel. In the warmth of the Lounge, we relax, leaf through the readings in the specialist library and share our photographs of the day. The Frank Hurley’s images that are displayed throughout the ship remind us of the enduring beauty of the environment. By way of contrast, our onshore inspections of abandoned and active scientific bases reveal the impact of shifting geopolitical imperatives. Port Lockroy, established as a WWII British base continued as a research station until 1964 and is now restored as a living museum. We mail post cards from world’s most southern Post Office. They won’t be delivered until November when the staff return for 2019-2020 summer visitors. 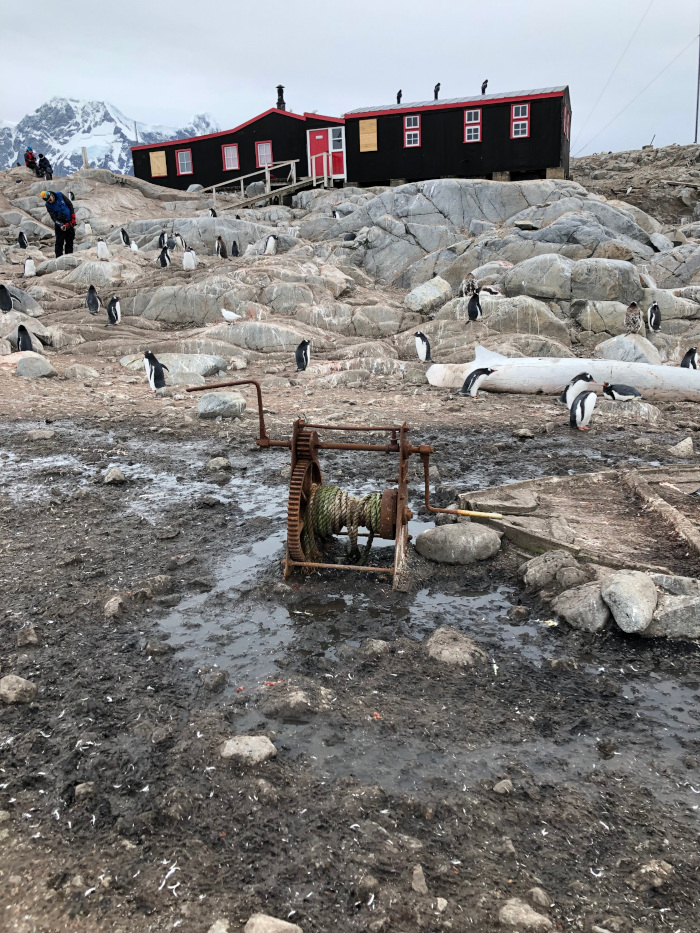 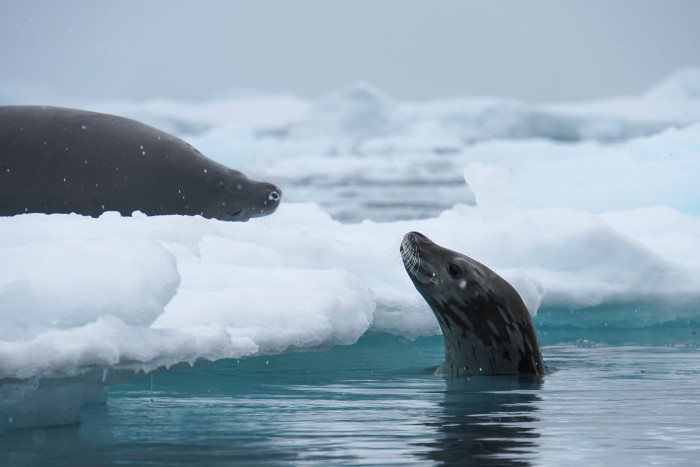 Final impressions? The consequences of enforcing an etiquette that privileges flora and fauna over human visitors is heartening. The seals, whales and penguins are curious, playful, fearless. It’s their element.