In Joseph Campbell’s work on comparative mythology, The Hero with a Thousand Faces, a book which has become almost a text book for Hollywood screen writers, Campbell argues that mythological stories follow the same basic narrative pattern:

A hero ventures forth from the world of common day into a region of supernatural wonder: fabulous forces are there encountered and a decisive victory is won: the hero comes back from this mysterious adventure with the power to bestow boons on his fellow man.

This quote is good description of the Raiders march from being a minor rugby league team to premiers in 1989. Their victory was genuinely heroic. I can’t think of a better description of the 1980s NSWRL competition as a ‘region of supernatural wonder.’ And what could be more ‘decisive’ that winning the premiership and returning to your home town and presenting the trophy to the adoring fans of Canberra and Queanbeyan.

When the Raiders defeated the Tigers in 1989 it was a great moment for the city of Canberra. The events of that Spring afternoon at the Sydney Football Stadium have now become part of rugby league mythology. There have been many grand finals in the history of first grade rugby league, but very few are spoken about in the same reverent tones as the 1989 game.

Why is this game still remembered as one of the best rugby league grand finals ever played? The enduring interest in this game comes not just from the athleticism and skill shown on the day, but also in the way that the Raiders fought their way from obscurity to Grand Final glory. This story has many of the ingredients of a great legend. Like a Norse myth there are heroic characters, obstacles to overcome, violence, drama, victory and defeat.

To understand this story you need to go back and dig through the archive. They National Library of Australia holds a complete run of Rugby League Week and Big League, the two bibles of rugby league print coverage in the 1980s. It also holds the memoirs written by players who played in that game including great page turner as Big Mal, Laurie: Always a winner, Doing My Block and Local Hero the Wayne Pearce Story. These books paint a picture of two sides filled with heroes who went into battle for their community. 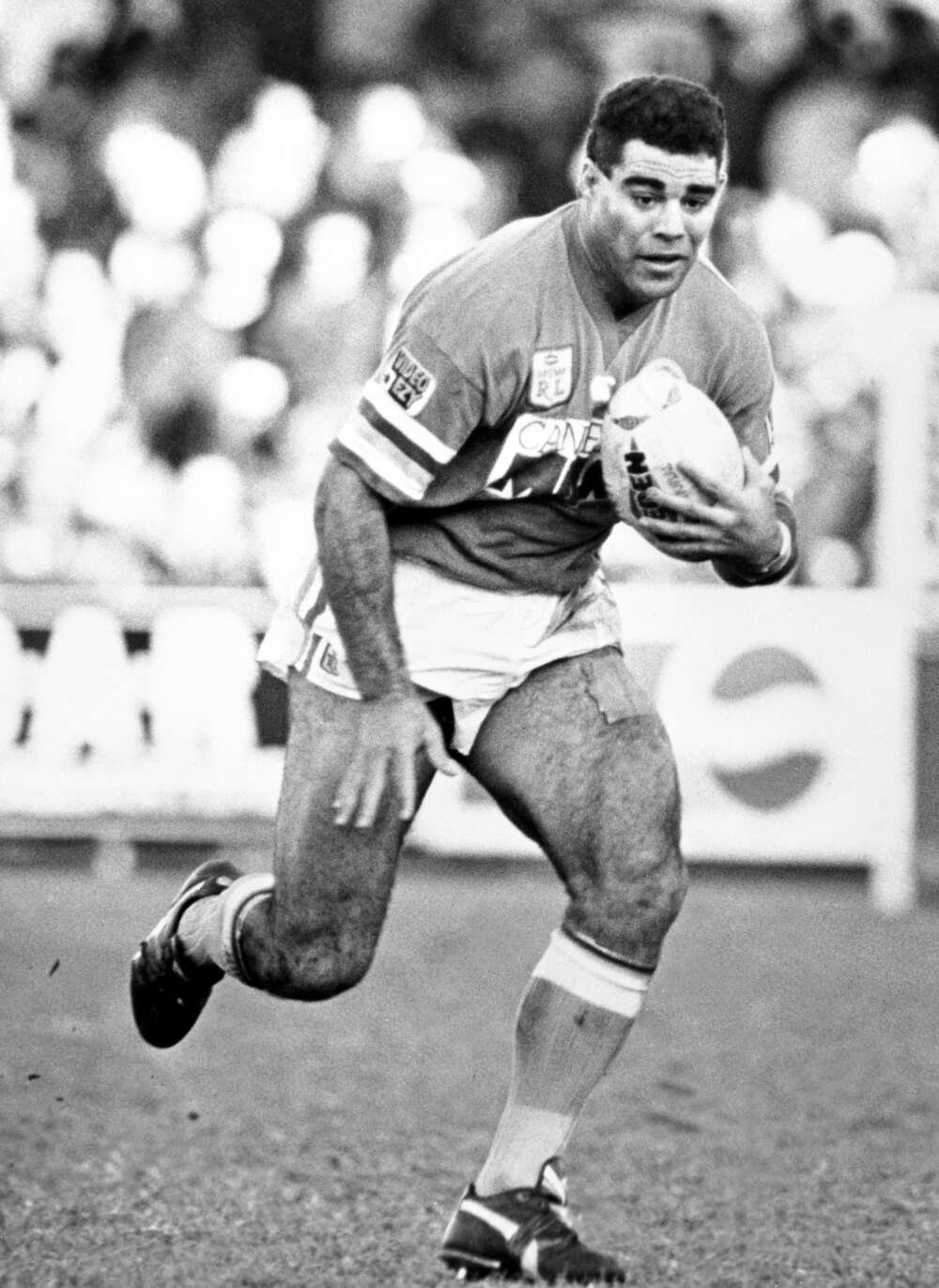 The Grand final was a gripping struggle where Balmain achieved an early lead only to see it ground down by Canberra. In the end Steve Jackson scored the winning try in extra time to win the premiership for the Raiders 19-14.

That which makes the game so fascinating is the way Balmain was so close to winning. There are several sliding door moments which give fans the opportunity to argue endlessly about what could have happened. Mal Meninga’s ankle tap on Michael Neil, when he was only inches from the line, or Benny Elias’s shot at field gold which bounced of the post, both cause Tigers’ fans to wince. For Canberra fans John ‘Chicka’ Ferguson’s late try which forced the game into extra time is still a source of delight for the lime green faithful.

There is also the drama of Balmain coach Warren Ryan’s decision to replace Paul Sironen and Steve Roach just prior Canberra’s come back try. Siro and Blocker were forced to sit out extra time and watch their team go down. When you look at the photographs of them sitting on the bench you can see the pain on their faces.

1989 was a high point in the expansion of the NSWRL league. Rugby League administrators were celebrating record attendance numbers and growing revenue. Money was pouring into the league from television rights, tobacco sponsorship and gambling rights. While the administrators were congratulating themselves on growing the game, they were not prepared for what was coming. The games growing popularity would make it a target in the coming struggle for content for cable television. It would not be long before the Super League War would tear rugby league apart.

The victory for the Raiders provided a focus for community pride in the much-maligned capital. For many Canberran’s the outpouring of lime green pride, which both preceded and followed the game, forever disproved the idea that Canberra was a city without a soul.  The victory of the Raiders was also an important milestone in the struggle between Rugby League and Australian Rules football. It was an important milestone on the road to what we know of today as the NRL.

The Raiders 1989 victory made a major contribution to helping develop a shared sense of identity in Canberra community. Personalities such as Mal Meninga, Ricky Stuart and Laurie Daley provided a set of archetypal heroes to populate the city’s collective imagination. Not long after Canberra achieved self-government, the Raiders became an important resource for building a sense of community. They helped unite the Canberra Queanbeyan region in the common goal of defeat a Sydney foe.