Utagawa (Andō) Hiroshige's beautiful Ukiyo-e woodblock prints are currently on display in the Special Collections Reading Room on Level 1 of the National Library. 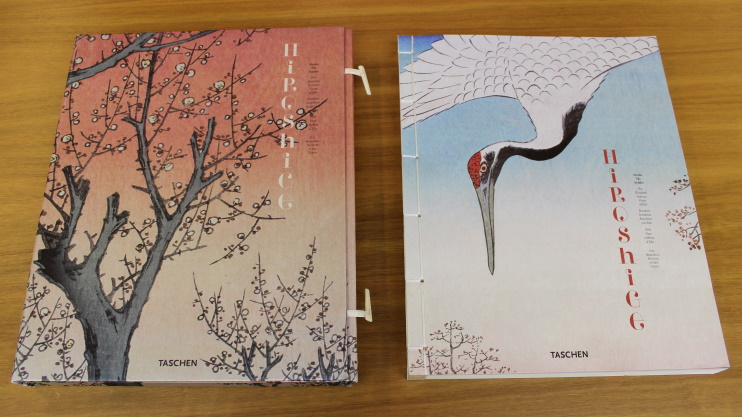 At the time the prints in this book were designed by Utagawa (Andō) Hiroshige (1797-1858) Japan was coming to the end of its period as a country in isolation. These last years of the Edo period (1600- 1868) saw the Tokugawa Shogunate, who had ruled Japan since the 1600s, succumb to political unrest and in 1868 the Japanese Monarch was restored to rule. Japan would soon become open to the West and the West would come to adore the art of the Japanese artisan.

This Japanese bound and boxed publication is a reproduction of the complete original set of woodblock prints, 100 Famous Views of Edo (1856-58) by Hiroshige, held by the Ota Memorial Museum of Art in Tokyo. The body of work presented in this publication amounts to approximately one quarter of the artist’s entire practice as an Ukiyo-e artist. 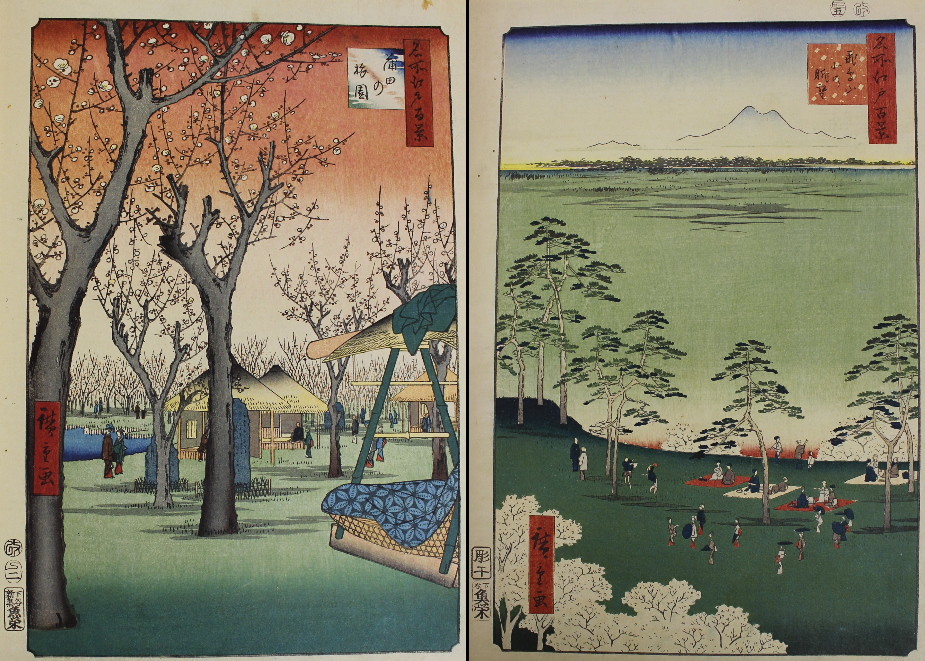 Edo, modern day Tokyo, was during this Edo period Japan’s political capital and much like its Western contemporary city of Paris, France, had its new cityscape and pleasure districts where different classes could come together and enjoy a life full of amusements. 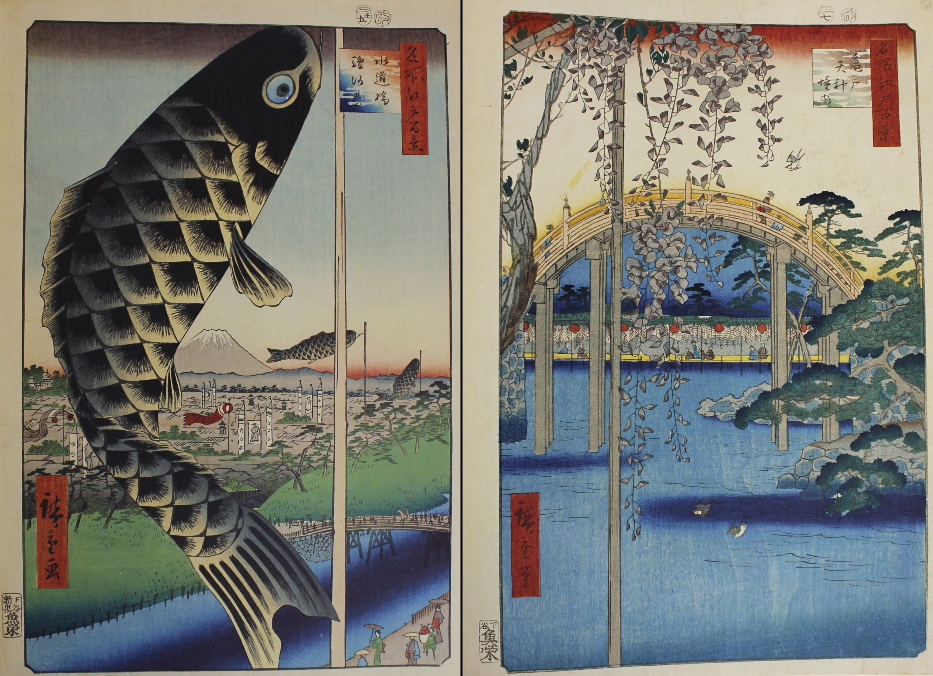 The Edo period generally saw old strict societal hierarchies that had existed for decades, between Samurai, farmers and peasants, artisans and merchants evolve and a new society emerge. Rules which governed what each class could do, how they earnt their money, and how they interacted with other members of society had changed. The prints from this period are testament to these changes. From artist, to copyist, to block-cutter, to printer, and then to publisher Ukiyo-e prints demonstrate the political, cultural and economic functioning of Japan during the mid-1800s.

Censorship was a reoccurring issue for artists and the Ukiyo-e prints. They were circulated widely due to their easy low-cost production, however were often disregarded and banned by the establishment because of their ‘improper’ content. In this way Hiroshige shows Japan from a different perspective - the seasons and climates, famous places known to many Japanese for their historic and poetic or religious significance, and other beautiful places important to the artist. 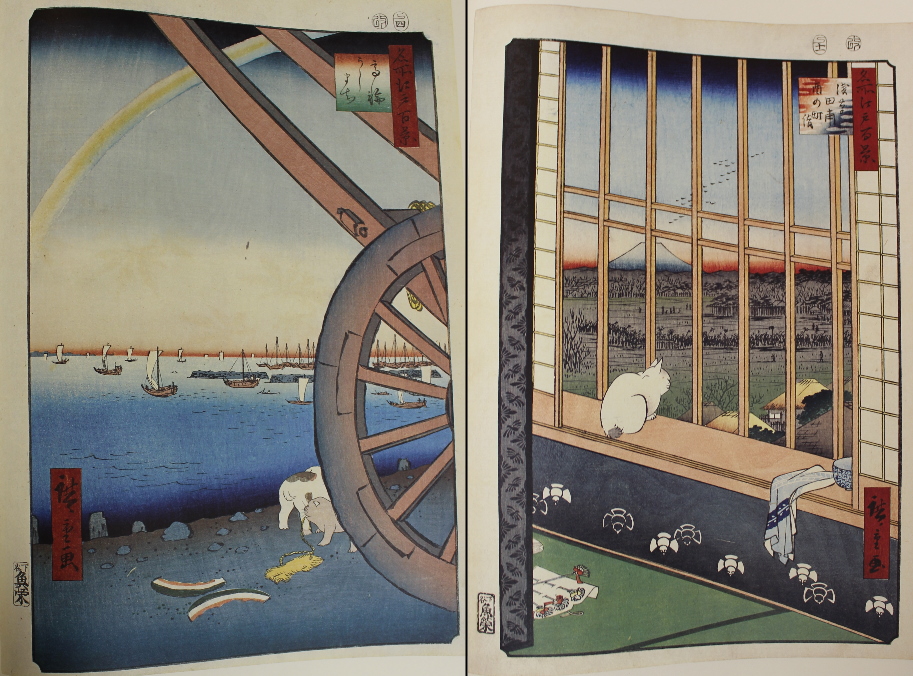 You can learn more about Hiroshige and Japanese woodblock printing tradition from the National Library’s collection. Many items on this subject are in our Asian, General and Special Collections which can be requested and viewed in the Main, Special Collections and Asian Collections Reading Rooms.

You can find these prints using the Bib Ids provided, simply entering these into the National Library catalogue. You can also have a look at our Users List, also accessible through the National Library of Australia catalogue, titled "Hiroshige" Heather (SOL) Groves's list, for other titles and items relating to Hiroshige and Japanese woodblock art.

*Please note* When Hiroshige : meisho-Edo-hyakkei = One hundred famous views of Edo is no longer on display you can still view this item by requesting it with your National Library card.