Since April 2019 Rochelle and Soma, both cataloguers at the National Library of Australia have been working on a project improving catalogue records of the First Nations collection. The items they worked on were part of a larger project to digitise First Nation items. Their role has been improving these records in four ways: 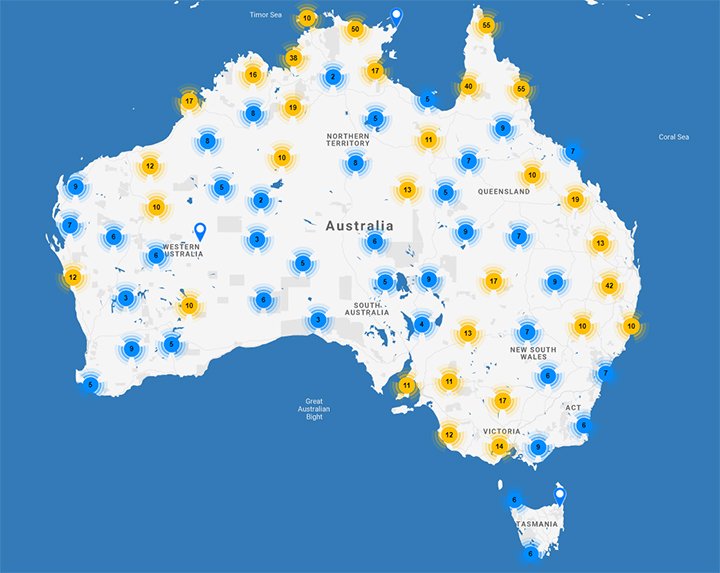 Soma and Rochelle reflect on their experiences:

The project gave me a chance to learn and improve my knowledge of the First Nation’s culture. The project work includes pamphlets, children’s books, bible translations, dictionaries, grammars, vocabularies and learning kits in many languages. Awareness of First Nation’s culture makes us appreciative of arts, music and their lives. Although I already had some knowledge about indigenous society, working on the project helped complete a picture of their culture. I learnt a lot and I will definitely be more mindful of culturally appropriate behaviour and historical issues when interacting with Aboriginal and Torres Strait Islander friends/people. I am more aware of cultural similarities and differences between not only Indigenous culture and the wider Australian culture, but also between all cultures. 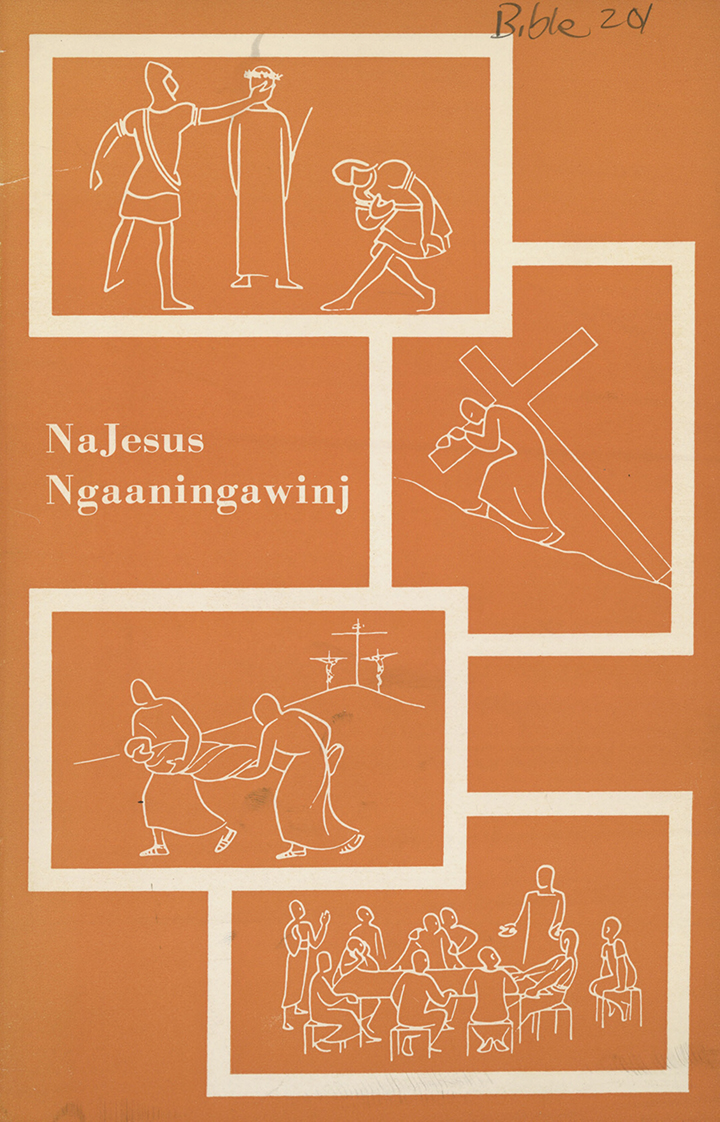 The collection contained fascinating information that was new for me, and whetted my appetite to develop my knowledge of this subject area. The project gave me a great opportunity to use my cataloguing experience and apply that knowledge to add value to the bibliographic records of First Nations collection. I found navigating databases to find answers exciting. Collecting information from relevant sources including AUSTLANG, AIATSIS Pathways (Gateway to the AITSIS Thesauri) MURA, and updating records was stimulating. I was also fascinated by the interesting information I came across, for example The aboriginal word book by Justine Kenyon defines Canberra (Kanberra) as “CROOKED”. I am enjoying sharing my experience and knowledge with my colleagues and feel rewarded when I hear “OMG I was using the wrong database”.

AUSTLANG contains over 1200 records of Indigenous languages. Languages provide insight into understanding the First Nation’s culture and their connection with their land. I feel that it is important to recognise these unique Indigenous languages spoken for tens of thousands of years in Australia. These languages need to have national recognition, and it is nice to know that we have started doing it!

Throughout this project I made significant improvements and changes to numerous catalogue records and identifying items that contain offensive, distressing and sacred content was an important part of my work. As a result, a number of items were given appropriate restrictions on access. The project was awesome, as it gave me the opportunity to utilise my cataloguing skills and experience. I made independent judgments, used problem solving skills, learnt new databases, and used wisdom and maturity to handle challenging, and culturally sensitive material.

I loved working on this project. As a Gamilaroi women I have searched the NLA’s collection for my language group multiple times and I have found material from 1856 to books published this year. I think one of the great benefits of this project is that it will make searching easier for myself and others. 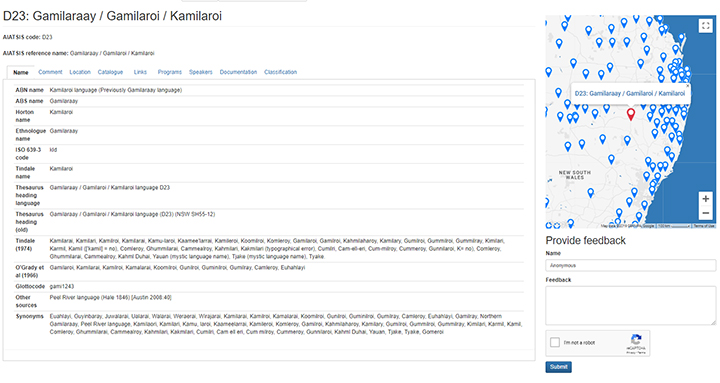 The project’s use of Austlang language codes will help people to find everything the library holds on a language group. This cuts out the need for researchers to do multiple searches because of the different synonyms or spellings a language may have. This is particularly significant as many First Nation languages may have a dozen or more synonyms that have been used over time. Austlang codes will also help cataloguers know what to record. For example, if I see ‘Camleroy’ I would also enter ‘Gamilaroi’ or ‘Kamilaroi’ in a note in the record but others might not link the synonym to the more commonly used language name. Just like I don’t know all the synonyms to languages groups in other parts of Australia. This in turn makes it harder for users to find the material in the catalogue later. Austlang codes should thus help grant more access to these items. 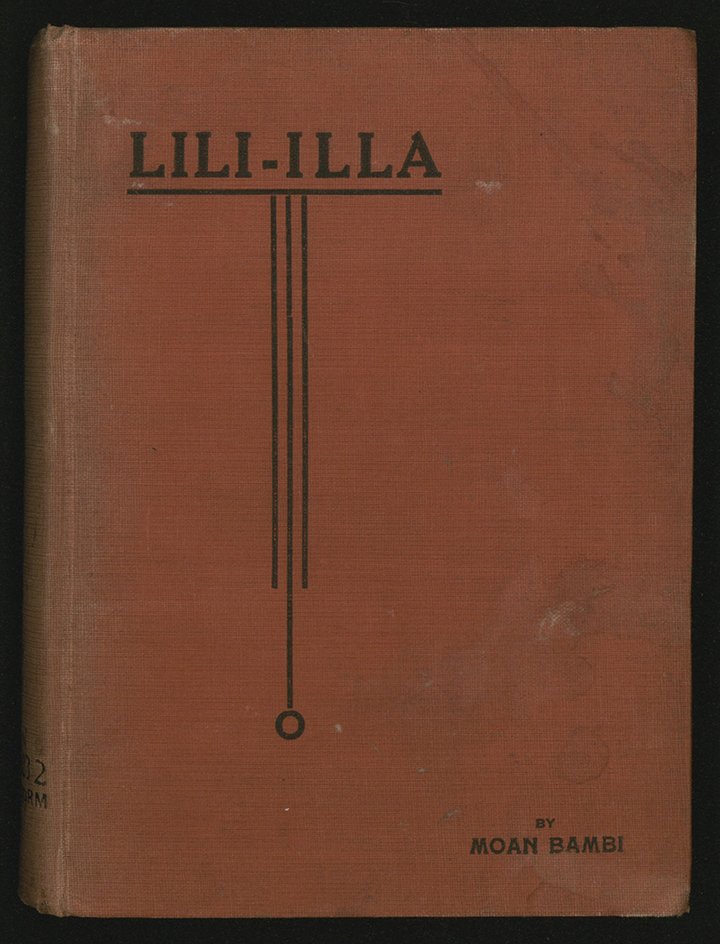 During the project it was fantastic to have had the opportunity to research and to read the material. One of my favourites was Lili-Illa : a romance of the Australian Aborigines by Moan Bambi. Perhaps, a bit of a predecessor to Mills and Boons, Lili-Illa published in 1923 tells the story of a European infant who is shipwrecked and raised by loving Aboriginal foster parents. Lili-Illa grows up to become the apprentice to a mystical man and a chief and then later falls in love with a shipwrecked captain. While slightly over the top at times it’s interesting to compare it to other works published at the time that included First Nation characters.

Other favourite items that mention my language group include Mathews' Languages of the Kamilaroi and other aboriginal tribes of New South Wales and Ridley’s Kamilaroi, Dippil and Turrubul : languages spoken by Australian Aborigines. 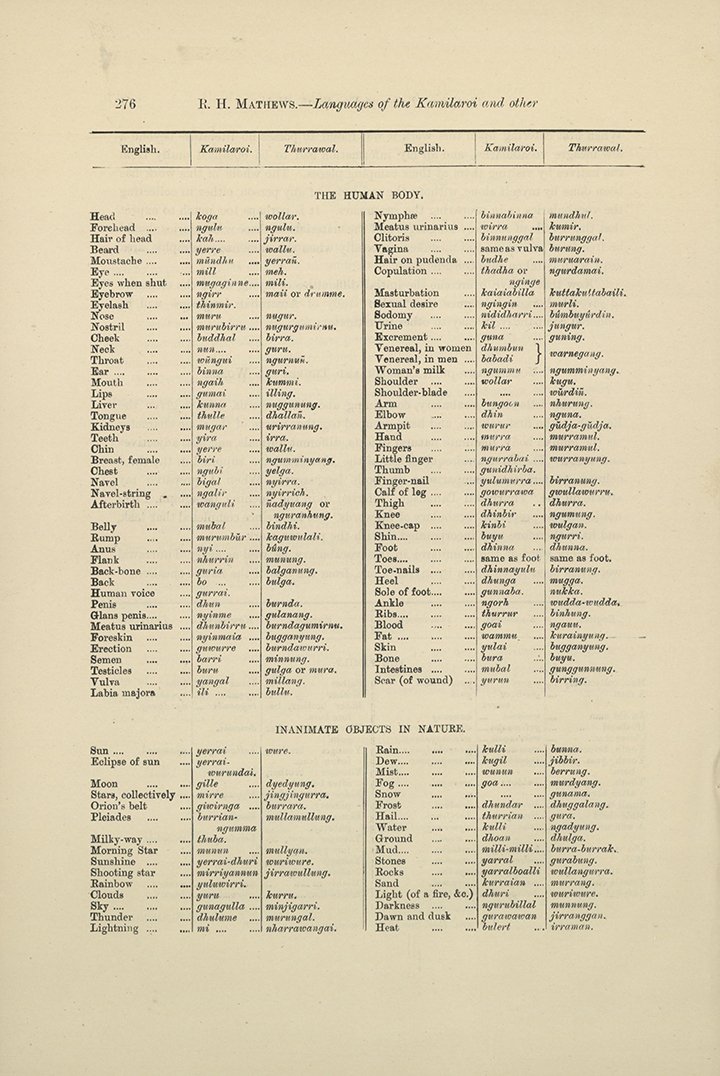 R. H. Mathews, Languages of the Kamilaroi and Other Aboriginal Tribes of New South Wales(London: Anthropological Institute of Great Britain and Ireland, 1903), nla.cat-vn1874354

For me, this project helped highlight the importance of adding warnings. Many of the works needed a note stating “This book contains language, words and descriptions that may be considered offensive or distressing. These words reflect the attitude of the period in which the item was written and/ that of its author.” While the information contained within them was often interesting, it was also often upsetting. When deciding to add a warning I always thought of how I would feel to read some of these things without expecting them.