The Library's Maps collection covers Australia, the world and beyond. Working with this collection, staff always find a favourite item. Read on to find out some surprising historical facts and collection quirks.

1. Small worlds to keep in your pocket!

The Library has a big collection of small globes. Called “pocket globes” when they were first created over 200 years ago, they were intended to be used as teaching aids or conversation starters.

Pocket globes were sometimes kept in sharkskin or wooden ‘shells’ and could be carried in pockets or purses, to be used when discussing the latest explorations overseas (like Australia). Most were 7-8 cm in diameter - a little smaller than a cricket ball. 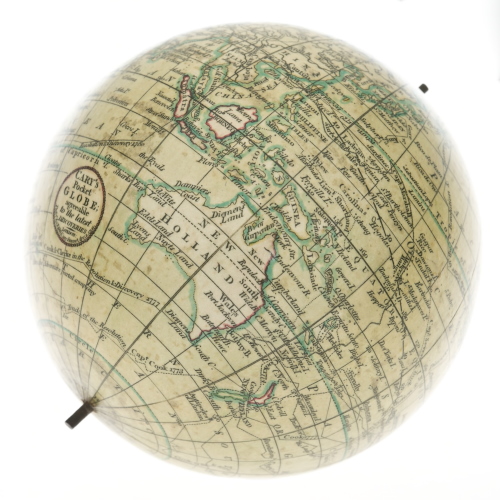 From the small to the massive…

2. The industrial birthplace of India

Jamset Nusserwan Tata, founder of the Tata Group of companies, dreamed of a modern private Indian iron and steel industry, based around a planned city.

Jamset’s son searched for an ideal location, eventually settling on the village of Sakchi, in Dhalbhum district of Bengal, near major Indian coal reserves. The first steel ingot rolled off the mill in 1912. Then in 1919 the Viceroy of India, Frederic Thesiger, Viscount Chelmsford (1868-1933), previously governor of both Queensland and NSW, renamed Sakchi "Jamshedpur", in honour of Jamset Tata. 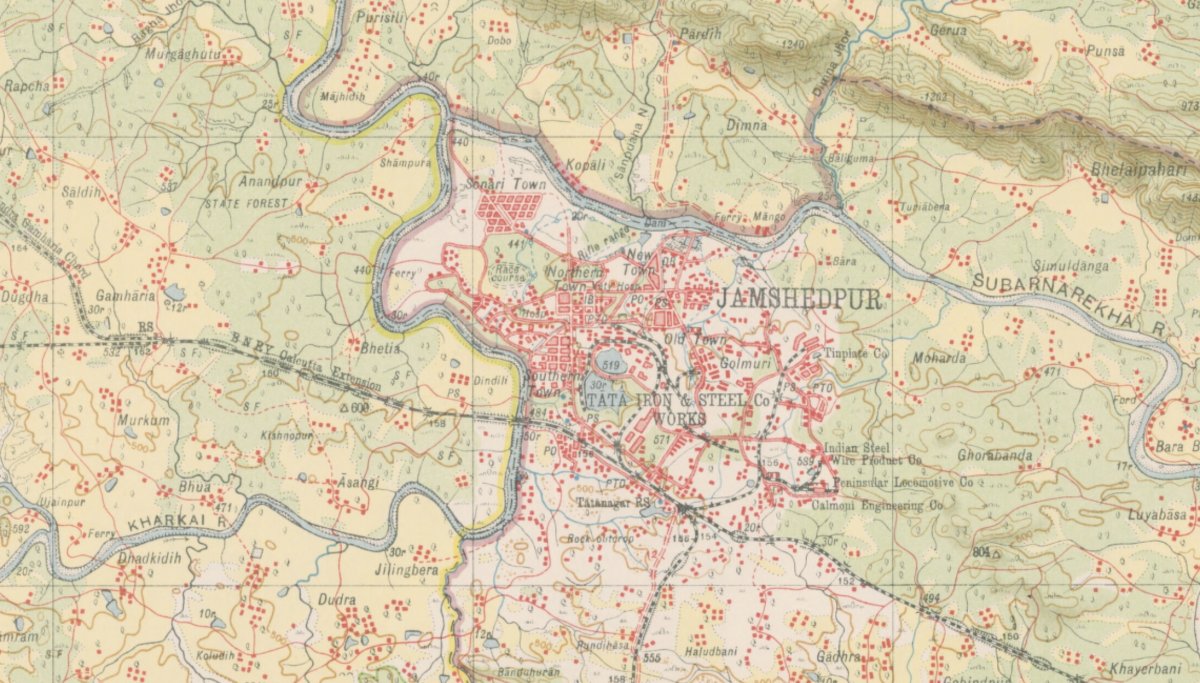 By 1939 the Tata Steelworks were the largest in the British Empire. Today, Jamshedpur is a city of over 600,000 people, and is the capital of East Singhbhum District of Jharkhand state.

This beautiful 1929 map (pictured above), from a series covering all of British India (modern Pakistan, India, Bangladesh and Burma), clearly shows the planned city and various other related companies, nestled at the junction of Kharkai and Subarnarekha Rivers.

Now on to some less visible metals…

This 1960 Tolkienesque map of the NSW Budawang Range is just perfect for bushwalking – well, mostly… It’s not often that you have to ask yourself, should I have an explosive, or non-explosive bushwalk? 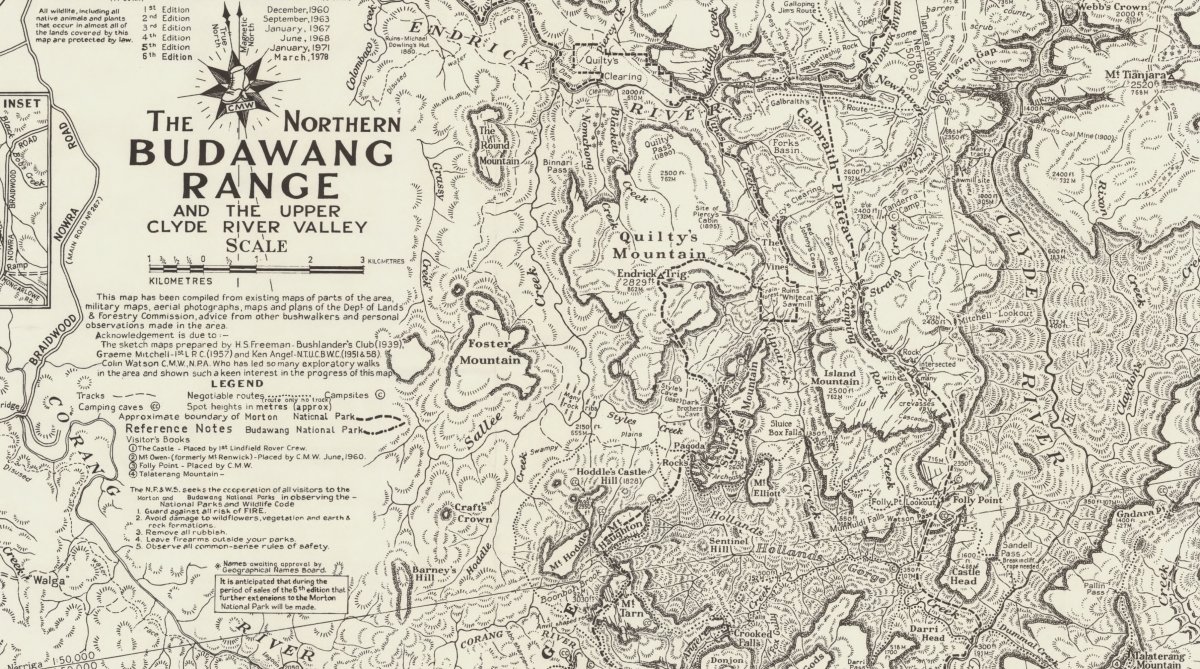 If you answered the latter, then why not inspect the later 1986 version of this map that highlights sections of live explosives aka. Unexploded Ordnance (UXOs). Many have been found both on the surface and buried in the soil, so they may not be visible to the naked eye. Why are there explosives in a National Park? Well, This is because Clyde Gorge and Tianjara Plateau once had been subject to years of artillery practice, it wasn’t til later that they were added to Morton National Park.

The 1986 map is great for identifying where to not stand, walk or even nail a tent peg. Word has it that only a slight degree of tilt on any UXO will cause an explosion. So good to watch out.

From safety to sating appetites…

4. Australia’s ‘all you can eat’ menu options

While you’re on a long walk and you’re feeling a bit peckish, why not dine out?

Here in the maps collection you can check out Oz’s ‘all you can eat’ menu options, with our Bushtucker maps.

These maps are not available online due to Australian copyright regulations, but they are invaluable in locating food sources from native plants across the country. So come plan your next adventure and visit the Library!

Do you like to pair your wines and cheeses? The Library holds a number of foodie orientated maps: come and see our wine maps, or perhaps the Carte gastronomique de la France - (note the many crème and Fromage districts) Carte des fromages de France .

There are also farming maps, which can answer a range of questions, including where do different prawns come from in Australia? All your foodie questions can be answered and beautifully illustrated on Maps. Here’s a map that shows your good ol’ Cows and Minerals…. 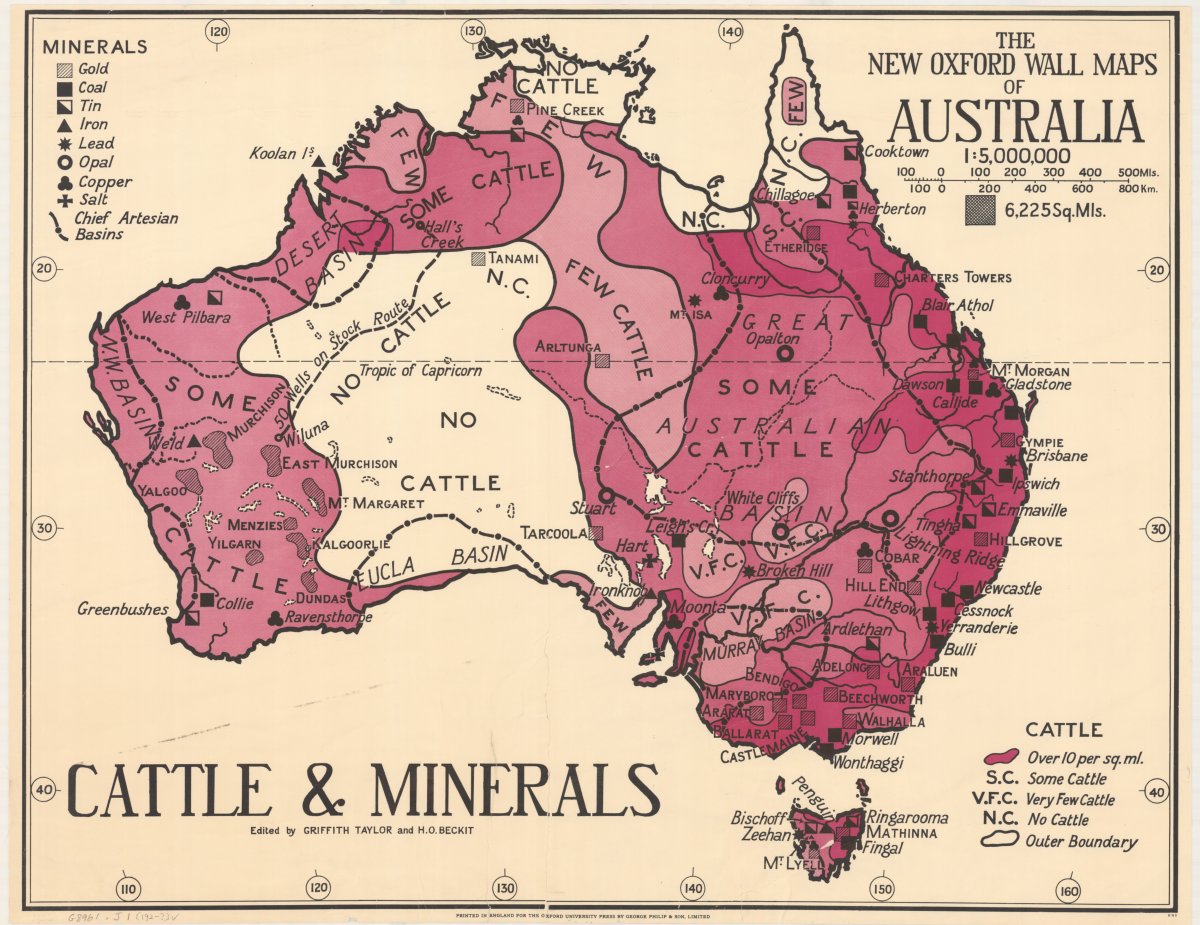 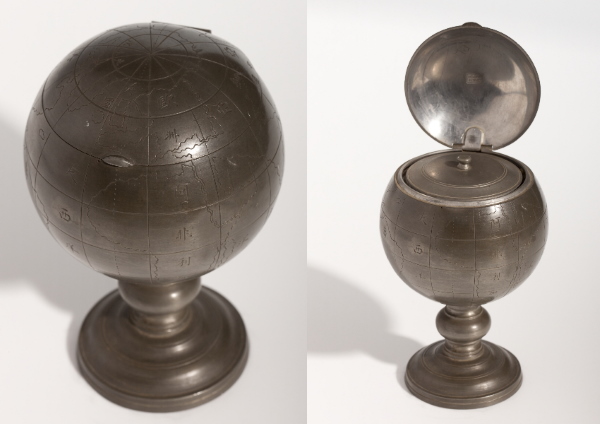 Have you ever noticed a metallic aftertaste when drinking tea? Why not try a pewter tea caddy to store those valuable leaves. According to Chinese tradition, pewter was thought to eliminate metallic overtones in your favourite brew. The tea caddy globe (above) is a fine example of craftsmanship from the late Qing/early Republic period. Tasmania didn’t make the cut, sadly.

Now that you’ve brewed the perfect cup of cha, sit back and take a gander at just how passionate the world is about tea. Drilling down to Australia, you can see how tea keeps our farmers going! 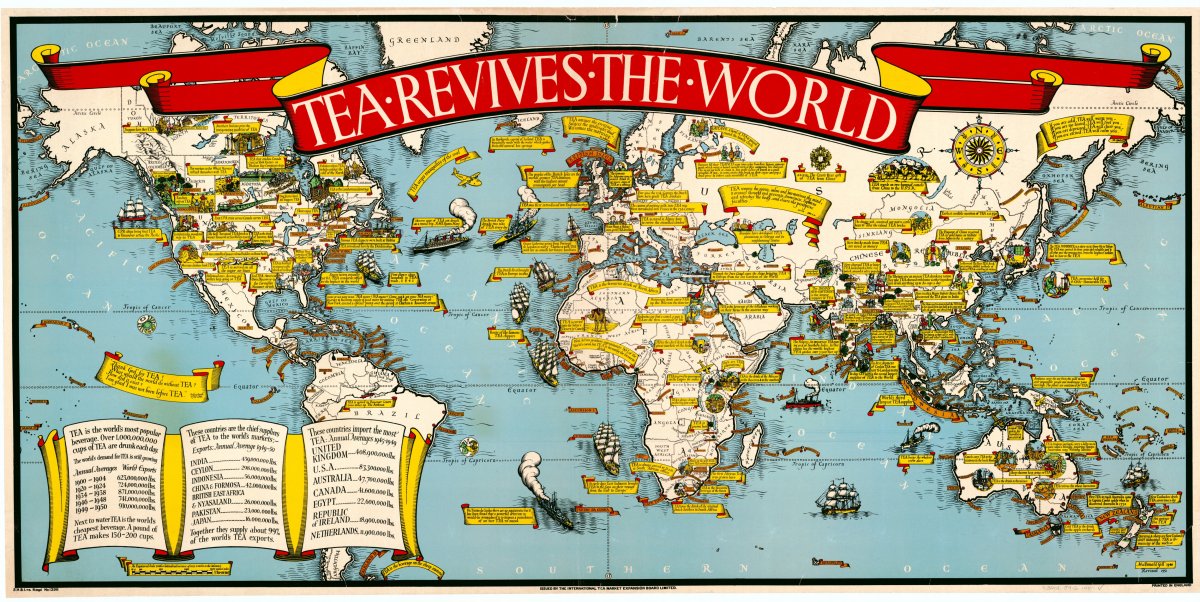 Or why not drill further, and see what archaeology says about your family history?

7. Archaeology and discovering your stories on our historical maps

Do you ever wonder if you can look back in time and see how the land was used before you? 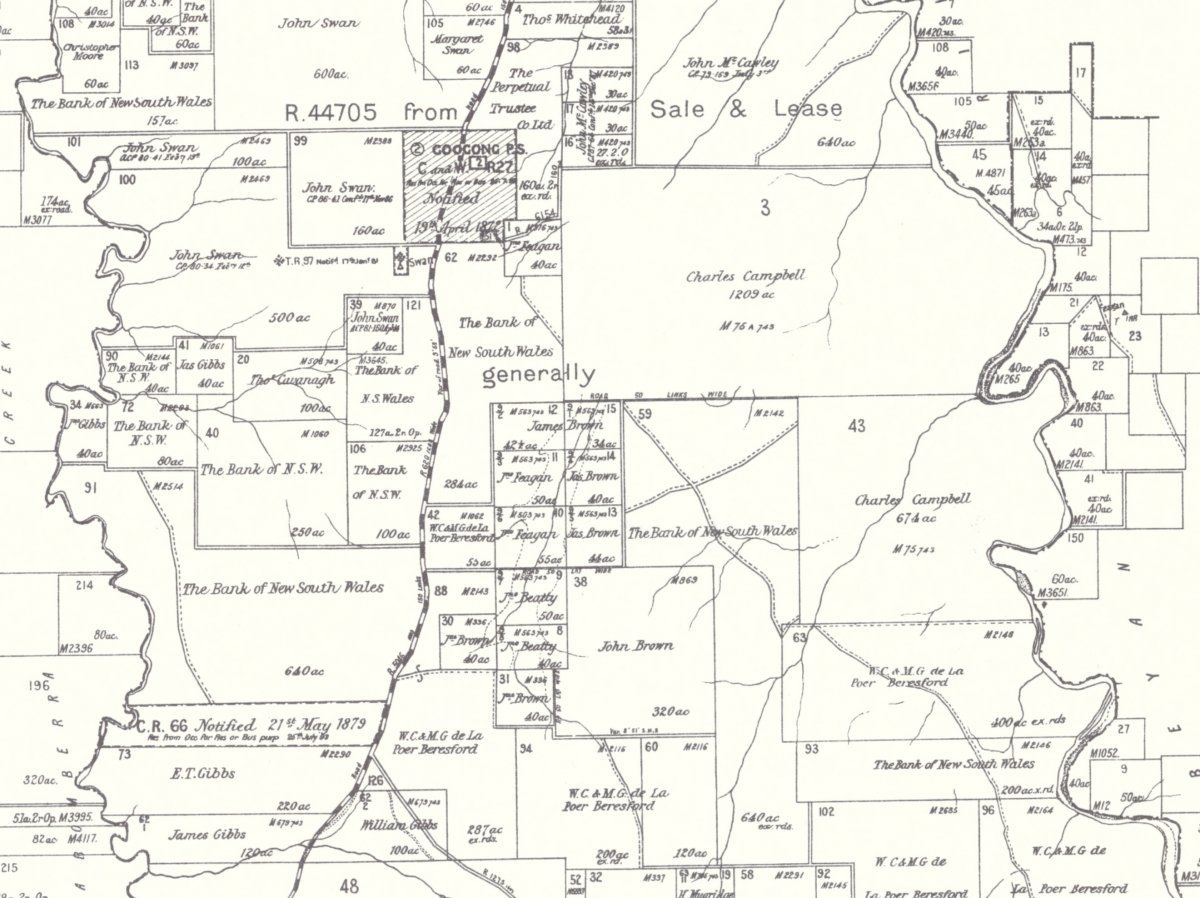 In the late 1800’s to early 1900’s, Library Officer Quentin’s family had moved about for work as shepherds for the Campbell family. Her grandma use to tell her stories of how she went to school on a horse and cart. Years later, an archaeological dig revealed that there was an old school house in the Googong area.  Quentin viewed the maps of the Parish of Googong and the Parish of Tharwa to see how far the Campbell’s property extended. This explained the distances travelled and how they could easily visit other homesteads. Looking at historical maps brought her great grandmother’s stories to life.

From lively stories, to livestock…

8. Tracing land use and pathways

Pastoral maps are great resource for tracking down that sheep station Uncle Jack used to work on as a lad (so he says). And they often contain indexes to series mapping that you might not notice at first glance. In the pastoral map below of Western Australia, you can see the index for the 300 chain cadastral series, which the Library has now digitised in full and released to Trove. 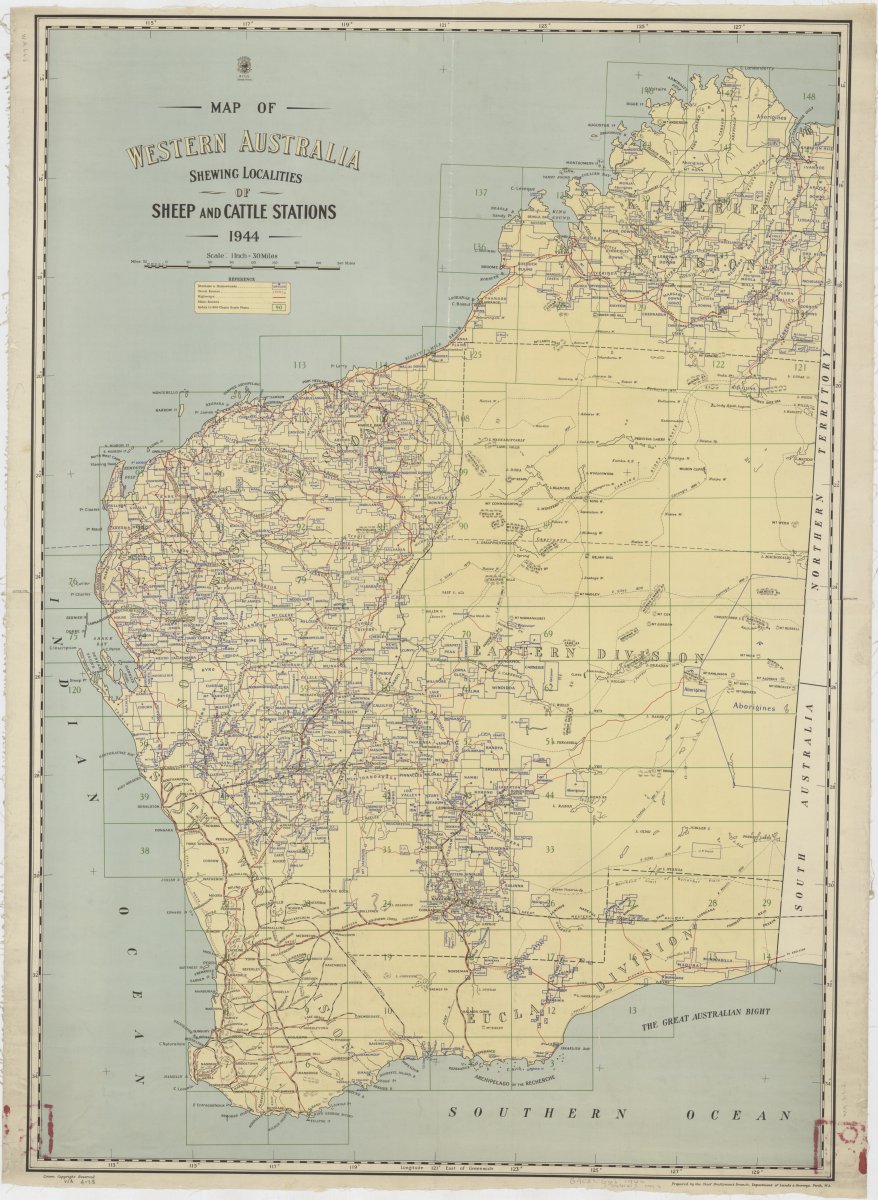 Historical property mapping is a fantastic resource for keen family historians. You might have had a family that travelled round Australia on a horse and cart or herded cattle, or you might want to trace Aboriginal pathways – in which case, check out our Australian Stock Route Maps.

You can use maps to trace your own family history, and also to get a sense of a map collector’s family life…

9. Maps with a personal touch

Individuals’ map collections offer glimpses into their interests and personal lives, particularly when the maps bear the notes or other markings of their collector. As well as being an intrepid businessman and cinephile, Singaporean Loke Wan Tho was a keen ornithologist: here you can see the bird nest locations he penned on a 1940s Guide map of Yellowstone National Park, and on a 1952 hydrographic chart of Hong Kong: 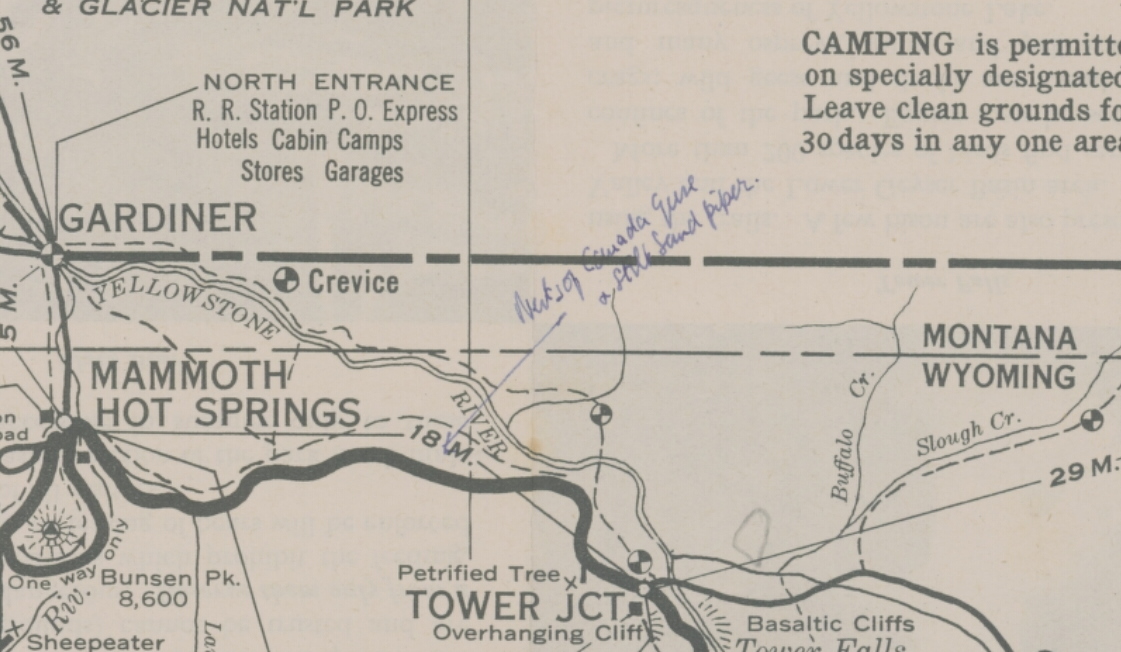 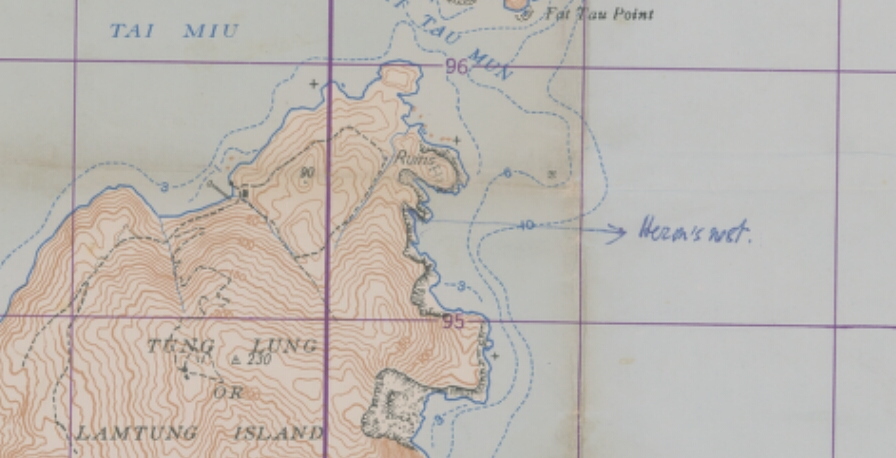 Sometimes the surprise, and a whole other story, is on the back of the map. Like this artwork piggybacking on an agricultural leases map in the collection of J.R. Black, a Cadet Patrol Officer in New Guinea. Who knows the artist – one, or many, of his two daughters and three sons? And who might the figures drawn be? 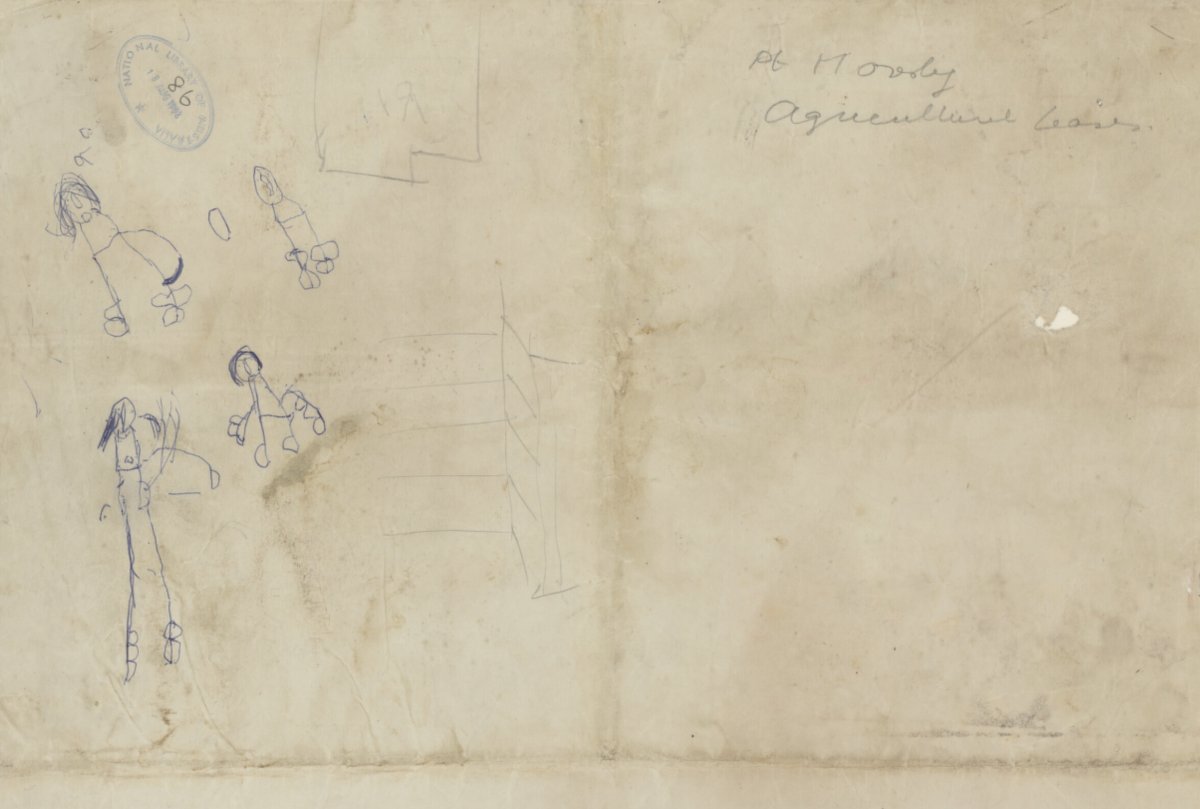 Want to delve further into your national map collection? It’s easy to get started in the NLA catalogue or Trove. Type a place name and map type (e.g. topographic, tourist) or scale into the search box, limit to ‘Map’, and see what paths you can travel! If you'd like more information about the NLA Maps collection, take a look at our Maps Collection page, our Research Guides and the Find the Map you Want Webinar.