When I first started working for the National Library of Australia, the exhibition Deeds Not Words was on display in our Treasures Gallery. Curated by Dr Beatrice Bijon, the exhibition featured photographs, pamphlets, newspaper cuttings, suffrage periodicals, postcards and correspondence from the Library’s extensive Bessie Rischbieth collection.

But, there was one image from the Rischbieth collection that stopped me in my tracks. It was of a woman named Katherine Douglas Smith, standing with resolution and courage, addressing a huge crowd of men outside a factory. For me, the image embodies the determination and bravery of feminists across history. 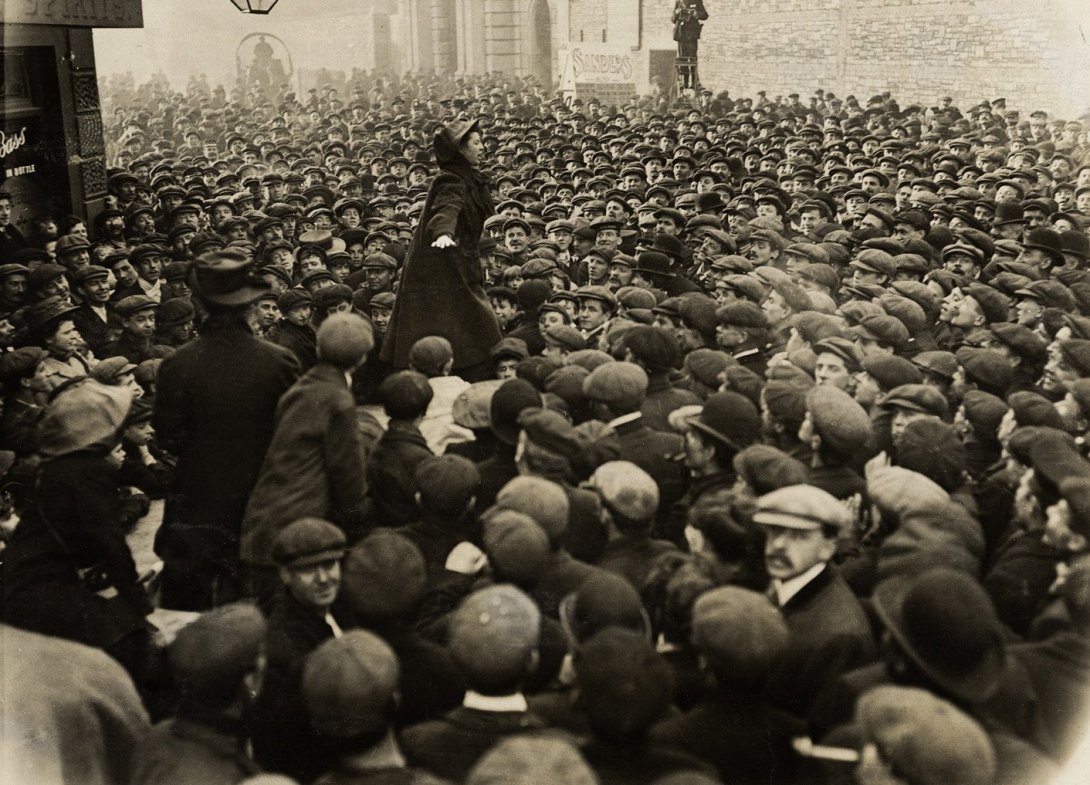 Katherine Douglas Smith addresses a crowd of men outside a factory, Album: "A Pictorial History of the Suffrage Movement in Great Britain 1906-1913", Papers of Bessie Rischbieth, nla.obj-409666072

As a young woman, I’ve always been aware that the privileges I am able to enjoy today were brought about by those who came before me. My life was shaped by a world that no longer exists and by the women who marched, spoke up and sacrificed so much before me. Women just like Katherine Douglas Smith, who stood up for what they believed.

I am also aware that we still have a very long way to go. Today in Australia, one woman a week is murdered by her current or former partner, 85% of women have been sexually harassed in their lifetime, Australia’s current gender pay gap is at 13.9%, women remain underrepresented in senior roles and positions in society and continue to carry the load of caring and unpaid domestic labour responsibilities.

I’m sure if you were to ask most Australian women if they believed in gender equality, the answer would be a resounding yes. But if you ask Australian women if they are feminists, the answer may be a little less decisive. The word feminist seems to make some people a little uncomfortable. I’m sure we’ve all heard women say ‘I’m not a feminist, but I believe in gender equality’ or ‘I’m not a feminist, but I deserve to feel safe walking home at night’.

Even if you’re one of those ‘I’m not a feminist, but…’ people, it’s undeniable that learning about women’s struggles throughout history can show us where we’ve come from, where we are now and help us navigate to a better future. 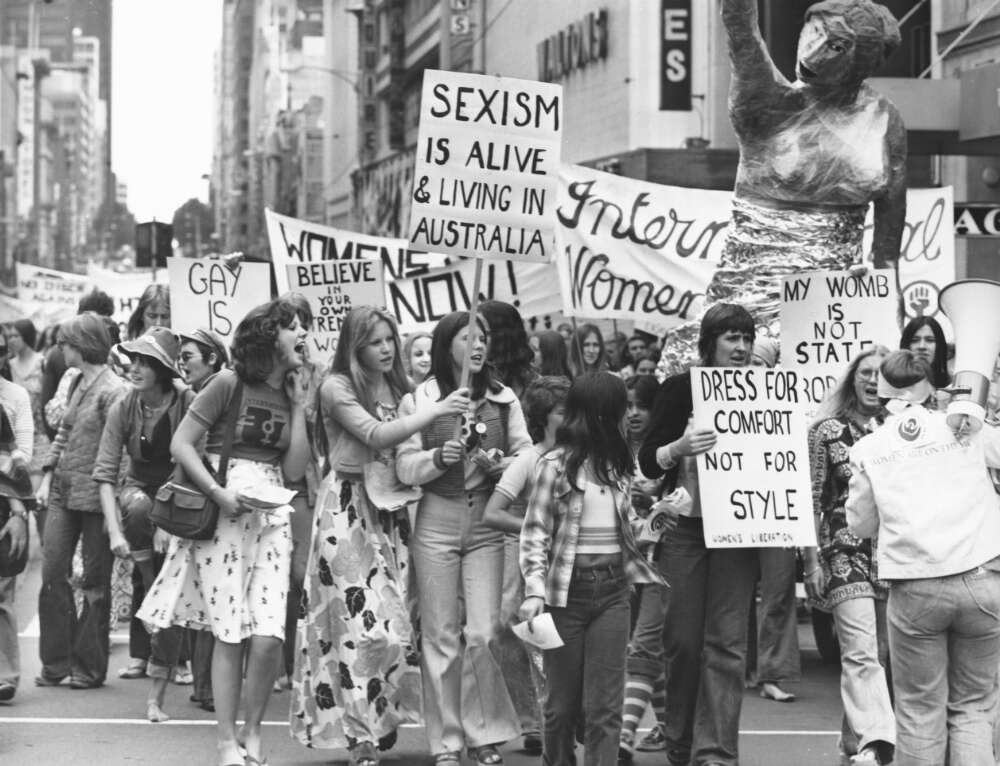 The National Library is a fantastic place to look for resources on feminism and equality. I’ve brought together a (by no means exhaustive) list of must-listen, must-read and must-watch feminism related Library resources below.

These essential talks and resources are accessible from the comfort of your home and delve into the intricacies of feminism, examining current and historic realities in the pursuit of equality.

In this passionate and interesting podcast, Emily and Zoya chart a course through the history of feminism from the first wave to the fourth, from suffragists to riot girls, from equal pay to #MeToo. It shows us how we got to where we are today and it reminds us that some battles must be fought over and over again.

Listen out for this very powerful quote from Emily:

“One of the really important things I realised was that there’s always been division within feminism and there’s always been people who don’t necessarily use the word that everyone else is using for what they’re doing… I think that it is a strength that feminism is so diverse in all of these different ways.”

I’m not sure what I found more inspiring about The Shrieking Sisterhood talk, Dr Bijon’s recitation of the poem by Edmund Vance Cook or Dr Summers advocation that the history of women’s struggle must be incorporated into the main history of the country.

Dr Bijon’s curator talk, explores the history of suffragists and suffragettes in Britain and the Bessie Rischbieth collection in more detail. Dr Bijon speaks about the fear many women had about speaking out. Sound familiar?

Watch the 2017 Kenneth Myer Lecture as Dr Summers lays out the four principals of women’s equality in her ‘Women’s Manifesto’ and the policies required to realise them.

Or hear Dr Summers tell stories of the gender inequality prevalent in journalism and politics and how she broke through so many boundaries to show what women can do.

The book launch of Fight Like a Girl by Clementine Ford

“My dad always said to me when I was growing up, you’ll catch more flies with honey than you will with vinegar. But I also make the point in the book that he never said that to my brother, it’s only ever girls who hear that.”

In this podcast hear Michelle Arrow speak about the importance of the 1970s in reshaping the public meaning of private lives as women’s liberationists lifted the veil on the private sphere and expose it to public scrutiny to effect change. Dr Arrow says:

The book launch of You Daughters of Freedom by Clare Wright

Listen to Clare Wright give an alternative view on the ‘birth of our nation’, speak about why it was so important that her book You Daughters of Freedom follows five separate characters and why it’s essential that these women are written back into the story of nation-building in Australia. Clare says:

In this National Library oral history, Jessie Street speaks about the quality of life for women in Australia at the beginning of the century, how the war was a catalyst for change for women, her experience working with prostitutes in New York, how she prepared for her speeches and she reads a passage from her book Truth or Repose.

Germaine Greer outlines her ‘beefs’ with the Australian press in their representation of women at the time. There’s quite a few statements in this address that are scarily familiar to today. Germaine Greer says:

“One of my principle beefs [with the Australian press] is that, they perpetrate the dream and they refuse to examine the reality. They constantly talk about how things ought to be, and they very seldom address themselves to the way things really are.”

“The Australian women deserve to appear in newspapers and not just as a figure in the news, as the nameless victims of rape, as cheesecake pictures, as other kinds of murder and outrage victims. I think we should quite deliberately adopt a policy of building up our women folk and being proud of what they do.”

This Digital Classroom module written for teachers is perfect in this time of online learning and even if you aren’t a teacher, there’s still a lot to learn by reading it.

What Now For Women's Lib The Women's Weekly 1973 article

For my last pick, I’ve chosen this 1973 article from The Women’s Weekly, which is fascinating to read and compare to the current day. It's also interesting that it's written by a man.

And if these resources aren’t enough to keep you busy, here’s my (mostly) Australian feminist must-reads: 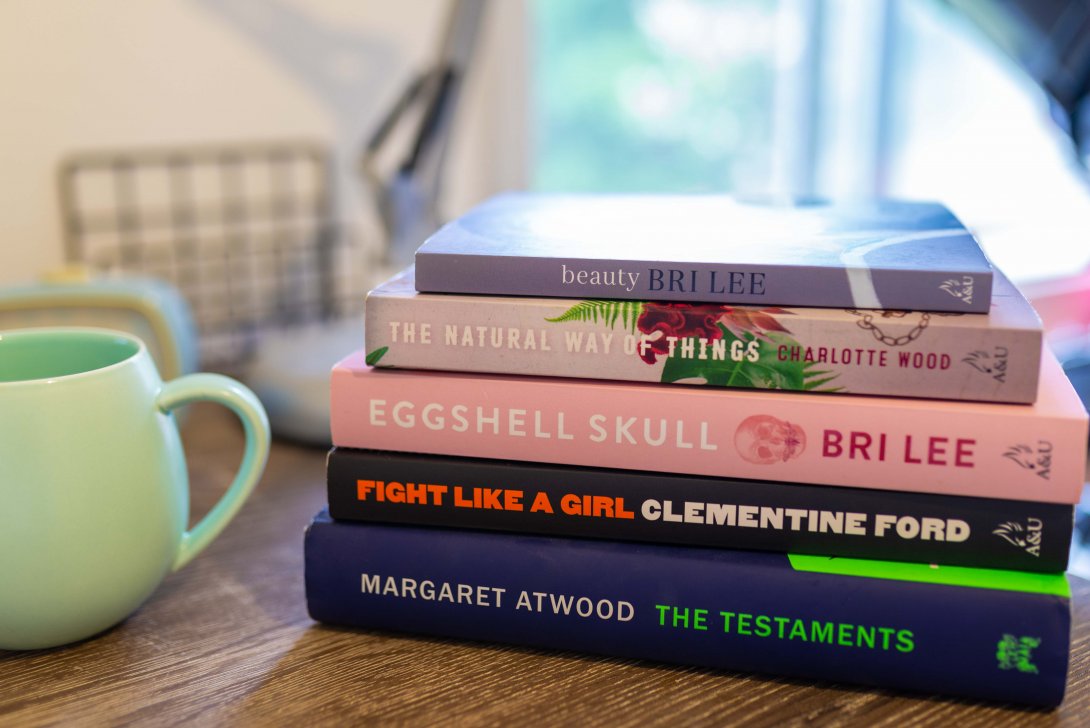 Find all of the talks featured in this blog on Spotify and SoundCloud.