On May 9, Old Parliament House celebrates its 93rd birthday; the new Commonwealth of Australia finally had a home for its Parliament. The building was designed by John Smith Murdoch (not related to the media family) and situated on the spot where Walter Burley Griffin popped it in his original design for Canberra back in 1911. 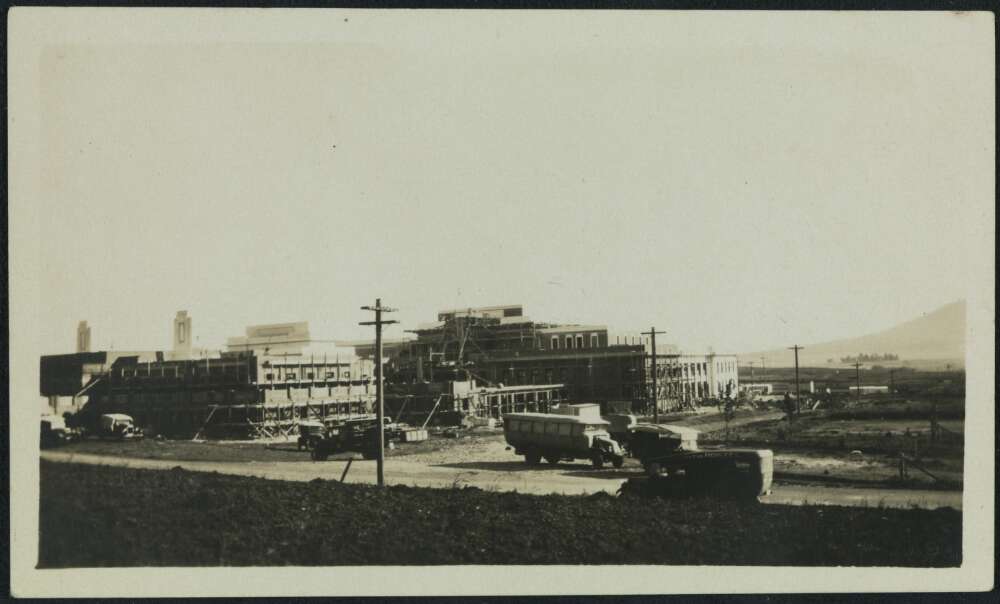 Construction began on Parliament House in 1924 and toward the end of 1926, the move from the Parliament’s temporary home in Melbourne began. 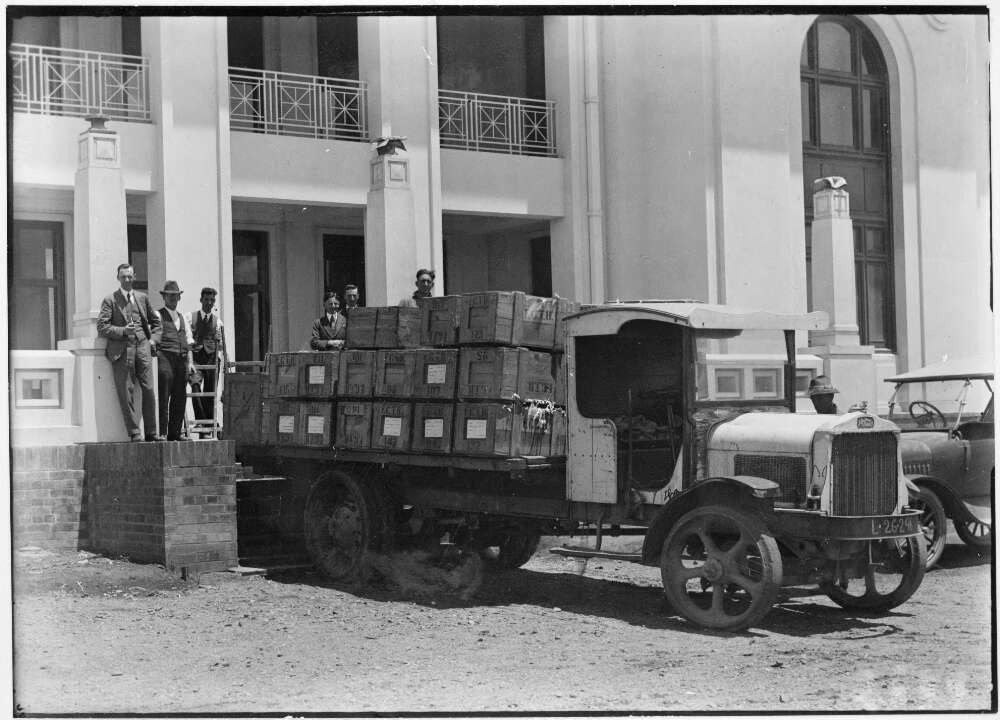 Once everything was in place and the public servants had moved to Canberra, (including Fred Whitlam, an Assistant Crown Solicitor with the Bruce government and whose son, Edward Gough, would become Prime Minister in 1972) it was time for the official opening.

The following post features two of my personal favourite [Old] Parliament House storiesand it begins with a major milestone of Federal Parliament.

On 24 September 1943, Enid Lyons and Dorothy Tangney entered Parliament House as the first women to be elected to the Federal Parliament in the House of Representatives and the Senate (respectively). The iconic image of the two ladies entering Parliament, part of the Australian War Memorial’s collection, delights this feminist’s soul. 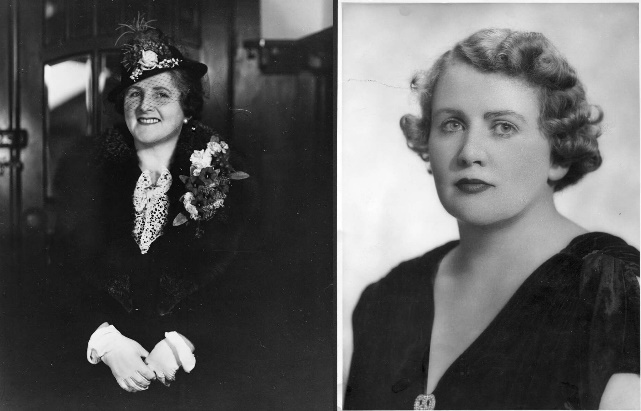 In their maiden speeches, Lyons and Tangney outlined their intentions to work hard for Australia, particularly when it came to our post-war recovery and the betterment of the lives of Australian women and children. Newspapers were full of Tangney’s campaign to reform divorce laws, and achieve equal access to education, employment and welfare for all.

“The first priority for post-war settlement, she said, was the maintenance of a minimum standard of living which would provide reasonable amenities and enable all young people of ability to get the best possible education.” (The West Australian, Tuesday 26 October 1943)

Most significantly, they worked together on the 1946 parliamentary report on ‘Nationality’, which looked into the legal status of wives and children of foreign nationals, a very important issue for post-war Australia.

You can find out more about our First Ladies of the Federal Parliament via the National Library, which has several online resources, accessible as you isolate at home, including Dame Enid’s 1981 interview with Andrew Clark. You can also explore the finding aid for Dorothy Tangney’s papers so you know what to request when our doors open again.

Ben Chifley and his daily commute

For those familiar with Canberra’s parliamentary zone, you have probably spotted Peter Corlette’s sculpture of two distinguished gentlemen walking toward Parliament House. The two gentlemen are Prime Minister John Curtin and his Treasurer and Minister for Post-war Reconstruction Ben Chifley, who would become Australia’s 16th Prime Minister in 1945 following Curtin’s death (Remembering Ben Chifley: memories and stories from his family and friends is available online via the NLA). 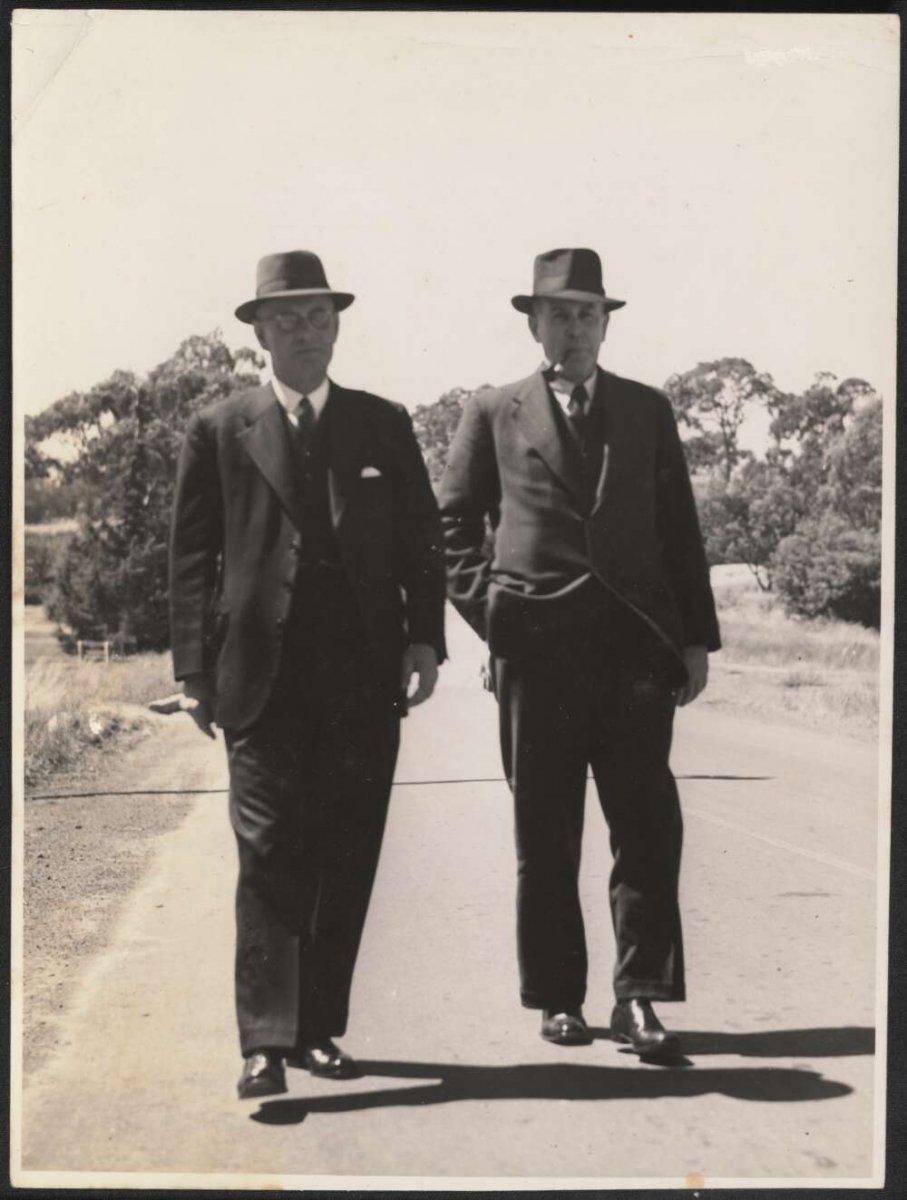 One of the money-saving measures the Curtin government adopted during wartime was to stay in Canberra’s Hostel No. 2 (now the Hotel Kurrajong) instead of opening up The Lodge. It was not an unprecedented move as Prime Minister James Scullin and his wife did the same during the Great Depression. Ben Chifley was a long-term resident of Hostel No. 2 and together he and Curtin would walk the 750 metres to work each day. 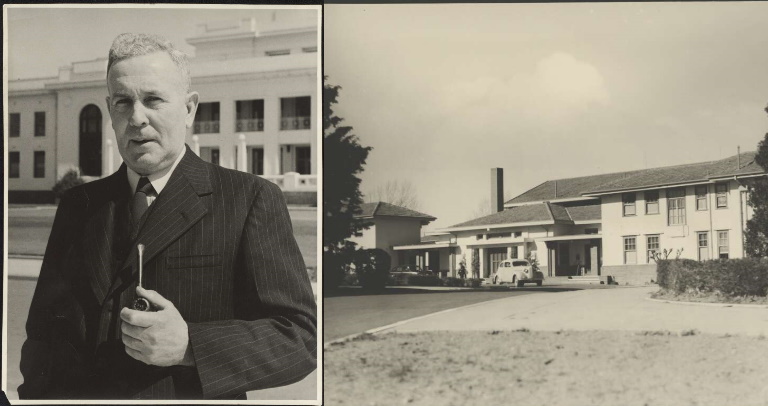 For me, Parliament House and Joseph Benedict Chifley are intrinsically linked, and while his time in politics was as fraught with opposition as any politician, he was greatly respected by many as a hardworking, honest bloke.

On the evening of 13 June 1951, while politicians and VIPs mingled in the King’s Hall of Parliament House for the Jubilee State Ball, Chifley was hard at work in his room (#205) of Hostel No. 2. Sometime around 10pm, news reached Prime Minister Robert Menzies that Chifley had suffered a fatal heart attack. His announcement was reported on page 11 in Sydney’s Daily Mirror the following day:

“It is my very, very sorrowful duty to tell you tonight during these celebrations, that Mr Chifley, former Prime Minister, and Leader of the Opposition, is dead. I do not want to try even to talk about him, because although we were political opponents, he was a great friend of mine, and of yours, and a fine Australian.”

Two days later, Chifley’s body was laid in state in King’s Hall, a funeral cortege then conveying him to Canberra’s Fairbairn Airfield so he could be flown home to his hometown of Bathurst.

The problem with approaching this post chronologically is it ends on a rather sombre note, so to boost the spirits, I finish this post with my favourite photograph from the opening ceremony back on 9 May 1927 and the inspirational words from Prime Minister Stanley Melbourne Bruce.

“Within these portals will be framed those laws which will mould the destiny of a people. May those who enter govern with justice, reason and equal favour to all. May they do so in humility and without self-interest. May they think and act nationally. May they speak with the voice of those who sent them here – the voice of the people.”  (Stanley Melbourne Bruce, 9 May 1927, NLA MS 1977.)

Take a Look at the National Library's performing arts collections