Australians all let us rejoice, for we are young and free

Australia’s national anthem highlights many wonderful aspects of Australia, from golden soil to a land abundant with nature’s gifts. But the national anthem also speaks of those who have come across the seas to share our boundless plains. Australia has a rich history of welcoming immigrants, refugees and asylum seekers alike to make what is known today as a unique and interesting multicultural country. With a wide range of foods available, different lifestyles and cultural practices, Australia is a society of people from diverse cultures, languages and religious backgrounds.

After the fall of Saigon in 1975, many children and families had no choice but to escape the effects of the war. This resulted in the biggest intake of refugees in Australia’s history along with an international response and forced change to migration policies across the world. In recent years however, there has been an ongoing debate around asylum seekers and what Australia’s response should be towards those seeking refuge. I wrote Grandma’s Treasured Shoes with the hope to encourage an understanding and empathy for those who have ‘come across the seas’. 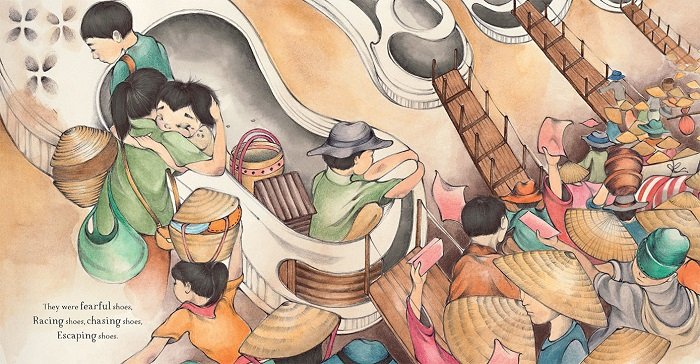 It is very difficult for anyone, let alone children, to comprehend what it is like to flee your home—leaving your country, your family and your belongings—in a war-torn country and escape to save your life. Added to this is the complexity of settling into a completely foreign country, with a new language, new landscape and new people.

As I was reflecting one day on the old adage ‘walk a mile in someone else’s shoes’, I had the idea of using actual shoes as a motif to convey a refugee’s life story and how that gave opportunity for a new beginning in Australia. I’m sure many refugees lost their shoes on the journey or left their shoes behind on the boat at the point of rescue. However, as I tried to ‘put myself in their shoes’, I could only imagine that these ‘shoes that brought them here’ would become one of the most treasured pair of shoes ever owned. 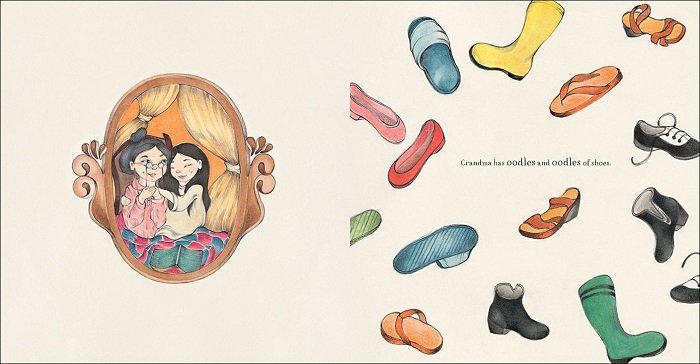 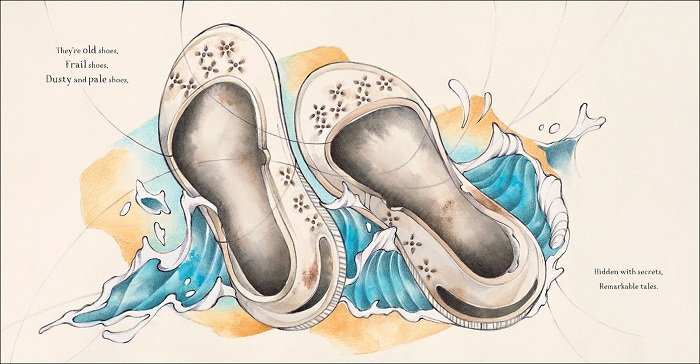 Before writing this story, I buried myself into extensive research: I watched videos, I read testimonies, books, old newspapers, and looked through many National Library archives. I became fascinated by the transcripts I read and listened to, as I tried to catch a glimpse of what it was like to embark on such a dangerous journey, the sacrifices made, the cost of freedom, the anguish of separation from family members and the fear of being lost at sea, drowned or attacked by pirates.

But there is more to Grandma’s Treasured Shoes than just building a sense of compassion for those who have experienced this plight. I also wrote this story to encourage all children to appreciate the contributions many refugees have made in shaping Australia. Immigrants and refugees such as Anh Do, Waleed Aly, Aliir Aliir and Najeeba Wazefadost have become household names, contributing time and talent to making Australia a better place. 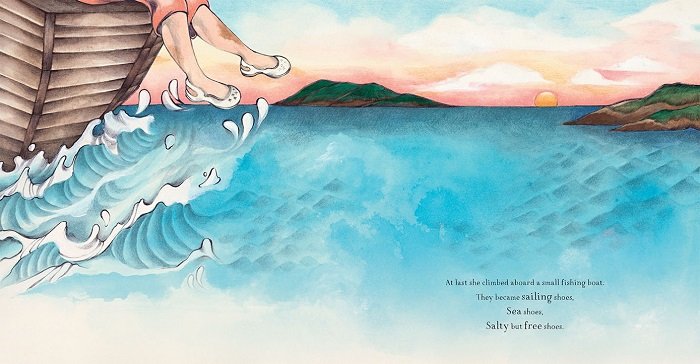 I wanted to personalise the grandma in Grandma’s Treasured Shoes. It was my intent to convey the fact that ‘she’ could be your grandma or my grandma. Many who came, and still come, to Australia as refugees have grown to be grandparents or great-grandparents of today’s young Australians, including illustrator Christina Huynh's grandmother. Christina has spent hours listening to her mother, aunties and grandparents talk about their own journey in boats and experience of refugee camps. Her inspiration in illustrating the main character of this story came from an old photo of her own mother taken in Vietnam.

I hope Grandma’s Treasured Shoes offers a small window of understanding and appreciation into someone else’s very different life.

Coral Vass is the author of NLA Publishing's Grandma’s Treasured Shoes and the award-winning Sorry Day.