Truth be told, the subtitle of my history of Australian rivers—The Lifeblood of Australia—was the suggestion of the National Library of Australia and I wasn’t that keen on it at first. The phrase seemed a bit of a cliché. But it was an honour to be asked to write the book so I didn’t quibble.

Then I looked at a 50-year-old atlas of Australia I had inherited and neglected. In its large format detailed maps, I was astonished to discover a landscape covered in the wriggling lines of rivers, creeks and washes. Those that were unbroken were perennial streams. The dotted courses were non-perennial. That is, they didn’t always flow. Australia is, after all, the driest inhabited continent. Together the lines resembled arteries, veins and capillaries spreading across the country. Cliché or not, the term ‘lifeblood’ is perfect. 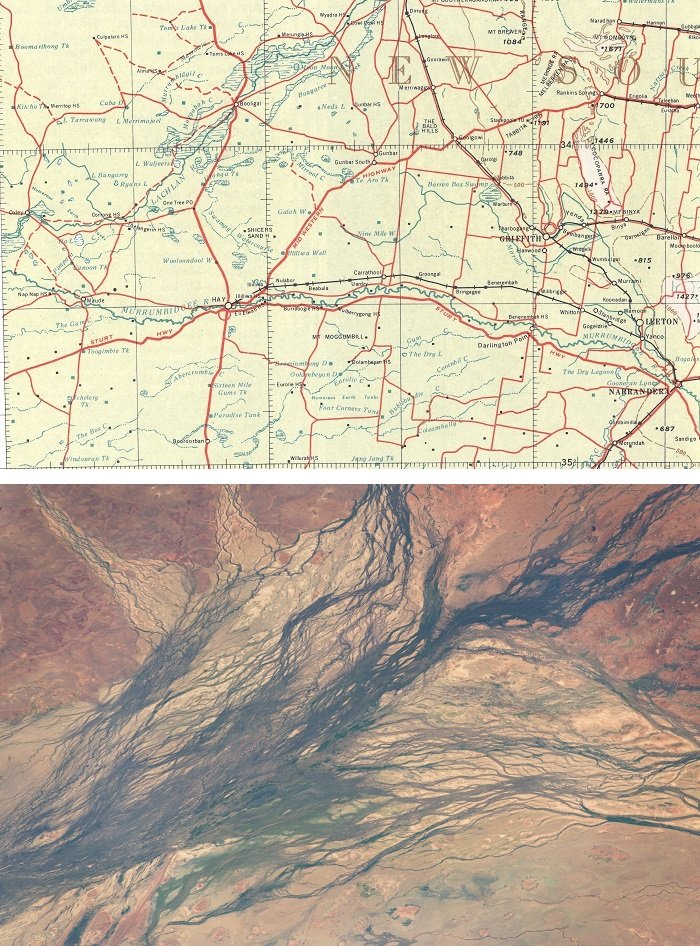 One thought quickly led to another, and I was reading about ideas of the earth as one huge organism —‘mother’ in the terminology of the ancients and resurrected as ‘Gaia’ in the writing of James Lovelock and Lynn Margulis. The idea of rivers as arteries and the like remained a constant throughout the age of science and discovery, and informed ideas in Australia. In the 1830s, John Lhotsky—who claimed for himself the distinction of being the first person to write the Snowy River ‘into Geography’—regarded rivers as nature’s ‘vascular system’. But Australian waterways were different, he noted, for they didn’t always flow. The colonial explorer described them as a primitive nervous system instead, sparking life on occasion.

Writing a general history of Australian rivers is a huge but conceivable task. Thankfully, the Library asked me to make a selection of ten waterways so that detailed stories could be told. I changed the brief slightly and instead chose nine waterways and a river system—the Channel Country of central and south-west Queensland. I thought it important to represent every state and territory in my selection.

To help my focus and the breadth of the study, I chose rivers that highlighted a certain aspect of our very complicated and underappreciated relationship to rivers.

And so the Yarra was my city river. The Murray was the river of contestation, dividing, as it does, three states and providing much needed water to all. The Franklin, in Tasmania, exemplifies European notions of wilderness and sacred nature. The damming of the Ord River in Western Australia manifested a long-held desire to harness arid region waters and green our red inland. The South and East Alligator rivers, which run through Kakadu National Park, are Aboriginal waterways, lined with the evidence of their tens of thousands of years of occupation and still managed by our first people.

The Clarence River in northern New South Wales is, for much of its length, an estuary in which the long ‘tongue’ of the sea intrudes into the continent, bringing with it prawns, sharks and dolphins. It was my river of natural and cultural change. The Snowy River was dammed like the Ord to make green pastures in the interior—and electricity in the process—but this dramatic intervention occurred despite its mythic investiture by Banjo Paterson. Remarkably, we degraded a river that was also a national icon. The Molonglo in the Australian Capital Territory was another that was dammed, but this time to create a water feature for a planned city, Canberra. It was the river that became a lake—Lake Burley Griffin, of course.

And then there was the Channel Country—an astonishing series of rivers and washes running west from the coastal high country into the central basin of ancient Australia. These were my rivers of history for it was here that European Australia found itself in stories, poems and pictures showing tragedy and hardship in the course of taming a continent. Burke and Wills died along Cooper Creek. The Barcoo became synonymous with deprivation. And Banjo Paterson’s famous creation Waltzing Matilda was inspired by a Channel Country billabong. 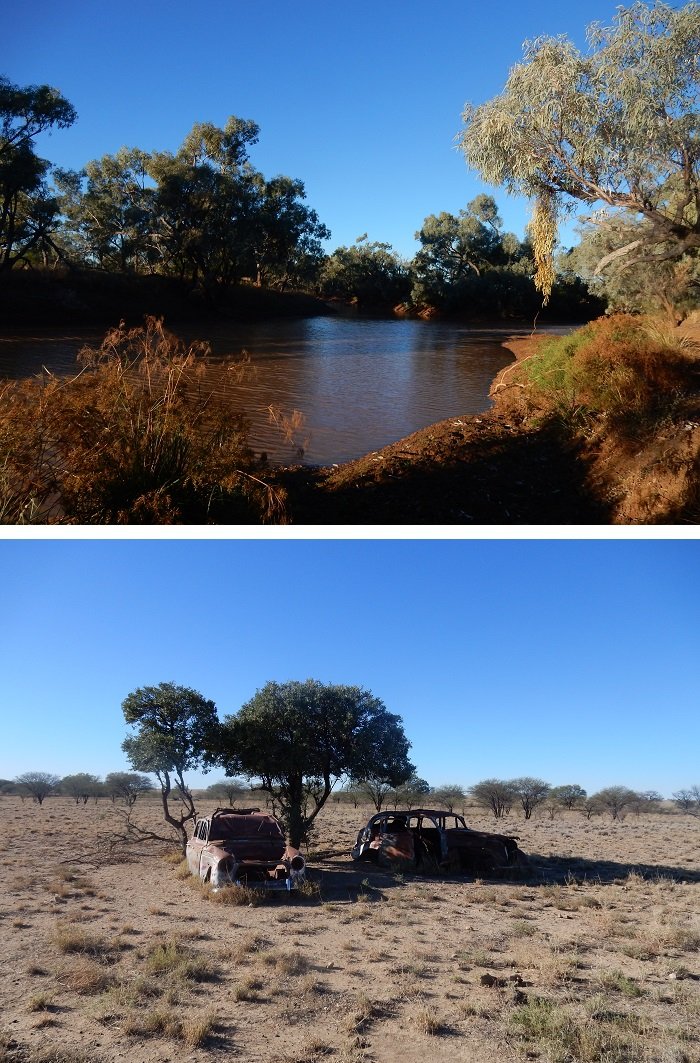 There were many marvellous moments as I explored these rivers and creeks, but I think the serendipitous detour to the Combo Waterhole, west of Winton, tops the list. This was the place that captivated Paterson. I only decided to drive there at the last moment, having planned to head east to Longreach. It was late in the day and I was running low on fuel. I took the old Landsborough Highway instead of the new, hoping to cut a few kilometres off the trip. It probably did but better than that, it literally took me through pastures with brolgas dancing beside the dirt track. When I got to Combo, the afternoon light had turned golden and the Mitchell grass looked like a gilded field. And there, I found Paterson’s waterhole. It was magical.

The long slow drive back to Winton sitting on empty and looking nervously at roadside kangaroos lit up in the arc of headlights was less fun. That was an amazing trip. The whole project was an astonishing journey—literally and figuratively. Does that sound like a cliché?

Ian Hoskins is the author of Rivers: The Lifeblood of Australia (NLA Publishing, October 2020) and the award-winning Coast: A History of the New South Wales Edge.