Did you know that one of Australia’s early science fiction writers was a woman from the town of Braidwood, New South Wales?

Mary Ann Moore-Bentley’s A Woman of Mars, or Australia’s Enfranchised Woman was published in 1901, and presents Mars as a feminist utopia. 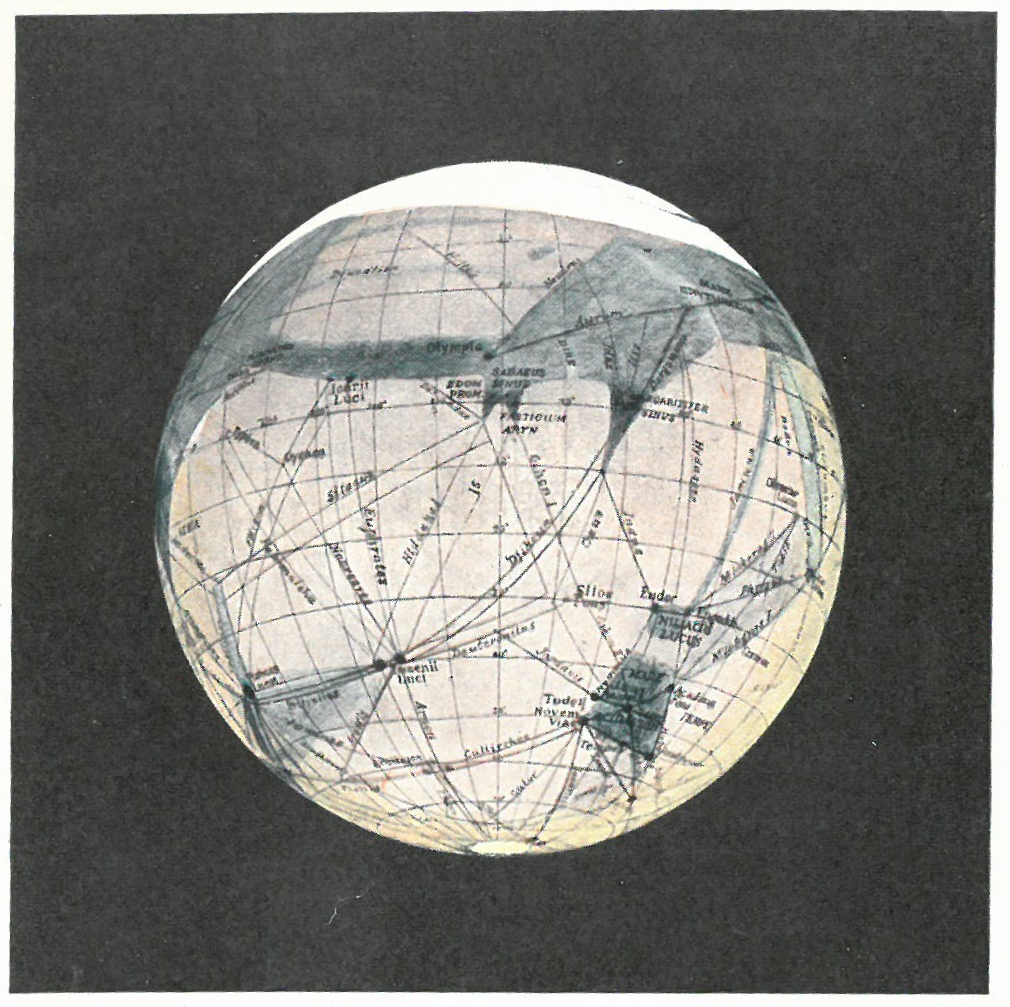 Illustration of Mars from Mars as the Abode of Life by Percival Lowell (New York, The Macmillan Company, 1908), nla.cat-vn2273081.

A Woman of Mars begins with Marguerite, who has just died, being escorted to heaven by an angel. Along their way, they stop off at Mars, and Marguerite marvels at how wonderful the society is there. She stays for quite some time and visits many places across the planet before continuing her journey. A Martian, Vesta, is sent to Earth to improve conditions and to spread the Martians’ doctrine of self-sacrifice for the common good.

The book is a strange mix of utopian yearnings, Christianity and the single tax economics of Henry George, who Moore-Bentley revered. A Woman of Mars isn’t the best example of utopian feminist science fiction, nor is it the best example of interplanetary fiction. Its prose is overly florid and its ideas lack cohesion, but there are other qualities I found compelling. There’s a dream-like feeling in the early section set on Mars, which I liked. I also enjoyed reading an early science fiction novel in which much of the action occurs in Sydney, in places such as Circular Quay and Gore Hill.

When searching Trove for information on Moore-Bentley (using many variations of her name, including ‘M. Moore-Bentley’, ‘Maryanne Moore-Bentley’ and her married name, ‘Mary Ling’) I found lots of references to her books and many newspaper articles.

At the time, reviewers had a varied response to A Woman of Mars. One reviewer for the Evening News (Sydney, 16 March 1901) claimed that, ‘“A Woman of Mars,’ by Mr. Moore Bentley, is an Australian venture into the field of that class of novel which deals with the enfranchised woman’. It is ironic that this reviewer misgenders the author, though they also went on to praise the book. The Windsor and Richmond Gazette wrote that A Woman of Mars ‘should be read by every student of political economy’. In my opinion, the review that is most accurate is from the Daily Telegraph (Sydney, 16 February 1901), which in part reads ‘it is marred by lack of definiteness. Much is said against society as it exists, and with justness. But the suggestions of remedy are vague, Miss Bentley seeming to favor two opposing principles as means to the regeneration of society, the individualistic system of Herbert Spencer and Henry George apparently finding equal favour in her eyes with the socialism of Karl Marx and Edward Bellamy.’ 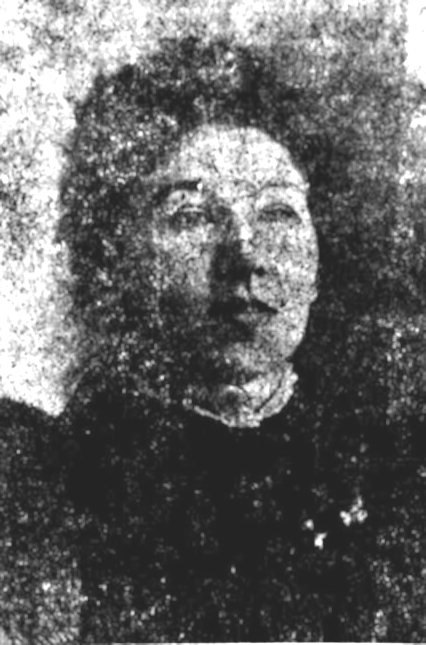 I’m not certain, but it looks like – apart from a five-page excerpt I found in the 1984 anthology Australian Science Fiction – A Woman of Mars hasn't been reprinted since its first edition in 1901 .

As well as A Woman of Mars, Moore-Bentley also wrote Sketched from Life (1903), A Psychological Interpretation of the Gospel (1917), An Original Hypothesis on the Origin of Life (1917) and Journey to Durran Durra, 1852–1885: A Story of the Bentley Family and the Gold Rush Era (1984). When looking at this material, I saw that the Library's copy of Sketched from Life was signed, in pencil, by the author in 1903. 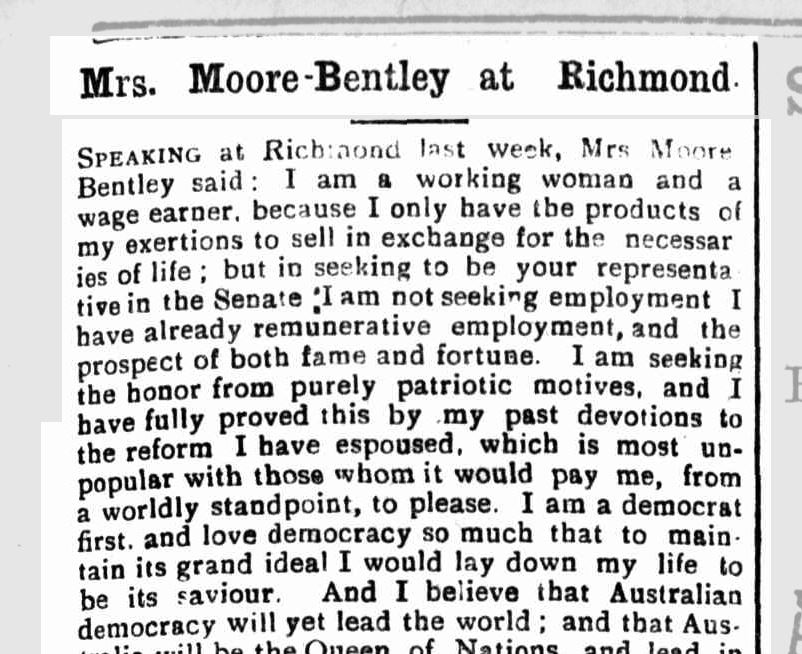 Moore-Bentley was also one of the first female political candidates, having run for the federal Senate in 1903. The transcript of one of her campaign speeches can be found in the Windsor and Richmond Gazette (7 November 1903). It reads well, and its style is more direct than that of her novel. She was ultimately unsuccessful, but still received a sizeable number of votes.

According to the Australian Dictionary of Biography, Moore-Bentley spent the last decade of her life in the Mental Hospital at Stockton, New South Wales, dying on 1 September 1953 at the age of 88. It’s a sad end for a woman who lived such a full and impactful life.

As I have already stated, I don’t think A Woman of Mars is the best example of early Australian science fiction, but I was drawn to Moore-Bentley because of her current obscurity and her ambitious nature. And I like the calm, reassuring notion of the Red Planet as a utopia located partway between Earth and Heaven.