Australia’s longest-serving prime minister, Sir Robert Menzies, held office between 1939 and 1941 and again between 1949 and 1966. His first term ended with his resignation, however his second term, stretching over more than 16 years, cemented his legacy as one of Australia’s most influential leaders. 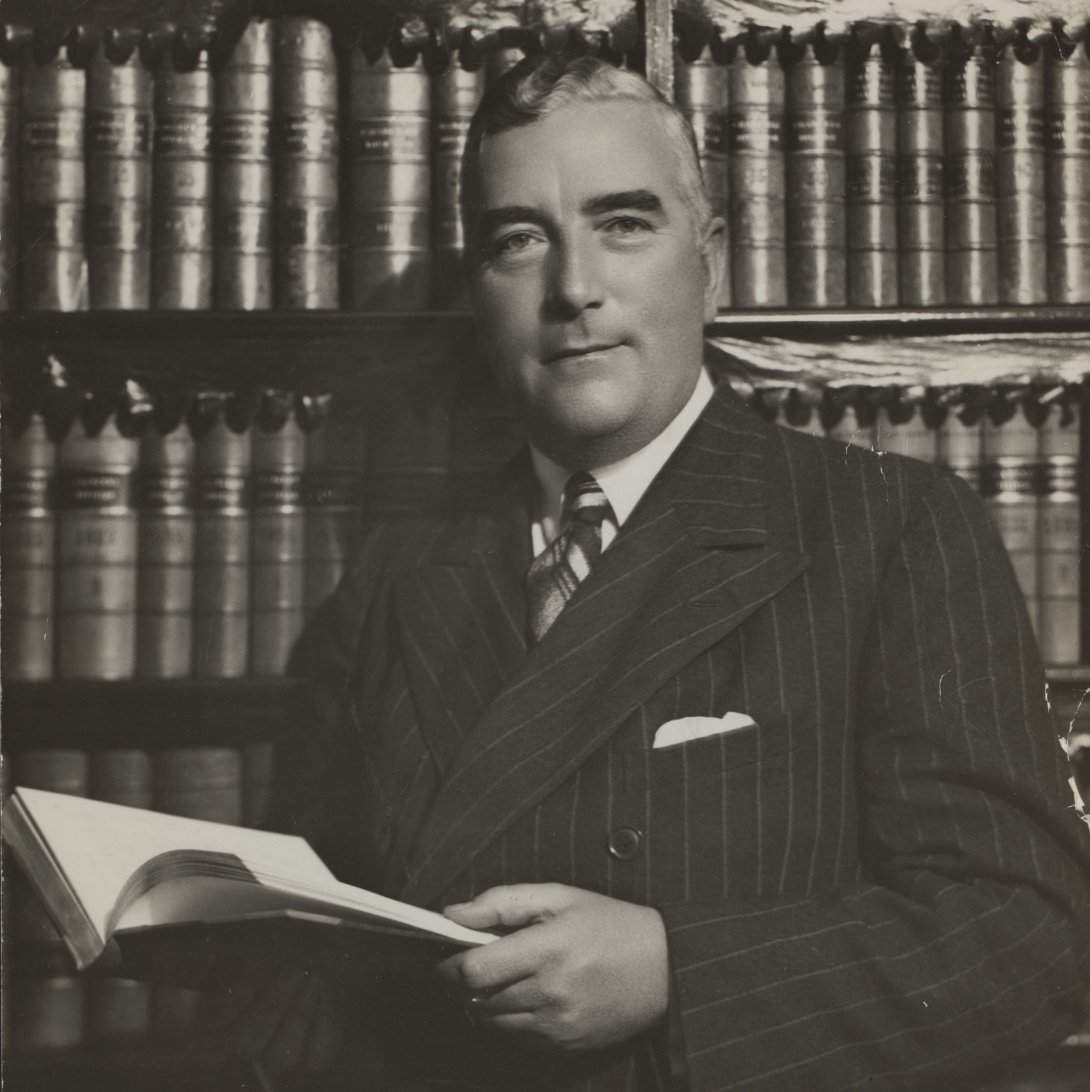 The digitisation of the Papers of Sir Robert Menzies (1894–1978) is currently underway as part of the Library’s Treasured Voices Program. As a project officer on the program, I have the exciting job of exploring collections at the National Library and preparing them for digitisation to share with the public.

So, what more can we learn about Menzies as a political leader and a person from this collection? What do these papers tell us about other prominent figures and everyday Australians during his time in office?

The Menzies collection contains more than 570 boxes of material, from official speech transcripts to greeting cards sent by supporters and everything in between. My work includes describing the material in each box for digitisation in order to make it more accessible for users online. Each box has something that is surprising and unique: I have found everything from a 50-year-old dried flower posy from Anzac Day to original visitor brochures for the 1956 Melbourne Olympics, and even a desk weight made from uranium.

The highlight of working on collection material is seeing the individual personalities shine through, especially those who have strong, austere historical personas. You can gain a real sense of people through the handwritten notes left in the margins, or even candid photos captured in an instant. 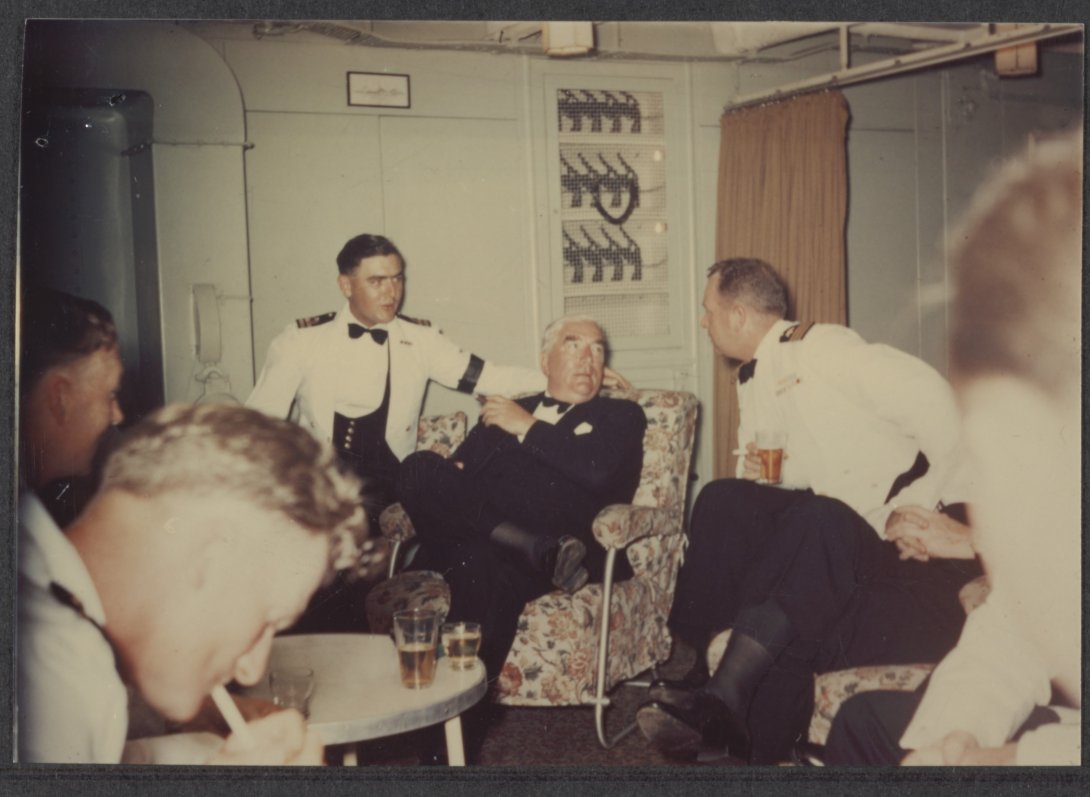 The collection also tells us about the people who played an important role in history, but who may have been forgotten. A key contributor to the Menzies collection is Lorna Hazel Craig (1914 –2013), who was Robert Menzies’ private secretary for 25 years. She was responsible for managing his correspondence, engagements and travel, as well as ensuring he had time to change between private and black-tie functions. The collection has notes littered throughout between Menzies and Craig, which provide great insight into their close working relationship and the impact Craig had on Menzies’ work. 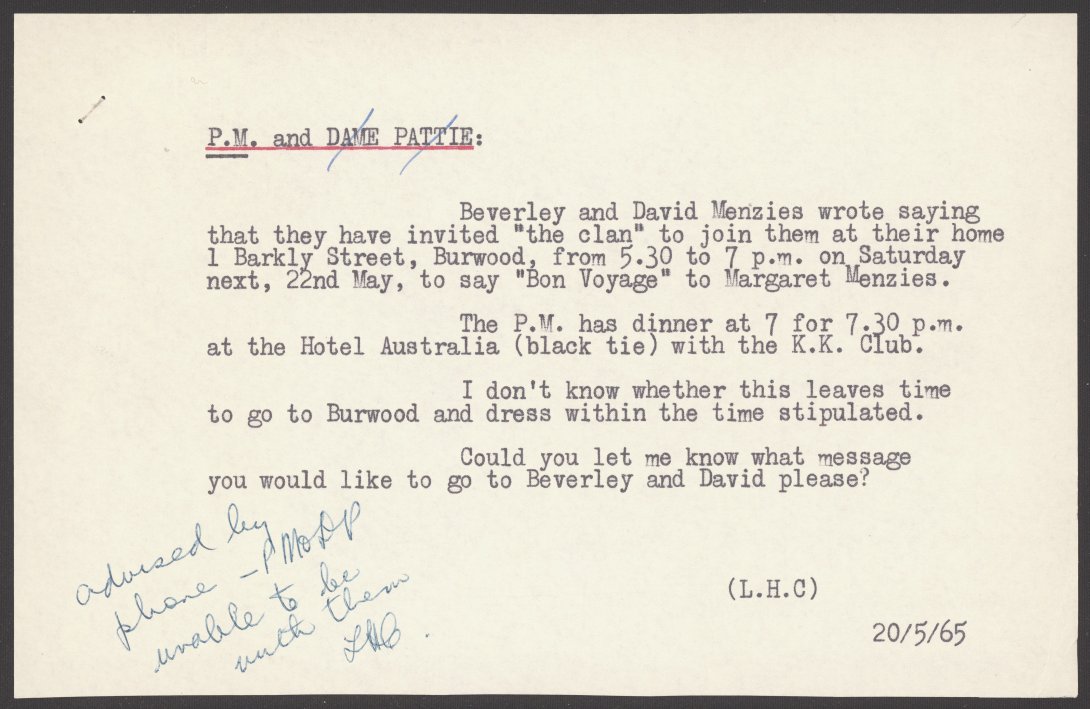 A man of letters

While the Papers of Sir Robert Menzies naturally focus on his political work, they also feature material relating to prominent people of the 20th century and Menzies’ passions outside of politics. For example, the collection contains personal correspondence with President John F. Kennedy and various Australian political figures, including Harold Holt and Gough Whitlam.

Menzies was also a keen cricket fan. A member of the prestigious Melbourne Cricket Club, there is extensive correspondence between the Prime Minister and members of Australian cricket teams, the Australian Cricket Board and foreign dignitaries who may have been of use in hosting a touring Australian side. These small mementos provide a fascinating insight into the nature of the private relationships between leading political figures and the influence they had outside of politics, and help us to understand the dynamic and complex geopolitics of the 20th century. 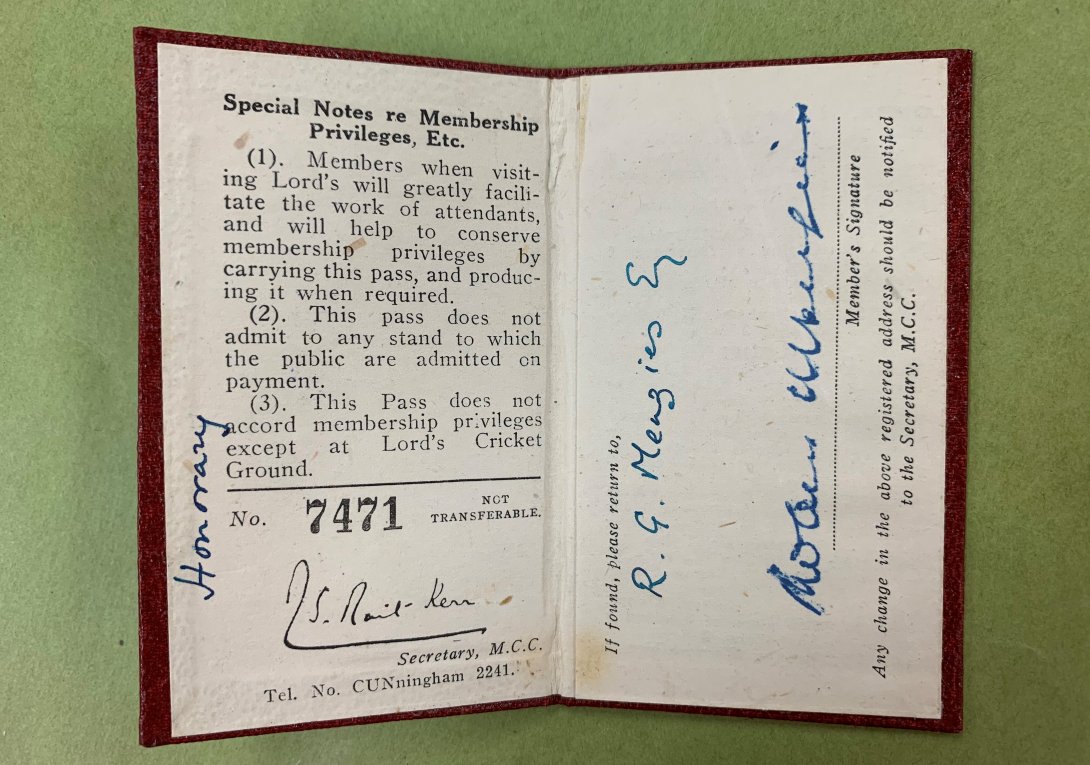 The Sir Robert Menzies collection includes many files of correspondence, publications and articles written by Australians expressing their different opinions on the issues of the time. By examining the material, there is a wonderful opportunity to gain insight into the beliefs, feelings and ideas of everyday Australians, not just the prominent political players.

The digitisation of this material was made possible by the generous support of the Australian Government, helping the National Library of Australia to provide free access to unique collections, such as this, for all Australians.

Read more about the digitisation process for this significant collection on the Trove blog.