One of my favourite objects in the National Library of Australia’s Keepsakes: Australians and the Great War exhibition is a caricature of Australia’s war time Prime Minister, Billy Hughes. Drawn by cartoonist David Low during his time at the Bulletin, it depicts a fictional advertisement for children’s toy known as the ‘Billywog’. The instructions read: ‘Blow up with wind until head expands, then release hole in face, whereupon Billy will emit loud noises until he goes flat …’. The kicker is found at the bottom of the cartoon: ‘No war is complete without one.’ 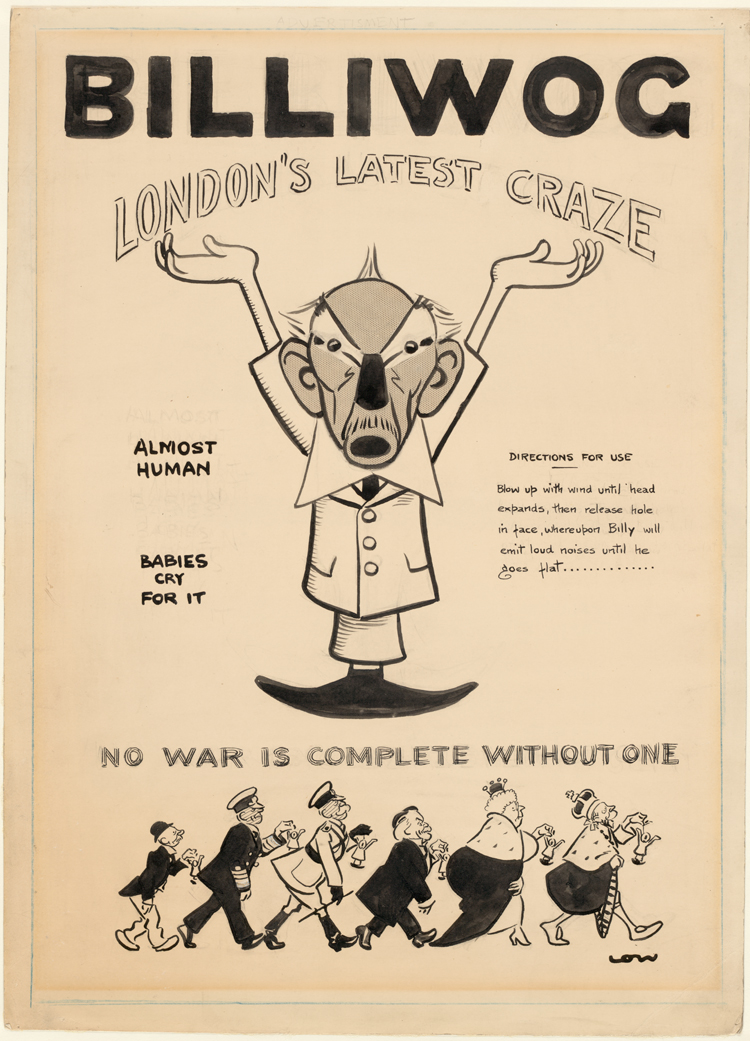 A Sydney businessman was so tickled by the idea of a Billywog that he organised the manufacture of a glove puppet based on Low’s cartoon. These puppets were made in Japan  -  a controversial move in a time when the White Australia policy was in full force. Some of Low’s critics accused him of pro Asian sympathies and of unfairly attacking the prime minister.

Despite the criticism Low did not shrink from using his pen to skewer the prime minister. Indeed he became famous for capturing Hughes’s wartime antics. So popular were Low’s caricatures of Hughes that he produced a book dedicated to the prime minister. The Billy Book was a smash hit selling over 60,000 copies.

Hughes himself was not a fan of Low’s cartoons. Low recounts in his autobiography that when Hughes was presented with a copy of the Billy Book by fellow MP Ted Russell he promptly ripped the book up and threw it on the ground. Low also tells the story of how the prime minister’s office attempted to suppress one of his cartoons depicting Hughes as a bully. The Bulletin’s editor, Samuel Prior, refused to buckle to the pressure and insisted that the Bulletin would not be published without Low’s cartoon. The prime minister’s office backed down and the cartoon appeared the following week.