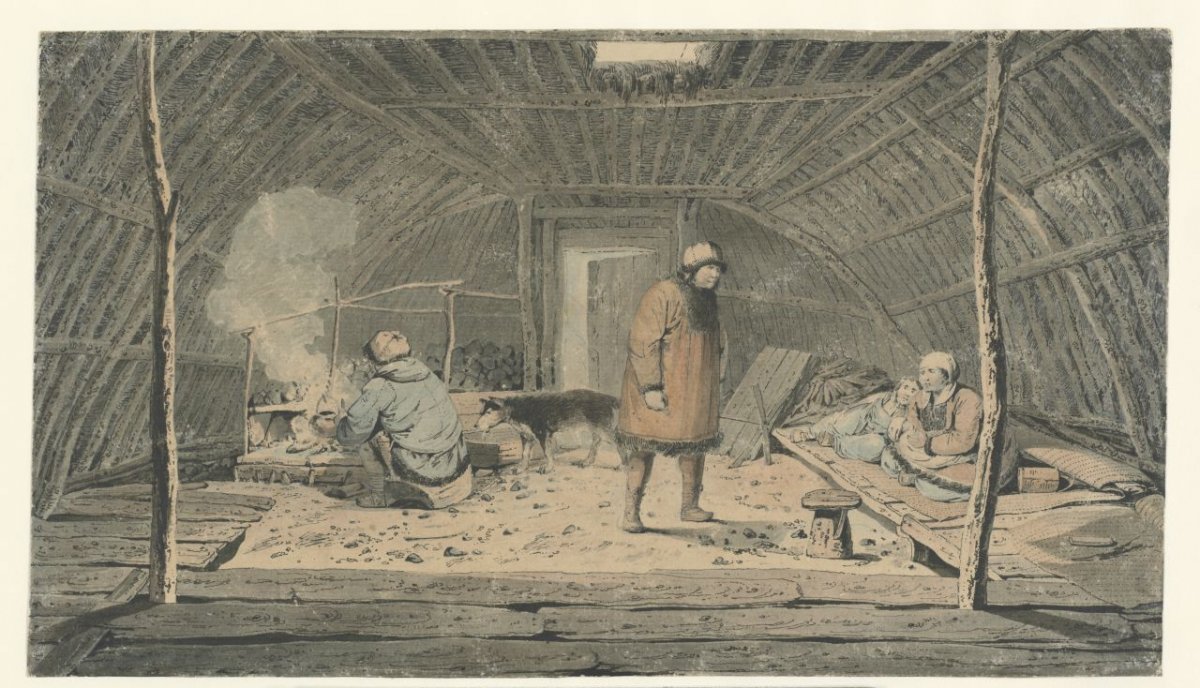 This is the last of a three-part blog, an overview of the voyage art in the Library's recent exhibition Cook and the Pacific.

Cook’s third voyage (1776–1780) was charged with searching for the north-west passage. In the end, they didn’t find it, and the voyage itself was overshadowed by the death of the commander on 14 February 1779. But official artist John Webber certainly kept to the spirit of his orders: ‘to make Drawings and Paintings of such places in the Countries you may touch at in the course of the said Voyage as may be proper to give a more perfect Idea thereof than can be formed by written descriptions only’.

The Library holds numerous delicate watercolours and drawings, and oils by Webber. The ink and wash drawing of a Kamchatkan habitation is one of two versions held by the Library. It was likely done with a view to being engraved to illustrate the official account of the voyage, which finally appeared in 1784. The exhibition included two of Webber’s major oils: his portrait of Cook, from the collection of the National Portrait Gallery, Canberra, and Poedua (Poetua), from the Rex Nan Kivell Collection of the National Library of Australia and the National Gallery of Australia. Poetua was a princess of Ra’iatea. She was both pregnant and held hostage by Cook at the time this portrait was taken. 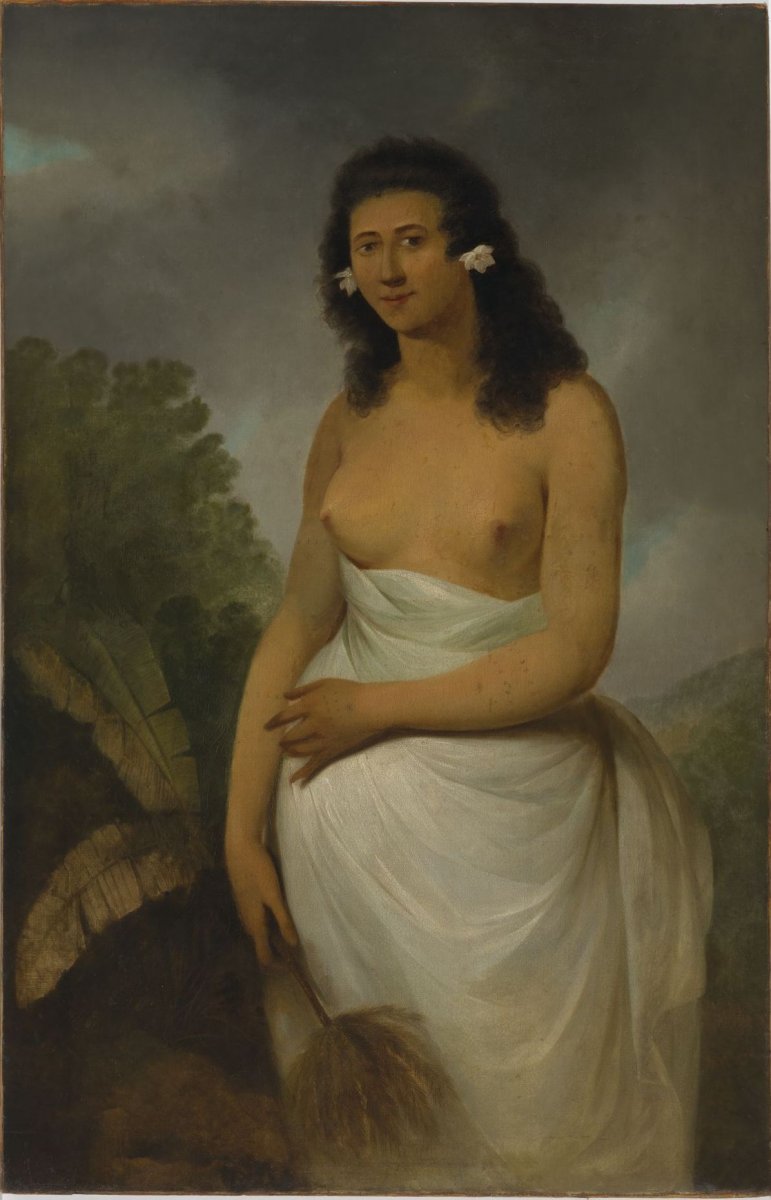 Webber completed just under 200 works on or just after the voyage. The Library holds a manuscript list of them, once owned by Banks. It’s an invaluable record of Webber’s oeuvre and it still carries Banks’s annotations. Webber’s travels with Cook continued to inspire his work long after the voyage. The novelist Fanny Burney, and sister of James Burney who served on both Cook’s second and third Pacific voyages, recorded:  ‘We went to Mr Webber’s to see his South Sea drawings. … We spent all the rest of the morning here, much to my satisfaction. The drawings are extremely well worth seeing; they consist of views of the country of Otaheite, New Zealand, New Amsterdam, Kamschatka and parts of China; and portraits of the inhabitants done from the life.’

William Ellis’s work offers a contrast to Webber’s. Some are highly finished, such as this watercolour below, inland from Tautira on the south-eastern coast of Tahiti. Of his time on the island, Ellis wrote: 'The face of the country here exhibits a very different appearance from that of the Friendly Isles [Tonga]. Mountains and vallies, hills and dales, and in short every thing to conspire to form the most romantic views imaginable.' This place also struck voyage artists William Hodges and John Webber, who both produced large oils of the scene. 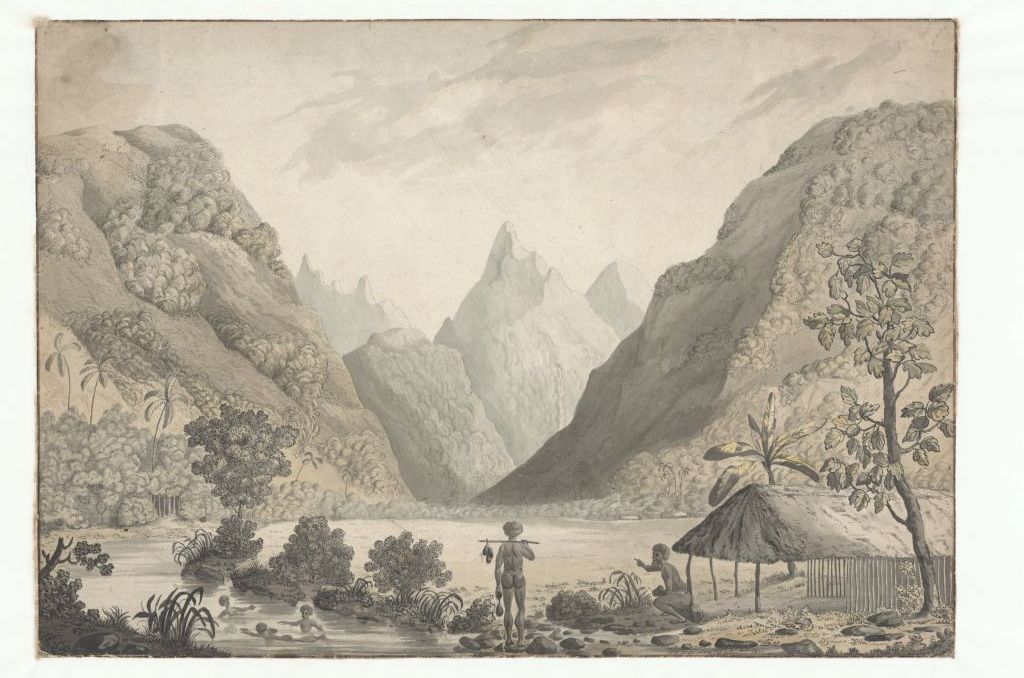 This was the National Library of Australia’s first largescale exhibition about Cook’s voyages. I never tired of seeing these eighteenth-century works of art in the flesh. Especially displayed as they were in the company of an extraordinary collection of manuscripts, maps, cultural objects and recent artistic responses by contemporary First Nations artists Michel Tuffery, Michael Cook and Karla Dickens. If you did miss the exhibition, the companion book is still available through the Library’s bookshop.

Susannah Helman was co-curator and project manager of Cook and the Pacific.