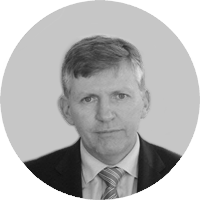 Inked: Australian Cartoons is the Library’s new exhibition about the history of Australian political cartooning. Drawn from the Library’s extensive collection of over 14,000 cartoons, the exhibition travels through time from the 1780s back to the present, providing a series of snapshots of major events and personalities from Australian history. The exhibition includes examples of early satirical hand-coloured prints that sold from print shops in London in the 1780s, satirical drawings done by early settlers, cartoons prepared for colonial publications such as Punch and The Bulletin, as well as numerous examples of artwork from major newspapers and magazines in the twentieth century. In the final section of the exhibition you can find more recent cartoons documenting the turbulent years of the Rudd, Gillard, Abbott, Turnbull and Morrison governments.

Taken together, this is a wonderful archive of Australian cartooning and Australian history. Delving into these works is like discovering a series of time capsules. Each point to events and controversies that briefly came to the surface of the news cycle. These cartoons capture these twists and turns in the Australian story in a truly memorable way. Stories of war, the dismissal of a prime minister or a crash in the economy—all can be frozen in time in a single image. These images appear like fossils embedded in a cliff face that remind us of the evolution of Australian politics and society.

Fossil traces, however, are notoriously incomplete. Not all animals and plants are preserved in the rock face. In the same way, not all cartoons have been preserved in collections like that of the National Library of Australia. Indeed, cartoons are by their nature ephemeral creations. Completed to be reproduced in newspapers or magazines, the original is often lost or destroyed. Those that survive represent just a small sample of the millions of cartoons drawn for the print media.

In this exhibition I have attempted to be a cartooning palaeontologist. I have surveyed the Library’s archive with a view to finding examples of cartoons which help us understand how cartooning evolved in the Australian context. Using these examples, I attempt to tell a story of how the impulse to do satirical drawings came to Australia with the first European settlers and has continued ever since.

While the collections do not contain examples of all the artists who worked in Australia, and many of them have only a small sample of the overall output, there is sufficient material to allow us to begin to see the pattern of how Australian cartooning has changed over the last two hundred years. I contend that cartoonists initially provided amusing illustrations for magazines and papers, but that over time they developed their own voice for commenting on the news. By the second half of the twentieth century, many cartoonists had emerged as fully fledged social commentators. Artists such David Low, Will Dyson, Bruce Petty, Les Tanner and Alan Moir demanded, and received, the right to maintain creative control over their work. This opened the door for other artists to emerge as independent commentators.

This exhibition is a celebration of the last two hundred years of cartooning in Australia. Cartoons are more than just visual gags which provide a momentary diversion. Like the work of filmmakers, writers and journalists, they hold up a mirror to Australia and invite us to reflect on what is going in our society. They help generate the cultural capital which makes our society work. At their very best they capture the zeitgeist or puncture the spin of politicians. Please enjoy this journey though Australian history with some of the best cartoons from the collections of the National Library of Australia.