Previously, Richard traced the Gore family through three Johns, beginning with Captain John Gore who served as third in command on the H.M.S. Endeavour—Royal Navy Gores in Australia—part one. Here, he continues his journey.

Graham Gore as a Royal Navy midshipman was at the Battle of Navarino, 1827. Promoted to lieutenant he was on H.M.S. Terror under Captain Back in the Arctic (1836–1837). Back’s diary says that Christmas Day dinner 1836 was a “haunch of reindeer shot by Mr Gore”—shades of the grandfather Master Hunter. In 1839 he was at the Capture of Aden and a year later in the First Opium War, the Battle of Kowloon.

In late 1840, still unmarried, in India he saw a chance to see his parents, sisters and brother at Lake Bathurst. In Sydney, April 1841, he was on H.M.S. Beagle’s third exploration voyage under Captain Lort Stokes. Graham was able to see his family on Gilmour and in April 1842 from the Beagle in Sydney he wrote to his sister, "Dear Eliza ...I guaranteed Mrs Stokes that Father would send his gig as far as Berrima for her...last evening was at the Campbells...Skip Campbell at the piano, Mr Palmer on the tambourine, your humble servant on the flute." 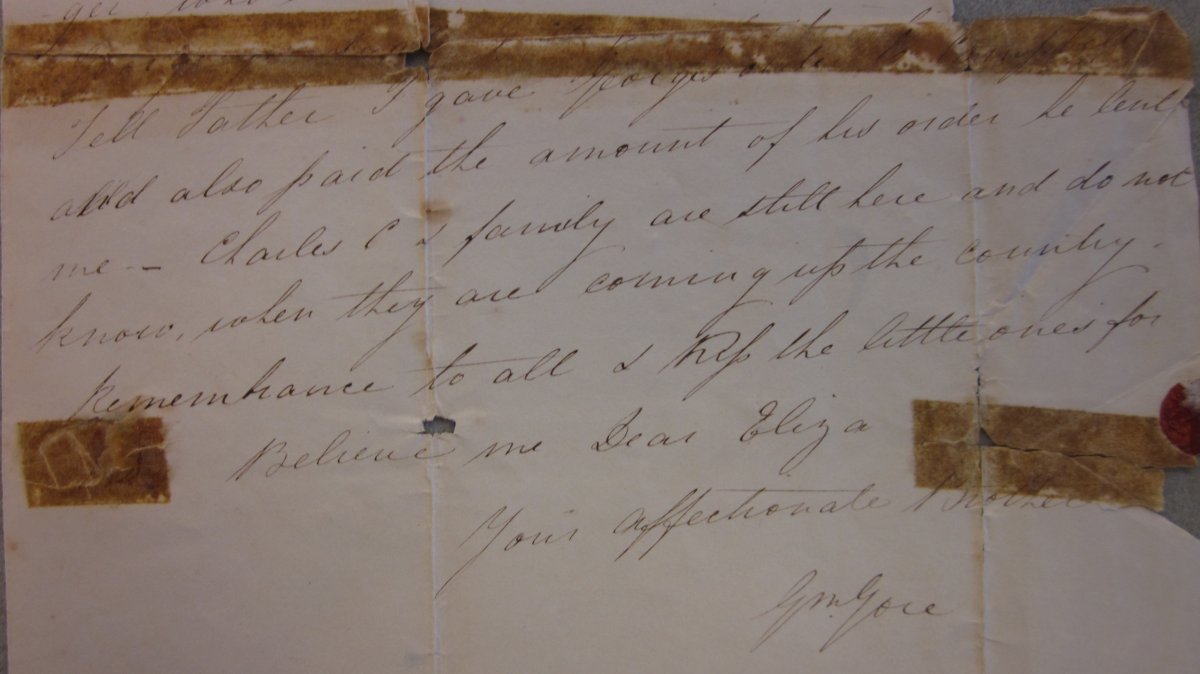 Graham Gore was not only a musician but an accomplished artist and provided illustrations for Lort Stokes’ Discoveries in Australia 1837–1843. The Library holds one of Gore's paintings, Burial Reach Flinders River Queensland. Stokes relates how in the Gulf of Carpentaria his "much valued friend Mr Gore" nearly blew off his own hand whilst shooting "on recovering from his swoon, the first words uttered were—killed the bird—an expression truly characteristic of a sportsman". 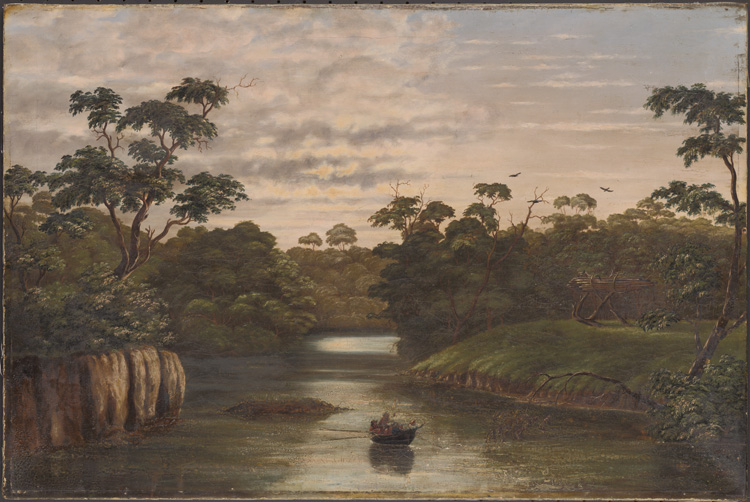 In May 1845, Gore was on H.M.S. Erebus with the Sir John Franklin on the North West Passage expedition along with the H.M.S. Terror. In the Arctic, in 1847, both vessels became trapped in ice and all 130 officers and crew perished. Their fate became mystery and legend with searches organised by Lady Franklin (‘This Errant Lady’) continuing into the 1860s. Newly promoted to Commander, Gore was a prominent member of the expedition, writing one of the few documents found, known as the Victory Point Note which gave important details for possible rescuers.

In September 2014, the Canadian Government announced the finding of the H.M.S. Erebus on the Arctic seafloor after a decade of searching, “thus solving one of the world’s greatest archaeological mysteries”. The vessel appears to be intact according to sonar images. 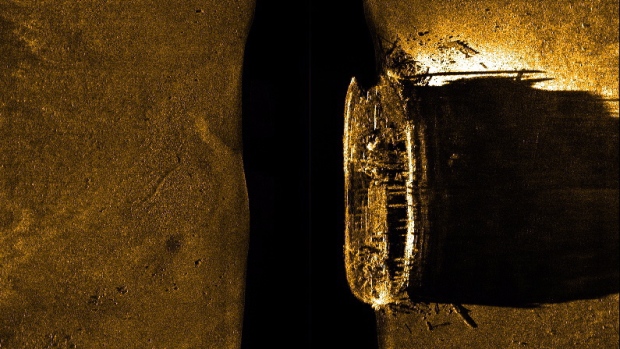 Admiral John and Sarah Gore are buried in St Saviours Cemetery Goulburn. Their gravestone also contains the only known memorial anywhere to their Arctic explorer son. The inscription in full reads: 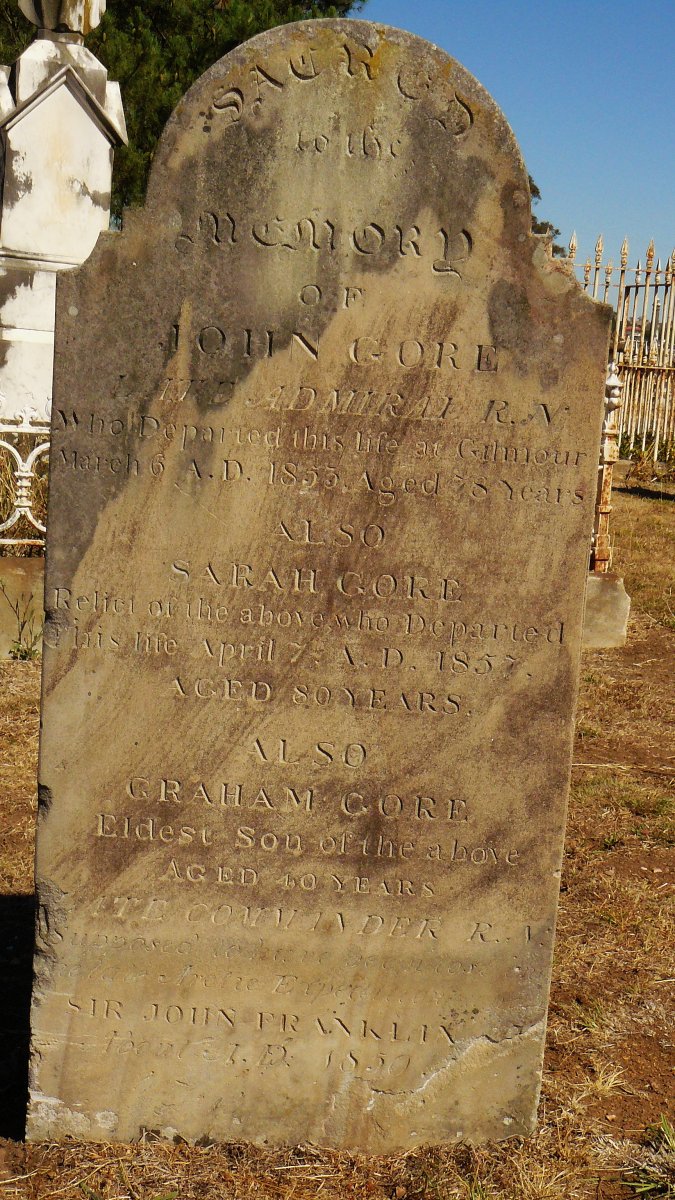 All three Gores rose to senior ranks in the Royal Navy and were intimately connected with the early history of Australia. From 1760–1850 all three were closely involved with a who’s who of successive English explorers, naval and scientific men.

The recent finding by the Canadian Government of H.M.S. Erebus and with H.M.S. Terror yet to be found—more successful archaeology searches—could mean the Gore story is not yet over.