One of the pleasures of working as a guide in the Treasures Gallery at the National Library is becoming familiar with items which recall Australia’s ‘gentlemen convicts'. This was a small but distinct group from the 162,000 convicts transported to Australia in the early days of colonial settlement. Some of the items on display in the Treasures Gallery include a portrait of ‘prince of pickpockets’; George Barrington; the works of forgers Francis Greenway and Joseph Lycett; a theatre playbill advertising convict actors in a theatrical performance at the Sydney Theatre on 30 July 1796; and the papers of John Grant, poet, attempted murderer and serial stalker. 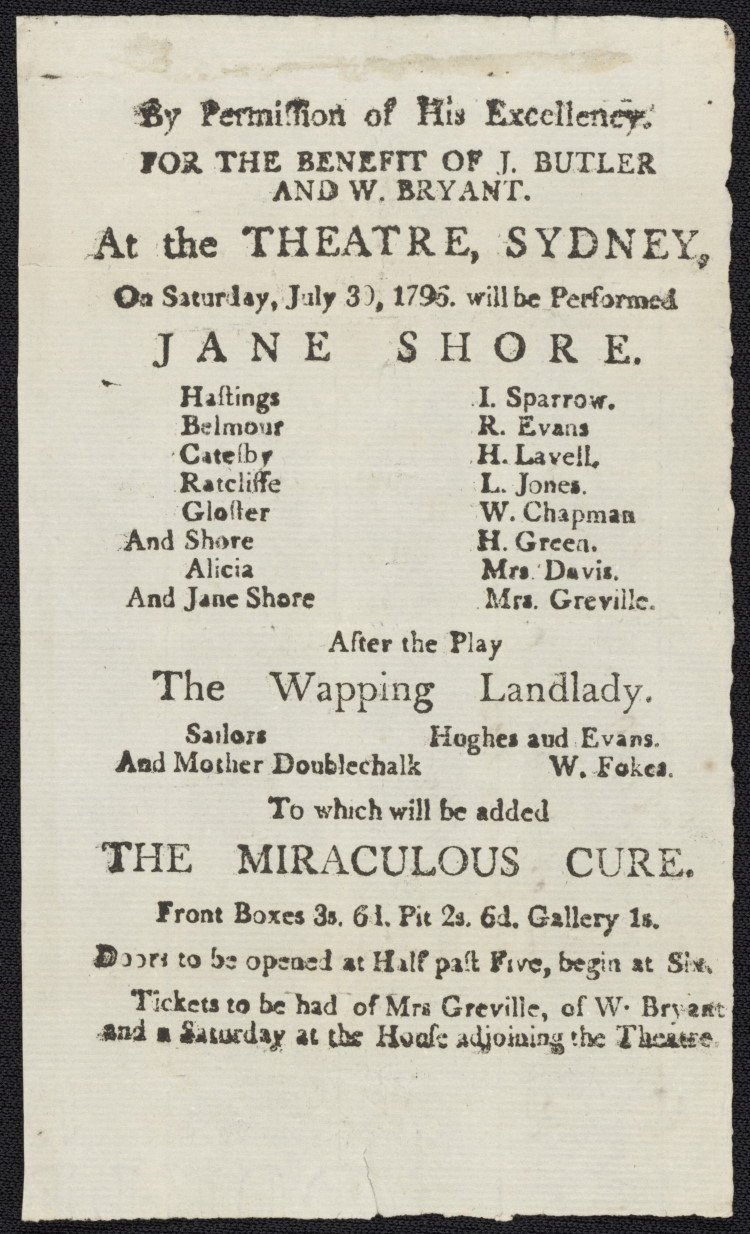 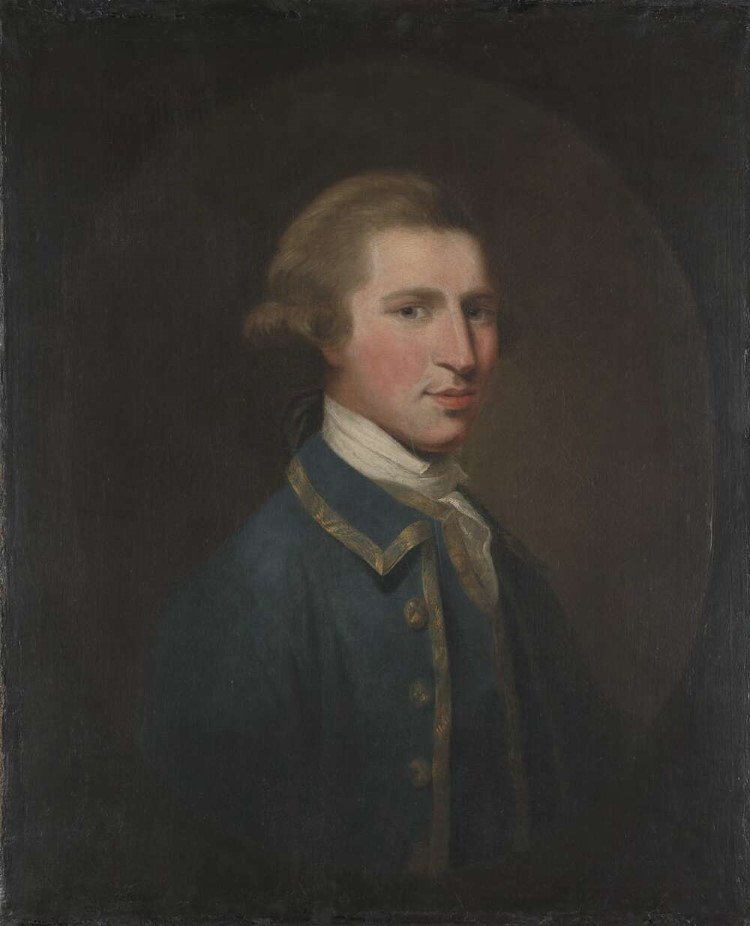 A glimpse of daily life in Sydney comes from the diaries and journals of John Grant. In 1803, Grant was sentenced to death for shooting a family solicitor ‘in the hams’ after he ordered him to cease his romantic pursuit of the daughter of Lord Dudley and Ward, whose aristocratic family objected to the match. The solicitor survived, however Grant was sentenced to death. He was only reprieved at the last minute following a petition by his sister to the daughters of George III. He arrived in the Coromandel in May 1804.

Once in Sydney, Grant soon fell under the influence of wealthy Sir Henry Browne Hayes (1762-1832). Australia’s only convict knight, Hayes had been sentenced to death in 1801 for abducting Mary Pike, a Quaker heiress to a fortune of £20,000, in one of the most notorious marital scandals of the Georgian era. After appeals which reached as far as HRH the Prince of Wales (later George IV), Hayes’ death sentence was commuted to transportation for life and he arrived on the transport Atlas in July 1802.

During his ten years in the colony, the eccentric Sir Henry was arrested eight different times for ‘affray’, ‘insolence’ and ‘promoting discord’, which earned him ‘travels’ to Van Diemen’s Land, Norfolk Island and Newcastle (twice). Banished from Sydney town, he established a harbourside retreat which he named Vaucluse (closed valley) in an effort to remove himself from the oversight of the Sydney authorities.

With Hayes forbidden to enter town, John Grant was soon a fixture at Vaucluse. He used to ride into town on ‘Sir Henry’s nag’ and exchange gossip for Vaucluse’s produce, mainly watermelons and peaches. Most of this tittle-tattle found its way into Grant’s notebook. It provides a fascinating insight into the personalities and political unrest of the day. It also records the arrest of the colony’s Governor Bligh at the hands of the ‘Rum Corps’ in Australia’s only armed rebellion. The lifestyle of Vaucluse gentlemen convicts is comfortable, with their books and fine china, harpsicord and violin playing, sea bathing and yachting, far removed from the traditional convict experience.

Grant's letters and journals are now digitised and available online. Entrusted to Governor Bligh, the collection lay for some 150 years in the vaults of Lloyd's Bank in London where Mr W.S. Hill-Reid discovered them. The National Library acquired the collection in 1957. Yvonne Cramer later used the papers for her book, This beauteous, wicked place: the letters and journals of John Grant, gentleman convict.

A popular piece of Australian folklore is the story of Sir Henry Browne Hayes encircling his house at Vaucluse with a moat of imported Irish soil to discourage snakes. Hayes was much bothered by a snake infestation at Vaucluse. According to Irish legend, St Patrick drove Irish snakes into the sea in the fifth century AD, whereafter ‘the mere scent of the bog was death to snakes’. This tale was most recently reprised in the anthology, Famous Detective Stories: True Tales of Australian Crime. In reality, Sir Henry was engaged in an astute whisky smuggling operation, with spirits smuggled ashore in barrels of ships ballast. 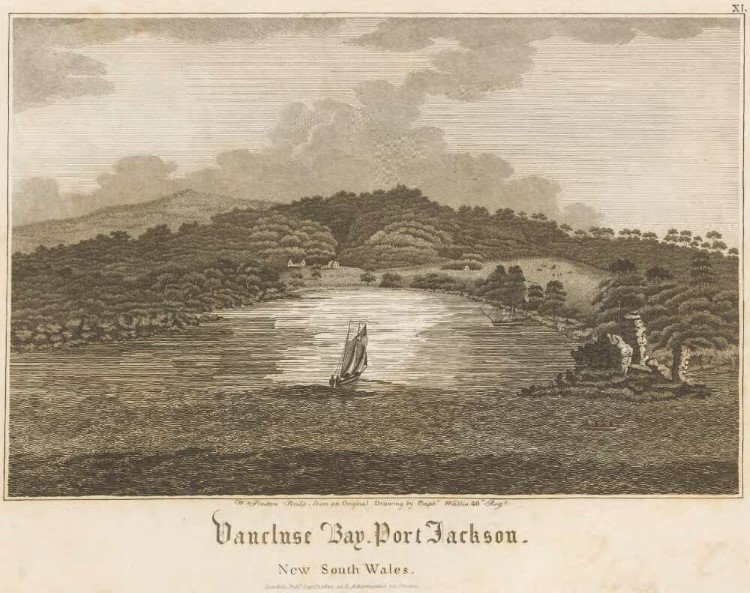 Christine Maher Biography: Christine Maher researches and writes on early colonial convict estates. A Petherick reader and volunteer guide at the National Library of Australia, she is the author of the biography, Richard Brooks: From Convict Ship Captain to Pillar of Early Colonial Australia published by Rosenberg in 2016. She is currently completing a biography of Sir Henry Browne Hayes, the convict knight of Vaucluse.