The World of Zines

A zine is a self-published, short run, small-circulation publication. They can be used to share artwork or writing, contribute to a subculture, teach a skill, disseminate ideas, share lived experiences and find like-minded people. Zines are a powerful tool of expression and there are no gatekeepers between you and publishing your work. A zine can look like anything from a beautifully illustrated comic, a photocopied queer feminist manifesto or a potato with a barely legible sentence scrawled onto it. The National Library of Australia has a growing collection of zines from around Australia.

With the rise of the photocopier, the 1980s and 1990s saw the proliferation of zines. But, zines had been around for many decades before this. While it would be almost impossible to trace back to the very first zine, there are a few incredible science fiction fan zines in the State Library Of Victoria from as early as the 1940s! 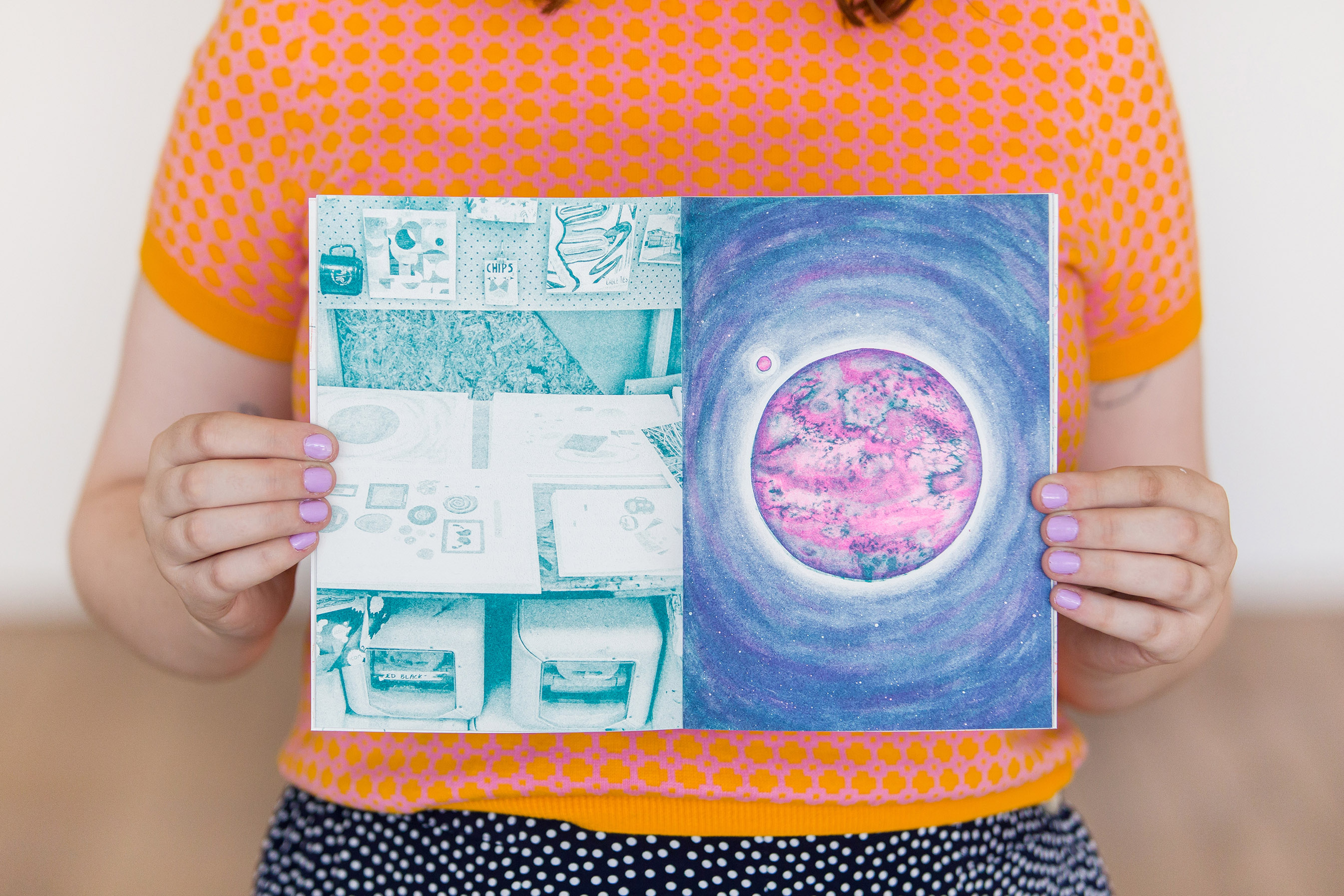 I began making zines towards the end of high school with a few good friends. We took the first zine we made together to a zine fair in Canberra and that’s where I developed my love of zines and zine fairs. I moved to Melbourne in 2010 and quickly gravitated towards Sticky Institute – Australia’s only dedicated zine shop. At Sticky Institute I found a beautiful network of like-minded creators. Since then, I’ve made a several of zines and have tabled at many zine fairs around Australia.

Zines have a significant place in my art practice. It is important to me to make art that is affordable and easy to connect with. My zines often act as portable version of an exhibition or they can be a time capsule for an idea or thought. I’ve made zines about space, plants, music and my experience of depression. 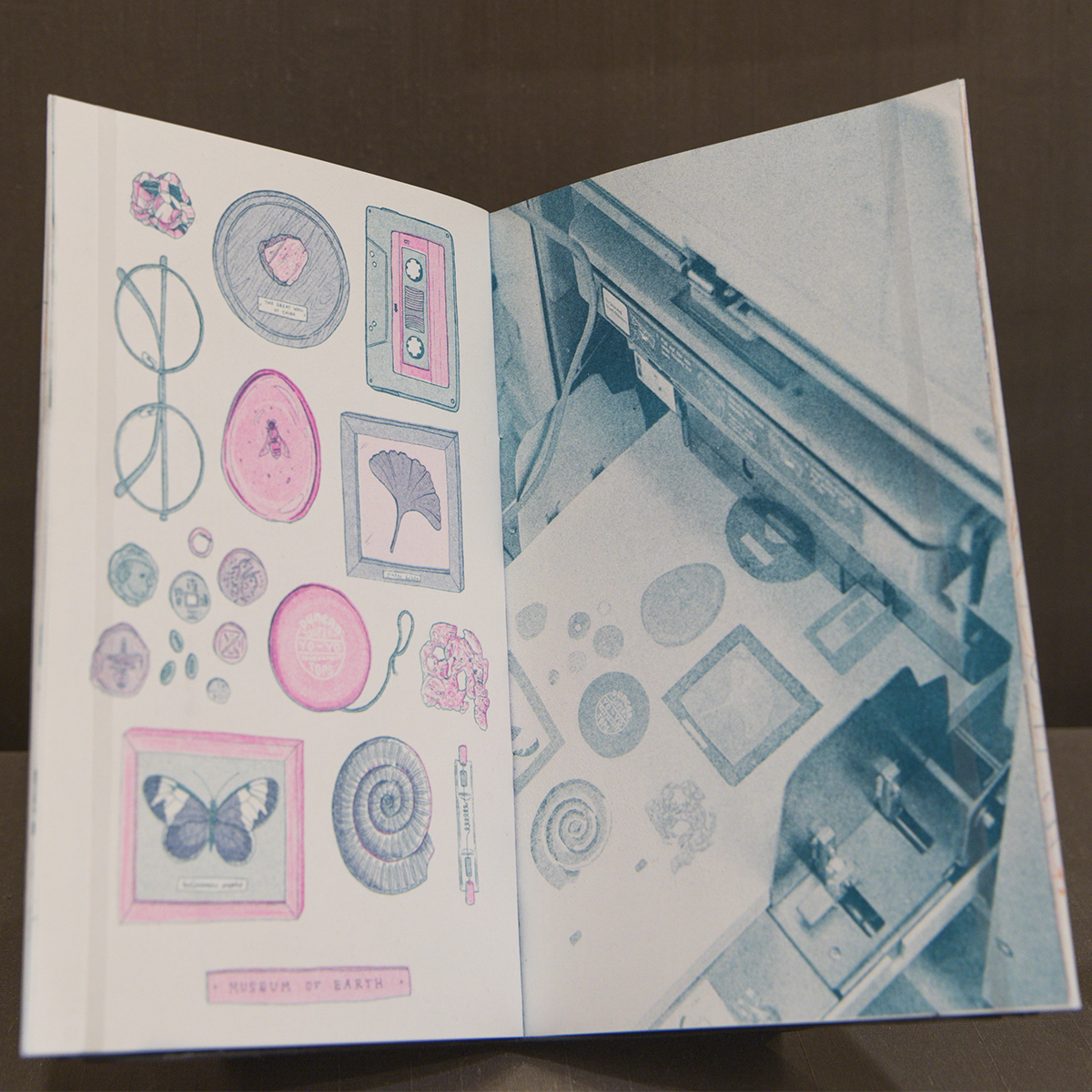 'No Place Like Space' on display in the National Library's Treasures Gallery, 2019

My zine No Place Like Space is currently on display in the National Library’s Treasures Gallery. No Place Like Space – the zine and the exhibition of the same name – were shown in Melbourne in February 2017. It chronicles an imagined colony on a faraway planet where humans have settled for just over five years. While the residents are making progress, there is no planned return voyage, so they are often lonely and homesick.

It’s an enormous privilege to have my zine shown in the National Library’s Treasures Gallery alongside some incredibly significant Australian works and sharing a cabinet with two other beautiful zines by Deborah Klein and ZoëSadokierski. The National Library collects zines a variety of ways. No Place Like Space was acquired in person at the Melbourne Art Book Fair in 2017. Representatives of the National Library are often at zine fairs around Australia scoping out new zines to acquire for the collection.

To anyone who would like to dive into the world of zine making I can offer a few tips. First, start by attending a zine fair near you. It’s incredible to see so many zines in one room and you’re sure to find at least a few that will suit your interests. I’d also recommend you check out any zine stores or workshops near you. In addition to the National Library, there are also many local and state libraries around Australia that have zine collections. If your local library doesn’t have a zine collection, you could suggest that they think about starting one. 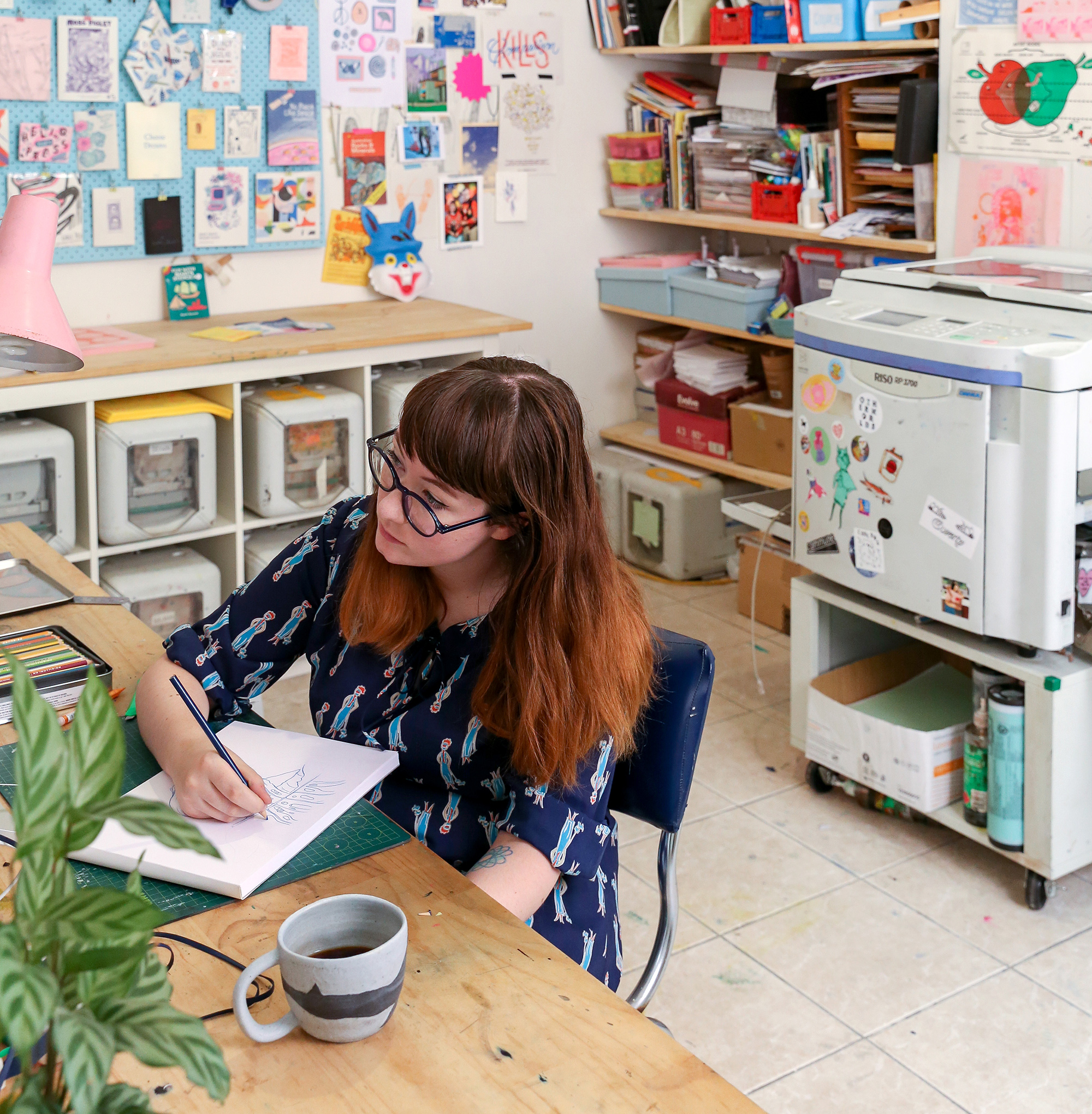 My number one top tip for people who want to start making zines: make a zine! The hardest zine to make is your first, so make it as fast as you can, as silly as possible and keep it simple. The 8-page zine is a great format for beginners, and there are heaps of resources out there for zine-makers including the incredible book Stolen Sharpie Revolution. Don’t think too hard about the outcome, just get making!

Ashley Ronning is a Melbourne-based illustrator and artist. She can usually be found in her studio drawing, risograph printing or working on her next zine.

Zines at The National Library:

The National Library acquires zines by sending staff to zine fairs, and through donations. While most of the Library’s zines are housed in the main collection, we also have a growing formed collection called the Nick Henderson Zine Collection, regularly updated by Nick Henderson, one of the library’s generous supporters.

If you would like to have your zine included in the National Library’s collection, please drop us a line at zines@nla.gov.au. See our website for information about Legal Deposit.