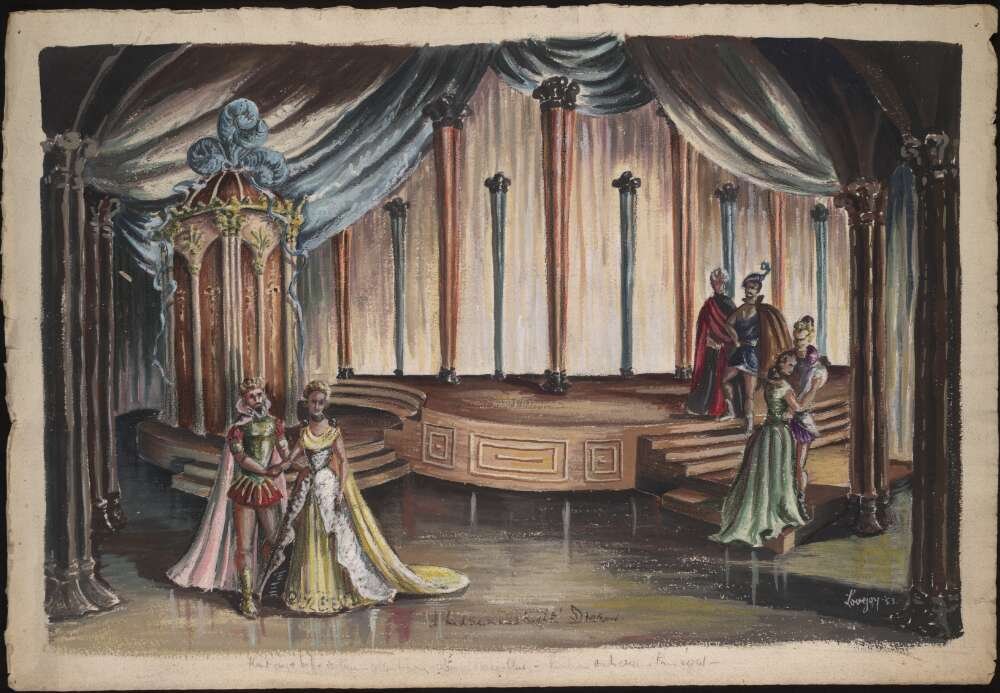 In 1948, theatre royalty visited Australia: Sir Laurence Olivier, the Shakespearean actor of his age, and his wife Vivien Leigh, lead Britian's Old Vic Theatre Company on a tour of Australia and New Zealand. They were in Australia from March until October, performing School for Scandal by Richard Brinsley Sheridan; Thornton Wilder’s The Skin of Our Teeth; and Shakespeare’s Tragedy of King Richard III. While they were in Australia, Olivier’s film of Hamlet premiered. 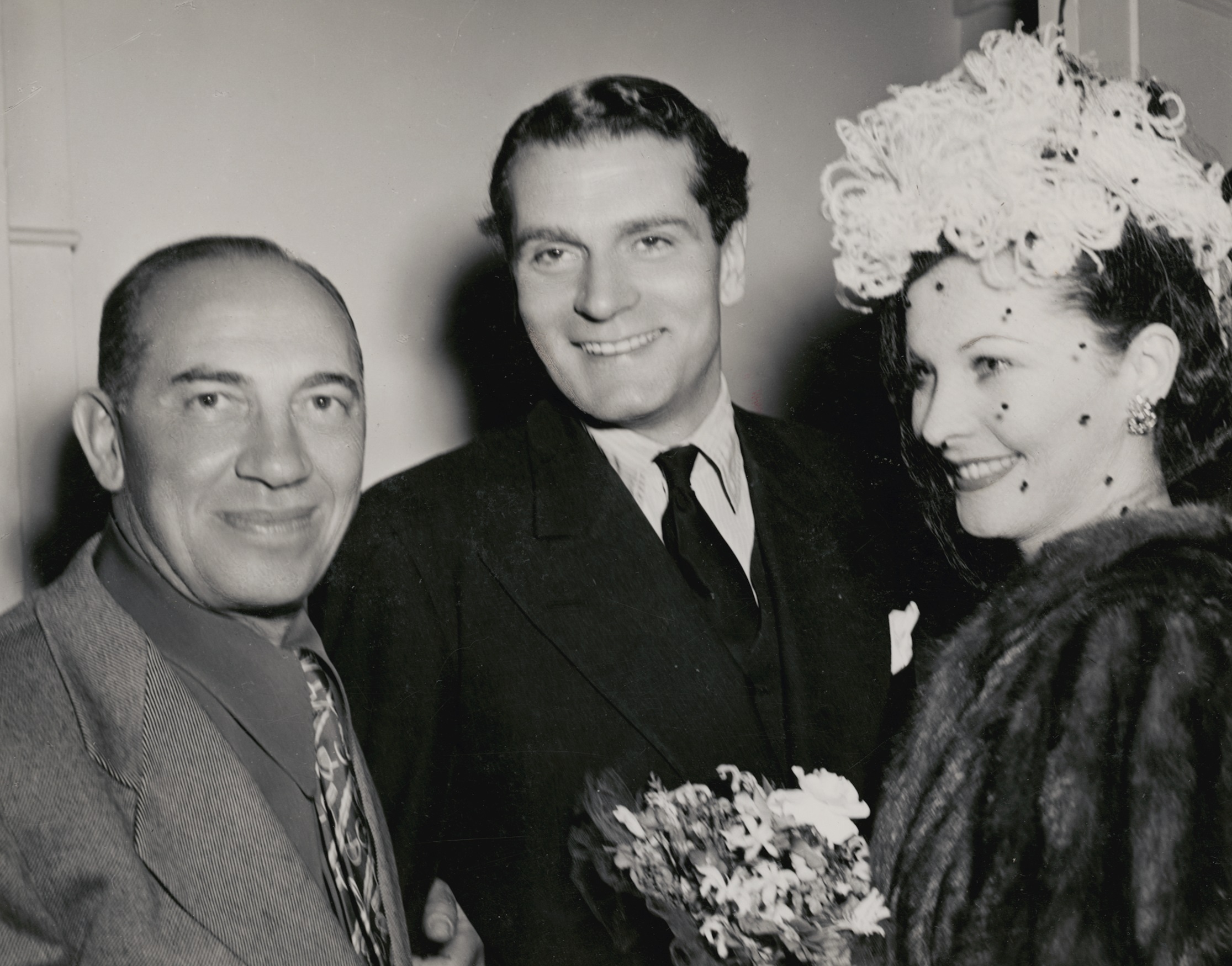 ‘Acting is a torture to me,’ Olivier is quoted by the Cootamundra Herald on 29 June, in one of hundreds of newspaper articles documenting the tour. ‘I love the atmosphere of the theatre and the thought of acting—but when I walk on to the stage, I hate it."

The National Library’s collections document the tour through theatre programs, digitised newspapers, and photographs. Over 600 photographs are held in an Athol Shmith photography album acquired by the Library in 1994. Mostly snapshots, they provide an intimate portrait of the members of the Old Vic company on board the RMS Corinthic, picnicking, and visiting beaches and other scenic places.

The Oliviers were not the first to bring Shakespeare to Australia. The first recorded public performance, of Henry IV Part 1, was held in Sydney on 4 April 1800, with festivals, performances and talks scheduled regularly ever since. 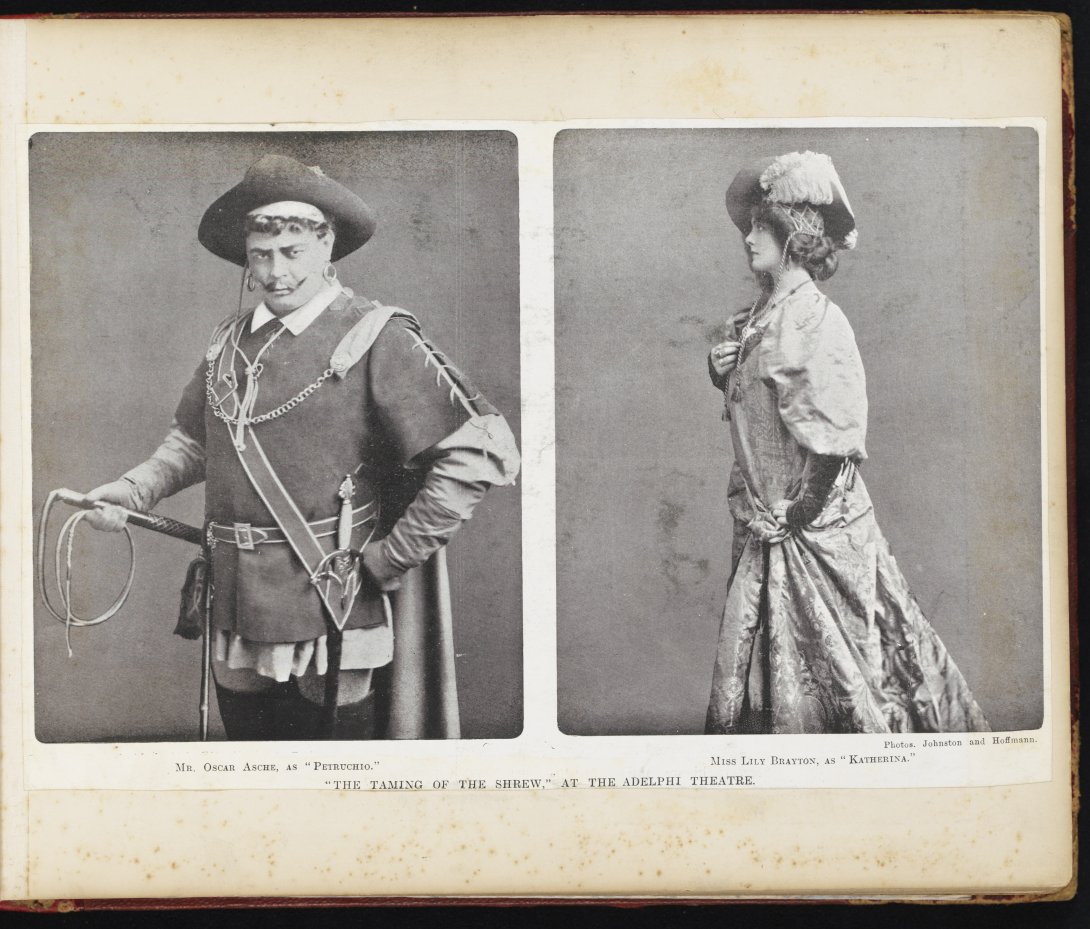 Oscar Asche and Lily Brayton as Petrouchio and Katherina in The Taming of the Shrew c.1909, from a scrapbook compiled by Maysie Hailes, nla.cat-vn1992586

In 1909, the Geelong-born actor-manager Oscar Asche toured Australia with his wife, actress Lily Brayton. Over 18 months, they presented productions of The Taming of the Shrew, Othello, As You Like It, and The Merchant of Venice in Sydney and Melbourne. Two scrapbooks provide an insight into the tour. Asche returned to Australia a number of times, including in 1922 under contract to J.C. Williamson. 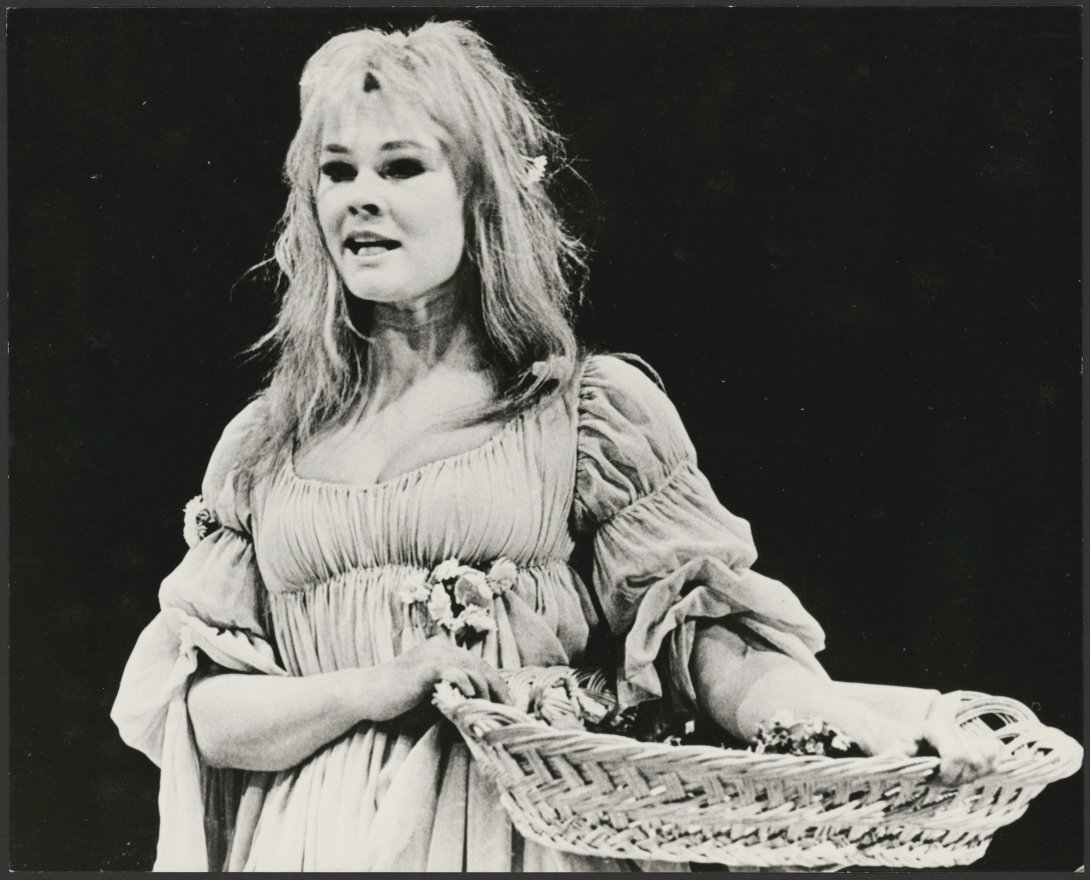 Judi Dench as Perdita in the Royal Shakespeare Company production of The Winter's Tale presented by J.C. Williamson, 1970, nla.cat-vn3805624

In 1970, the Royal Shakespeare Company toured. Leading the cast was Judi Dench, who performed the roles of Perdita in The Winter’s Tale and Viola in Twelth Night.

The National Library’s collection extends to many published editions of his plays and poetry and extensive holdings of published criticism. The Pictures Collection contains numerous posters advertising performances of Shakespeare’s plays; original costume and set design sketches by actor, theatre designer and artistic director, Robin Lovejoy; sketches, paintings and photographs depicting many performances over the years. The Manuscripts Collection abounds in Shakespeareana, including manuscript sheet music inspired by and for performance in the plays.

We hold the extensive personal papers of John Bell spanning over 60 years, including correspondence, diaries, notebooks, production files, scripts and teaching notes. In the Oral History Collection, you can listen to John Bell’s 1991 address to the National Press Club, in which he discusses his motivation for establishing the Bell Shakespeare Company. In the Rex Nan Kivell Collection, the Library holds an 1807 print of one of the most well-known images of the playwright and in the Library’s audio archive you can listen to Shakespeare scholars and performers talking about the man and his plays. 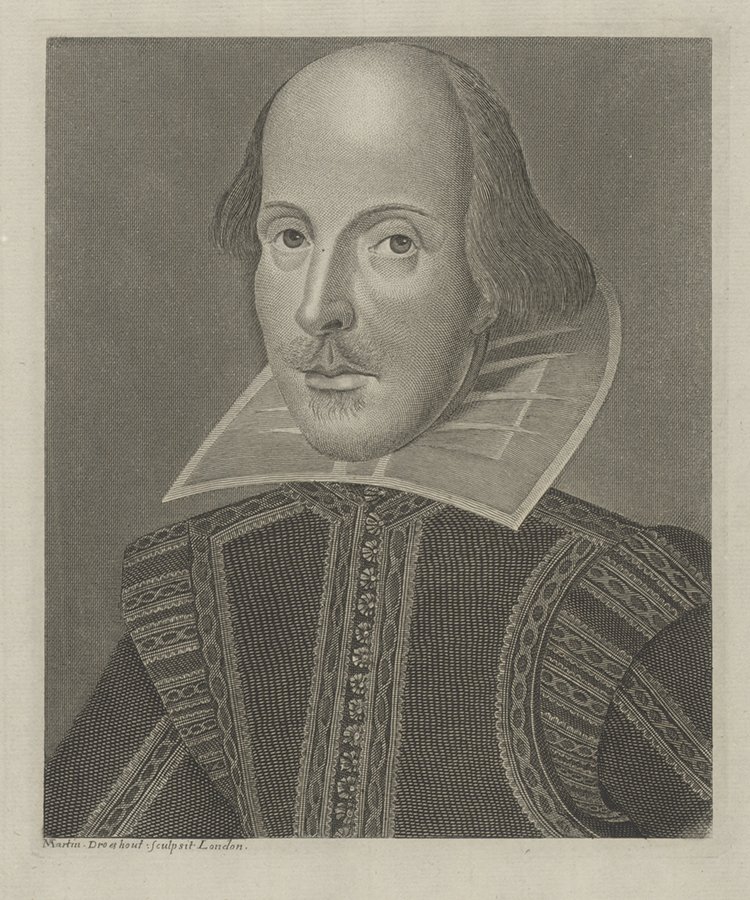 As we mark the 404th anniversary of Shakespeare’s birth, here are some ways the National Library can help you ‘brush up your Shakespeare’.