‘Of shortish stature and inclined to rotundity with age’

One of the lesser-known zones in Trove is the People and Organisations zone. This is a shame, because I spend quite a lot of time working on it, and because there are some wonderful Australian stories to be found in this zone. One of the things I hope this blog post will do is tell you about this zone and perhaps encourage you to explore it. I was inspired to write this post by the story of Keith Lewis Barry: a doctor, musician and sportsman with an indomitable spirit, whose life spans the first half of the twentieth century. 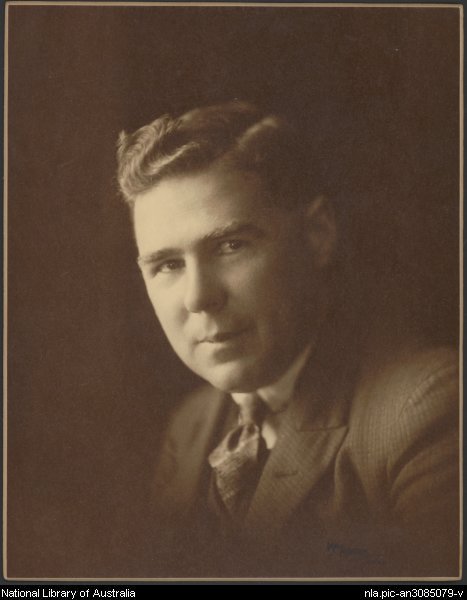 I found Keith Lewis Barry one afternoon while I was disambiguating the identity records from the Encyclopedia of Australian Science. Disambiguation is the 'process of resolving the conflicts that arise when a single term is ambiguous'. In this context, this is the process of deciding if the record for ‘John Smith’ which has been submitted to Trove by organisation ‘x’ is the same as the ‘John Smith’ submitted by organisation ‘y’. We have systems in place which do some of this work automatically, but there is a point at which the computer will simply not be able to differentiate between them. The computer can’t automatically tell, yet, that the John Smith who writes about iguanas isn’t the same as the John Smith who writes poetry. That’s where some human intervention is still necessary, to make those understandings and connections, and that’s what I was doing when I found Keith Lewis Barry.

The People and Organisations zone has over 900,000 records, with over 200,000 of them about Australian people and organisations. Our hero, Keith Lewis Barry, first came into Trove from the Australian Dictionary of Biography, a service created by the National Centre of Biography at the Australian National University.  The Encyclopaedia of Australian Science also had a biography for him. When their records were ‘harvested’ by us, the software which looks at these records was not positive that he was the same Barry, Keith Lewis as the one already in our system and so shunted him off for human review. I came along, read his story, and decided they were the same person. I then added the Encyclopedia of Australian Science record to the Australian Dictionary of Biography record and so you’ll now find both in Keith’s record in Trove.

Born in Parramatta in 1896, Keith Lewis Barry was a doctor and a musician who was also a very talented golfer and tennis player. He served in the British army in the First World War, studied medicine, presided over musical societies, recovered from pulmonary tuberculosis and worked for the ABC. In Trove you can find his book, Music and the listener, first published in 1933. His syndicated newspaper column ‘The Diary of a Doctor Who Tells’ is in Trove’s digitised newspapers. In these columns he writes about the daily life of a GP, the patients and medical issues. While reading some of them I had to keep reminding myself that these columns were written more than 50 years ago. I was reminded very much that our human condition hasn’t changed nearly as much as our technology. He has a nice way with words, for instance calling a patient a hypochondriac in the nicest possible way 'Mary is one of those who regards her health with a passionate interest'. Mary would probably love Dr Google!

The title of this post came from the Australian Dictionary of Biography’s description of Keith. It appealed to me because it is a nice turn of phrase, and maybe because I am also of shortish stature and more than a little inclined to rotundity! I was struck, again, that people are at the heart of a good story, and that I’m lucky to work on a service which is fundamentally about telling stories.

Hopefully as we develop the people zone its gems will become more visible to all.