Trove didn’t come out of a box, ready for the National Library to install. Trove has grown out of other services and evolved through the influence of people, technological developments and business needs. This month we’re celebrating Trove’s fifth birthday by taking over the month. It’s Trovember and we thought we’d start by reflecting on where we came from.

Trove was built on the experience and knowledge gained through the Library’s many years of sharing and collaborating with other organisations. I have to pick a starting point however, so I’ll start with the Australian Bibliographic Network.

The Australian Bibliographic Network (ABN), launched in 1981, was Australia’s first shared national cataloguing system. Instead of every library investing the resources to catalogue every item in their collection, each item would be catalogued once and other libraries would copy this cataloguing, saving time and money. This was a service inspired by the success of OCLC and initially included records from university, state, special and public libraries. To put this in some context, when ABN was born online library systems were still in their infancy and the web as we know it today had yet to be born.

Next came the web archive Pandora in 1996 and the Register of Australian Manuscripts (RAAM) in 1997. Pandora, Preserving and Accessing Networked Documentary Resources of Australia, was the Library’s first attempt at capturing Australia’s online documentary heritage. RAAM was a database which contained records for manuscripts (eg. letters and diaries) from non-government archives.

Australia Dancing, launched in 2003, was a joint venture with Ausdance, Australia’s dance peak body. This service updated the electronic directory to the Australian Dance Collection. It was a one stop shop if you were interested in dance in Australia.

Music Australia and Australian Research Online were launched in 2005. Music Australia was a free discovery service for, as its name implies, music resources. These resources came from over 50 cultural organisations around Australia.

Late 2006 saw the beginnings of the People Australia project. The primary aim of this project was to develop a resource discovery service for significant Australian people and organisations, based on biographical records held in National Library of Australia’s electronic resources, suplementing this with records from a range of partner repositories. People Australia was never released to the public as its development was rolled into the development of Trove. In 2009 People Australia became accessible to the public in the People and Organisations zone in Trove.

As you can see, the beginnings of Trove were there: collaboration, changing technologies, the need to use resources wisely all underpinned by the mission to share information. But there is a final piece to the puzzle.

The Australian Newspapers Beta service was released onto an unsuspecting world in July 2008. The service started with 11 newspapers, including The Sydney Gazette and New South Wales Advertiser, The Argus and The South Australian Advertiser. There are now over 700 newspapers with no plans to stop. The Australian Newspaper Digitisation Program has a rolling program of digitisation which they update each financial year.

Initially known as the Single Business Discovery Service (which just rolls off the tongue), briefly known within the Library as Girt (still a favourite with some of the team) the name Trove was the inspired suggestion of a member of the Library’s Public Programs section. Trove, treasure trove, the French verb trouver (to discover), has now spawned new verbs and nouns of its own. You no longer search, you trove. Trove fans are Troveites.

If you want to know more about the policy and technical challenges there is a more detailed article about Trove’s development on the Library’s website: Digging deep in Trove: Success, challenge and uncertainty.

The Trove of 2014 is quite a different service to the one which started in 2009. Improvements have been made in the interface, the services, and the data. And Trove will continue to grow and develop.

So we start Trove’s birthday month with where we came from. Come back at the end of the month and we’ll tell you where we hope to go. In between I’ll introduce you to the teams who work to bring you the Trove you know and love.

It's Trovember and we're celebrating. 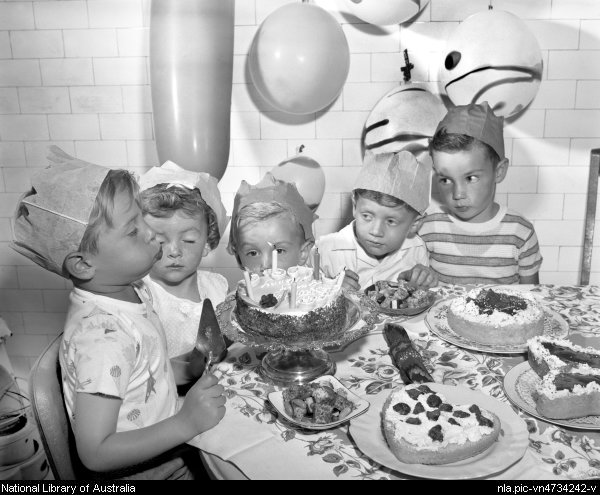