The hunt for J.J. Graves: a Trove detective story

The hunt for J.J. Graves: a Trove detective story
Team member Mark investigates to find just who is in this photo

Recently, a Trove user contacted us about the caption assigned to a picture from the Fairfax Glass Negatives collection held in the Pictures Collection at the National Library of Australia. He claimed that despite its assigned caption, 'President of the Australian Labour Party Mr J.J. Graves standing beside a car, New South Wales, 1930', J.J. Graves did not appear in the picture. 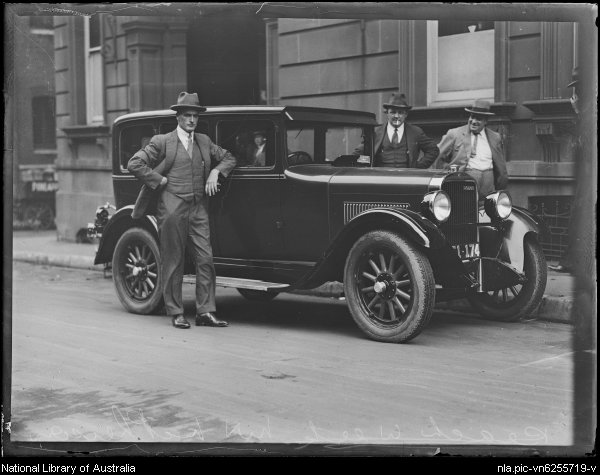 We found a picture that we could confirm was Mr J.J. Graves published in the Sydney Morning Herald on 19 October 1946. It was quite obvious that whoever the people in the original photo were, none of them was J.J. Graves. So we started investigating to see if we could identify them. 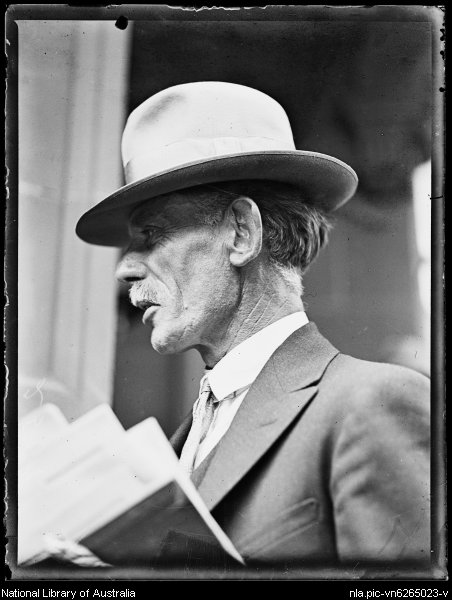 Our first step was to confirm the date by looking at the car in the photograph. The grille badge quite clearly declares it to be a Dodge, and by using the shapes and placement of the windows and other features we were able to narrow it down to the most likely candidate, a 1927/1928 Dodge Fast Four. 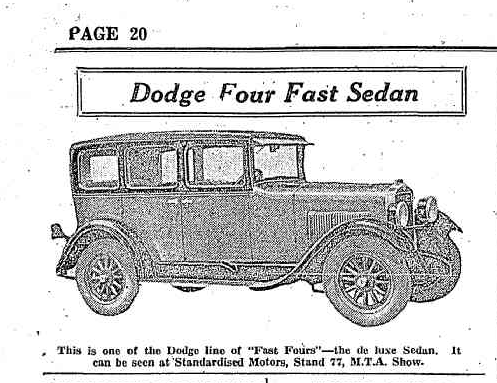 The vehicle appears to be quite new in the photograph, so there's a reasonable chance that it was taken in 1928 rather than 1930. An examination of advertising around this period shows that it could have been at any time during the year, as some dealers were advertising it in November 1927. 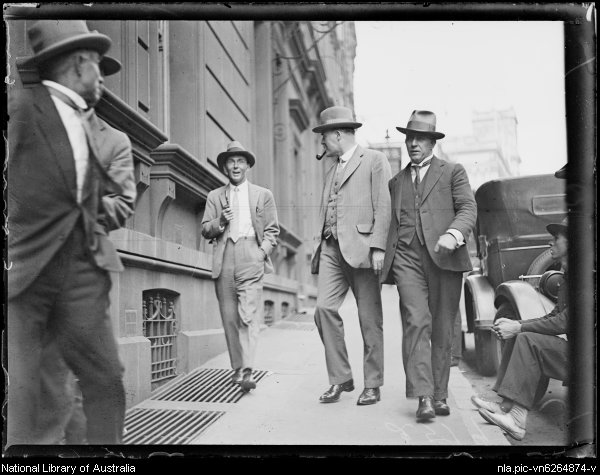 Leader of the Opposition Mr Jack Lang outside the Trades Hall during the Federal Labor Conference, Sydney, 21 March 1931. http://trove.nla.gov.au/work/184209899

So, we had a date, a location, but we still didn't have any information about the people in the photograph. Looking carefully at the image we noticed that there was some writing along the bottom, which was obviously on the negative. By inverting the contrast (so the writing is black on grey) and flipping the image, we revealed what appears to be 'Peach Week [unknown characters, could be Mr] McPherson' written along the bottom of the photograph.

Searching for information about Peach Week returned a lot of articles about a Peach Week in Melbourne in 1926, and a less successful one in 1928, however they didn't appear to be relevant to the photograph. Instead, we focused on the name 'McPherson' searching for links to the ALP in newspapers from the 1920s. We discovered a Mr A.J. McPherson, who was succeeded as president of the party in 1927 and appointed as organising secretary. It had been decided that he would be provided with a car to help set up new branches of the party. 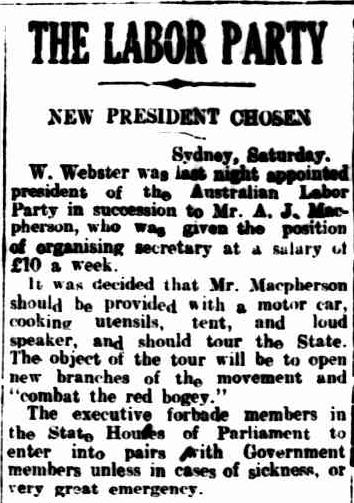 This information leads us to the conclusion that the person on the left hand side of the photograph is most likely A.J. McPherson, with a reasonable chance that the car is the one he was provided to undertake his new work. By searching for A.J. MacPherson (note the different spelling) in the Pictures zone we were able to confirm his identity with this photograph: 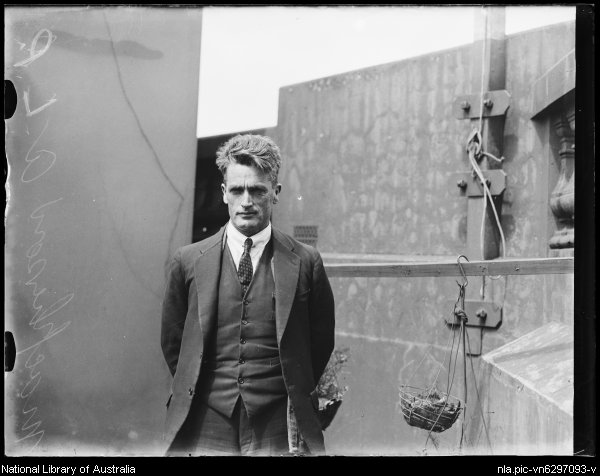 We didn't find J.J. Graves, but we did find A.J. McPherson.

Help us to continue to tell Australian stories by donating to the National Library of Australia's Support Trove appeal. The appeal closes on February 28, 2015. For more information please visit our forum.

Comment:
Thank you! Such a great story. I use Trove a lot for classroom resources (I write educational books for SAKGF) and I'd love to share this process with some of the students. We look at photos and menus from kitchen gardens in Australia's past.
Comment:
Bev, We'd love to hear about how you use Trove and if you have ideas about other support we could give educators. Please use Contact us from the Trove homepage if you'd like to give us some feedback.