A day in the Trove team often starts with answering enquiries. These can range from newspaper digitisation suggestions, or help with research, to how to get an item found in Trove.

One morning, in late 2015, we received a request that on the surface looked quite normal. A man named Ivan wanted to see if we could help him borrow an object from the collection of the Health Museum of South Australia. This item was an antique prosthetic hand made in the nineteenth century out of whale bone, metal spools and catgut pulleys. We had a look on the Internet to see what Ivan had been working on and soon realised that before us was a wonderful, life-changing story of innovation. A digital record in Trove had helped Ivan change people’s lives for the better.

In Adelaide, 1842 Corporal John Coles was preparing for the second firing of his canon in a salute to honour the birth of the Duke of Cornwall. The gunpowder exploded and Corporal Coles lost the fingers of his right hand. 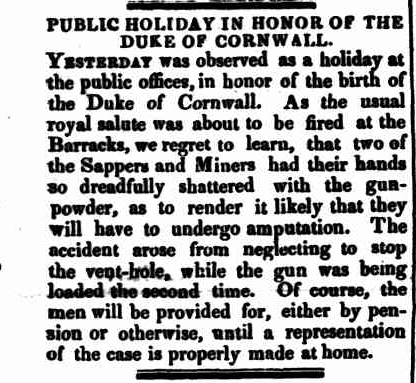 In 1844, Robert Hasting Norman, a Surgeon Dentist with an interest in carving objects in ivory and bone, arrived in Adelaide to establish the colony’s first dental practice. 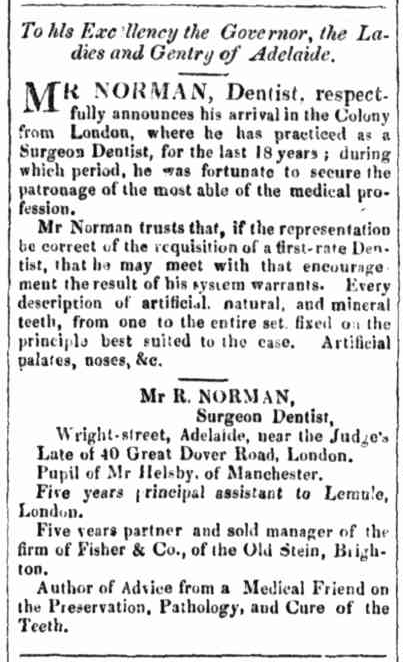 Norman was particularly interested in practical applications of his carving. The Governor of South Australia at the time, Sir George Grey, sponsored Norman’s construction of a prosthetic hand for Corporal Coles. Corporal Coles used the hand for 42 years until his death in 1886. 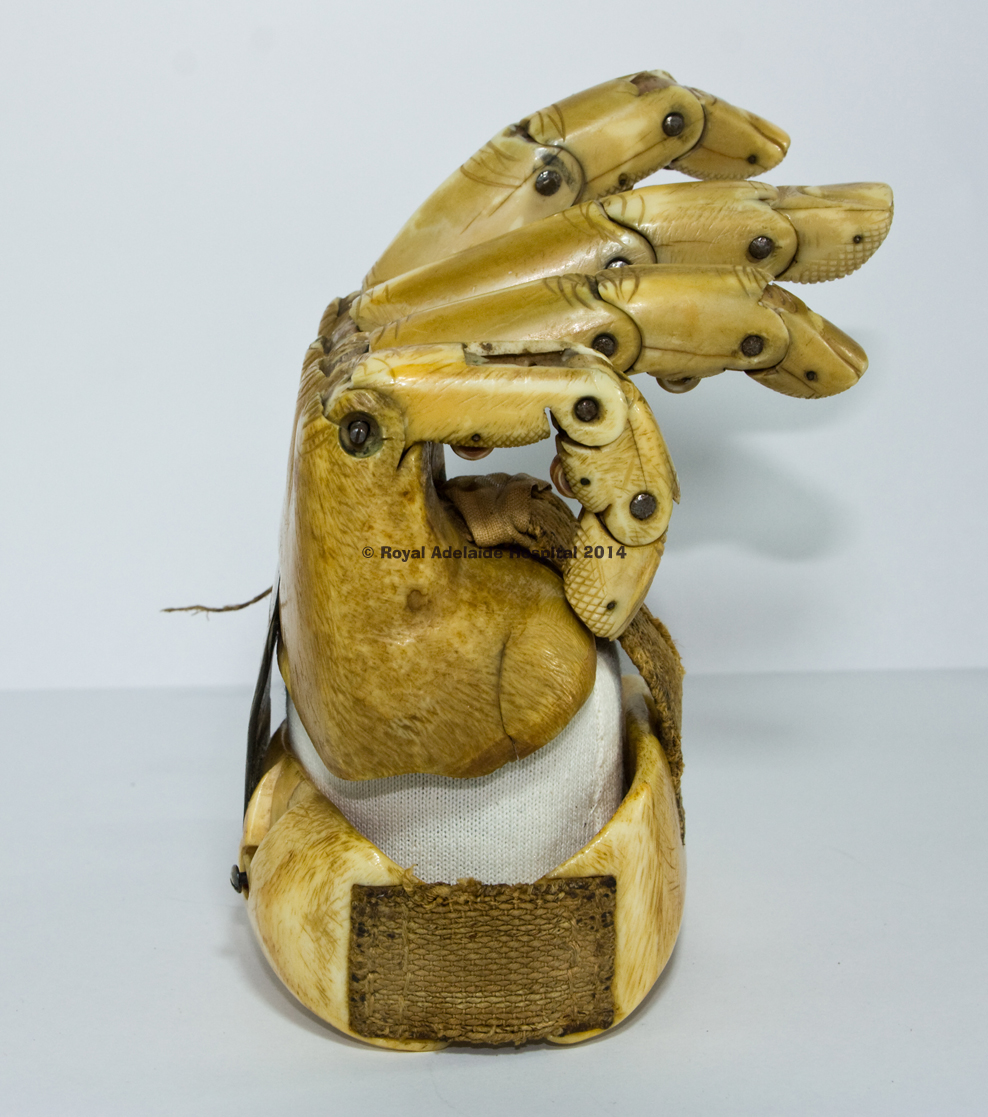 More than a century later Ivan Owen, an artist and engineer, is working away in his garage building a mechanical hand for a costume. He creates a YouTube video of the hand that catches the eye of a carpenter in South Africa called Richard van As, who had lost fingers from one of his hands in an accident. Richard suggests they work together to build a mechanical prosthetic based on Ivan’s design. With some crowd-funding and support from a 3D printing company they begin work. Their project soon came to the attention of a South African woman whose son Liam had been born without fingers on his right hand.

Prosthetic devices are expensive to make and not often made for children, given their growth would mean regularly re-making the prosthetic. Could cheaper prosthetics be made using today’s technologies? Could they help Liam?

Ivan searched Google for historic examples of body-powered hand designs. His research lead him to the Health Museum of South Australia’s story of the Coles Hand. This story, while useful, lacked the detail he needed to complete the design. Further searching ensued and he found the record in Trove, which included crucial details about the materials used and how the mechanism worked. Particularly useful was the description that the hand was ‘beautiful in its mechanism and accurate in its working that Corporal Coles could pick up a button or a sixpence with pleasing facility’.

One hundred and sixty-eight years after Corporal Coles first used his prosthetic hand, Liam is able to pick up coins with his body-powered three dimensional hand.

Ivan and Richard shared their work on an open source platform called Thingiverse. They intentionally made the design public domain with the hope that this would lead to enhancements by others. This is indeed what happened. A community called Enabling the Future has grown around the design with a view to using 3D printing to literally give the world a helping hand. As Ivan says in his TEDx talk, these new technologies can be tools which help our neighbour, and our neighbour can be on the other side of the world.

So many lives have been changed by this. Over 1,600 children who would have had to wait until adulthood to receive useable hands now have access to a prosthetic that is so cheap and easy to construct that as they grow new hands can be printed with ease.

An open source community has formed, harnessing creative energies around the world to improve the design. In Paraguay and Uruguay a group has downloaded the freely available files and started to produce customised 3D prostheses, developing a philanthropic model to distribute them.

Ivan was hired by the University of Washington to run their design lab and now has a team of students working on similarly practical 3D design projects.

Of course we had to have a go at building one ourselves. Our friends over the road at Questacon, the National Science and Technology Centre, have a 3D printer and were keen to be involved. 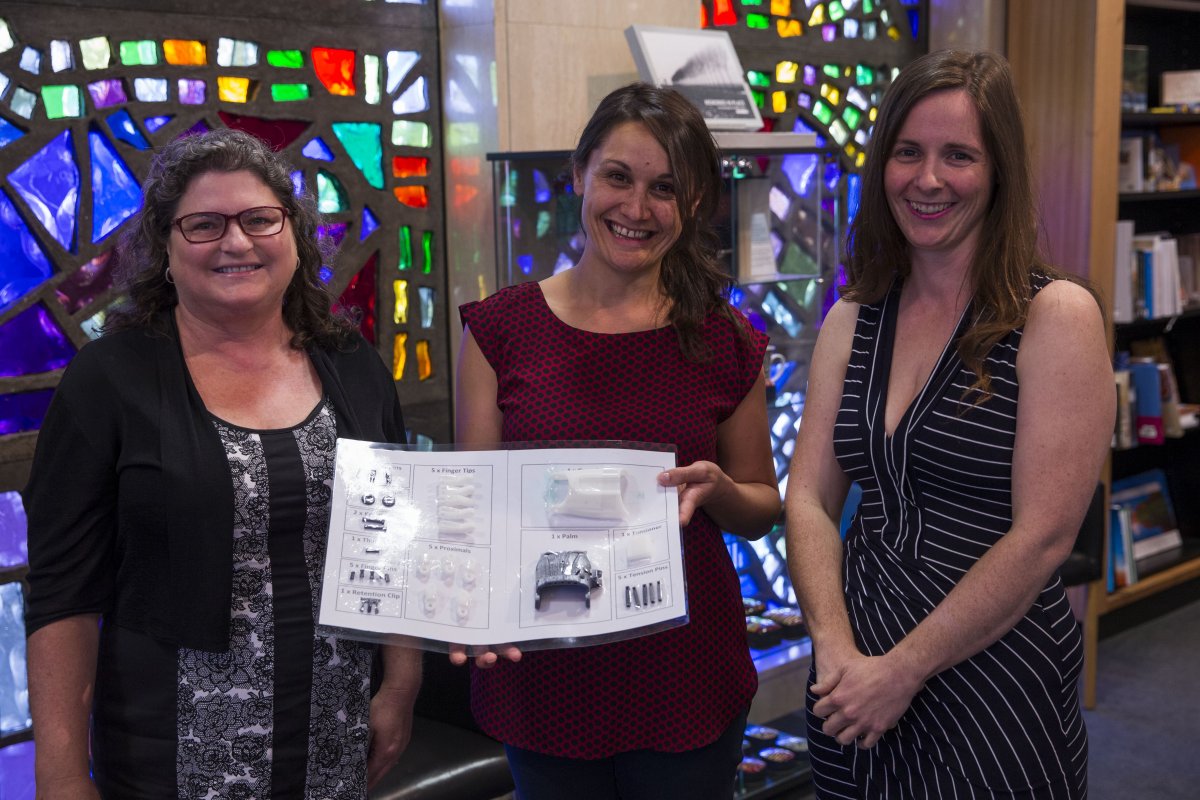 They printed the parts for us and the Trove team had a wonderful afternoon constructing it. Here is the Questacon and Trove version of The Raptor. 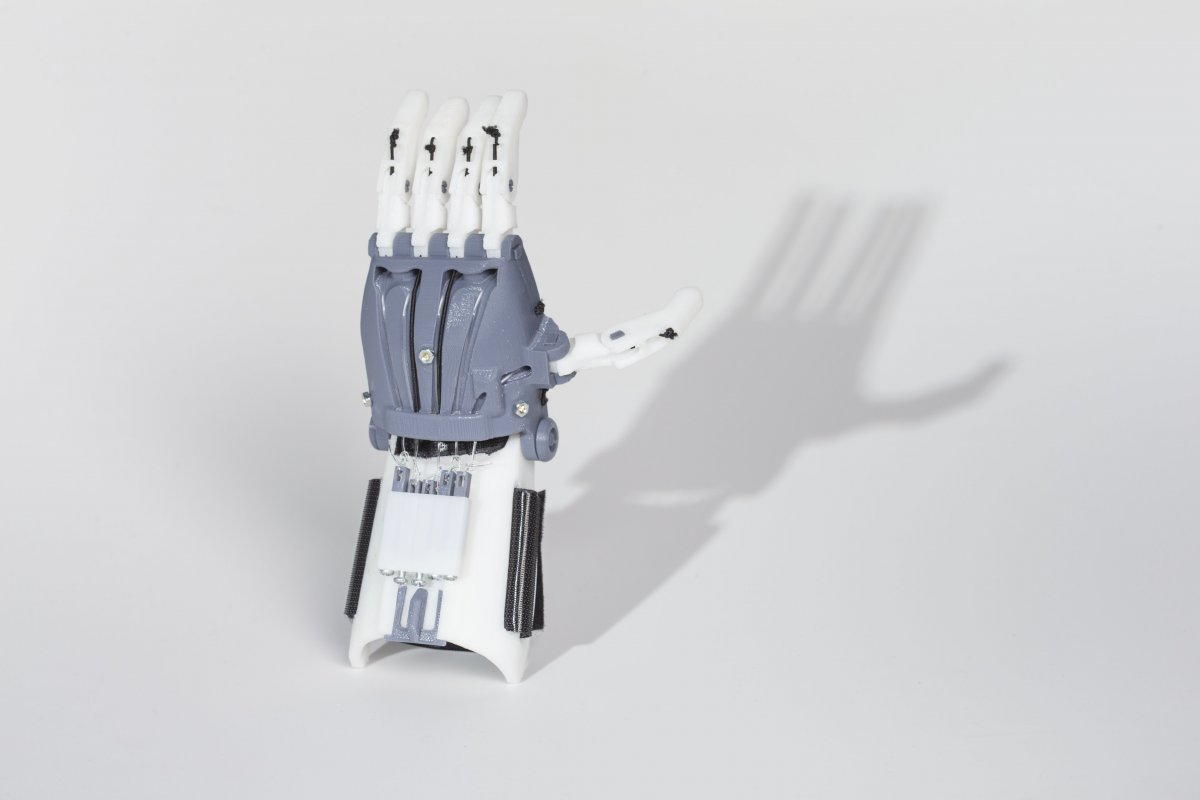 Trove and Questacon's version of The Raptor.

A Century of Australian Advertising Posters