Please note: Aboriginal and Torres Strait Islander People are advised that this page and links contain images and names of people who are deceased and historical viewpoints and terminology that may be considered offensive.

Our 10-part blog series is celebrating the 50th anniversary of the National Library of Australia's building with 50 interesting and important records in Trove. This week we're exploring items 41 to 45—all representing Indigenous Australia.

From the digitised school magazine of five remote communities of the Northern Peninsula Area to the lived experiences of separated children and families recorded as part of the Bringing them Home response, this week’s collection of items tell of Australia’s First Nation peoples. 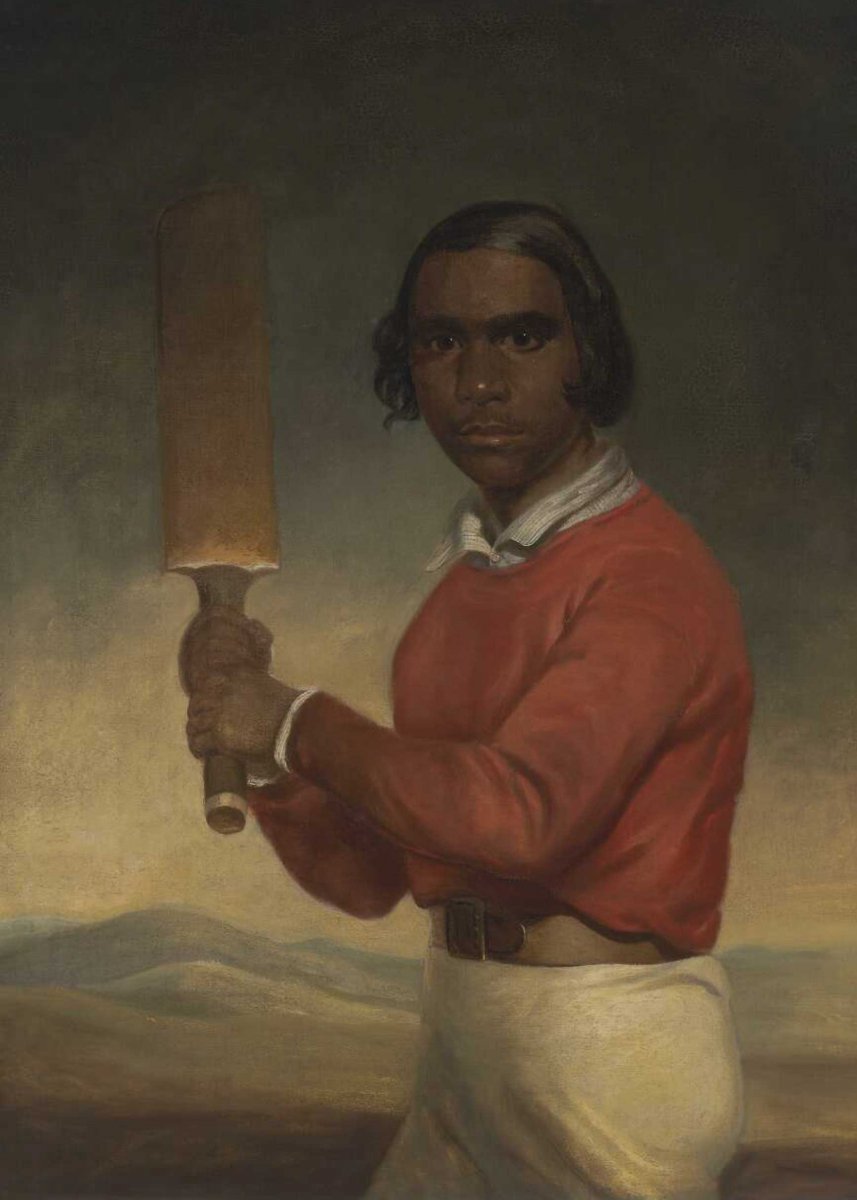 Painted in 1854, this painting of a young Indigenous boy, Nannultera, is telling of its context. Dressed in European attire, playing the English game of cricket, and depicted with a somewhat melancholy expression, Nannultera was a resident of the Poonindie Mission Station in South Australia. Just a decade later, we read the newspaper report of ‘the first cricket match played in Europe by aboriginal natives of Australia’.

This portrait was painted by English born artist, J.M. Crossland, who studied at the Royal Academy Schools in London before arriving in Port Adelaide in 1854. 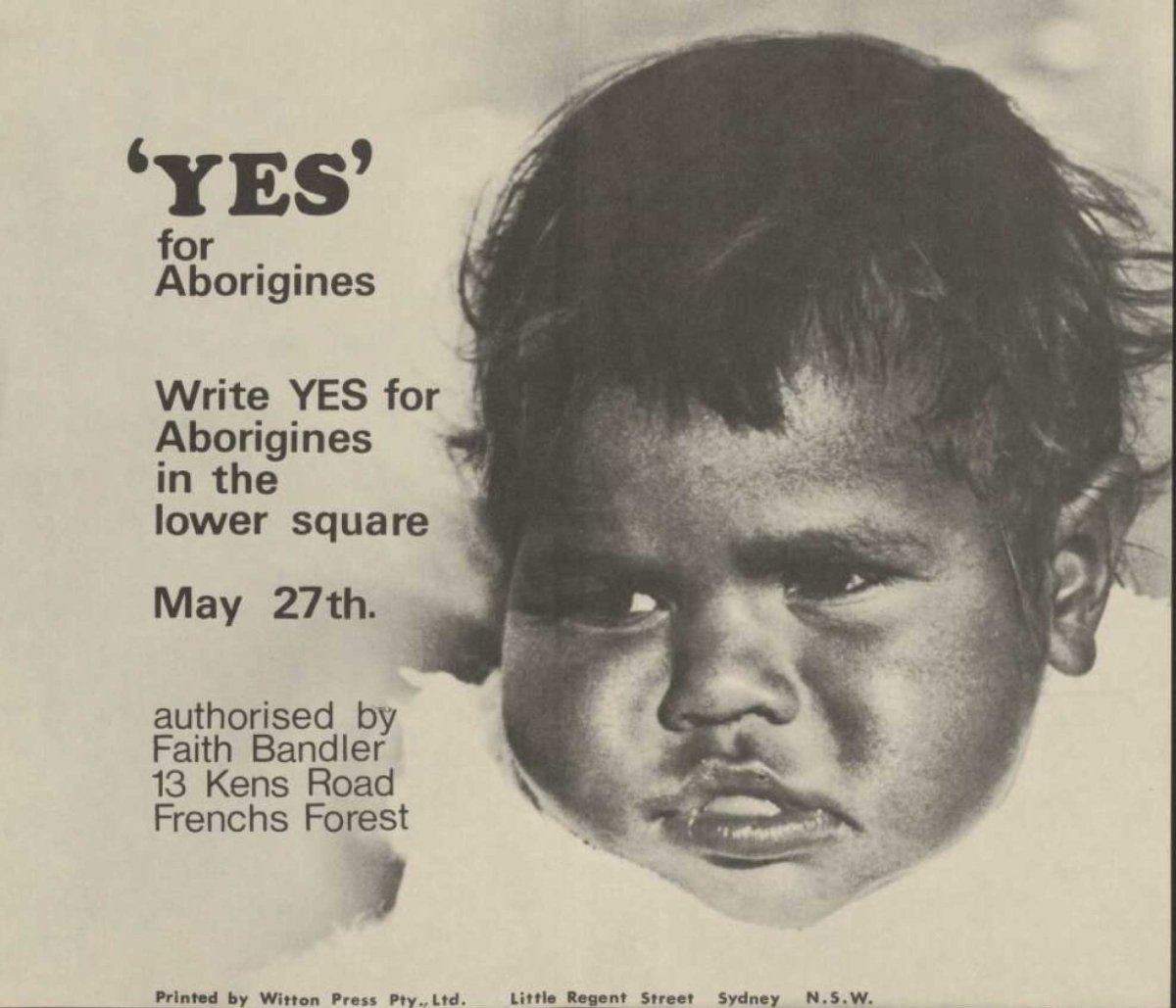 On 27 May, 1967, after years of campaigning, a referendum was held to change the Australian constitution. Symbolic of the ongoing struggle for justice, this campaign drew attention to the legislative and social limitations placed on the lives of Aboriginal and Torres Strait Islander Australians.

On Trove you can also: 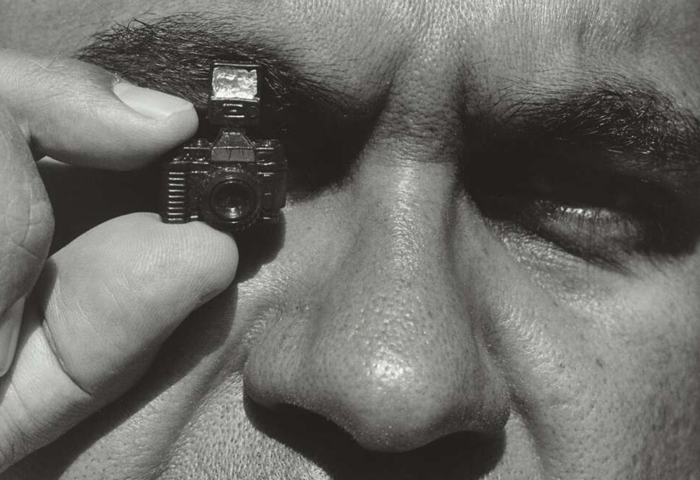 This self-portrait taken by First Nations photographer Mervyn Bishop in 1989 underlines the significant movement towards Indigenous self-representation in Australian photographic art. Whereas historic photographs presented Indigenous people as ‘nameless subjects in Australia’s traumatic history’ (see Jodie Dowd’s blog post, Behind the Lens), we can trace their replacement with more positive representations. In particular, the NADOC ’86 exhibition placed Indigenous Australians behind the lens and ‘empowered Indigenous artists for the first time to promote their rights and a vision of self-representation in an act of post-colonial intervention that openly challenged non-Indigenous propaganda…this exhibition was the first time that black faces were seen in photographs outside racially bogus scientific/anthropological journals, kitsch/postcard imagery and, more often than not, negative news and media stories.’ (Jonathan Jones, ‘Half light: portraits from Black Australia’).

Mervyn Bishop was the first Aboriginal photographer to work for the Sydney Morning Herald. His photography sits alongside that of others such as Tracey Moffatt, Brenda L Croft, Destiny Deacon, Ricky Maynard and Michael Riley who used humour as well as more serious techniques to represent Indigenous Australians. To learn more about Australian Indigenous documentary photographers and filmmakers, explore the resources in this companion Trove list. 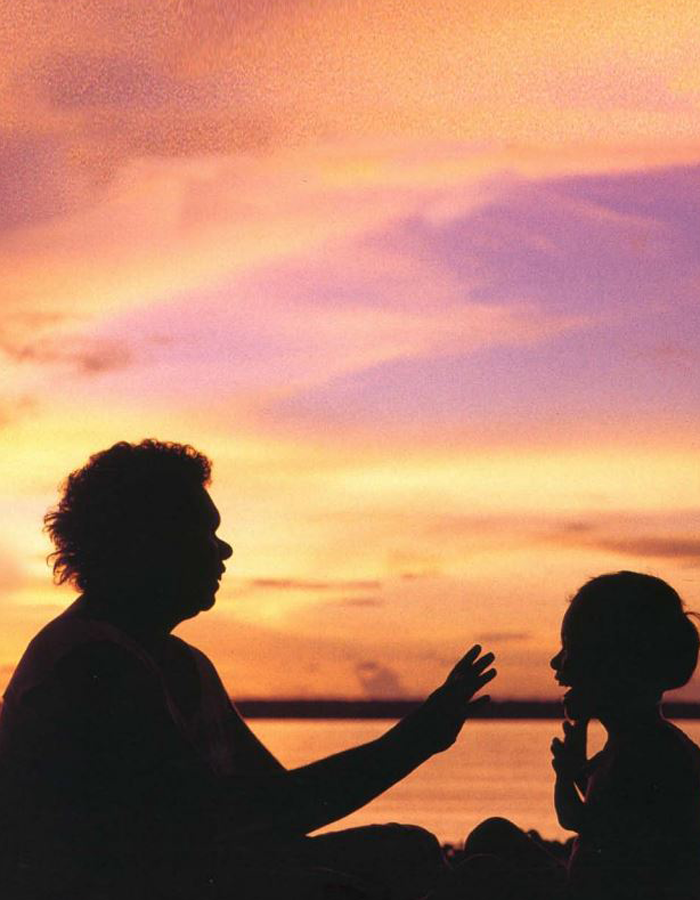 Recording the diverse experiences of the Stolen Generations, this collection of oral histories comprises 340 interviews—including interviews with families and children who experienced separation as well as with those who cared for them, worked in institutions and were involved with administration, policy and implementation. The project to record these oral histories was part of the Commonwealth Government response to the recommendations of Bringing them Home, the report of the National Inquiry into the Separation of Aboriginal and Torres Strait Islander Children from their Families. Visit our Trove list of the interviews that are available for listening online. 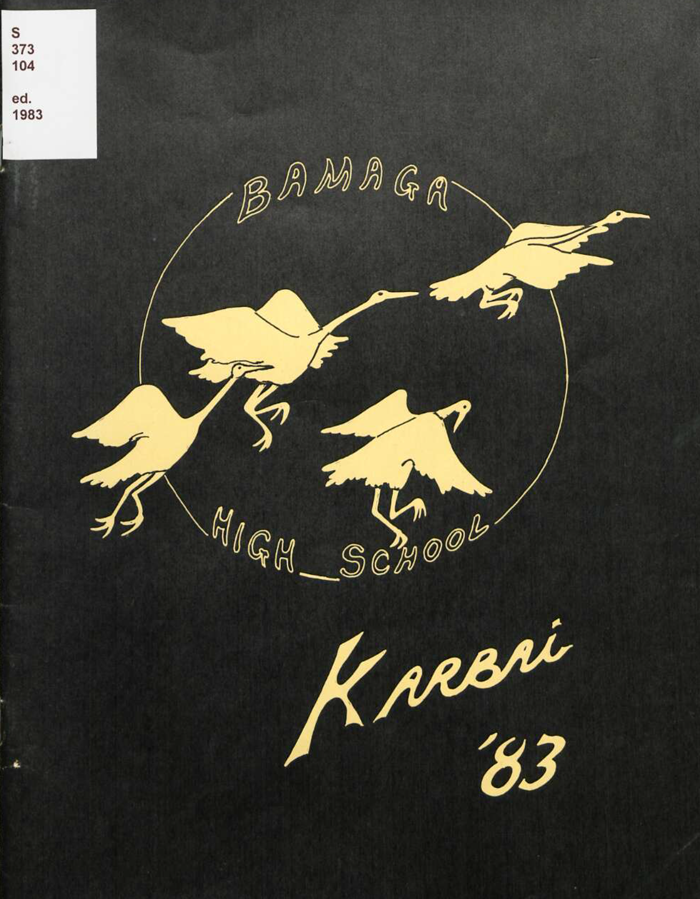 Dubbed ‘Australia’s northernmost mainland high school’, Bamaga State High School—now the Northern Peninsula Area State College (NPASC)—lies just 40 kilometres from Cape York’s tip. The Bamaga State High School magazines were the first school year books to be digitised to Trove, a project achieved through a partnership between the NPASC, the National Library and the State Library of Queensland. According to project coordinator, Yanti Ropeyarn, ‘Digitising collections such as the Bamaga State High School Magazine, and making them available on Trove, enables Aboriginal and Torres Strait Islander perspectives and voices to be visible, heard, and cherished—not just by family and friends to whom the collection matters most, but by a national and global audience.’