Our 10-part blog series has celebrated the 50th anniversary of the National Library of Australia's building with 50 interesting and important records in Trove. In our final week we explore items 46 to 50, and they are the most important of the lot. They’re your choices.

Our first People’s Choice object is from Alison and it’s the perfect example of what so many of you love about Trove. Here’s her choice, in her own words.

‘I love you dearly and use you regularly in my professional capacity as a solo law librarian… But I also adore you for the access you provide to digitised newspapers and how these can flesh out family history. My nomination for the People's Choice for a Trove item is very personal…

This is a story about my Great-Great Grandfather, Charles Pressick... I had been told by my Great Grandmother that her father, Charles Pressick, became blind, had to give up his drapers' shop and canvas the town with her assistance (she had to lead him around). What I had not realised and was certainly not told by my Great Grandmother was just how tenuous their family's life became when Charles could no longer earn a living. That only became clear on reading this article in Trove. The five "little girls" mentioned in the article, including my Great Grandmother, all lived into at least their 90s and I knew all five. Their difficult childhood, with a limited education, prevented none of them from living interesting, wide ranging lives, contributing to their communities and taking a particular and loving interest in their extended family. Thank you Trove!’

Rhett’s favourite find in Trove was the obituary of the first person to ever appear on film, Frederick P Ott, whose film career began, and ended, with a sneeze. 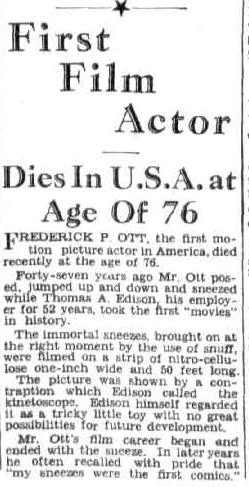 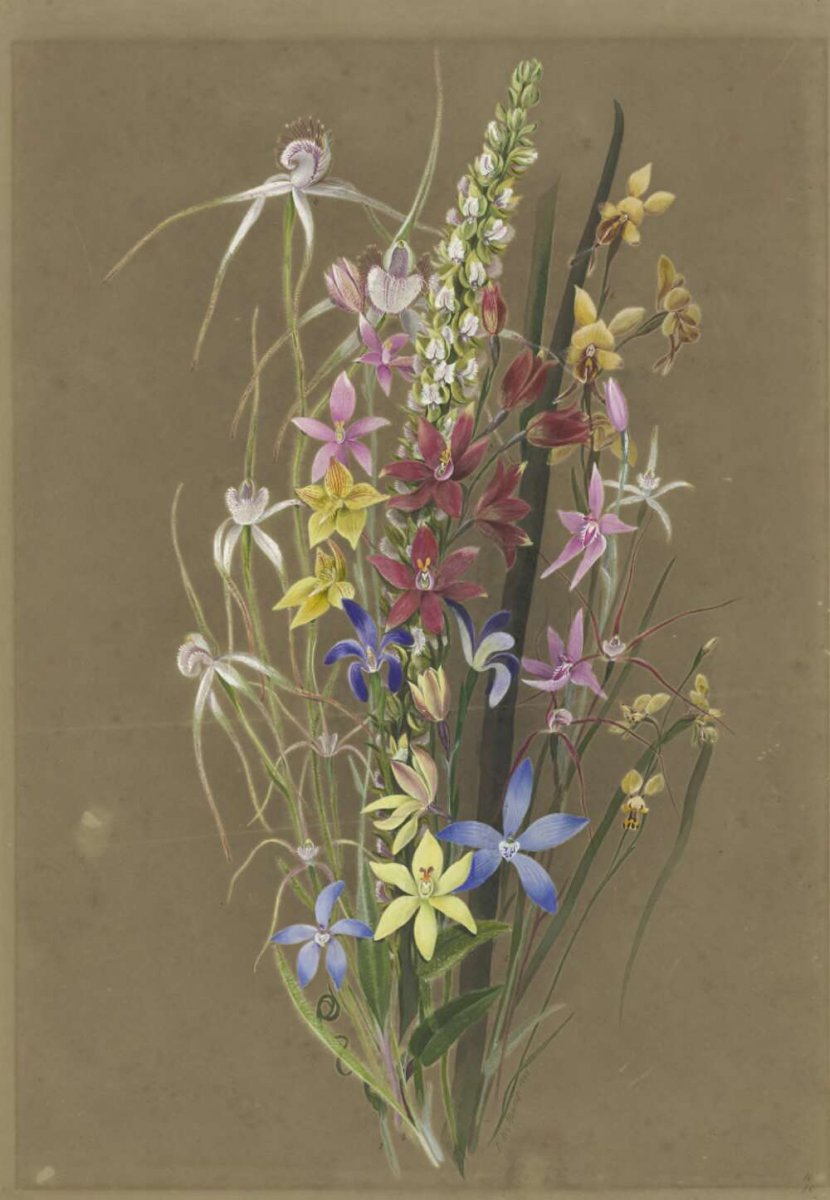 Claire stumbled across the botanical paintings of Ellis Rowan while researching her novel, and they’re among her favourite digitised items in Trove. There are over 700 to explore. If you’d like to read more about the Library’s Rowan Collection, there’s a wealth of information about it on the Library’s website. 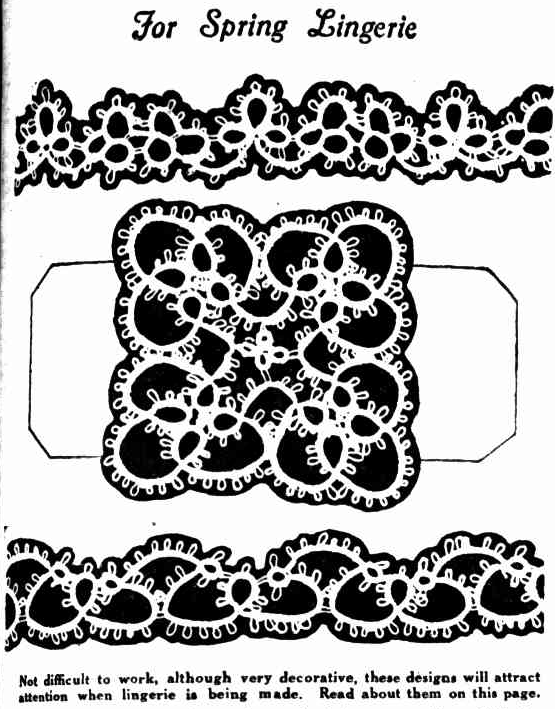 Judith loves the patterns she can find: embroidery, quilting, knitting, crochet, tatting…patterns for all the needle arts are represented in Trove. Judith told us about Norma Benporath, a textile artist and designer who was recognised with an OAM for services to tatting in 1998. You can find her patterns in a series of lists in Trove. 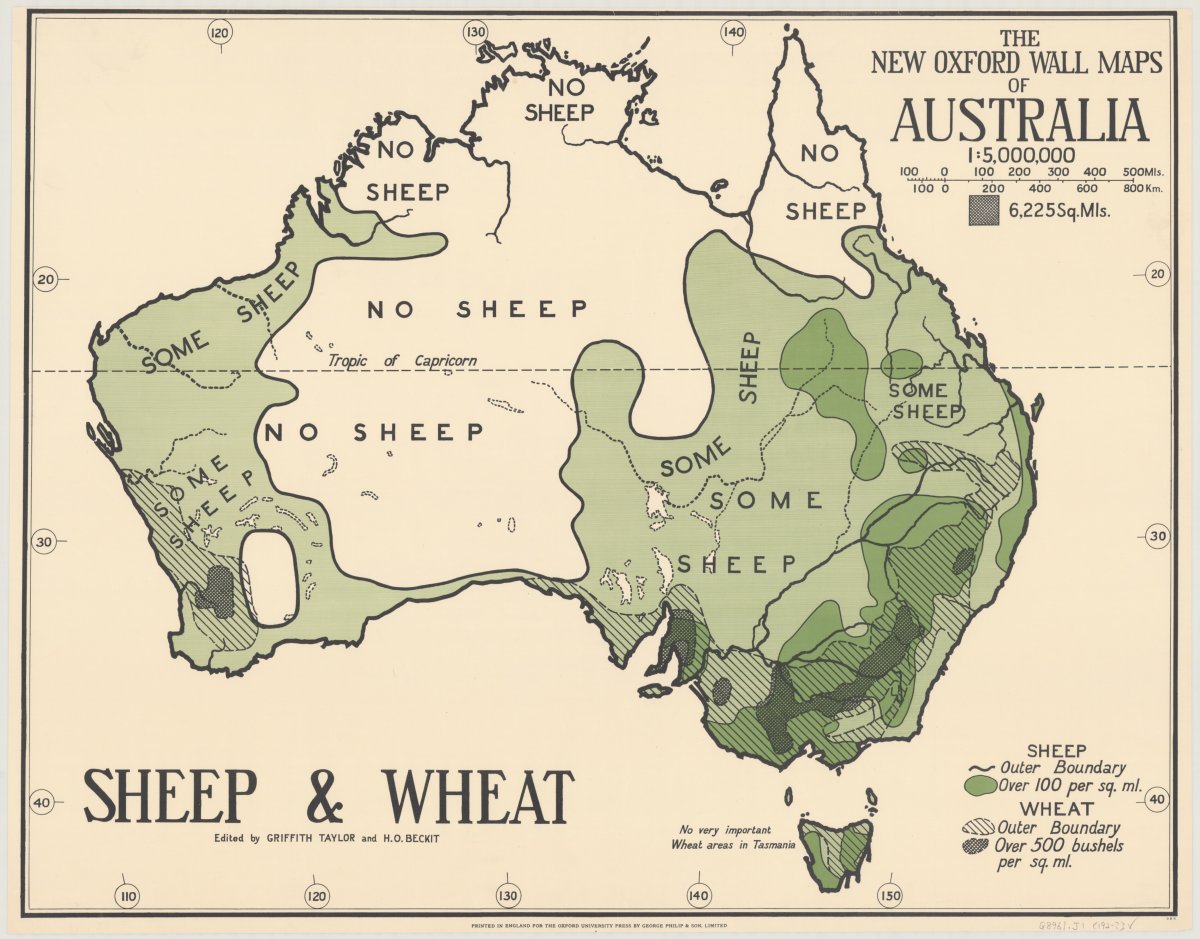 Our final object in this celebration of Trove objects will surprise no one. Shared with an enthusiastic public in Twitter and Facebook in 2017, the map gained sufficient acclaim to enter the mainstream media. It is part of a series of maps edited by eminent geographer Thomas Griffith Taylor in the 1920s. Others in the series show information such as rainfall, mountains, vegetation, and cattle and mineral production.

We hope you’ve enjoyed our celebration of the 50th anniversary of the beautiful National Library of Australia building, through 50 objects shared with you through Trove.