Lesbians on the Loose became the journal of record for the Sydney lesbian community during the 1990s. It was distributed for free at outlets primarily around Sydney but also the rest of Australia. Although it has been collected by the National Library and State Library NSW, digitising it on Trove allows it to be easily researched and provides an easily accessible insight into the era.

The 1990s saw a considerable growth in LGBTQI communities around Australia. Not only was it a time of the largest Mardi Gras parades and festivals, but also a time when lesbians and gays first began to lobby for relationship recognition.

Lesbians on the Loose was Sydney’s, although its popularity extended around the country. It began publishing in January 1990 and continues to this day — it is now known as LOTL. It is Australia’s longest-lived lesbian publication.

I was its founding editor and publisher and worked on it for nine years. It was a very small publication in the beginning - eight pages with a run of a 1,000 copies. However, it quickly grew in popularity and when I left, the circulation was 20,000.

Lesbian on the Loose’s biggest growth period began around 1994 when I was joined by my partner and journalist Barbara Farrelly. Her writing brought a new level of substance to the magazine. We broke stories that ran in mainstream publications, and the readers followed. 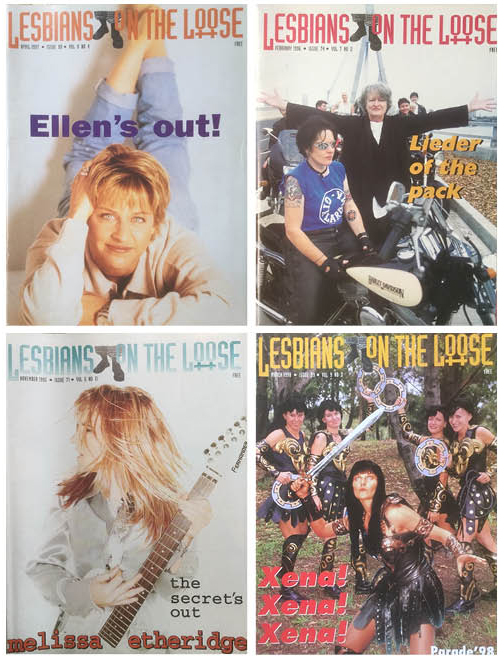 It was a time when celebrities were coming out of the closet, and we ran stories about Melissa Etheridge, Kerryn Phelps, Janis Ian, Ellen DeGeneres and kd lang. A popular TV show at the time was Xena Warrior Princess, and when a group of lesbians decided to dress as their hero in the Mardi Gras parade, we ran them on the cover - alongside Xena herself.

Lesbians on the Loose also covered the issues faced by many of its readers, such as the hardship of being Muslim and lesbian, aging lesbians, young lesbians still at home, lesbians married to men and lesbians living in countries less liberal than Australia. In a time when discrimination was more of an issue than it is today, we also covered the legal issues faced by lesbians whose partners had died without wills, and teachers who had to keep secret their partner’s gender. And in an era when relationship recognition was only a dream, the issues faced by lesbian parents and couples with one partner from another country were discussed. 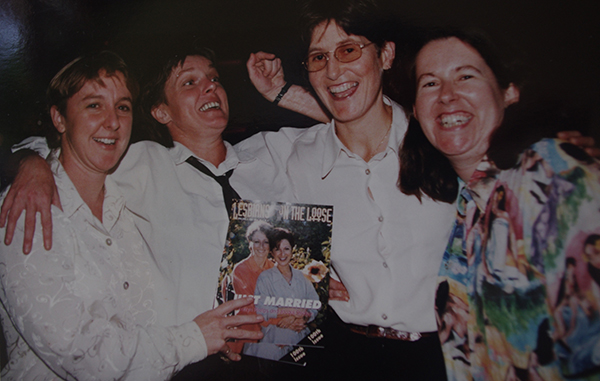 Although all these issues were important, the single biggest one was visibility. It was easier not to recognise our relationships and discriminate against us when we were hidden. The more gays and lesbians came out to friends, family and in public, the harder it became to ignore the validity of our relationships. Lesbians on the Loose with its listings of social, political and sporting groups, activities, personals, dances and bars enabled not only the growth and development of a lesbian community but a sense of pride in ourselves. It was OK to be gay; we didn’t have to hide any more.

Putting Lesbians on the Loose on Trove means this vital record of Australian history will now have an LGBTQI component. 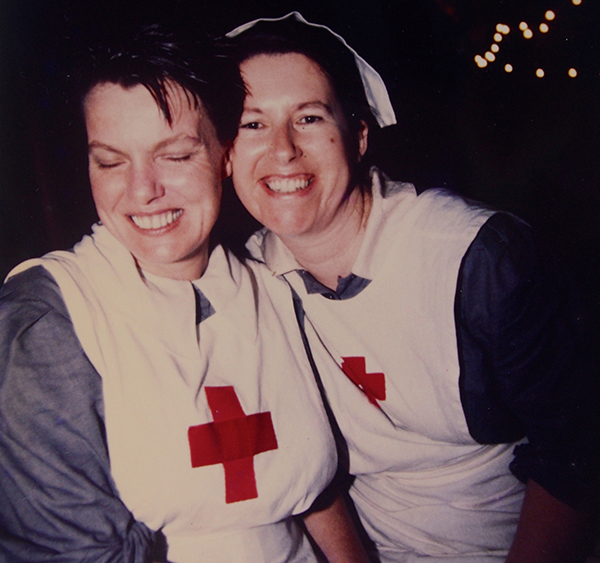 There is also another more personal reason for digitising Lesbians on the Loose. Barbara passed away in April 2018. She had been diagnosed with Stage 4 chronic obstructive pulmonary disease (COPD) early in the new century and wrote a blog about her experience, The Departure Lounge. She was thrilled when it was archived on PANDORA - Australia's web archive. I think she would have been just as pleased to know Lesbians on the Loose is one of the first digitised LGBTQI title on Trove.

Find the first edition of Lesbians on the Loose on Trove with more to follow in the next coming months!