For years now I have been using Trove as a research tool in my family history work, and in the work I did to mark the centenary of World War I with my local historical society.

In my family history work, I had remarked often to myself how much richer in content and detail books of history of all types – scholarly, general, local, etc. – had become since authors and researchers had access to the enormous amount of detailed information available through Trove.

I also compared the amount of time I spent getting details of births, marriages and deaths from my state Registry office online, with the amount of time and money my aunt spent 25 years ago to compile our family tree. Information of all sorts is more easily available than it ever was before, and from my own desk at home.

For a variety of reasons I was able to make a contribution to the National Library to support the digitisation of an important Australian history journal, and I decided to continue contributing. Given a number of alternatives by Trove staff I adopted the NSW School Magazine, but probably not for the reason they thought I might. 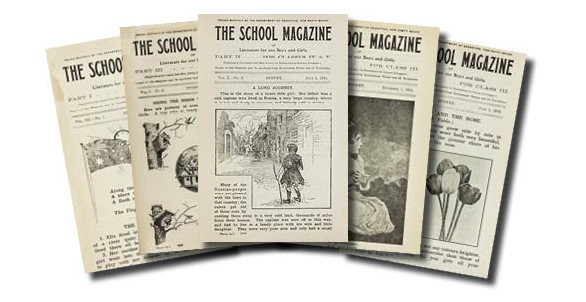 As it happens, I had been doing some work on my grandfather, George Henry Bruce, who was a school teacher and inspector in NSW in the first half of the 20th century. His father Albert was also a school teacher, and George followed his lead. Their career trajectories were in opposite directions, however – Albert’s on the way down, George’s on the way up. Albert was banished to a country primary school to allow him to remedy the defects in his teaching; George was sent to a country primary school to give him the opportunity to polish his talents. 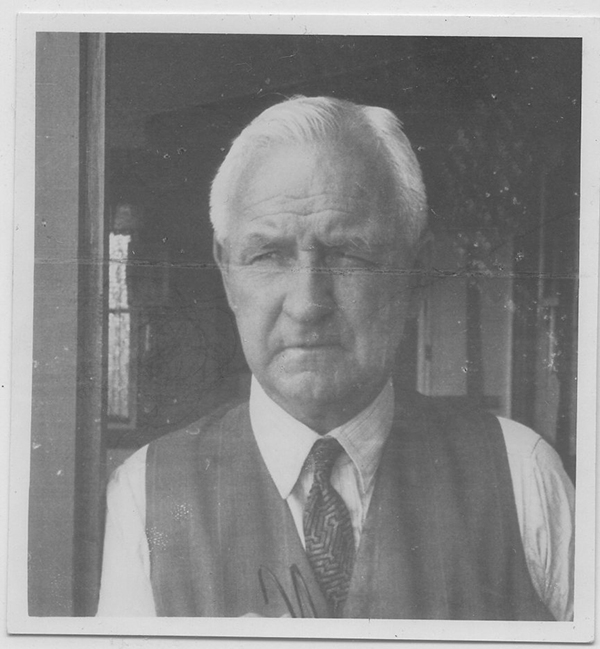 The trouble was, it was the same school, at Little Plain, about 10km west of Inverell. Whether this was done to allow George to support his father or complement his skills, or make up for their lack, can only be speculated upon, but either way, it must have made for interesting staff room conversation.

George worked hard at his profession, moving up through the ranks and around the state. In 1920 he became headmaster at Ulmarra, and in 1935, Inspector of Schools at Kempsey. In 1937 and 1938 he ran in-service training programs called ‘Schools of Method’ (perhaps not the most imaginative of names) for teachers in his inspectorate. The reports on the Schools published in the local press were ‘contributed’ – that is, not written by one of the staff journalists. The actual authorship is unknown, but I have my suspicions.

During each program, George would talk about using the School Magazine as the real basis of English teaching in the primary schools. He would show that not only should the stories, meanings, historical and geographical allusions, and the like, be known, but that advantage should be taken of the well-written articles to implant in the pupils an appreciation of true literary values.

As I read the reports, I recalled the School Magazine issues I had read in my youth. I also remembered that my teachers had not appeared to be nearly as enthusiastic about them as George had been, but that was probably because there were many other more recent current materials available.

During my work on George using Trove I found that the grandfatherly figure I had known as a child had been an active sportsman, playing tennis and golf, a contributor to his communities, and a leader in his profession. I came to regret not having known him better, and resolved to ensure that this did not happen with my grandchildren. 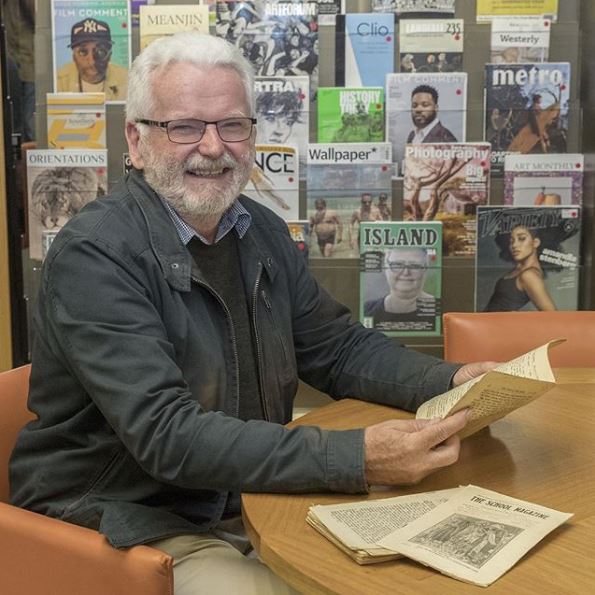 So when the Trove staff gave me the opportunity of supporting the availability of the School Magazine on Trove, I jumped at it. In the event, the NSW Department of Education had already digitised the School Magazine for its own purposes, and so it became a question of negotiating the necessary approvals, and the processing of data files. I look forward to supporting the process through to its conclusion.

This one is for you, Granddad!

If you are interested in sponsoring a digital project head to Trove's Becoming a partner help page or contact us at andp@nla.gov.au.