Few people, if given the option, would want to live their teenage years over again. Unpredictable mood swings, shifting friendship alliances, and baffling insistence by teachers that understanding algebra would be crucial to your future. All that, I can live without. 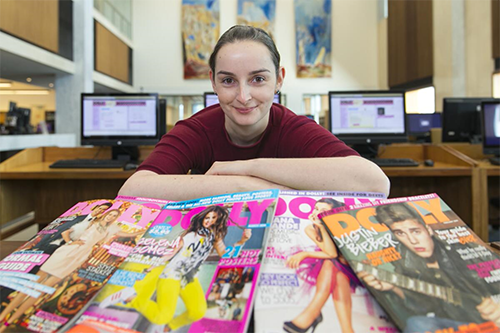 However, I do like to occasionally visit those times. I have many happy memories of long afternoons spent at friend's houses – laughing, gossiping and trying to figure out how to dye our hair bright red without our parents noticing. These teenage schemes usually involved consulting a nearby Dolly magazine. Back when you accessed the internet through your school library computers and waited an excruciating 30 minutes to download a picture of Ren and Stimpy – if you needed advice, you went to Dolly.

As a print magazine, Dolly was published from December 1970 until 2016. However, it still exists as an online publication and the recently-released Australian Web Archive (AWA) has snapshots of the Dolly website going back to 1999. 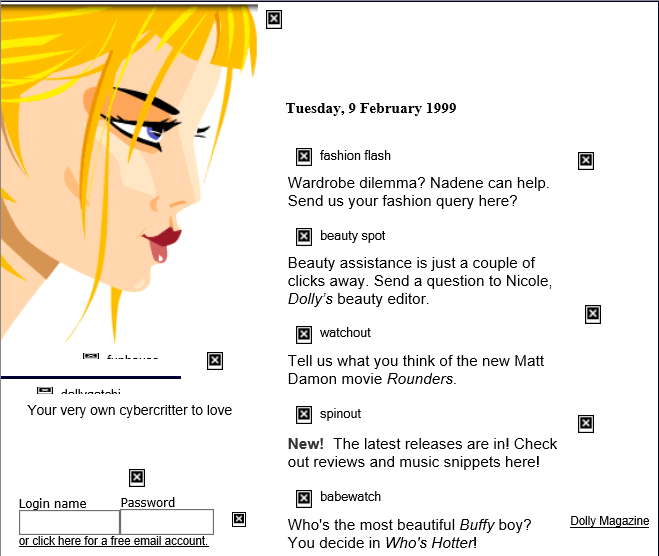 1999 snapshot of dolly.com.au from the AWA

My print copies of Dolly have long since disappeared in the house moves and spring cleans of the last twenty years. But until all the archives of the magazine are digitised (and the National Library of Australia happens to have the entire print holdings, just saying, #digitisedolly) the AWA is allowing me to get a 90s celebrity gossip and fashion fix. There are places I can go to find out how to correctly wear double denim and discover which Backstreet Boy might be my real-life soulmate.

If you’re patient enough, you can scroll back on the live web version of Dolly, and find articles back to 2006. But with changes to website design over the years, not only does some of the content disappear, but you lose how it looked when it was first published. Dolly online in 2007 mirrored the design of the print magazine, down to a DIY, sticker-laden-school-notebook feel and the much loved logo. Just a look at the snapshots is enough to bring back memories. 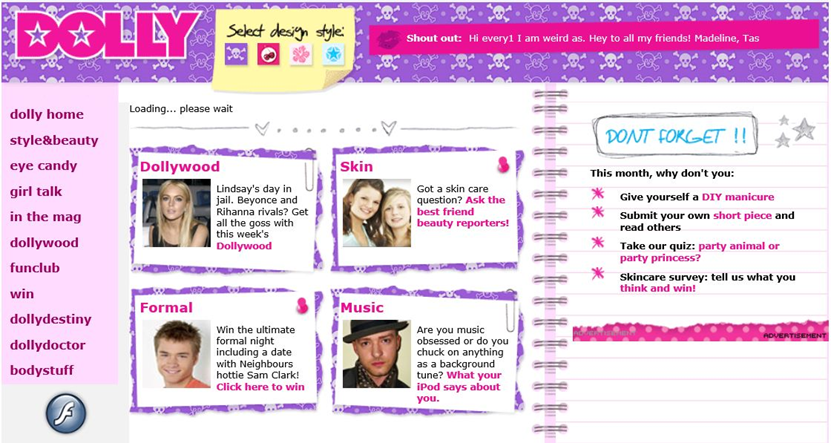 2007 snapshot of dolly.com.au from the AWA

Besides access to a potted history of web design choices since the late 90s, revisiting Dolly through the AWA has meant remembering favourite columns. Besides forming our opinions on the finalists of the popular annual Dolly Model Search, my friends and I sought answers to our too-embarrassing-to-ask medical questions in Dolly Doctor. And judging by the reaction I get when I bring up the column in conversation, the same is true for just about every other woman around my age.

For a publication more associated with bedazzling DIY tutorials, the advice dispensed in Dolly Doctor was of a very high standard. From 1993 to 2016, Dolly Doctor was Associate Professor Melissa Kang, a practicing GP and academic researcher. A survey by The Conversation in 2016 of medical advice published in a selection of Australian magazines found that Dolly was the only one to consistently meet all criteria for accurate health news stories. 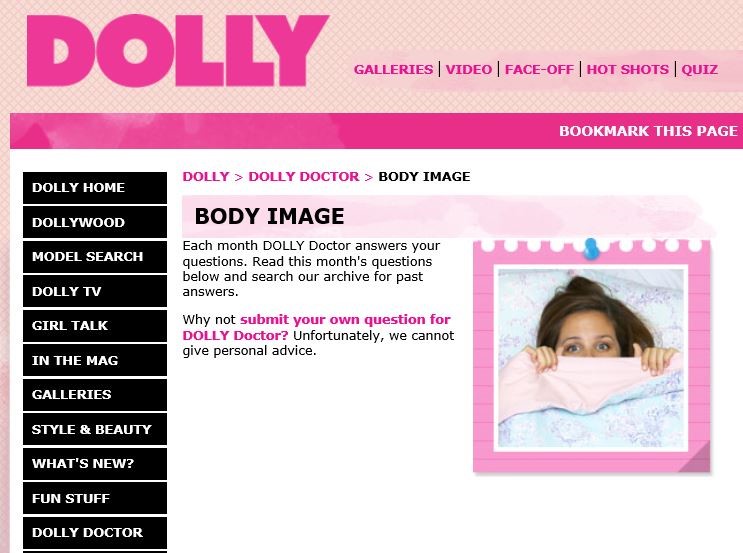 As well as the undeniable fun in reliving days spent waiting breathlessly for a new Dolly issue to arrive at the newsagent, the AWA has also started some interesting conversations. For my generation who grew up alongside the rise of home internet, archived webpages are a glimpse into a time when Australian teenagers were changing the ways we sought advice about love, life and growing up. We can now talk about seeing ourselves in the web archives, beginning to frequent message boards and forums. It was an anonymous way to reach out to a bigger community of our peers and figure out the big questions – “does anyone else feel the same way I feel?’, “are relationships always this complicated?” and of course, “so, who really is your favourite Spice Girl?”