The journals are a record of early Canberra and brings to life the world of Duntroon cadets in another era. There were significant social and economic linkages between the College, both cadets and staff, and the 1,700 people of the Limestone Plains stations and villages. Even by the end of World War 2 the region’s population was only 13,000.

The first ten journals (1913 to 1918 inclusive) are available on Trove and publication marks the Centenary of the 1918 Armistice last November.

Gathering up copies of the journal however revealed gaps, from these four locations, in the series. Many of the journals were incomplete or decayed meaning that each copy was accessed to select the best copy for digitisation. Bringing together the different copies has seen the complete collection reunited.

The journals are a record of RMC life and provide a fascinating insight for researchers, not only of military history but also for family and social historians.

The establishment of RMC in 1911 was the new Commonwealth’s first major capital expenditure in the federal capital region, contained its earliest houses and predated Walter Burley Griffin’s winning capital design.

The importance of digitising the Journals content comes from an understanding that some of the information cannot be found anywhere else.

One of these gems is found in Journal Vol 1 no2 June 1914. It describes a visit to RMC Duntroon in March 1914 by the Inspector General of Overseas Forces Sir Ian Hamilton.

The Journal reports that “the Inspector General said physically you cadets are a fine lot...I hope you will make the best of your many opportunities in the service of the Empire  (applause) ....Your dash and vim were particularly noticeable...you can see that the wooded country of the Pleasant Ainslie Ridge would give you a splendid chance to turn the left flank. ..I would like to point out the influence of the fences on the Yass Queanbeyan road ...they afforded a splendid ranging mark for the defenders.... General Hamilton expressed pleasure at all he had seen. He bade the Corps goodbye, good luck and rapid promotion then proceeded to Goulburn late in the afternoon by motor and the Corps settled back down to its usual routine”

Another gem is in Journal Vol 3 no4 August 1915 (p20) recording descriptions of early Gallipoli. 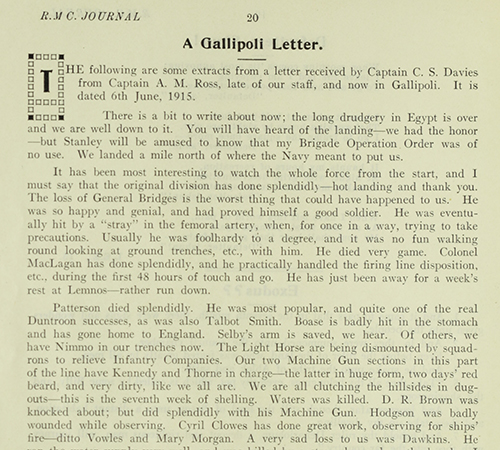 The journals were not published in 1932, between 1942 and 1949. Between 1931 and 1936, the Journals were lean affairs with RMC relocated at Victoria Barracks Sydney; in those six years there were only 32 graduates and 67 entrants in total.

The 1955 Journal original edition was withdrawn after publication and only one re edited photocopy version appears to exist.

Early journals were published twice a year and once mid-year into the 1930’s. After that, the annual publication coincided with the December graduation.

In 1961, the “graduating class pen pictures” at the end of each journal commenced, probably starting with the impressive 1961 Journal Jubilee edition. Many class members have observed that those pithy pen picture comments are as accurate now as they were when first written.

Reflecting the mindset of Australians in the decade after Federation and Australia’s birth as a nation, early journals resonate with notions of Empire and indeed most early RMC instructors were posted from the British Army. The Journal cover for 1914, 1915 and 1916 is a good example. 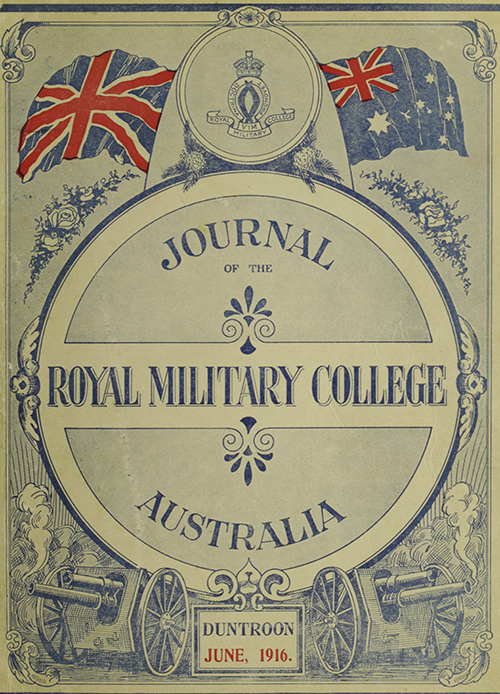 Early journals were also made to pay their own way. For nearly 30 years the Journal cost  two shillings and depending on how much was in the RMC HQ kitty, advertising of up to eight full pages was common. This is an example taken from the 1931 Journal. 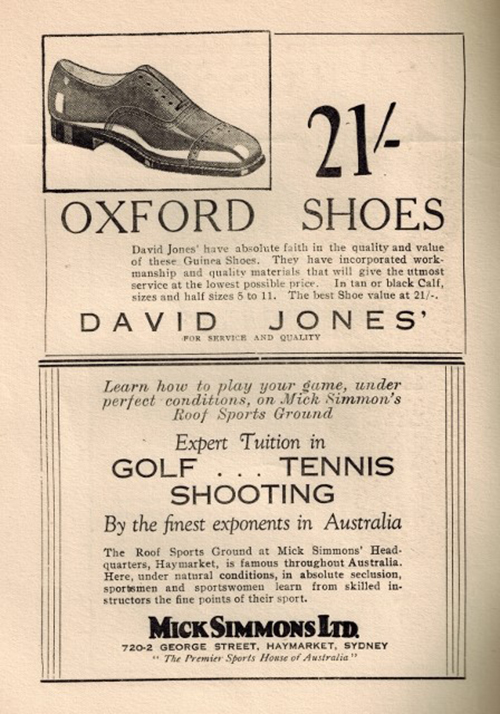 And these are from the 1961 Jubilee journal 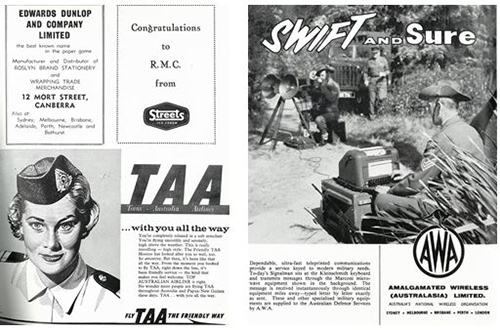 A consistent feature in these journals over many decades has been the cartoons by cadets, possibly a reflection of the great Australian cartooning tradition. These three are some from the 1916, 1931 and 1964 journals 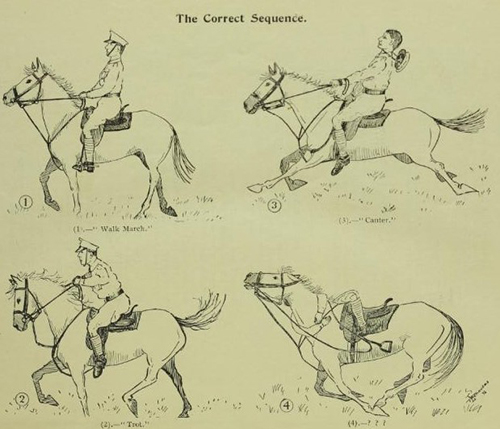 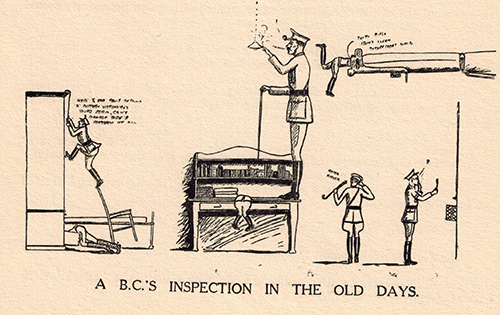 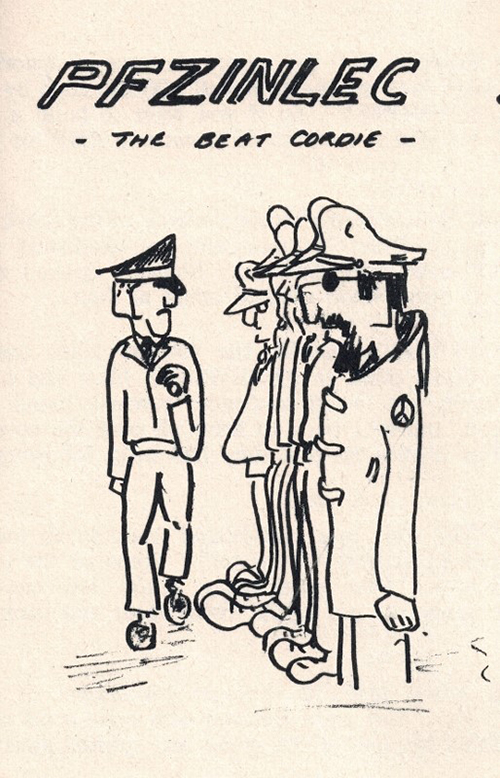 Trove continues to digitise more of the Royal Military College of Duntroon Journals. Keep an eye out for more as they are digitised.