To many of us the name Monash conjures up associations with World War I, or maybe Monash University, but there was so much more to Sir John Monash – introspective, passionate, cultured, meticulous and driven – he was a brilliant polymath, a prolific correspondent, a talented engineer, an avid collector, a meticulous record-keeper, an effective military strategist and a revered figure in Australian public life. 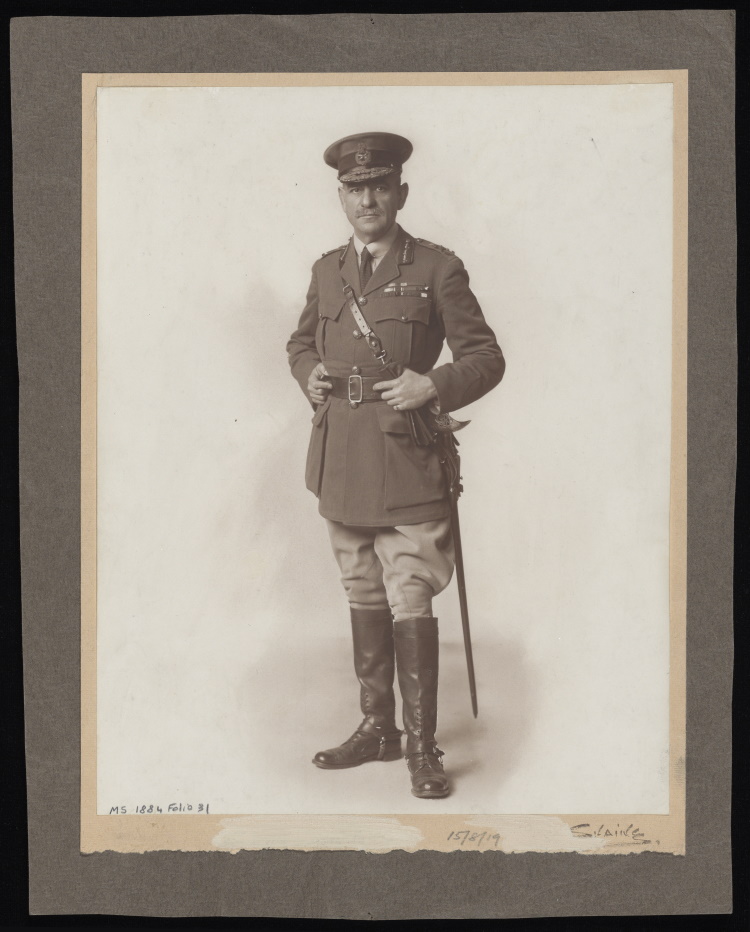 The Library’s vast collection of Monash’s personal papers, some 280 boxes of archival material that Monash created and collected, is being digitised as part of the Treasured Voices program. I have been lucky enough to get to ‘know’ Monash through my work on his papers.

Monash’s service in World War I, particularly the Gallipoli campaign and later the Western Front, is well known in Australia. One of the first items digitised from the Papers of General Sir John Monash was his Gallipoli diary from December 1915. This diary covers Monash’s recollections of the final few days at Gallipoli, detailing how the ANZAC forces tricked the Turkish army, covering their retreat. There was a real concern that the empty trenches might be discovered too soon:

‘…& if the Turks were to get the slightest inkling of what was intended, it would have meant the sacrifice of some men & vast quantities of munitions and stores’. 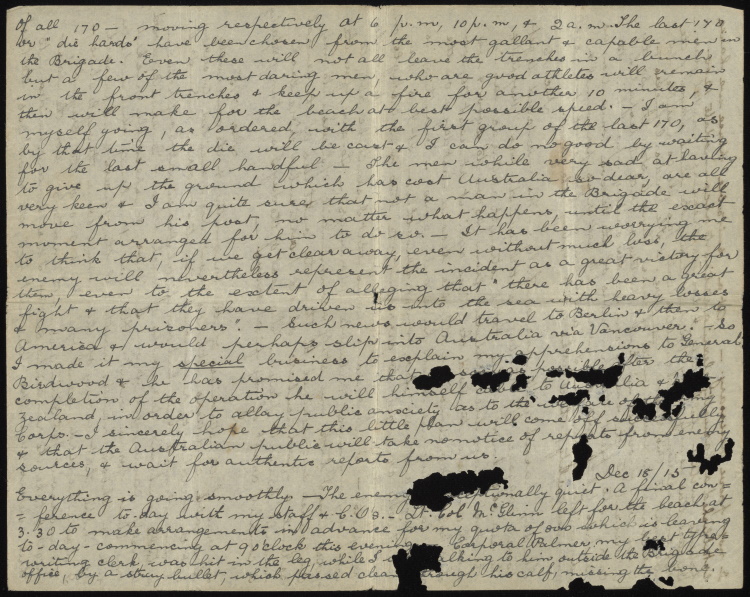 These detailed diaries, together with an extensive sequence of correspondence with family, friends, soldiers and military officials, provide a moving and revealing account of Monash’s experiences during World War I.

Monash worked as a civil engineer for much of his life and this interest permeates many parts of the collection, with a highlight being the meticulous plans, designs and preparations that Monash made for his family home, Iona.

The Iona estate was purchased by Monash in 1912 in Toorak, Melbourne and became the family home, where later Monash helped raise his grandchildren. Monash invested substantial time, energy and money in developing Iona, writing detailed lists and drawing plans for the house and grounds. One of the changes made to the grounds was the installation of an observatory tower or ‘Telescope House’ as he called it. 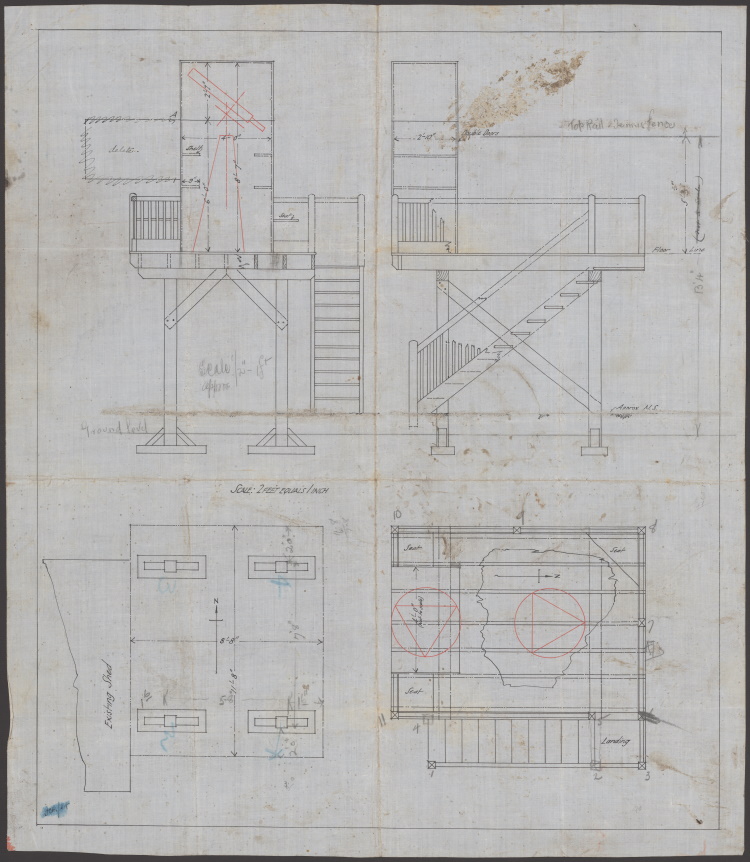 Monash planned the ‘Telescope House’ with the same attention to detail we see in other parts of the collection. He gathered brochures on the latest telescopes and drew detailed plans of where each telescope would sit. There are pages showing his workings for what range of motion was required to get the best views, how high the telescopes needed to be and his observations. Monash even found time to design a ladder with folding steps for the tower.

One of the strengths of this collection is that Monash kept so much - there are handwritten and typescript letters, diaries and writings, photographic material including prints, negatives, glass and stereographic slides, maps and plans, press cuttings and other printed material. Several souvenir albums are full of ephemera that he collected on his travels, including invitations, theatre programmes and tickets.

Attending the theatre was one of Monash’s hobbies and a love he shared with his wife Victoria. Monash was a subscriber to both the Gregan McMahon Play Company and J.C. Williamson Ltd. He attended performances by Dame Nellie Melba among others. Many of these performances are documented in the pages of ticket stubs in the souvenir albums. 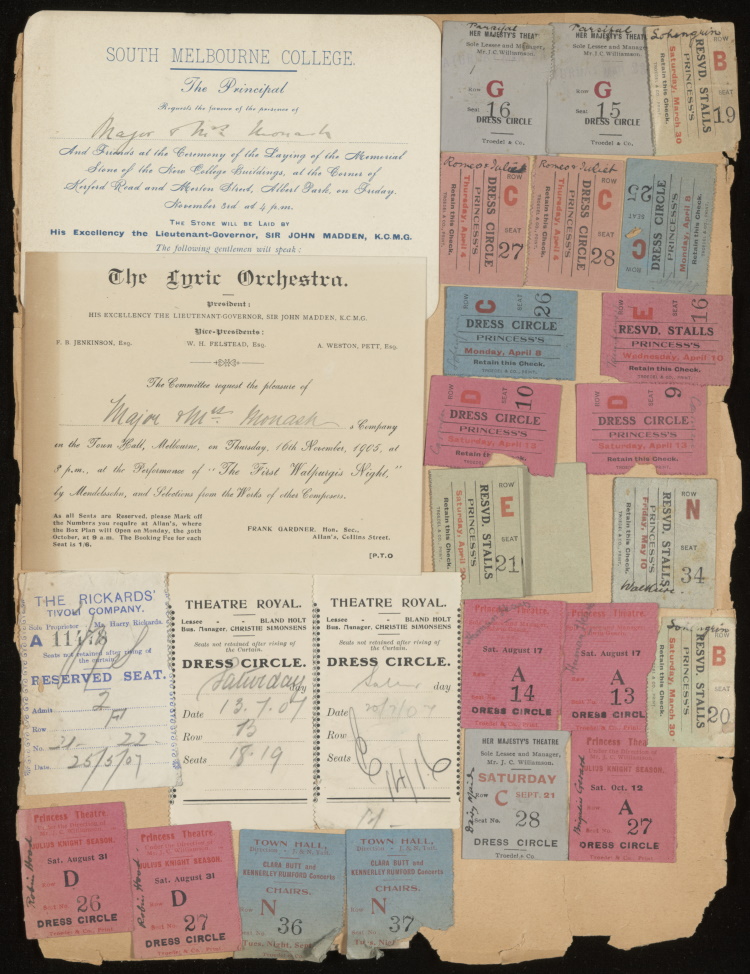 These items are just a small sample of what this collection has to offer. Why not explore it for yourself? This content is now available through the finding aid for the Papers of General Sir John Monash on Trove.

The digitisation of this material was made possible by the generous support of the Australian Government - helping the National Library of Australia to provide free access to unique collections like this for all Australians.