If 'a man's home is his castle', then Sir John Monash's Iona Estate was nothing short of a palace.

Complete with installations like a 'Telescope House' observatory tower, there is little doubt that Monash would've played host to Peter Maddison and the Grand Designs crew had there been TV in 1912. 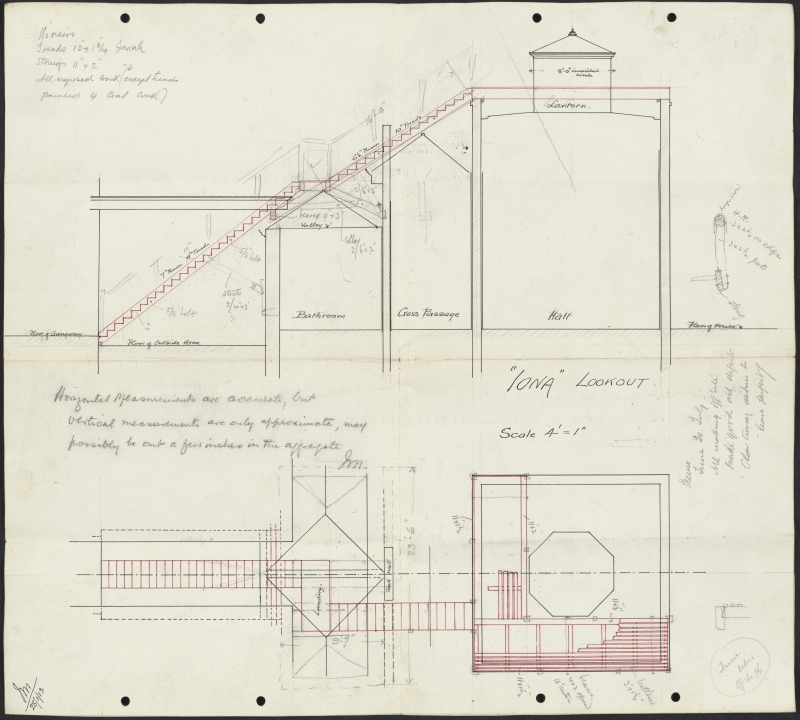 Monash was highly regarded for his role as an Australian military commander in the First World War and his work as a civil engineer.

The collection of papers recently digitised by the National Library of Australia showcases Monash's efforts on the home front–the renovations he completed on his own family base.

Located in Toorak, Melbourne, the Iona estate was purchased in 1912, and was an outlet for Monash to flex his creative and engineering muscles.

While a 'Telescope House' or, indeed, a lookout, may not be on many of our renovation wish lists, the recently digitised collection of papers includes hand-drawn plans dating from pre- to post-World War I and does contain designs for arguably more practical house features like an exhaust fan.

There is also a list of 11 workshop instructions dating from 8 March, 1927.

The instructions include logical directions like, 'If a tool gets broken or damaged, mend it or get a new one at once'.

There's also the educational, 'Always use water on the grindstone, and oil on the oilstone'.

We also meet a warier Monash: 'Keep the tool box locked and hide the key'.

The final instruction, perhaps more of a note to self that many current homeowners probably wish their significant other would heed, is to 'remember that the workshop is not a lumber-room'.

Monash's penchant for planning permeated into other areas of his life.

As well as engineering pivotal strategies and troop movements during the First World War, resulting in a knighthood, he continued serving the community following the end of the war. 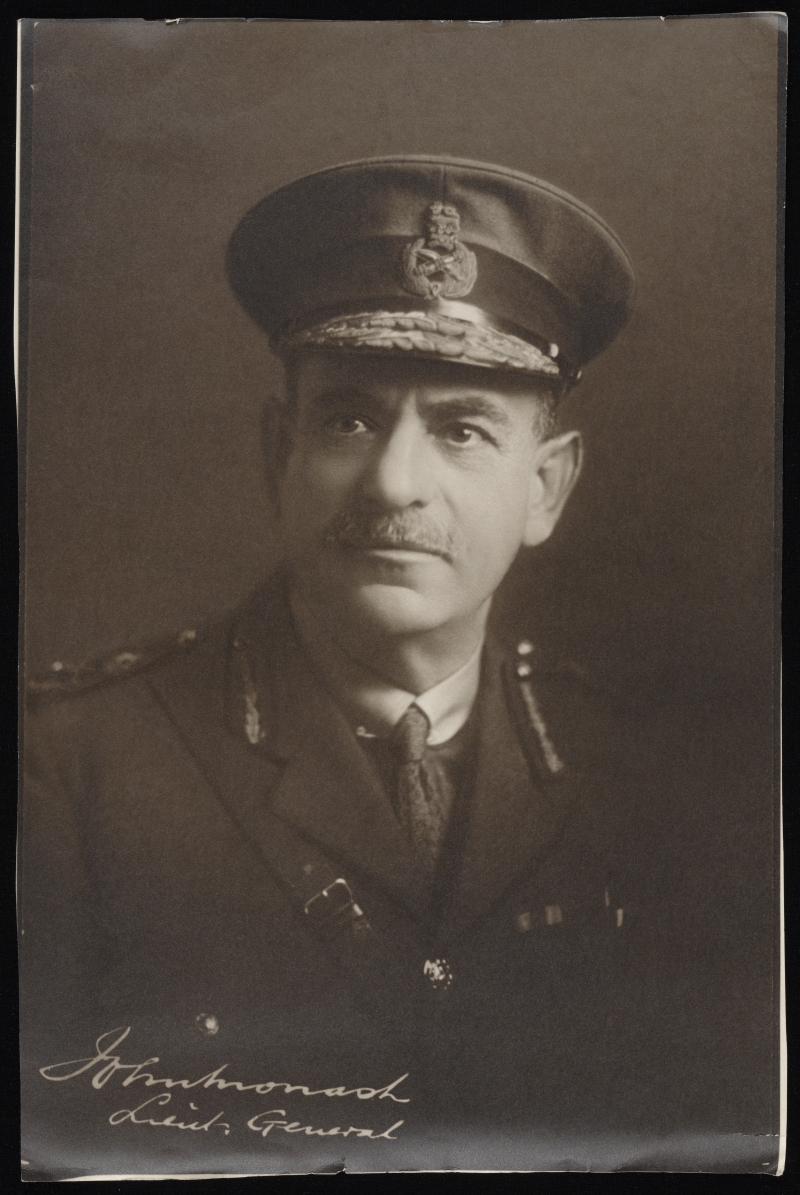 He played a crucial role in the building of the Shrine of Remembrance in Melbourne, Victoria.

'Sir John Monash was undoubtedly one of Australia's most renowned leaders, and the importance of these documents cannot be understated,' says director-general of the National Library of Australia Dr Marie-Louise Ayres.

'Sir John Monash was a meticulous record keeper, and his papers reveal the lives of his contemporaries, as well as the era, through eye-witness accounts of significant events as they unfolded.

'This collection also provides context around Monash's many professional successes, while still offering an insight into lesser-known aspects of his personal life.'

Among the papers is a sketch of the gable of the Shrine of Remembrance, complete with representations of the decorative engravings and figures that can be seen on the Shrine today.

'Monash's genius is exhibited in so many different aspects of his life,' Dr Ayres says.

'We can see that he was dedicated to building a home for himself and his loved ones, as well as preserving, protecting and commemorating the Australian way of life.

'We can only imagine how much this must have played on his mind during the war.

'This collection provides context around Monash's many professional successes, while still offering an insight into lesser-known aspects of his personal life.' - Dr Marie-Louise Ayres, director-general of the National Library of Australia

'His efforts truly laid the foundation for Australia's growth as a nation.'

The sheer volume of material in this collection accounts for an estimated 60 shelf metres of storage in the National Library's vast stable of stories.

Many items in this particular collection are able to stand alone and tell their own tales, like a number of souvenir albums containing Monash's collection of ephemera, including invitations and tickets–a rich resource for those interested in social history. 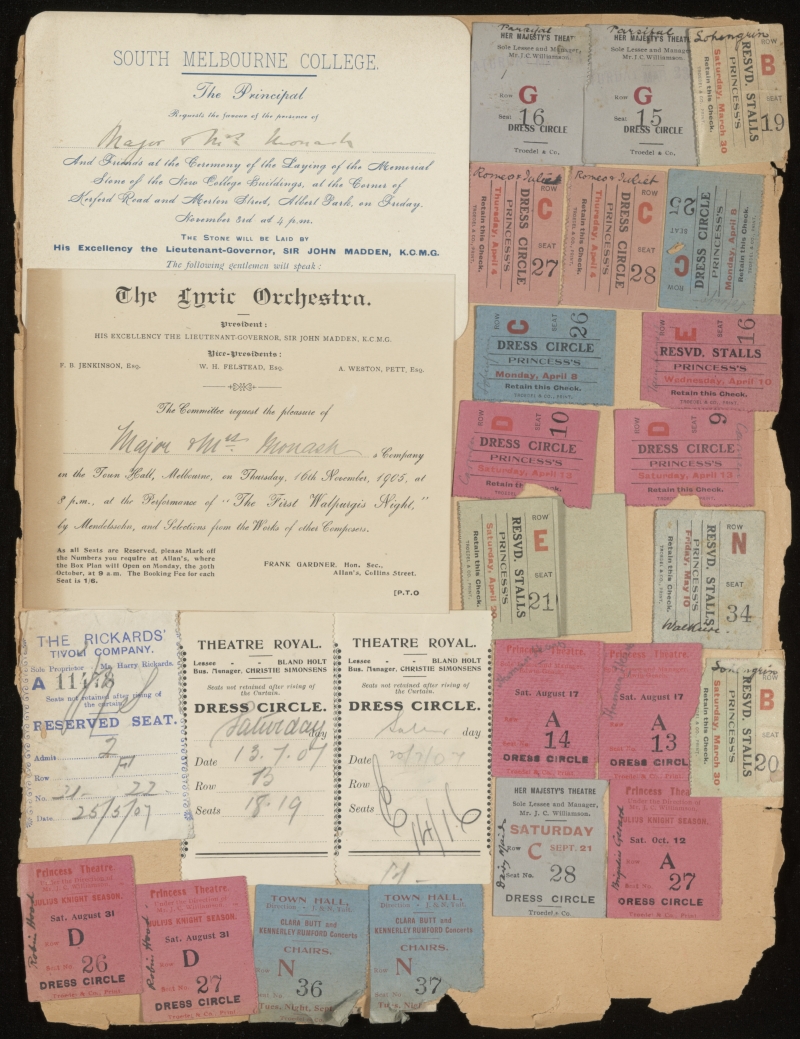 Among Monash's contemporaries featured in the collection is none other than Dame Nellie Melba.

'One other thing we know from this collection is that Monash was an avid theatre-goer,' Dr Ayres says.

'He was a subscriber to several theatre companies and attended a great number of shows throughout his life, including performances by the great Dame Nellie Melba.

'It is fitting that both Melba and Monash feature on the $100 note, sharing top billing for their contributions to Australia and the world.'

Those curious to know more about some of Australia's most iconic figures can head online to Trove and delve into the collections that have been digitised, like the papers within the Sir John Monash collection.

The digitisation of this material was made possible by the generous support of the Australian Government, helping to provide free access to unique collections like this for all Australians.

This article first appeared in the Canberra Times as Sir John Monash was a war hero, an engineer, and a keen home renovator, as shown by his papers at the National Library of Australia.

Our recent blog, Sir John Monash: Military leader, engineer and collector is a good starting point to help you understand what is in the collection. You can also learn more about the digitisation of Sir John Monash's personal papers on Trove.