This appeal closed on 31 July 2015. Any donations received after this date will be directed towards The National Library of Australia Fund, which supports conservation and digitisation of the Library’s collection.

The National Library is full of surprises, among them being a small but significant collection of rare colonial currency, including convict-era promissory notes (which took the role of a circulating currency when coins were unavailable) and the first Commonwealth banknotes created following Federation.

This year, the Library's annual appeal is seeking your support to research, preserve and digitise rare notes from our collection. The funds raised will bring new knowledge about these historically significant items to light, through the interpretation and description by a numismatic expert. Once this work is completed these treasures will be available online to inspire, delight and educate all Australians for generations to come.

As a foretaste of this work, a rare banknote presented to Prime Minister Andrew Fisher will be displayed in the Treasures Gallery from 11 May - the first Commonwealth of Australia one pound note numbered P000001. The banknote is accompanied by a letter from George Allen, first Secretary of the Treasury Department.

Commonwealth of Australia one pound banknote

The National Library does not actively acquire banknotes and other forms of currency. Our collection has developed in association with other material, most notably collections of personal papers.

The most significant item identified to date is the 1913 Commonwealth of Australia one pound banknote, arguably the most important banknote in Australia's post-Federation history. The 1913 series of banknotes, issued when Andrew Fisher was prime minister, were the first to incorporate the new Commonwealth Coat of Arms, and reflect a more nationalistic vision of Australia. The absence of an image of King George V was quite controversial and it was not until 1923-24 that the image of the monarch was introduced into banknote design.

The Library also holds rare one pound notes from the Bank of Victoria with the serial numbers 1 and 2 out of 103,000 that are overprinted with the signatures of the Accountant and Secretary to the Treasury. These notes were issued between 1910 and 1914, when the Australian Government assumed responsibility for banknotes and purchased unused note forms from the Queensland Government and 16 private banks throughout Australia. The overprints were a temporary measure while design for the new Commonwealth banknotes was underway. These banknotes are accompanied by a 1910 letter to Prime Minister Andrew Fisher from Minister C.E. Frazer on Department of the Treasury notepaper highlighting their importance. 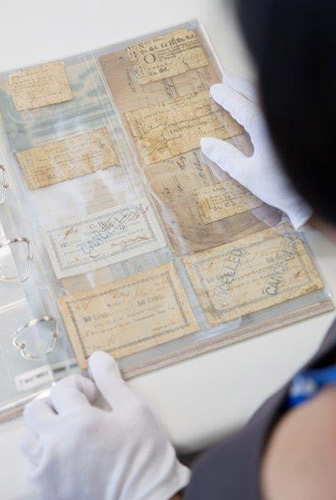 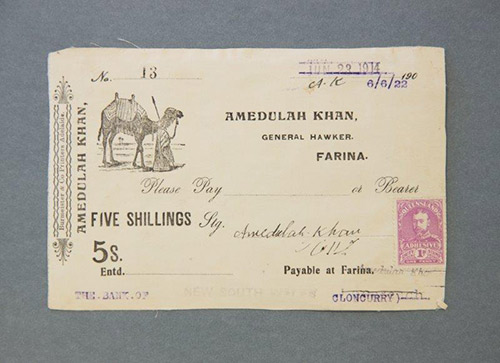 Many of these rare items require preservation treatment before they can be digitised and shared with all Australians. All require specialist appraisal so we can better understand and share their significance.