This appeal closed on 31 July 2014, see our Medieval manuscripts progress.

When Professor Emerita of Medieval Manuscripts Studies at the University of London, Michelle Brown visited the Library last year, she identified a number of manuscripts in the collection that are both rare and distinctive. One missal fragment from the Nan Kivell Collection could be dated to the 10th century, making it the oldest known manuscript at the Library. Others include a 14th century cartulary from Chertsey, Surrey, and a 14th century Psalterium with handwritten inscriptions by a 16th century Welsh school boy.

With such exceptional items identified, the Library has chosen to focus this year's appeal on preserving and digitising key medieval manuscripts from some of our most significant collections. Digitisation would enable the Library to discover more about their provenance and make a major contribution to research in this field. 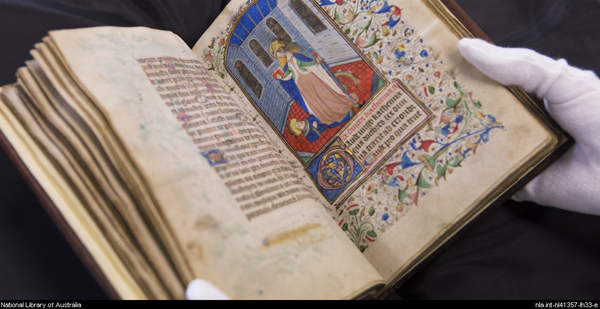 Help Us Preserve Medieval Manuscripts in the National Library Collection

It is suprising to discover that there are some 228 medieval manuscripts in the Library's collection. These little known items have been acquired as part of some of our most significant formed collections, including the Clifford, Nan Kivell and Petherick Collections, as well as smaller family collections.

The most famous item in the Clifford Collection is the Chertsey Cartulary, the only medieval cartulary held in Australia and one of a very small number held outside Britain. This rare volume contains charters, accounts and property transactions of St Peter's Benedictine Abbey at Chertsey, Surrey, between 1312 and 1345. During this period, the abbey, which was probably founded in Saxon times, was extremely prosperous. 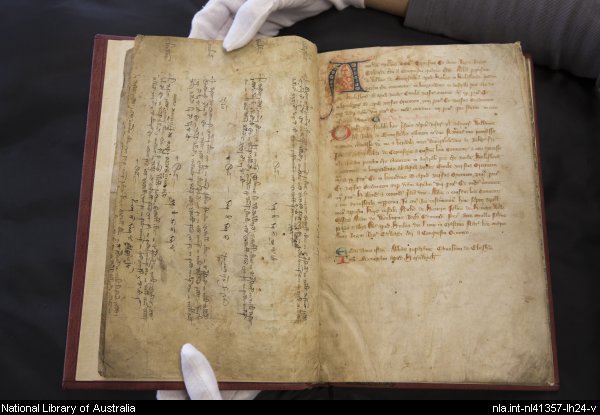 In the Petherick Collection, we hold an English psalter in Latin dating from the 14th century. This volume is of particular significance because it contains evidence of Welsh ownership, which is quite rare and suggests that the volume was secreted to Wales after Henry VIII's dissolution of the monastries in 1536. Some of the pages include delightful 16th century marginal annotations by a school boy. Digitisation of this volume would allow further study by scholars and also enable its 'digitial repatriation' to Wales. 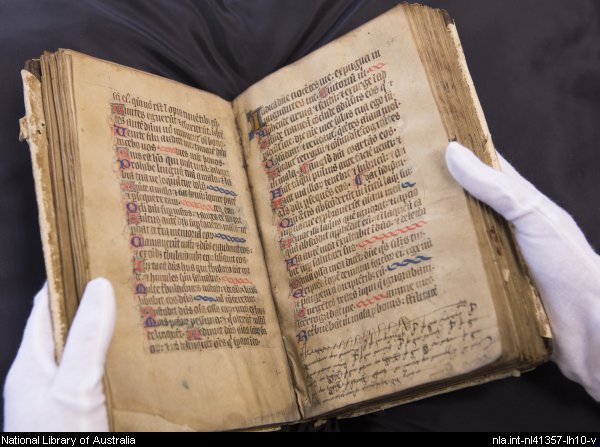 With your support, the Library will undertake essential preservation and commence digitising the manuscripts to enable their access by a worldwide audience. By providing online access to these rare and fragile documents, we can create a lasting legacy, making the medieval past available to scholars throughout the world.