A Thumbprint Stamped in Ink

A Thumbprint Stamped in Ink

There are many reasons why one person may choose to research their ancestors and as many reasons again why another does not. Human lives are filled with joy and sorrow. The effects of privilege and hardship are multiple and multi-generational. It may take two or even three generations for a familial detail to become interesting or bearable. For some, that detail, however small or vague, may ultimately become necessary to an understanding of self. 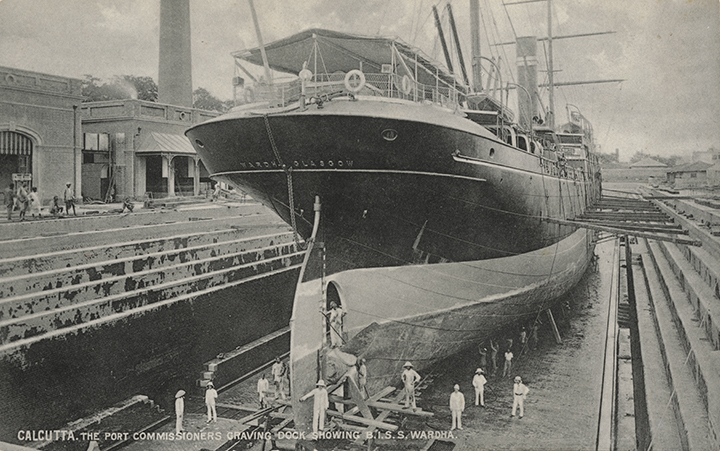 Indian indentured emigration to Fiji commenced in 1879, part of the much larger indenture system developed by the British Empire (and to a lesser extent other European colonial powers) to deliver cheap labour to the colonies following the abolition of slavery. Under the system, agents for colonial plantations recruited Indians to work on fixed term contracts (generally five years). Those recruited signed agreements committing to the work in return for wages and services. However, as Ashutosh Kumar writes, ‘[t]he extent to which migrants were able to fully understand, or planters were willing to genuinely uphold, the terms of these agreements has been the subject of much debate, at that time and since.’ Between 1834 and 1920, over one million Indians left the subcontinent to work in countries throughout the Indian Ocean, the Caribbean and, of course, Fiji.

While some returned to India at the end of their period of indenture, many did not. The experiences of the girmitiyas (from girmit, a variation on the English word ‘agreement’, with girmitiyas, therefore, labourers under agreement) varied widely and, for some, the conditions in the new country were an improvement on those back ‘home’. Those who did not return to India made new lives and, for some descendants, the family past in India became something of a mystery. 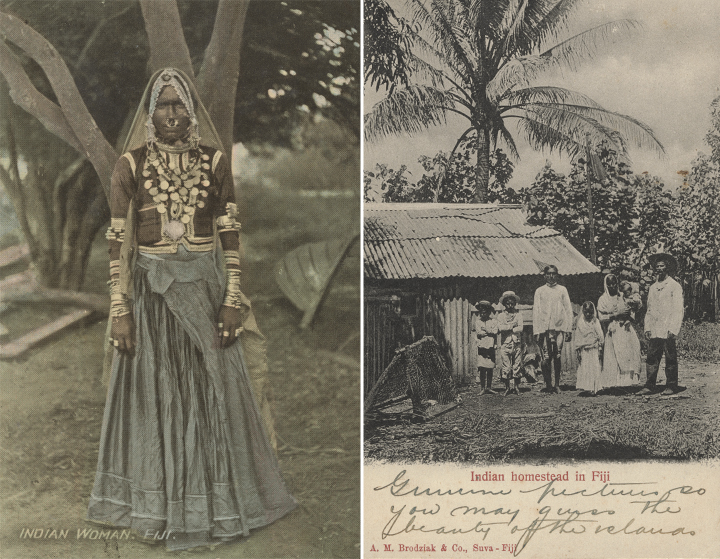 This mystery was expressed by V.S. Naipaul (whose ancestors were indentured in Trinidad), when he wrote of growing up with ‘two ideas of history, almost two ideas of time’. He knew, for example, about ancient Rome, but as to his own family history back in India, ‘I knew only what I knew or what I was told. Beyond (and sometimes even within) people’s memories was undated time, historical darkness’.

Today, Indian emigration passes to Fiji are an important resource for descendants of these indentured labourers seeking to uncover details of their family history. The National Library is one of only a handful of institutions in the world that holds a collection of Indian emigration passes to Fiji for the period 1879 to 1916.This collection comprises microform copies of over 60,000 individual passes issued to Indians who travelled to Fiji as indentured labourers. The original passes are held by the National Archives of Fiji and, in 2011, were inscribed on the UNESCO Memory of the World Register. 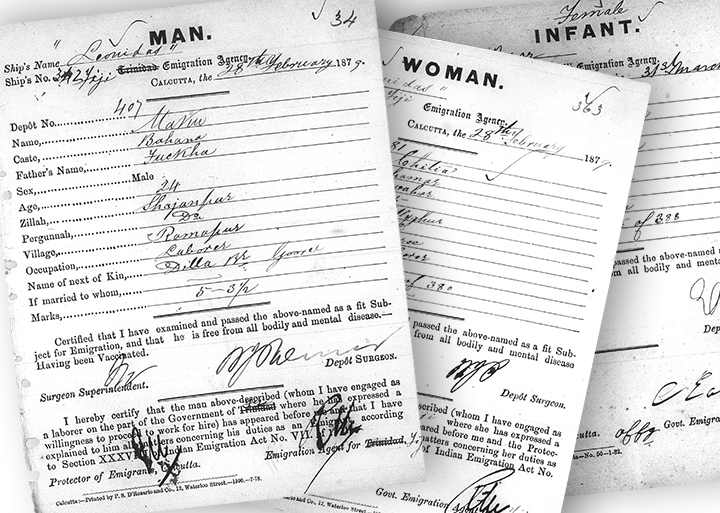 The passes provide considerable personal and emigration information. They include ship name, registration date, place of registration, the individual’s father's name, the individual’s age, their caste, next-of-kin, marital status (including children), district (thana), village or town (mahalla), bodily marks, occupation in India and height. Sometimes, though rarely, these passes had a thumbprint, stamped in ink.

Location information in particular provides critical clues for those keen to research the history of their family. These passes can be an embarkation point for the family historian to make a journey of their own. Tracing their family to India brings them ever closer to knowing and understanding their past.