For Noeline Kyle, the National Library’s oral histories provided a fresh view of her family and childhood

In the 1980s, Rob Willis, National Library folklorist and oral historian, began collecting stories of the dairy-farming families along the Nulla Nulla Creek on the Upper Macleay River, which runs through the hinterland between Coffs Harbour and Port Macquarie. He completed more than 30 interviews of early settlers and their families. Many of these were with the Kyle family, including my father, Lawrence ‘Lawrie’ Kyle, who was interviewed in 2002 when he was 90 years of age, his sisters ‘Alice’ Grace Partridge and Mary Hudson, his brother Allan Kyle and cousins Vaughan Kyle, Brian Kyle, Geoffrey Kyle, Jack Kyle, Joe Kyle and Coral Ball. My father’s exploits, both the exciting and the problematic, emerged often enough in these interviews to fill a special recording of what Rob and I now refer to as The Lawrie Stories. 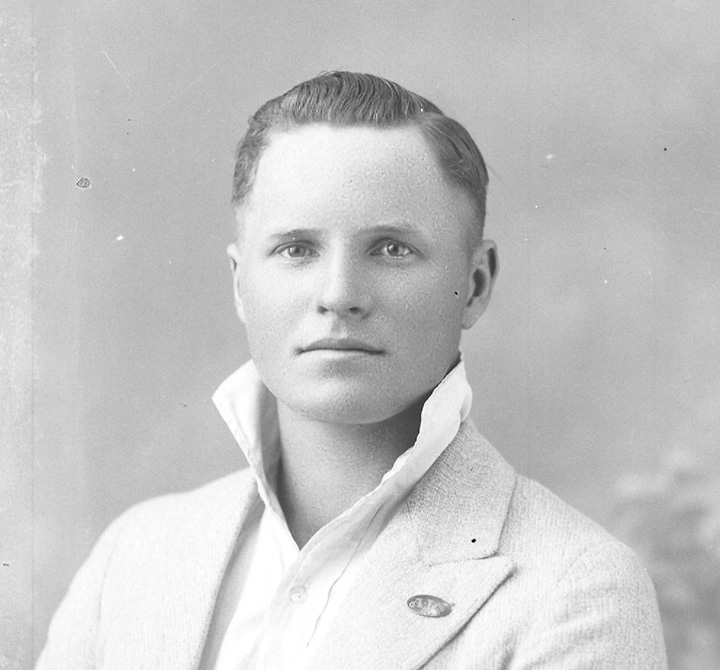 When Rob was collecting these stories, I was not yet writing a childhood memoir (Ghost Child: A Memoir) nor had I begun my search for the records. It was more than 20 years before my mind turned towards the idea of writing about that past. Rob was, by this time, in the latter stages of his recording for the Nulla Nulla Creek Project and he invited me to take part in some of the interviews he did with my aunts and uncles. It was not until some years later however that I began reading these oral histories more closely and I found a valuable source for my writing. I also found that this new material challenged my ideas of what that past had been.

Every childhood is lived in a family context (whatever form that family takes) and our family was struggling to survive for most of my early years. As well as writing a story of my childhood, I was also charting the beginning and the end of my parent’s marriage. The end came as I turned 15 and walked out the gate of the local school for the last time. Once the divorce was finalised, Mum did not speak Dad’s name again. For her, that past remained hurtful and harsh and she rarely talked about it except in negative terms. My parents spent the rest of their years well apart, in different states, leading very different lives. It was only in Dad’s old age that I was able to talk to him about his own childhood and adolescence.

But it was Rob’s interviews with Dad and other family members that gave me some fresh insights into that past. As I studied the fragments of my personal history, what I knew and how I knew it shifted inexorably towards a more nuanced view, and I began to see something else. It was not that the events that I remembered were now in greater doubt, but that how I knew them, how I interpreted them and how I told their story had become more porous and open.

It is a truism to say that we remember the long past more fondly. Ask a family historian to name their favourite character from any part of the family story and invariably it is a grandmother or a great-grandmother or a great-grandfather. Time can place a romantic, sometimes uncritical, layer on memory. But it also makes sense that we remember this way. We know enough about a grandparent or great-grandparent to tell their stories, but these lives are far enough in that distant past to have lost that edgy currency of the present tense; that place where we know too much. We are less able to blur the closer, known, sharper memories we have of our parents and siblings; these are more challenging, sometimes painful, always raw. And so it is with my parents too.

Not surprisingly, most of the stories I heard about Dad, especially from my mother, were apocryphal – his worst faults, irresponsible behaviour, neglect of his family and an inability to earn enough to keep us fed and clothed. My elderly aunts, his sisters, tell me in their soft, gentle voices that ‘he had good points’. He was a good person, they say, he always helped others. Everyone agrees that he was a rogue, a charismatic charmer. And like all charming rogues, what I hear about Dad is both terrible and terrific. He could have been a preacher, a politician or a powerful advocate for change, but instead I hear that Dad was a small-time conman, a storyteller, a jack of all trades, a philanderer, a charlatan, a ne’er-do-well. How could I reconcile all of these versions of my father and also be true to my mother’s stories and my memories of that past?

I have researched and written enough history, biography and family stories to know that human beings are not one-dimensional. I knew too that it would be wise to find a way to tell the stories of both my parents without malice and with some compassion. There was little doubt that Dad was a charismatic, irresponsible, unfaithful man and a neglectful father. Mum, on the other hand, was strong, resourceful, responsible, caring and always there. I cannot, could not, change any of that. But I can look back with empathy and wonder, with a renewed affection for that past. The Lawrie Stories have seeped into my consciousness too and have tempered my version of it. They do not negate my mother’s memories but add layers of complexity, of human endeavour and human frailty. They tell me of parents who did not always succeed, of a family waking each day to work hard, of parents who had little in the way of material comfort and of hard times that affected all the families who lived in that small dairy farming community along the Nulla Nulla Creek. 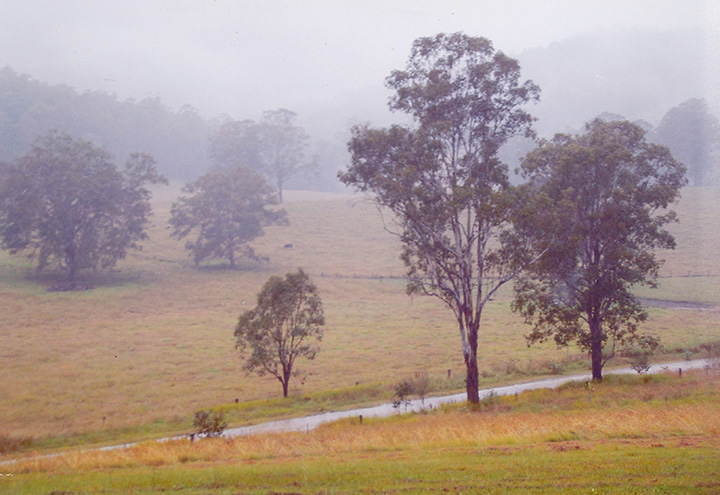 And so I have had to write these stories anew, unravel them and re-arrange the layers to write about my childhood. Both of my parents, in their own separate and singular ways, were full of potential, hardy and hopeful, and both lived long enough to enjoy long, healthy and productive lives well apart from each other. My childhood story is the richer for reading their lives more fully through Rob’s oral history. I can listen to their voices, hear them tell their own stories, know there was hope, understand the toughness, recognise the difficulties but also see the rich tapestry of their lives, over and over again. It is a gift. I am grateful for it.

Dr Noeline Kyle publishes women’s history, biography, memoir and she teaches and publishes widely on how to write family stories. She is an Emeritus Professor at Queensland University of Technology and an Honorary Professor within the Nursing History Research Unit at the University of Sydney.