Birds of a Feather

The death, possibly by suicide, of Sir Ashton Lever in 1788 was a quiet footnote to one of the greatest chapters in the collection and display of the world’s natural and artificial curiosities. Having first been divested through a public lottery in 1786, then moved and augmented, Lever’s remarkable collection of nearly 30,000 items was finally auctioned off in 1806. Enmeshed in the Leverian story was a young woman whose skill as a painter matched the demands of her obsessive employer. Sarah Stone (c.1760–1844) happily toiled for Lever in the Holophusicon—his private museum of wonders—and documented many of his treasured specimens. Her engaging watercolours, ranging from birds and bats to bivalves, were excised from Lever’s lottery, signalling their importance to him and their range. Lever could contemplate her ‘faithful’ drawings as simulacra while lamenting the loss of his collection. The young artist continued to paint as the collection evolved into the Leverian Museum through its new owner, the lucky ticket holder, James Parkinson, a law stationer. 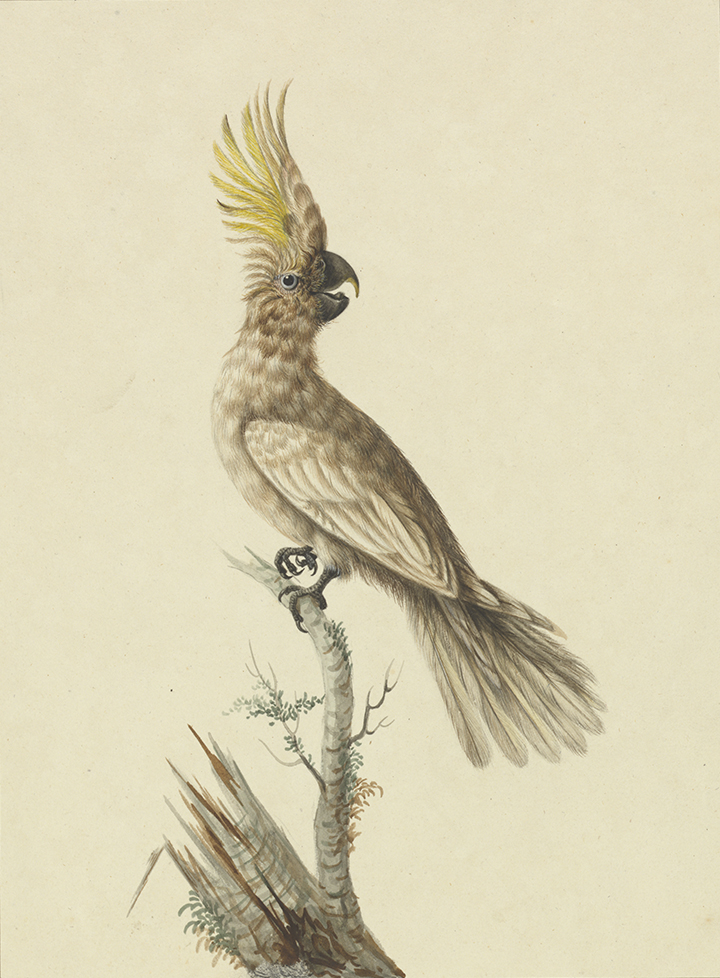 Dr Adrienne Kaeppler’s excellent Holophusicon: The Leverian Museum cites the 1783 reception of 300 of Stone’s watercolours as follows, ‘a large Room of Transparent Drawings in Water Colours, in a manner never before attempted from the most curious specimens on the collection … executed by Miss Stone … who is allowed by all artists to have succeeded in this effort beyond imagination.’ For a time and for a half crown, visitors could view Lever’s memorable objects and Stone’s images of them in well-heated rooms, brightening even London’s dullest day. Stone’s well-known image of the Holophusicon interior gives the view as one entered the white-painted rooms, contrasting the plumage and forms of countless birds with the endless variety of shells, coral, wet specimens and trophied horns. All were offset with a welcoming stuffed elephant and Eskimo kayak—it must have been extraordinary. 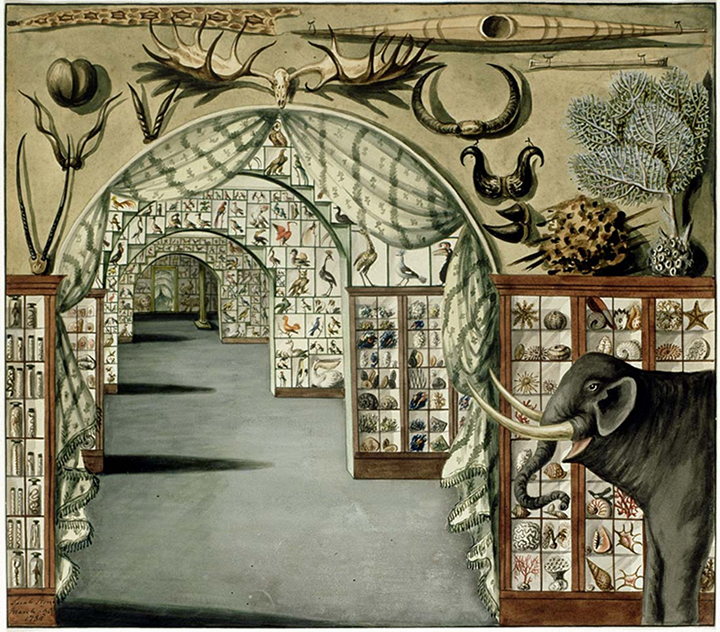 The early life of the artist behind these works is obscure and how she met Lever is not known. Her first watercolours may have been made as a small child and she lived to the venerable age of 82. We do know that she exhibited at the Society of Artists and the Royal Academy and created a series of paintings from specimens sent to England by First Fleet surgeon John White. Stone brought the intriguing fauna to life; some seem almost to exhibit personality. This was a major achievement given the gutted skins she was working with. Stone’s watercolours became the basis for many of the images in White’s successful 1790 account Journal of a Voyage to New South Wales.

In the extraordinary Colony: Australia 1770–1861 exhibition held recently at the National Gallery of Victoria, Stone’s interior of the Leverian Museum (SLNSW) and her depictions of the crested cockatoo and the great brown kingfisher, from the Library’s collection, featured in the centre of a very densely hung wall displaying dozens of important early natural history images. These works demonstrate the searching gaze of many eyes and the occupation of numerous hands on the other side of the world two centuries ago. Encountering the surprising array of nature here posed challenges for many artists. Irrespective of their skillset, artists had to overcome antipodean improbabilities. Kangaroos, platypuses, wombats and koalas all proved difficult. Birds were better served, as could be seen in the two spirited but delicate watercolours loaned. The cocky and the kookaburra looked to each other in the exhibition, almost as if in a dialogue—but what were their original names? Kaeppler records the 1793 visit to the Leverian Museum of ‘the two New Hollanders’. These visitors must have been Bennelong and Yemmerrawanne, the Indigenous Australians who travelled to England with Arthur Phillip. Looking through the displays they may well have sighted the birds with their keen eyes and softly spoken their names—garraway and guuguubarra. 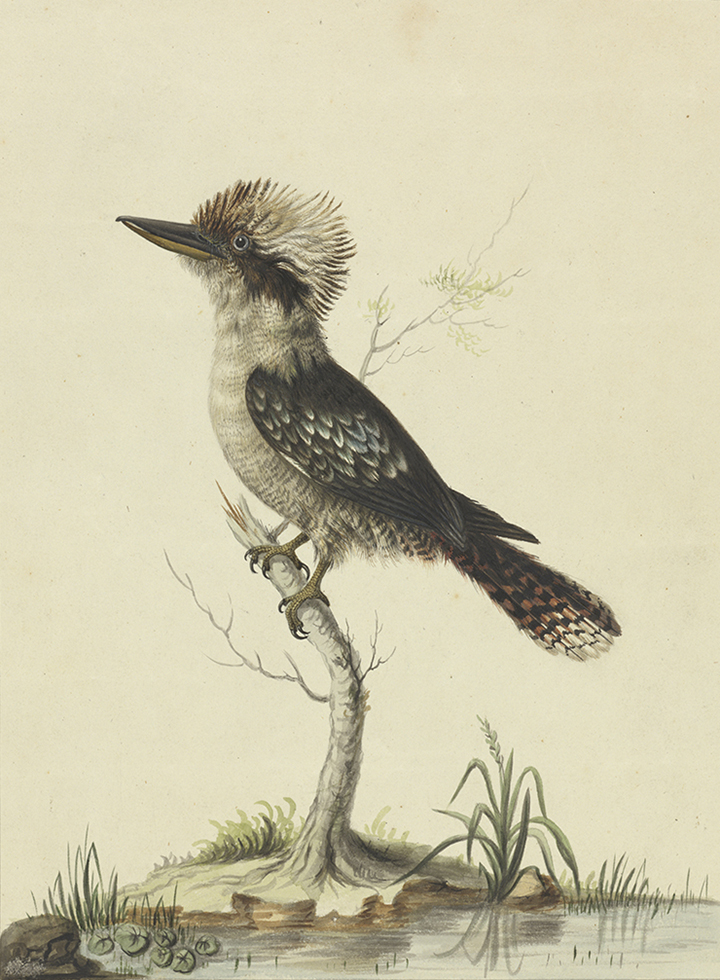 The Library is fortunate to own 15 pristine watercolours that demonstrate Stone’s considerable capabilities.