Tim Bonyhady reflects on the research of photographer Jon Rhodes

Thora, on Waterfall Way at the bottom of Dorrigo Mountain in northern New South Wales, is not known as a research centre. It boasts no libraries or museums or laboratories or, for that matter, any houses. There is just a general store-cum-service station-cum-post office with a public phone—an unusual research tool, but a vital one a little over a decade ago for one of Australia’s great photographers, Jon Rhodes. Because he had no electricity, no internet and no phone of his own at his property, back of Thora, Rhodes used the public one in researching Indigenous ceremonial sites in south-eastern Australia that he had photographed for an exhibition at the National Library of Australia in 2007. 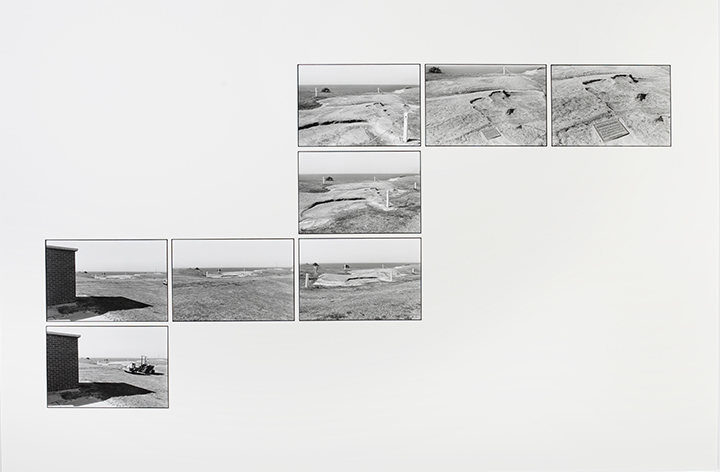 About to head south for the opening of that exhibition, Rhodes was investigating how 70 rock engravings carved by the Gadigal people—on what is now Bondi golf course—were re-grooved in the mid-1960s. In a file held by Waverley Council, Rhodes discovered that the re-grooving was supervised an officer of the then State Planning Authority, Ian Sim. A ranger with NSW National Parks and Wildlife Service told Rhodes that Sim was still alive and provided his phone number. That number took Rhodes to the phone box at the Thora post office in September 2007 to ring Sim—a call pivotal to Rhodes’ compelling book Cage of Ghosts, shaping two of its chapters. This call enabled Rhodes to cast remarkable light on the re-grooving of the Bondi rock engravings and revealed much of John Lough, who spent 25 years on one of the great projects of documentation of Indigenous culture—meticulously drawing and surveying thousands of Eora and Darug engravings—only for all those drawings to disappear.

It has long been clear from Rhodes’ essays accompanying his exhibitions Site Seeing, Whichaway and Cage of Ghosts that he is a fine writer. It is only since 2006 that Rhodes has emerged as an indefatigable, prodigious researcher. Overcoming the obstacles of living back of Thora, perhaps even benefiting from that isolation, he shows himself in Cage of Ghosts to be a master of the archive, upturning extraordinary material in many institutions. He has embarked on all manner of fieldwork, both alone and in company with many others, including Ian Sim. He still writes letters, when written correspondence is almost obsolete, to make an astonishing array of contacts. He used that public phone at the Thora post office, and became an aficionado of all the others in the district until, in 2010, he finally secured a Telstra ‘country phone’. 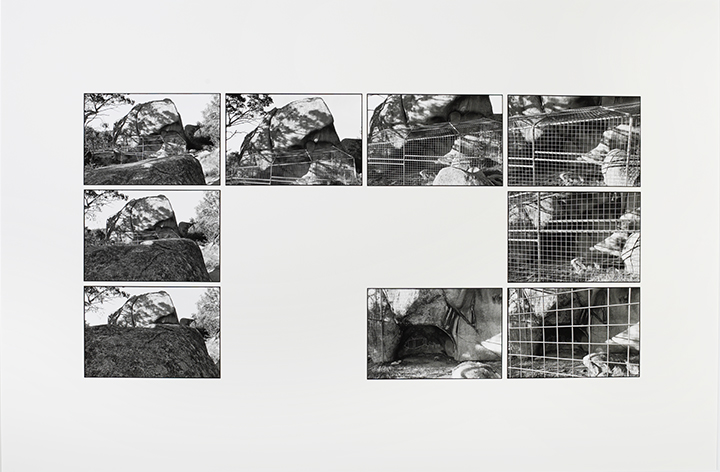 Cage of Ghosts, rich in illustrative material extending far beyond Rhodes’ own photographs, explores what has become of several notable Indigenous ceremonial sites or, more accurately, what non-Indigenous people have done to these sites. It is a story of theft, destruction and removal of material. It is a story of attempts at preservation, whether by re-grooving carvings or by caging sites. It is a history of the earlier ethnographers and anthropologists who shared Rhodes’ concern and passion for these sites. It is also a book with a sharp political edge, particularly about the failure to memorialise Australia’s frontier wars within the Australian War Memorial and on Canberra’s Anzac Parade. 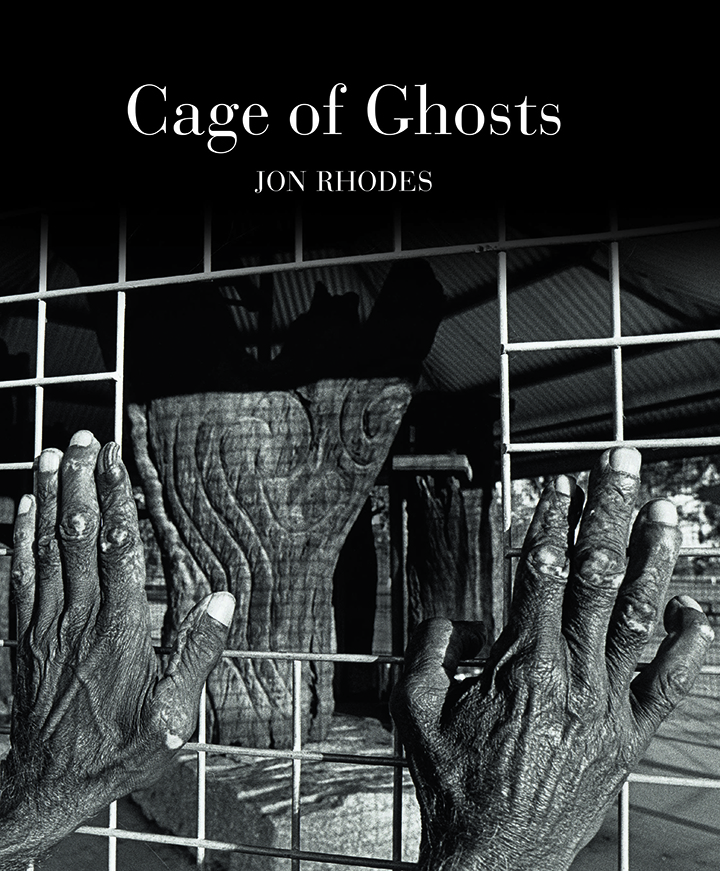 Rhodes took the first photographs for this project in 1994, but his research really began in 2006 when he was an H.C. Coombs Creative Arts Fellow at the Australian National University. By this measure, it has been a 12-year project, small compared to Lough’s 25-year undertaking. But what a 12 years it has been. Rhodes has discovered mysteries where we did not even know they existed; solved several; and gone a long way to illuminating others, such as what happened to the extraordinary corpus of drawings that Lough produced over his 25 years.

View the Rhodes photograph collection on our catalogue and learn more about his research in Cage of Ghosts.

Professor Tim Bonyhady is a cultural historian and environmental lawyer at the Australian National University.