It is 50 years since the last state execution in Australia. On 3 February 1967, Ronald Ryan was ‘hanged by the neck until dead’ at Pentridge Gaol, Melbourne, for the murder of prison officer George Hodson.

As a teenager living in the nearby suburb of Brunswick, I joined the campaign against Ryan’s hanging and the death penalty, cycling to the protests outside the front gate. There were hundreds in attendance and I recall individual men breaking from the main crowd, rushing at the huge roller-door gate and leaping into the air and kicking at it.

I was told later that when Ryan ‘dropped’ the thud caused pigeons on the corrugated iron roof of D Division to fly off in a flock. People outside knew then that the official killing had taken place.

Capital punishment remained the law in five of the six states after Ryan’s death—Queensland had abolished it as early as 1922—but not for long. Tasmania followed in 1968, Victoria in 1975, South Australia in 1976 and New South Wales and Western Australia in 1984. The federal government abolished capital punishment in the territories in 1973, and the Crimes Legislation Amendment (Torture Prohibition and Death Penalty Abolition) Act 2010 blocked any state or territory from reintroducing it. 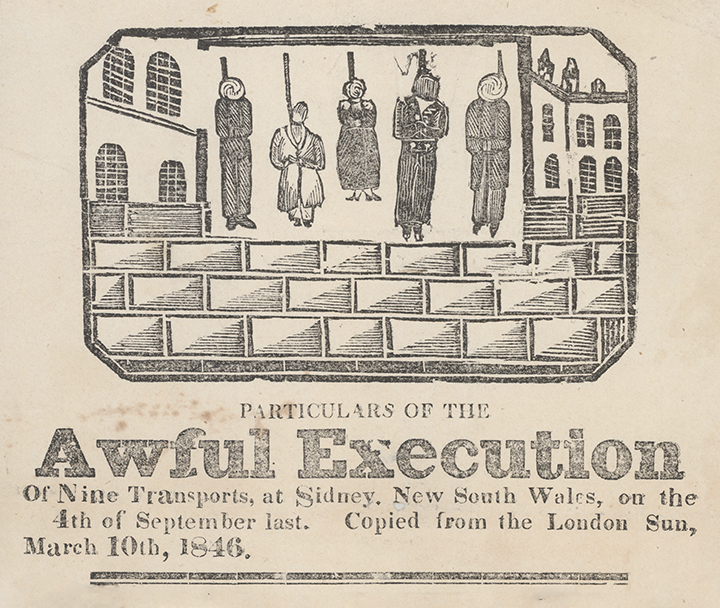 The death penalty came to Australia as formal law with the British but it existed in the customary law of some Aboriginal groups prior to 1788. In the colonial era, state executions could be applied in cases of sheep stealing, forgery and burglary, as well as murder. According to Ivan Potas and John Walker, more than 1,500 people were hanged between 1820 and 1900. From 1901 to 1967, Australian states carried out the death penalty on 114 occasions. However, its use gradually declined; 81 of the 114 occurred during the first 20 years of federation.

In more recent times, the attention of Australians has focused on the issue in cases of Australian citizens sentenced to death overseas. So far this century, there have been three, all for drug trafficking: Van Tuong Nguyen in Singapore in 2005 and Andrew Chan and Myuran Sukumaran in Indonesia in April 2015. Earlier cases also involved Australians convicted of drug trafficking: Kevin Barlow and Brian Chambers in Malaysia in 1986 and Michael McAuliffe in Malaysia in 1993.

Relatives, politicians, authors and members of the legal fraternity have all written about individual death penalty cases. The Library holds a book by Kevin Barlow’s mother, Barbara, published two years after his death; David Williams’ This Little Piggy Stayed Home (1989), which deals with the Barlow-Chambers’ case; key books on the Ronald Ryan hanging including a case study and educational material aimed at school students; and memoirs and biographies by and about key players, such as Tom Prior’s 1985 biography of Fr John Brosnan, who was Pentridge chaplain from 1958 to 1998, and an autobiography by Ryan’s defence lawyer Philip Opas QC, Throw away My Wig (1997).

Henry Bolte, Premier of Victoria from 1955 to 1972, and the man determined to see Ryan ‘swing’, was interviewed for the Library’s Oral History collection by Mel Pratt in 1976. In the interview, he says of the Ryan hanging:

I’ve always believed that if capital punishment is to be retained it should be retained for people in authority to be protected, such as the police, the warder … So nobody will ever tell me it’s not a deterrent; in my own mind I’m convinced it is.

Bolte and his successor as premier Rupert ‘Dick’ Hamer, who oversaw the abolition of capital punishment in his state in 1975, are both the subject of biographies, including Peter Blazey’s Bolte: A Political Biography (1972, 1990) and Tim Colebatch’s Dick Hamer: The Liberal Liberal (2014).

Possibly the best known ‘anti-hanging’ campaigner back in the 1960s and 1970s was Labor’s Barry Jones, who was secretary of the Anti-Hanging Council of Victoria from 1962 to 1975. Jones’ edited collection The Penalty Is Death was published in 1968, following the hanging of Ryan and remains a classic for understanding the issue. In his 2006 autobiography, A Thinking Reed, he explains how two hangings in his hometown of Melbourne in 1939, when he was six, led to his opposition to capital punishment:

I remember reading about them in the newspapers … Reports were not explicit, so I relied on my imagination, my father’s graphic description of the mechanics of a hanging and some other reading. I experienced terrors and nightmares, especially in the weeks before and after the event

While Jones’ and the campaign’s efforts to save Ryan did not succeed, both were essential to the abolition of the death penalty eight years later. Jones writes that:

Helping to end capital punishment gave me a greater sense of satisfaction than any other public activity I have ever been involved in … Was [Henry Bolte] hurt by the abolition of the death penalty? I hope so.

Barry Jones was interviewed for the Oral History collection in 2011 by Garry Sturgess. Also available at the Library in audio format are Bruce Dawes’ readings of several of his poems, including On the Death of Ronald Ryan, recorded at the Australian National University in 1967.

The day-to-day campaigning against capital punishment produced its own material—much of it ephemeral—but surviving pamphlets in the Library’s collection include Norval Morris’ You the Hangman?, published in 1952 by the Howard League for Penal Reform, and the Brotherhood of St Laurence’s c.1967 pamphlet Why Is There to Be a Hanging?, which addressed the Ryan case. 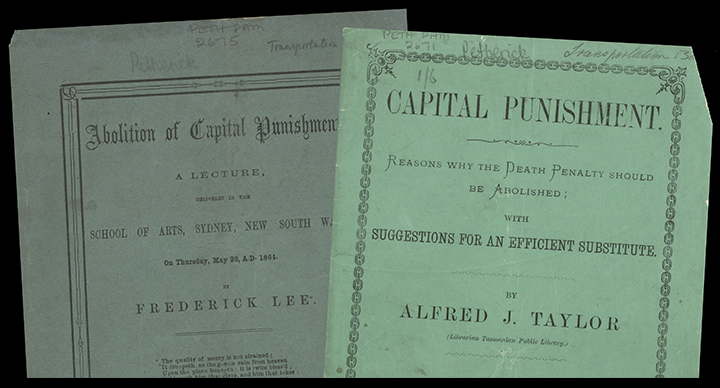 My focus in this article is the National Library’s Australian collection but the Library has much from overseas on the subject. A little gem is President John Quincy Adams’ 1846 pamphlet Abolish the Death Penalty. 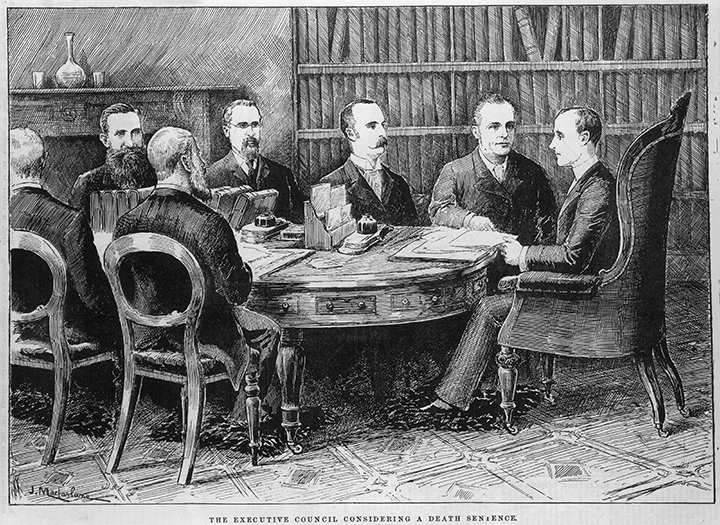 Dr Barry York recently retired from the Museum of Australian Democracy at Old Parliament House, where he was a historian. He began recording oral history interviews for the Library in 1988 and was a Harold White Fellow in 1997. Barry’s email address is barryyork554[at]gmail.com.