Falling Out of Love

Although mostly unread and unknown to young people of the present generation, in the 1960s and 1970s Ivan Southall was a literary superstar. Selling in the hundreds of thousands and translated into over 20 languages, Southall produced 23 books for children and was the only Australian to be awarded the Carnegie Medal.  While he was reviled by some critics, and accused of racism, sadism and even raping the
child mind, his young readers loved him. The National Library holds hundreds of adoring letters from children that attests to a wide and devoted audience. 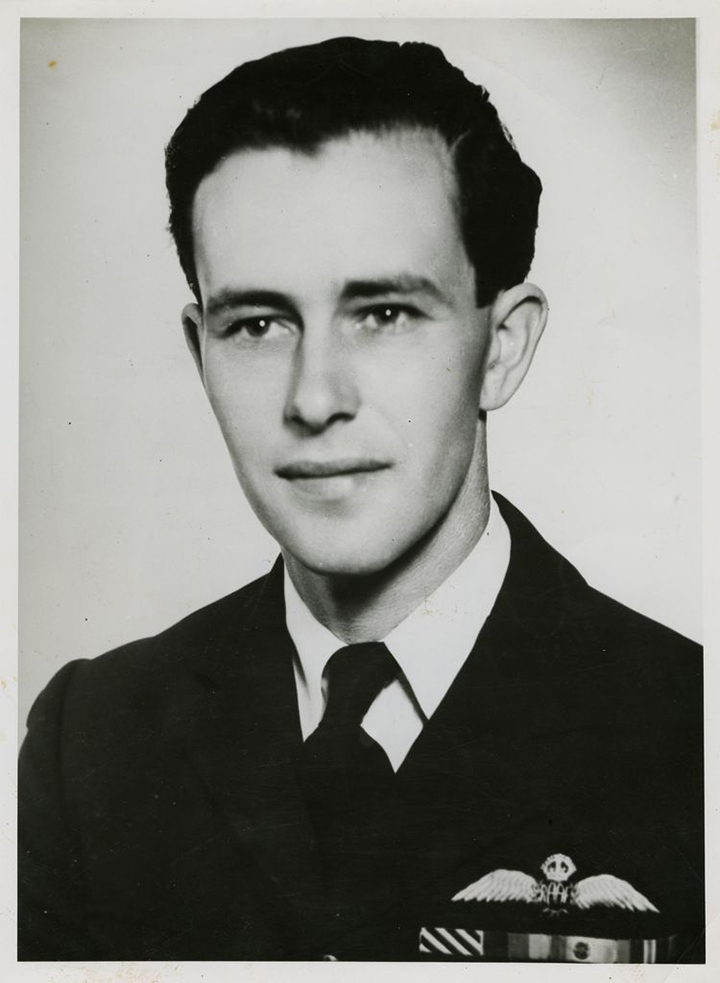 I’m writing to say that I love reading your books. I am reading Ash Road and Over the Top. I wish to grow up to be an author and write wonderful stories like you. When I read your books I feel I’m really there.

At the top of each letter in Southall’s handwriting is the word ‘Reply’ and a date. No correspondent, as far as I can tell, failed to receive a response.

Southall began his long career in writing for children with a series of Biggles-style adventure books based on a superhero pilot named Simon Black: Simon Black in Peril, Simon Black in Space, Simon Black in China. Books about boys, for boys. Nine books in total, written over a period of 11 years, which he was later to dismiss as not deserving of the description literature. ‘Simon Black was six feet tall, black-haired, skinny, incredibly clever, incredibly handsome—me, you see, my superego,’ he told interviewer Hazel de Berg. ‘Typical of the time but mimicking in a way the books for boys I’d read as a child. All I was doing was perpetuating the old British imperial myth.’

Then one day a conversation with his brother resulted in a dramatic shift in style and content. Southall told the story repeatedly in letters, in conversations, and in interviews. As he explained in a letter to a reader in 1971:

In 1959 in the living room of my home, then at Monbulk Victoria, I asked my brother a question: ‘What would happen to our children if they were left on their own and we were not here to look after them?’ He thought they would die, probably in a short time. I thought about it for a year and then decided to find out in a story. So I took some of those children who had been with us that day, and few that I knew, changed their names, put them in an imaginary town called Hills End and then discovered the story you read in the book. I didn’t know how it was going to work out and I didn’t know whether the children would live or die. To me it was a real adventure.

Hills End was the first of Southall’s trilogy of ‘survival stories’, in which young protagonists are faced with disaster. It follows the fate of seven children trapped in a cave while storms and floods wreak destruction on their town; the second, Ash Road, chronicles a bushfire; and the third, To the Wild Sky,a plane crash. 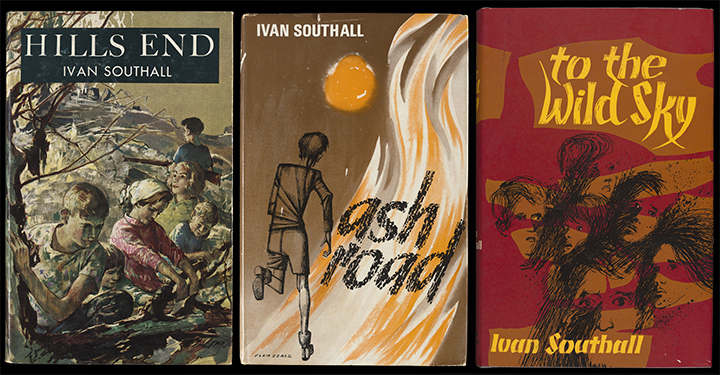 Southall later described Hills End as ‘an abrupt and major change of course that came to be regarded, worldwide, as a new departure in literature for children.’ A final draft was delivered to Angus & Robertson in 1959 but serious reservations about the author’s dramatic change in tone and subject matter meant that the book wasn’t released until 1962.

In 1963, Hills End was included in the list of New York Times Books of the Year and chosen by the American Library Association of one of 55 titles recognised as notable children’s books of that year. Translated into ten languages, it was developed twice into a television mini-series, first in France in 1987 and then in Australia in 1989. In Sweden it was dramatised for radio and in Japan, produced as a musical stage show. Sales of the book eventually ran into the hundreds of thousands. Southall had clearly struck a chord. He would later comment that Hills End was his favourite because ‘it was the first book I ever wrote that had something useful to say.’

The ‘useful thing’ it had to say was that even amid disaster, children were capable of rising to the occasion. In Hills End, Southall let children know that, whatever the circumstances, he had faith in them. And it was a message that children were thrilled to hear.

After the trilogy of highly successful survival stories, Southall entered a new period that Agnes Nieuwenhuizen described as,

a phase depicting the inner struggles of boys who were ‘different’ or trapped within themselves. Highly intelligent, sensitive, introspective, internally articulate boys struggle to overcome often imaginary but none the less ‘real’ fears and hurdles. 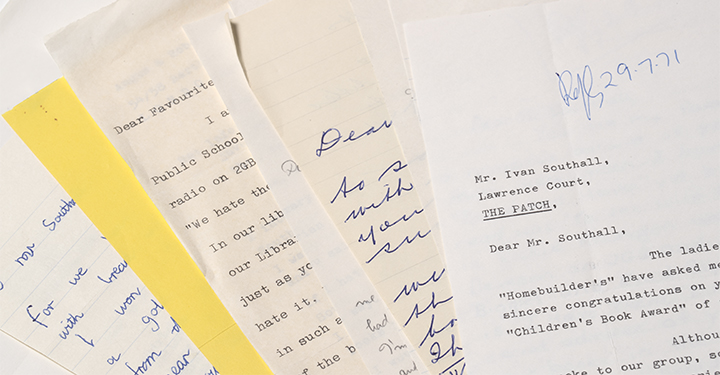 Michael Cameron, at the centre of Southall’s novel Bread and Honey, resonated with many young Australian readers of the 1970s, as the correspondence shows:

Your books and style of writing really thrill me. Your characters seem so life-like. Michael Cameron from Bread and Honey shows how human and how much like an everyday boy he is and how his mind works.

I really liked Bread and Honey but I felt sorry for Michael because of his mother’s death and because he didn’t accept himself as he was. I’m glad he realised in the end that nobody can change him and it’s no good trying to be different from what you really are just to please other people.

Michael seems to portray the ‘crazy mixed up’ youth of today who needs help but no-one knows it. It is good, however, that he sorts himself out by the end of the book.

There is, however, one reader who had a criticism to offer:

I thought Michael thought too much and didn’t speak enough.

This is probably an accusation that could also have been levelled at Ivan Southall himself. He was not a ‘typical’ Aussie bloke. He did not hang around bars, drinking beer and exchanging banter. In a sense, the books from this period could be seen as reflecting his continuing struggle with conventional Australian masculinity. Bread and Honey is set on Anzac Day, the Australian day for celebrating mateship. As a decorated veteran, one might have expected Southall to mark the occasion, but he did not march or go drinking with old war buddies. Even as an old man, there was something of the introspective, internally articulate boy, like Michael in Bread and Honey, who felt out of place with ‘real’ Australian men. 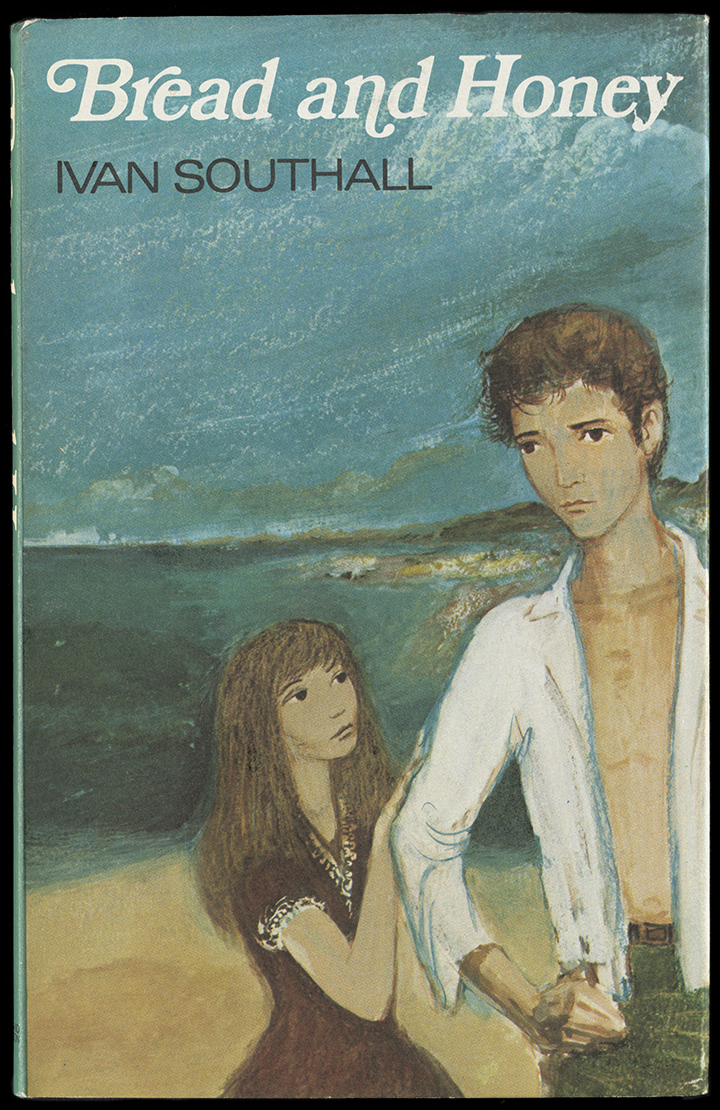 Among the devoted readers of Southall, I found a number of contemporary writers. Memoirist Ailsa Piper told me that,

Ash Road and To the Wild Sky made me feel that my own story was something that had a place in the world of books. That those cloth-bound treasures were not only about people ‘up there’ on the other side of the world, but that they could also be opened to reveal me and my friends.

Novelist James Roy wrote in a collection called Books That Made Me,

At minimum he wrote half a dozen classics for Australian children but where is the recognition? Where is his plaque? Where is the prize in his honour? He had a decade of being the best children’s writer in the country, recognised the world over, and a few decades later he is utterly forgotten.

Mark’s comment is reminiscent of the final line from Bread and Honey. When Michael’s grandmother is preparing to place a wreath on the Anzac memorial, he asks, ‘Is this because people remember, Grandma, or pretend that they don’t forget?’

Dr Gabrielle Carey is a senior lecturer in creative writing at the University of Technology Sydney and author of nine books, including the much-loved Puberty Blues (co-written with Kathy Lette). Her most recent book is Falling Out of Love with Ivan Southall, which resulted from her National Library of Australia Fellowship in Australian Literature, supported by the Ray Mathew and Eva Kollsman Trust (2017). Carey will be the Australian National University's H.C. Coombs Creative Arts Fellow in 2019.