Fashion for the Spotlight

Cyborgs forged from industrial apocalypses, high society ladies in floor-sweeping ball gowns and dancing ghouls that have risen under midnight’s spell—not what immediately comes to mind when thinking of the National Library! But these characters are represented in the Pictures collection through costume designs. Ballets, musicals, dramas and operas are a wealth of information for the interested researcher, and costume designs provide a behind the scenes glimpse into these performances. 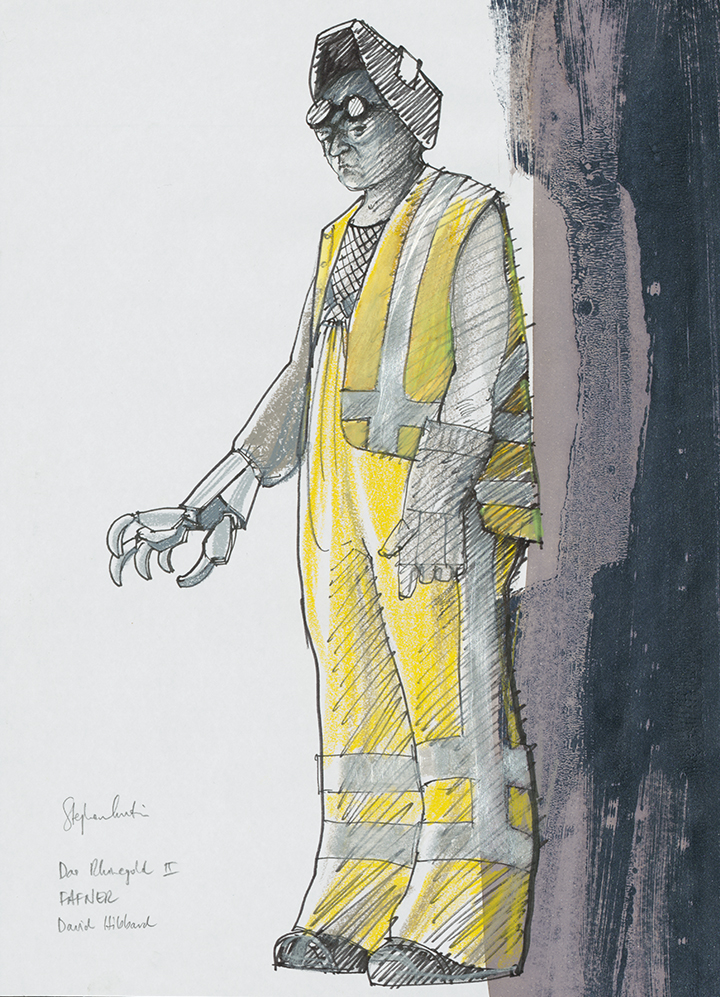 Looking at this costume, you might not guess this was for an opera. After a dramatic reinvention of the original design, the State Opera of South Australia staged Wagner’s operatic series Der Ring des Nibelungen in 2004. Wagner’s Nordic mythology was reimagined as a futuristic industrial wasteland, as we can see above in the character of Fafner. His yellow costume contrasts garishly against a black backdrop, yet his facial expression and grey skin echo the shadows from which he emerged. The welding mask and metal claw create a menacing character—robotic and lacking human warmth. This prompts the audience to ask what kind of dystopian world he is surviving in. It is a good example of how stage characters and their lives are represented through costume design. It also shows how costumes can be developed to reflect the atmosphere that the production wants to convey to the audience. 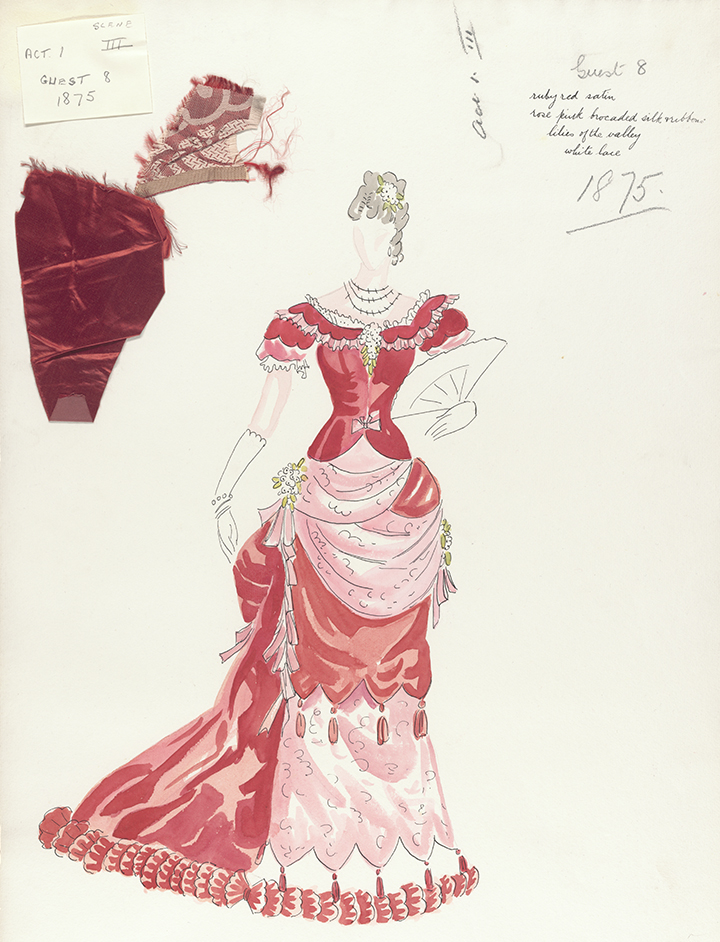 Compared to Fafner’s well-documented sartorial choices, this ball gown is a dazzling mystery. The Williamson Collection is the legacy of James Cassius Williamson (1845–1913), who established a production empire that specialised in theatre shows between the 1880s and the 1980s. After a century of melodramas, musicals and pantomimes, we no longer know what performance this costume belongs to. Thankfully, due to the design we can still get a sense of the character. The swatches of fabric attached to this design indicate the texture, colour and pattern that was used to emphasise the sumptuousness of the scene. We could image this character arriving at a ball, gossiping about who else from the nearby town has been invited to the party and twirling across the dance floor in the arms of her admirer. The vivid scenes we can imagine show how costume designs, along with any other records of a show’s production, help us to appreciate a live performance long after it is staged. 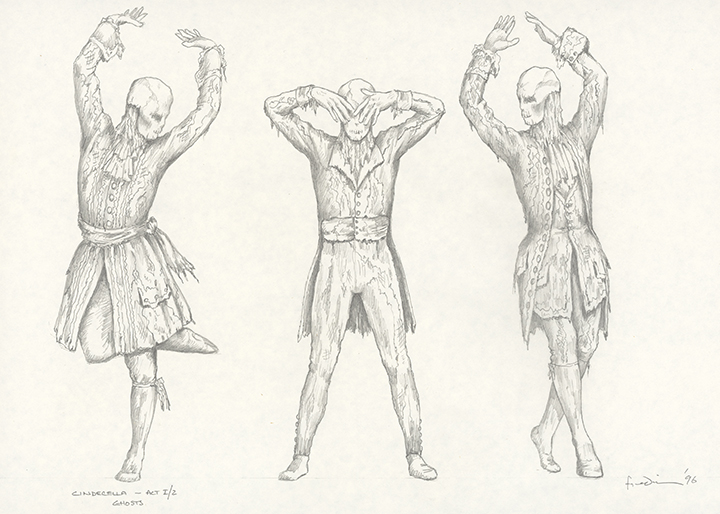 Kristian Fredrikson, Ghosts in Cinderella Act I and II, The Australian Ballet, 1996, nla.cat-vn4404203

Costumes are essential to stage productions because they visually express the role of the characters and help to engage the audience. However, the costume must work for the performer first and foremost. This drawing of ghosts in Cinderella shows how the designer has created costumes with the ballet dancers in mind. They must be able to twist, jump and strike a pose without hindrance from their clothing, so the designer has anticipated that the coats will have to stretch with a dancer’s arm movements. Ballet shoes and tights are required for the dancers’ movements, so the designer has focused on the coats as the key decorative piece in the costume instead of boots or baggy pants. In this way, costume design reveals the pre-production work that goes into creating a character that performers can easily portray to the audience.

You can view costume design collections through the Library catalogue, through which you can also look at the complementary PROMPT collection of Australian performing arts programs and theatre ephemera.

Brooke Kelly is a pictures acquisitions and processing officer at the National Library of Australia.