If It Wasn't for the Blues

It is always very sad to lose a close friend, but worse when they die too young. I first met Peter Gelling (1960–2018) in August 1990 at popular Canberra music venue Tilley’s Devine Café Gallery—he was accompanying an Australian blues singer, Wendy Saddington. I loved blues music and was impressed by Peter’s subtlety and skill on guitar. Nearly all other Australian musicians ‘rocked up’ blues music. Peter didn’t—as I came to learn, he had begun as a classical guitarist. 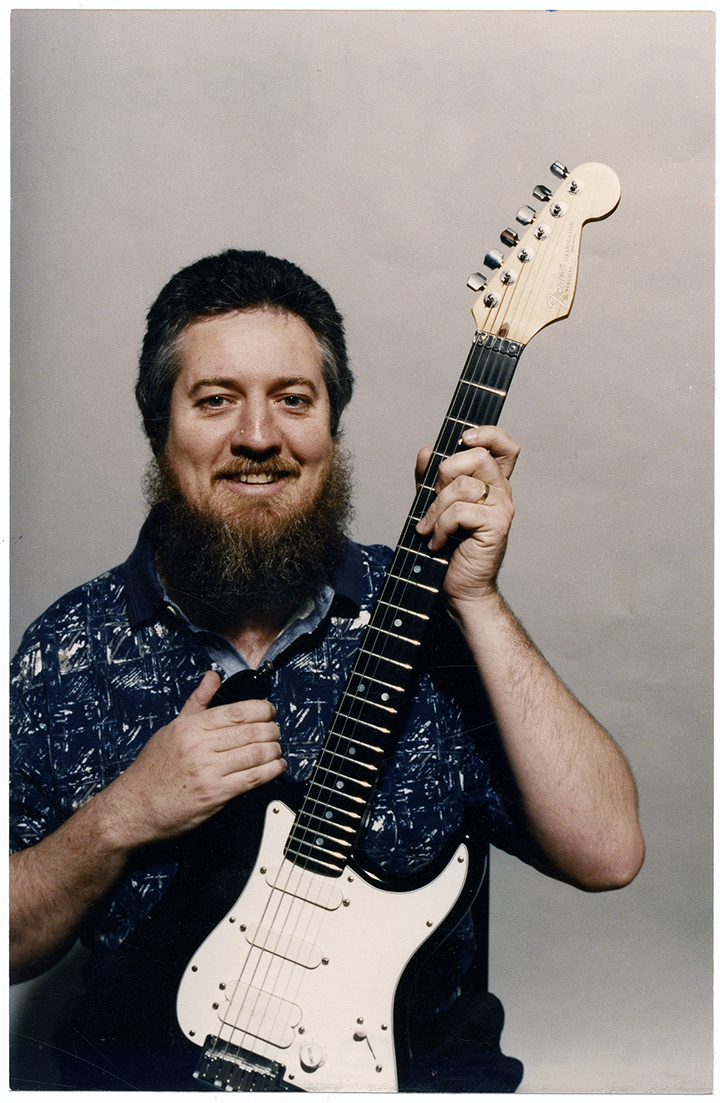 Peter’s struggles and inspiring successes are well documented in interviews I recorded with him in 1995 and 2001 for the National Library’s Oral History Program. The interviews go for about eight hours and are a remarkably candid account of addiction and the struggle against it. For five years, and from the age of 13, Peter was a drug addict and alcoholic. He was saved by Alcoholics Anonymous (AA), by the support of special people in his life, and by music—and his own incredible determination. He remained ‘dry’ for 40 years and was committed to helping other recovering alcoholics and addicts over that entire time. Peter saved lives.

Inseparable from Peter’s struggle was music—a commitment that became obsessive and brought much joy to his life. A multi-instrumentalist, Peter was an exceptional player of guitar and harmonica and an excellent composer, producer, song writer, arranger and music teacher. Rolling Stone magazine described his guitar playing as ‘shimmering’. He released five critically acclaimed albums, including the Aria-nominated Bluestime and multi-award winning Fortune. He was also a deep thinker, lover of literature and poetry, and a gentle and modest man.

As a musician, he was recognised internationally through his music instruction books, which were translated into four languages, and as second-place getter in the blues category of the famous Nashville International Songwriting Competition. He wrote more than 130 books covering many instruments and styles. His books on blues guitar sold well in the United States. ‘Yes,’ he grinned during the interview, ‘that's pretty funny, isn't it? A white boy from Australia selling books on blues guitar in America’. 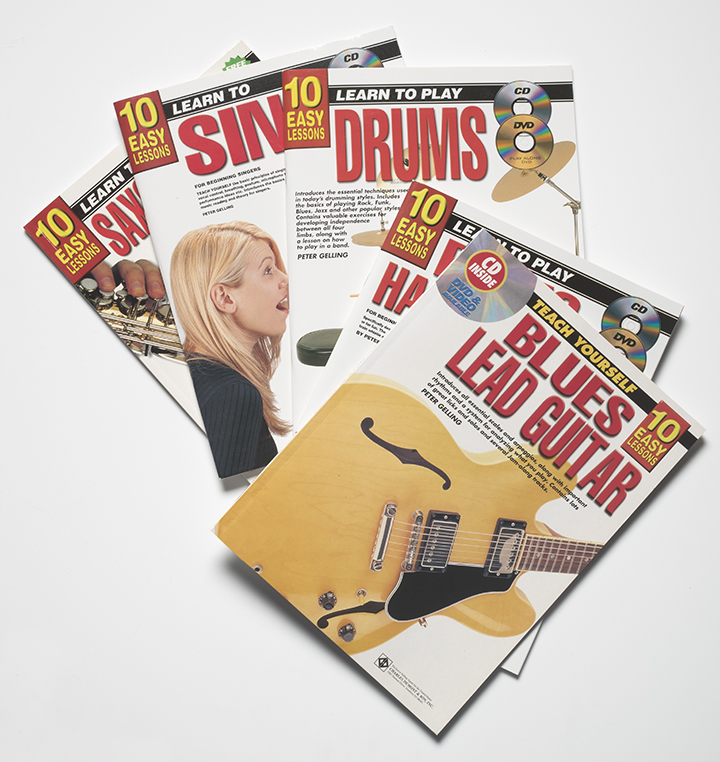 Our first interview sessions, in 1995, took place in Canberra, where he had lived for 25 years, was teaching music and led a top-notch blues band, Blind Freddy, for several years. We talked about everything from his childhood and upbringing in Bulli, on the New South Wales south coast, and his self-destructive years as a teenager in Canberra through to his enrolment with AA and his taking up of the guitar.

I was one of Peter’s confidants, so there was trust between us in recording the interview. Yet I admit to being shocked by some of his revelations about his years of desperate addiction. He told me,

I would take anything, I wouldn't care what it was. If I thought it would give me a hit, I would take it. I didn't read the label, I didn't know what it was, I'd just take it

I got to the point of realising that I had to do something or I was going to die. 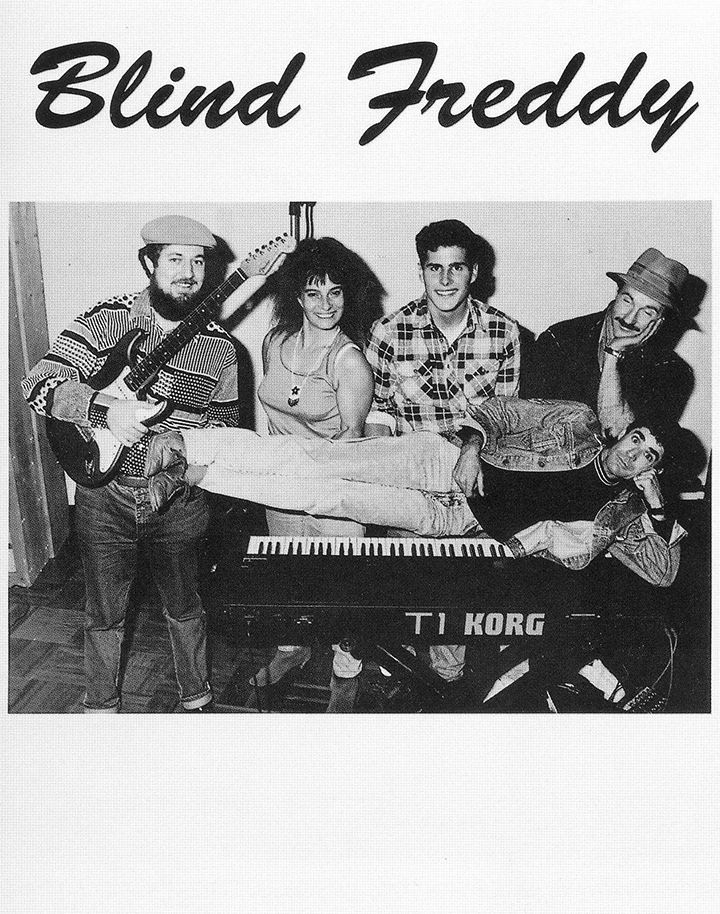 Those years took a heavy toll on Peter’s health, most notably through myalgic encephalomyelitis (ME), otherwise known as chronic fatigue syndrome.

I can't walk far, I can't run. After a little bit of activity, I get fairly weak. I get a lot of headaches, pain in the body most of the time. Concentration becomes really difficult the more exhausted I am. It's basically a thing where the more you push yourself the worse you get.

His mental health also suffered, and at times badly:

you lose your perspective on what's real and what's not real; that's what I lose sometimes.

I'd always loved blues. The first record I ever bought was Sonny Terry and Brownie McGhee so I decided ‘I'm going to concentrate on blues’. So I set out to study it myself and become good at it.

In 2001, the National Library sought an additional interview session as much had happened in Peter’s life: Blind Freddy had released their first album to critical acclaim and in late 1996 he had moved to Adelaide to take up a job with a music publishing company. His wife, Lesley Beasley, joined him there the following year. The couple were able to buy a house, however, his health had declined to the point where he could no longer tour or perform at live venues. This was a huge blow, as the band had become popular in Sydney. 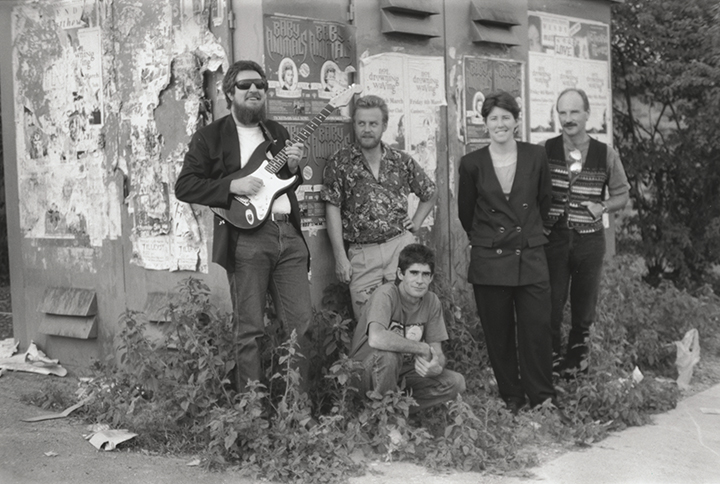 In the 2001 interviews, Peter elaborated on his love of blues music.

One thing that attracted me to blues immediately was that they were songs about everyday life. They had intensity in them, they were about hardship. There was that cry in the music, that intensity, as well as a great melodic sense, as well as the growling, the bending and just the rhythm. There's integrity in blues.

The other thing these days is, well, the thing of being an alcoholic, of having ME, there's constant frustration with my life. There's a deep, desperate frustration about being sick and not being able to live normally, which I can't express but it comes out through music.

His musical influences ranged from Junior Wells, Willie Dixon, Mahalia Jackson, Albert King, James Booker, Lester Young, to Bach and Mozart, and spanned blues, jazz, funk, soul, R&B, folk, world music, rock, gospel and classical.He was particularly fond of the depth of the writing of Leonard Cohen and innovations by Frank Zappa. Both, he believed, made observations on society and humanity through their music, as he liked to do. In his final years he returned to classical music, playing piano and composing works that attempted to combine blues and classical.

Among his many legacies is his role as a mentor for young female musicians. Performing at the Byron Bay Blues Festival in 1994, he did a quick survey of the hundred-plus musicians and found that only two were female. In cooperation with Tilley’s, he designed a mentoring program, ‘Taking the Stage’, that encouraged young women to play instruments that were generally played by men and to form their own bands.

Peter died peacefully in Canberra in September 2018, aged 58. He had battled his demons and was an inspirational figure to many. In 2019, his personal papers were donated to the Library’s Manuscript Collection.

Dr Barry York is a writer and historian. He has written books, scholarly monographs and articles on aspects of Australian immigration and particularly on Maltese migration to Australia. He began recording oral history interviews for the Library in 1988 and was a Harold White Fellow in 1997. Barry’s email address is barryyork554[at]gmail.com.