Walt Whitman once said ‘I am multitudes’. That certainly applied to my father, Loreto York—so much so that I quoted the line in my eulogy at his funeral in 2009. He was aged 90 when he died. Twenty years earlier, in 1989, at my parents’ home in West Brunswick, Melbourne, I recorded a lengthy oral history interview with Loreto (better known as ‘Larry’) for the National Library. Over the many sessions I was mindful of the day my dad would be no more and that this would be an intimate record of his life. 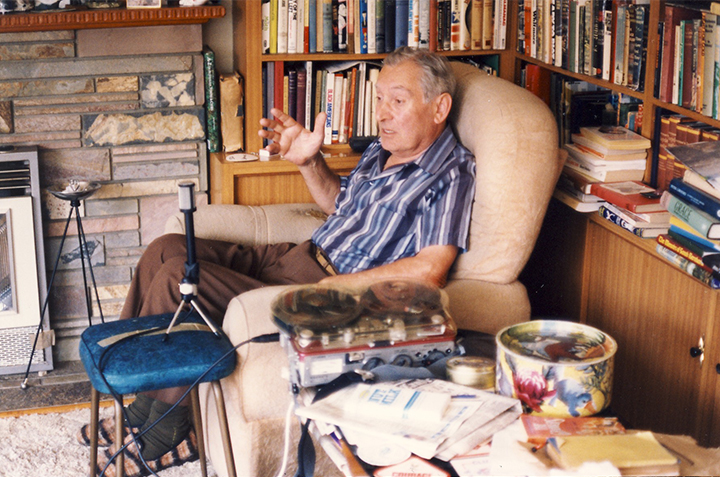 The recording provides some solace: hearing his voice again, the Maltese accent almost concealed beneath his long effort to speak his best English. But, more importantly, the interview is a valuable historical source. The topics cover a wide range: life in British Malta in the 1920s and 1930s; service with the Royal Air Force in Africa and the Middle East during the Second World War; London after the War; an intercultural marriage; emigration to Australia; the migrant voyage; settlement in a new land; working class life in Brunswick; factory work; local government; retirement; and divorce in his seventies.

Loreto Giovanni Mario Maria Salvatore Meilak was born in Sliema, Malta in 1918, the eleventh child of Salvatore Meilak and Loretta (nee Mercieca). His parents and siblings were from Ghajnsielem, Gozo—Malta’s sister island. With his father away for extended periods as a merchant seaman, life was hard and ‘the whole family was very poor’.

You're poor if you don't have enough to eat … I hadn't seen a piece of bacon until I joined the Royal Air Force … We had to make do with potatoes and spaghetti and bread … We had to walk with bare feet … if that is not poverty, I don't know what is. The only time we wore shoes was when we went to Mass, or Benediction, or to school. 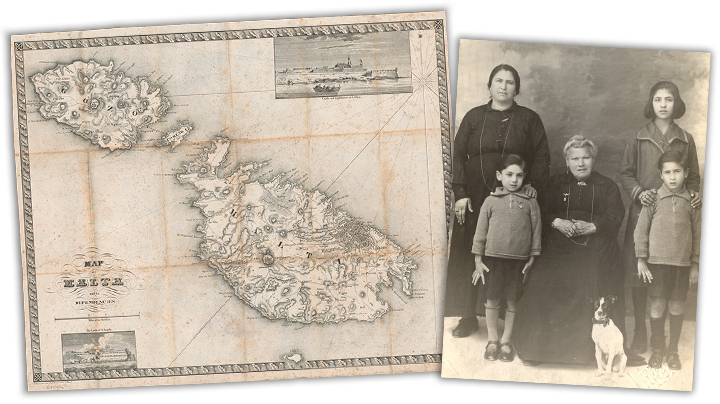 He worked in Malta as an apprentice ladies’ hairdresser in an exclusive salon named Merola’s. He loved this work, dealing with the wives of the British Admiralty. However, war clouds were on the horizon and Benito Mussolini was speaking of Italia Irredenta. Anti-British priests in Malta supported Mussolini’s fascists from the pulpits.

Italian bombings on 11 June 1940 brought the war to Malta. Loreto had volunteered for the Royal Air Force and his life was changed forever. One minute he was a naive young apprentice in a salon, the next he was on a warship, the Royal Sovereign, heading to Egypt in a decoy capacity. He experienced the full force of aerial and submarine attacks. People around him were killed and wounded, some crying out in pain and fear.

He volunteered ‘for a job’ and ‘patriotism and adventure’.

Do you think I would ever have seen Egypt, the pyramids and the Suez Canal, Eritrea, Abyssinia, Palestine, as it was called then, North Africa, no way, and France?

He never returned to Malta. The war exposed him to a bigger world and new ideas. 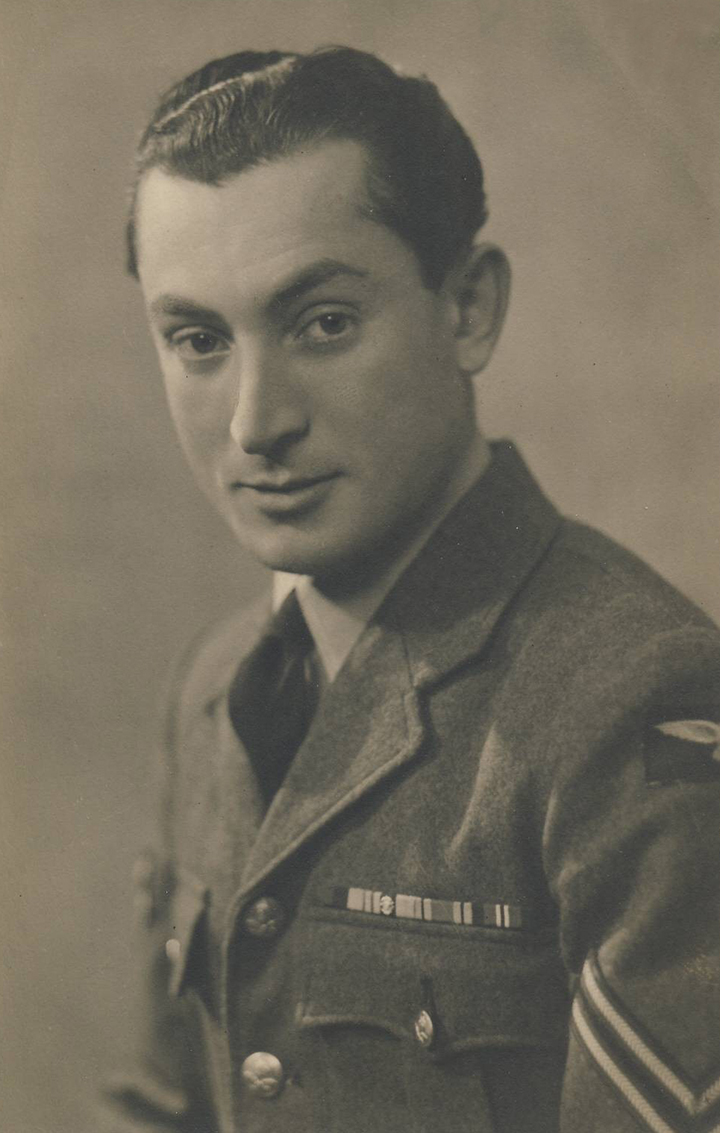 Surviving the Royal Sovereign, he recalled,

As soon as I got up on deck and saw Alexandria I fell in love with it. The blue sky, the minarets, another world, entirely different world, you know. It was a world like the one we see on TV with the flying carpet

It was during the war that he developed an interest in socialism. As someone brought up by parents and church to be obedient, his eyes were opened when he was in a barracks with English soldiers during an air raid. Rebellious soldiers refused to go to the trucks during the raid. He recalled,

The English boys in the air raid shelter, they told us, ‘No, f*** 'em, don't go out in this’. And they yelled out at the officer and the sergeant to go and get lost … I didn't really comprehend. I thought it's a war, an order to be obeyed and let's go … I was very much surprised… [We] stayed in the air raid shelter.

Later in the war, he met communists:

We were very pro-Russia because we knew that the Russians were helping us … So even in Port Sudan I remember that the English boys were singing The Internationale and The Red Flag and you walk by the hangers and you see the hammer and sickle painted all over the hangers.

After the war, he was stationed in Kinloss, Scotland, and then London, where he met and married Olive Turner. He remained with the RAF until 1953. 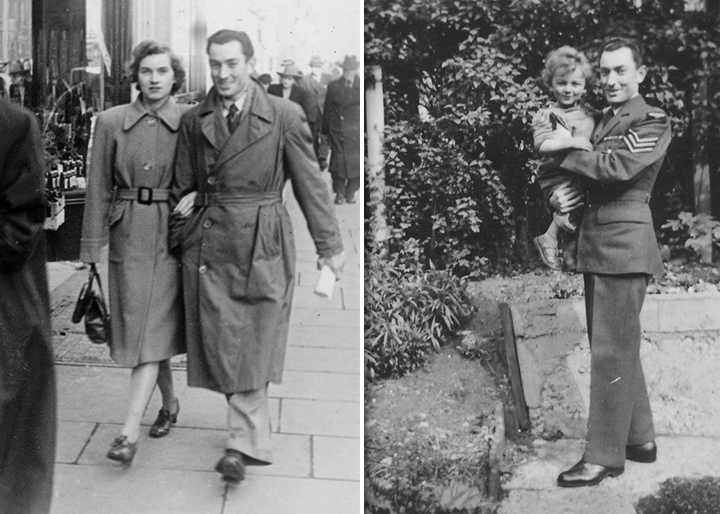 With his parents dead, and Malta’s towns badly damaged, he decided to settle in London. While there, in 1947, he changed his surname from Meilak to York. He became fed up with people not knowing how to pronounce or spell his surname. The straw that broke the camel’s back was the taunting he received, arising from media publicity about Maltese criminals in Soho who ran a prostitution ring.

A Polish Jewish friend told Loreto he was going to change his surname and suggested Loreto change his too. ‘Within my heart I felt there was no big deal about it’.

Why ‘York’? In camp in Asmara, Eritrea, he had seen a film about a war hero, Sergeant York, starring Gary Cooper. Loreto had attained the rank of sergeant. He became Sergeant York!

Loreto’s brother, Joe Meilak, had migrated to Melbourne in 1925 and worked on the waterfront. He nominated us and in 1954 we boarded the Himalaya as assisted migrants to Australia: Loreto, Olive and me (aged three). The ‘push factor’ was the 1952 Great Smog that had descended upon London, killing thousands, mainly babies and the elderly. I developed bronchitis and Loreto told Olive: ‘Whether you come or not, I am going and he is coming with me’.

The story of life in Australia begins with enormous disappointment:

[Australians were] very rough and very crude in a lot of ways … when you are coming to a young country you expect everything to be spotless … Melbourne was passive and quiet and beautiful … [but] you sort of … resent remarks about ‘wogs’ and ‘dagos’ and, you know, a lot of things I will never forgive or forget.

There were early problems with accommodation and the jobs he undertook; he finally found work in a factory in the cosmetics industry. He was a shop steward for the Storemen & Packers Union and joined the Australian Labor Party in the 1960s. He speaks frankly about the nature of work in the industry and the battle for equal pay for women. He worked at the Cyclax factory and recalled,

I was the instigator for equal pay for the ladies there. Because remember cosmetics [industry] is mainly dominated with women. I would say ninety percent are women but of course when I mentioned it to the girls they said ‘Oh, we will lose our job because they will employ men if we get equal pay’. I said, ‘You won't lose your job’. And as you see, even to this day it is all girls, very few men. The only thing that men do there is in the manufacturing and also carting in the cosmetics in trucks and things like that. 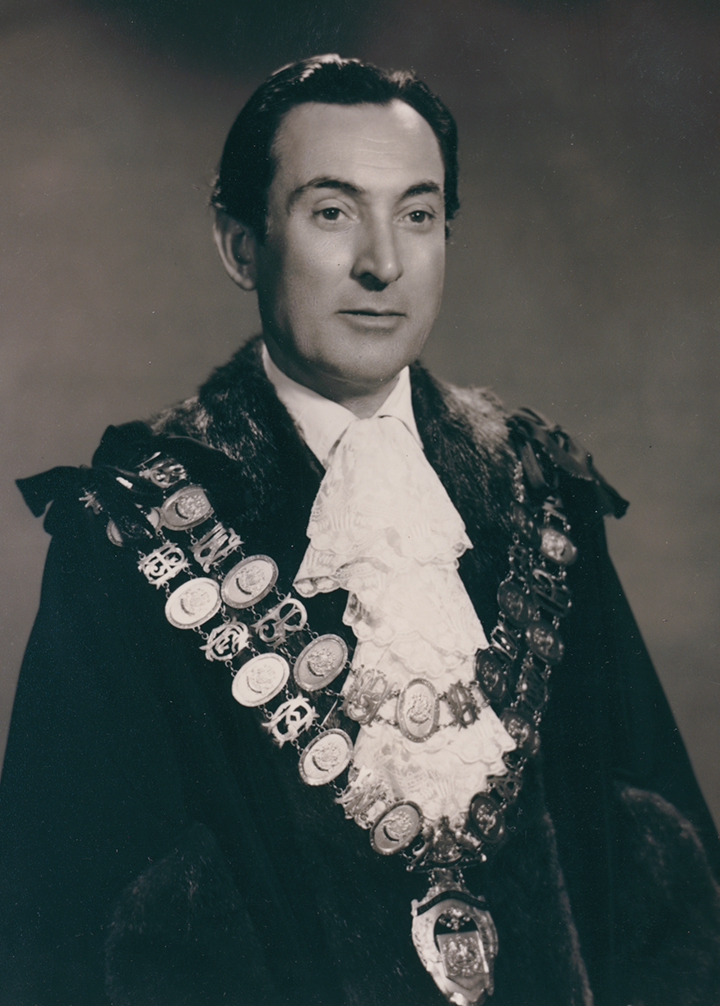 Through the ALP, he successfully stood for election to the Brunswick City Council and became mayor in 1971 and again in 1976. He was the first non-Anglo, non-Celtic mayor of that remarkably diverse city. He kept working in the factory during this time, as mayors were not paid a wage. My interview with him provides insights into local government and the obstacles he faced within the ALP. His first attempt to be mayor was nearly thwarted by another Labor councillor who, in a party caucus meeting, ‘banged on the table and said, "Now [with Larry as mayor] this council will be full of wogs".’

He is honoured with a local park in his name. He said his greatest achievement on the Council was the introduction of family planning services for Brunswick.

We settled in Brunswick at a time when there were factories in the residential streets. We lived next to one for many years. Loreto resided with Olive until 1991, when he moved to Canberra. Little did he know, at the time of the interview, sitting comfortably in the lounge room, in his favourite armchair, that such a move was less than a year away. The divorce had a devastating effect on my mother, who was 74 years of age at the time. 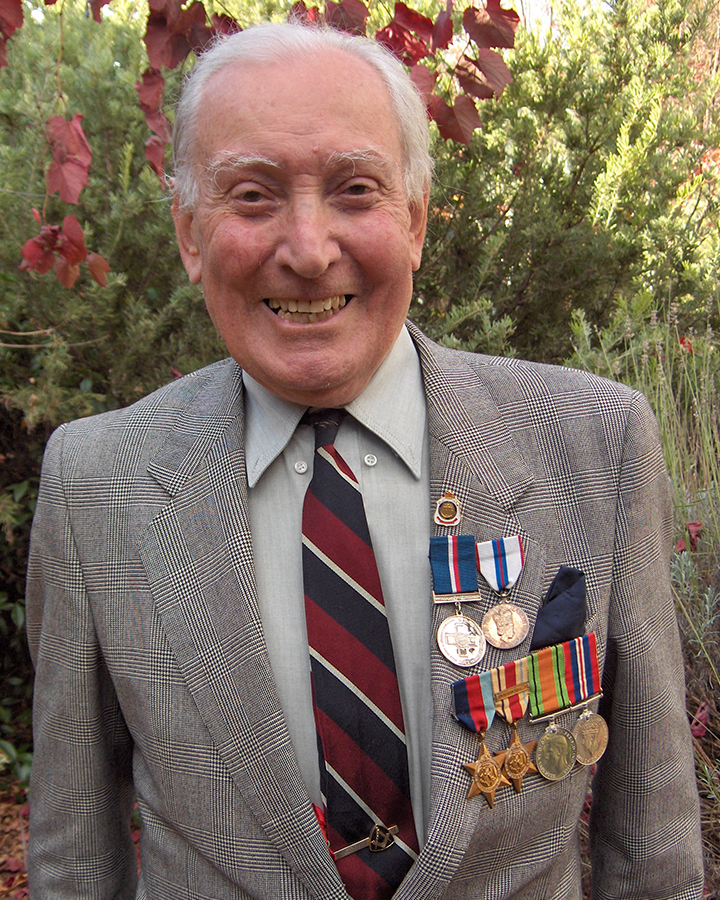 My father was a very intelligent man who only had four years of formal education but graduated with top honours from the ‘University of Struggle’. The interview captures his grasp of the wider social context while also providing great detail, sometimes intimate, on his life experience. He earned the nickname ‘Professor’ from his fellow RAF men during the war. He had a great thirst for knowledge. He also had his demons, but that is another story.

Dr Barry York is a writer and historian. He has written books, scholarly monographs and articles on aspects of Australian immigration and particularly on Maltese migration to Australia. He began recording oral history interviews for the Library in 1988 and was a Harold White Fellow in 1997. Barry’s email address is barryyork554[at]gmail.com.

Listen to Barry York’s interview with Loreto York via our catalogue.