Even as you’re celebrating the gains, you have to be ready to pull on your boots and get back in there, writes Emily Maguire

Warning: Aboriginal and Torres Strait Islander people are advised that this article may contain the names and images of people who are now deceased.

One-hundred-and-thirty years ago, Louisa Lawson wrote that ‘Women whose thought-power, like that of mountain streams, is of little effect alone … when run into a general river of purpose, can potently aid in turning the wheel of time, to grind out a new era.’ A river of women surging forward to grind out a new era. It’s a powerful image and an important reminder that progress comes from the combined, and continued, effort of many. 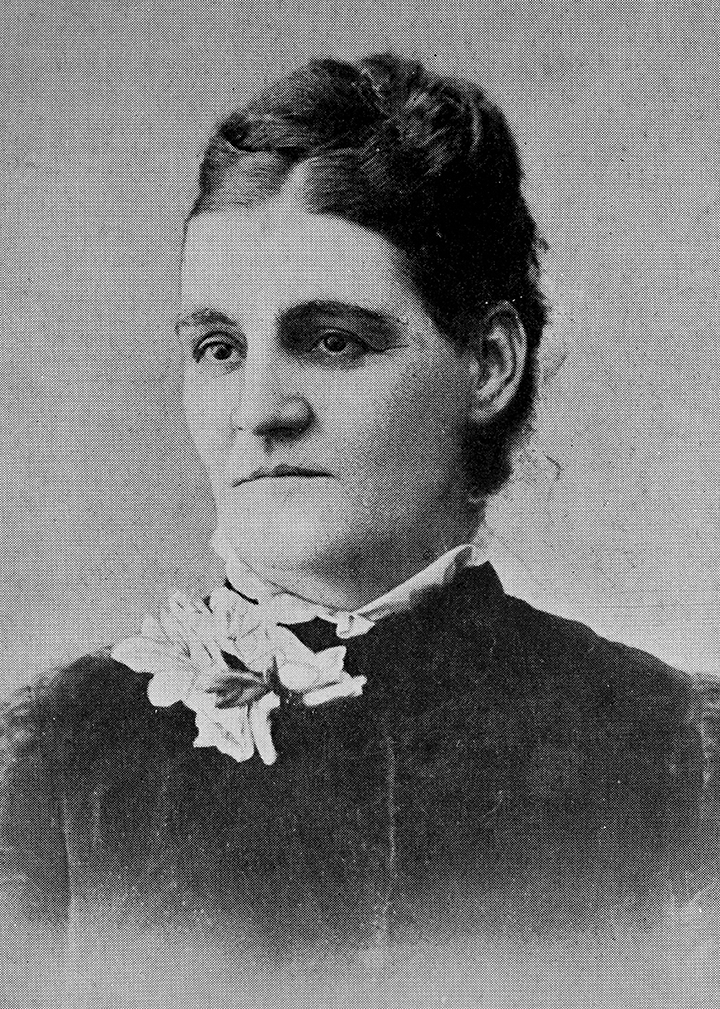 The point is demonstrated again and again in the history of women’s rights in Australia. Consider the case of Dora Montefiore, who became a women’s rights activist in 1889 after a lawyer informed her that ‘In law, the child of the married woman has only one parent, and that is the father’. The recently widowed Montefiore was told she was ‘lucky’ her late husband hadn’t left instructions for alternate guardianship of his children. The suggestion that continued custody of her children was a piece of luck left her ‘blazing with anger’ and ‘determined to alter the law’.

Montefiore did her utmost, but it was another 45 years before mothers in New South Wales were finally granted equal guardianship rights. Forty-five years during which the Women’s Political Educational League, the Women’s Liberal League and the National Council of Women, among other organisations, ran multiple campaigns agitating for change. Forty-five years of speeches and articles by prominent women’s rights activists, and petitions and letter-writing campaigns by supporters. Millicent Preston Stanley, the first woman to be elected to the Parliament of New South Wales, even supplemented her political efforts by writing and producing a play based on a true, famous case of a woman whose child had been taken from her custody.

All this work by all these women over all this time to change a law that most Australians now would be surprised to know ever existed, but which must have seemed at the time to be the natural way of things. 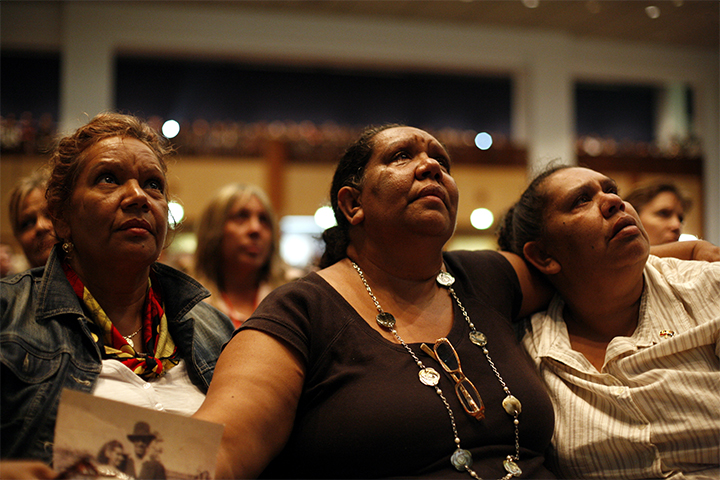 Shamefully, most of these feminist champions did not extend their righteous rage on the matter of mothers' rights to their Aboriginal counterparts. In 1934, the same year the New South Wales guardianship law was passed, five Noongar women—Melba Egan, Mary Alice Harris, Emily Nannup, Annie Morrison and Mary Warmadean—testified powerfully at the 1934 Western Australian Royal Commission on the Condition and Treatment of Aborigines about the horrors of forced child removal. In the years leading up their testimony, during their testimony, and for the following 85 years, countless other Aboriginal and Torres Strait Islander women across Australia worked to resist the collection of policies that allowed authorities to remove children from their families. As groups like Grandmothers Against Removals show, the need for this work, too, is ongoing.

Also forming part of that mighty river of change are all the women who have worked to ameliorate family violence and domestic abuse. In 1891, Louisa Lawson wrote that ‘We could quickly fill the largest building in Sydney with women and children’ escaping violence in their homes. Her despair was echoed many times over the following eight decades as generation after generation of women’s advocates attempted to address the continued crisis.

Finally, in the 1970s, the Women’s Liberation movement managed to make headway with the idea that violence in the home was not just some private, domestic matter to be dealt with behind closed doors, but a symptom of women’s oppression under patriarchy, which made it a political problem. Women’s Liberation tackled the problem of domestic violence on several fronts. Members raised awareness by holding demonstrations, writing letters to newspapers and turning up at ministerial offices. They set up direct action campaigns addressing income and housing security and employment options for women. And in 1974, members from Sydney Women’s Liberation, including Anne Summers, opened Elsie Women’s Refuge, Australia’s first emergency shelter for women and children.

Elsie soon became the model for a whole swathe of feminist-run refuges across Australia. They all filled quickly and stayed full, finally convincing the federal government that what women had been saying about a domestic violence crisis was true and that it must be on the political agenda. Still, an average of one woman a week is murdered by a current or former partner in Australia. Again, the work continues.

As with the fights for guardianship of one’s own children and the right to safety in one’s own home, those for equal pay, political representation, workplaces free of harassment and discrimination and so many others are ongoing. There have been significant breakthroughs and victories, of course—a girl born today will have a life gloriously unrecognisable to the earliest suffragists—but all of these have come only after decades of struggle by hundreds of thousands of women.

Bit by bit, these masses of women utterly transformed the world and they did it not (or rarely, anyway) by taking up arms and storming barricades but by sharing their stories and listening to others and then refusing to keep quiet about the conditions of women’s lives. They did it by collecting signatures on petitions and showing up at meetings and rallies and marches. By holding fundraisers and consciousness-raising sessions in their living rooms, kitchens and offices. By writing letters and newspaper articles, typing and photocopying pamphlets, preparing submissions to government inquiries, calling politicians and business owners and voters, stuffing and licking envelopes. By volunteering at women’s refuges as cooks, cleaners, counsellors, translators, lawyers, drivers and security guards. By sharing resources and information and childcare and opportunities and skills. By doing whatever they could, whenever they could to keep the river flowing, the wheel turning. 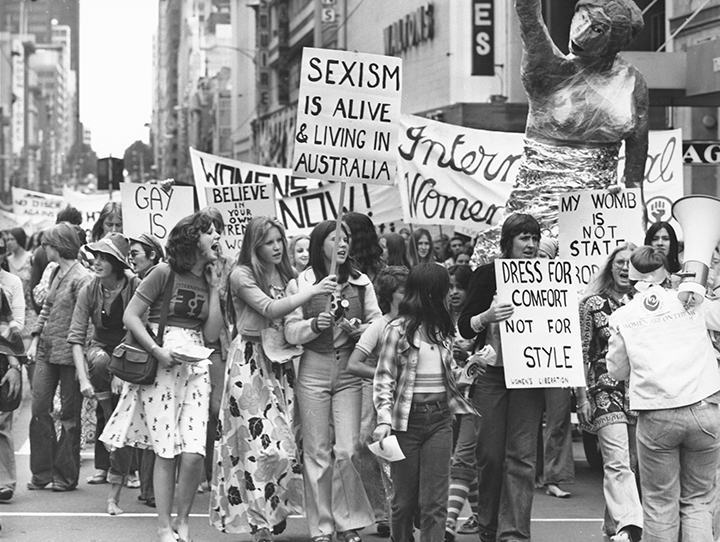 These women all understood that progress is not inevitable and things will not get better simply because time has passed. Things improve when people work their guts out to improve them. They understood that good leaders are vital and should be cherished, but that without the masses behind them progress would stall. And they knew that every improvement in women’s lives, every win for equality, could be easily reversed and so even as you’re celebrating the gains, you have to be ready to pull on your boots and get back in there.

If we pay attention to history, we know all this, too. So here we go. Into the river, shoulder to the wheel. So much to do, yes, but more of us than ever to do it.

Emily Maguire is the author of five novels, including An Isolated Incident, which was shortlisted for the Stella Prize, the ABIA Literary Fiction Book of the Year and the Miles Franklin Literary Award. Her most recent book, This Is What a Feminist Looks Like: The Rise and Rise of Australian Feminism will be released in October 2019.