I first came across Jennie Scott Griffiths as a speaker at an anti-conscription meeting in Queanbeyan in 1917, when I was researching an article on Canberra women in the First World War. I had heard of the other speakers, but not of Griffiths, so I was surprised to find eight boxes of her material in the Manuscripts Collection of the National Library—and even more surprised to discover her exotic background.

Jennie was born at Wolf Creek, Tyler County, Texas, on 30 October 1875, in a ‘double log cabin’ built by her father Randolph Wilson, a veteran of the Confederate Army in the American Civil War. From the age of two, she was described as a child prodigy. Texan papers used headlines such as ‘The Baby Elocutionist’ or ‘The Child Lecturer’ to describe her, often including ‘Tiny’ or ‘Little’—even as an adult she was only about 4’9” (145cm).

After some training in law at the University of Texas, Austin, and at a business college, she wrote and edited the ‘Young People’s Corner’ in the Texas Farmer. The content tells us that she was a typical product of the socially conservative, evangelical Protestantism of Bible-belt America.

When she was 21, Jennie began travelling the world as part of a group whose aim was to establish Hagey Institutes, which guaranteed to cure addiction to liquor and narcotics. In Suva, she met Arthur George Griffiths, the eldest son of the owner and editor of The Fiji Times. She agreed to marry him the day after they met.

Jennie rapidly became the mother of a family of ten. The first nine, from Randolph in 1898 to Ciwa (a Fijian word for nine) in 1910, were born in Fiji. ‘Mum hated being pregnant, resented the physical inconvenience and despaired with the thought of an additional child,’ Ciwa wrote, ‘but once that baby arrived, she loved it passionately.’

Early in the 1900s, Jennie began writing for The Fiji Times and from 1908 she worked full time as ‘the unacknowledged, unpaid editor’. In 1912, at Jennie’s urging, Arthur sold the paper and the family moved to Sydney so that the children could have access to a better education. She arrived in Sydney a feminist and a social and political radical. It is impossible to identify how this transformation occurred, but there are many examples of women brought up in the evangelical tradition who became reform leaders. There is little doubt her continual child-bearing contributed to her advocacy of contraception and her rejection of male domination. 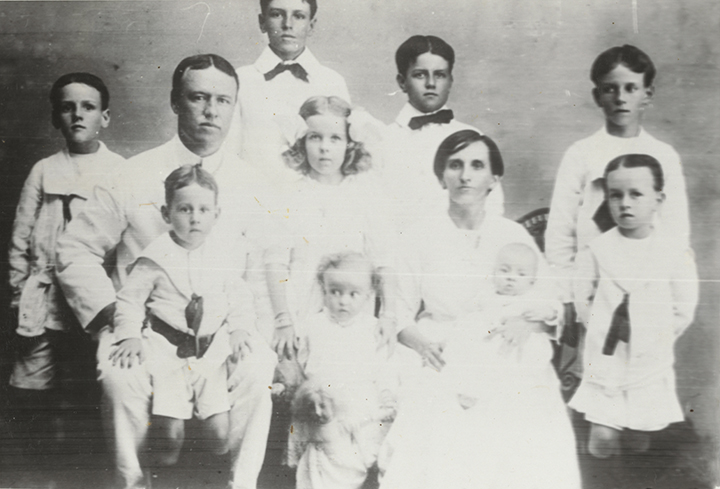 Soon after the family arrived in Sydney, disaster struck with the death of the second youngest child, Leonie, 4, from diphtheria and the collapse of their finances when the company in which Arthur had invested their capital became bankrupt. Jennie tried many avenues to get work including contacting Mary Gilmore at The Australian Worker and submitting freelance articles to newspapers and periodicals.

In June 1913, just three months after the birth of her tenth child, Hazel, Jennie was appointed editor of The Australian Woman’s Weekly (AWW), a periodical for women begun in 1911 that continued for ten years (not to be confused with The Australian Women’s Weekly, which started in 1931).

When Jennie took over, the AWW was similar to most other women’s papers of the era, with the exception of the feminist papers: Louisa Lawson’s Dawn and the short-lived Woman’s Voice. The AWW ran pages of lavishly illustrated fashion notes plus household hints, short stories, serials and a children’s section.

Jennie had only her ‘Editorial Chat’ and a column in which she replied to correspondents to express her opinions on controversial social and employment issues affecting women, to criticise the conservative views of others and to note the activities of socially radical organisations such as the Feminist Club and antiwar groups. She was also able to include occasional articles on then advanced social subjects, such as Margaret Sanger on birth control, and she wrote a series herself on women activists.

Jennie also filled in for Mary Gilmore editing the women’s section of The Australian Worker on occasion, and contributed to Sydney’s The Sunday Times, the Brisbane Labor paper The Daily Standard, Britain’s The Social Democrat and the Sydney-based The International Socialist, all papers where she could express her socialist, antiwar and feminist views more openly.

During 1916, Jennie’s support for antiwar movements, anti-conscription and radical and feminist causes escalated. In The Australian Worker in March 1916, she argued that women needed to change the political, social and economic conditions created by male dominance in the public sphere.

Even in the AWW she wrote about the ‘New Woman’, working capably in jobs newly available to her, and floated the socialist idea of communal households with several families living under one roof, allowing wives to work. This trend in her articles combined with her strident views against war and conscription, expressed in many forums, caused a rift with the AWW’s owners. They cited her activism in the Women’s Peace Army, an organisation that gained a reputation as radical and militant with an antiwar ideology. Vida Goldstein was the national president, Adela Pankhurst a prominent supporter and Jennie was president of the Sydney branch. Members held peace demonstrations, organised petitions to members of parliament and were active in the anti-conscription campaigns in 1916 and 1917. 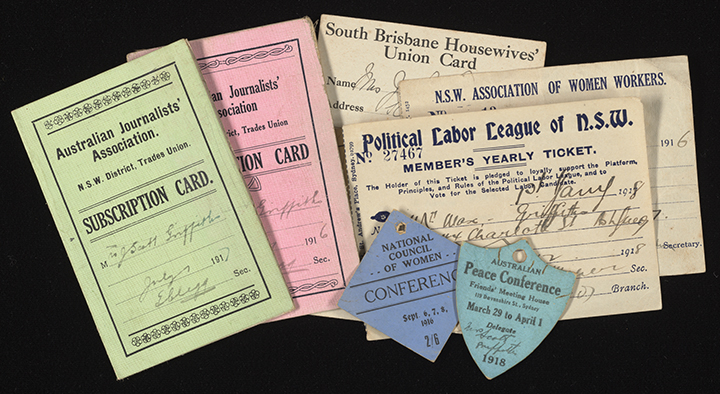 After she was sacked, Jennie’s only means of making money was through unreliable casual work. She also became increasingly disillusioned with Sydney politics following the split in the Labor Party and its replacement with ‘Win the War’ governments federally and in New South Wales. She decided that a move to the radical north, where the anti-conscription Labor Premier T.J. Ryan remained in office, would be a good idea.

In Brisbane, she was soon involved in many socialist and antiwar organisations, including speaking at rallies in support of 12 International Workers of the World members gaoled for treason, denouncing ‘biased courts and police frame-ups’. This brought her under surveillance by the Commonwealth Police and the Censor who reported her movements and opinions.

Her activism reached a peak in 1919 as one of the organisers of a procession, at which the government had banned any display of red flags, but which developed into what became known as the ‘Red Flag Riots’. Jennie withdrew the Children’s Peace Army, who were to lead the procession, but she and other Trades Hall organisers distributed small red pennants, which they claimed were handkerchiefs, and began the march. The police contingent failed to stop the marchers who eventually numbered about 1,000, as enthusiastic onlookers joined in. When they reached the Brisbane Domain, Jennie and other leaders addressed the crowd from a rotunda decorated with red flags. Some of those involved in the day’s events were charged and gaoled but others, including Jennie, were not. She became an ardent campaigner for their release. The ‘Red Flag’ prisoners showed their appreciation by presenting her with a leather bag now in the National Library. It has a metal plaque inscribed with their thanks on the front and another plaque on the back featuring a bird and native foliage. 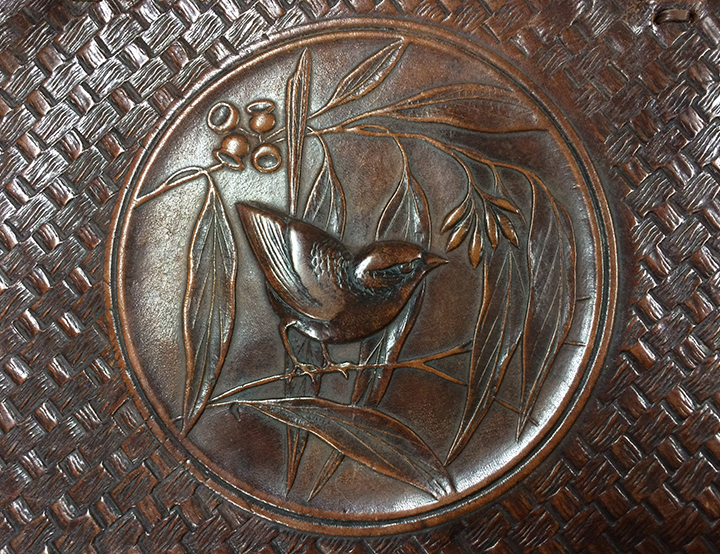 In 1921, most of the Scott Griffiths family emigrated to the United States. Over the next decades, Jennie contributed to local San Francisco papers and to some radical publications. She remained an activist to her death in 1951, but her greatest achievements were during the decade she spent in Australia.

Dr Patricia Clarke is a writer and historian. She is the author of 12 books, including a biography of feminist Eilean Giblin. She has written an essay for the ISAA Review on Griffiths, concentrating on women’s antiwar and anti-conscription organisations and Griffiths’ reputation as a red ragger.