Earlier this year, a handmade, parchment-bound volume, printed in 1627, was specially selected by National Library curators for display in the Library’s Treasures Gallery.

It is the first edition of German astronomer Johannes Kepler’s landmark book of astronomy: Tabulae Rudolphinae (Rudolphine Tables). The early printed volume is significant for building on Copernicus’s heliocentric theory of the solar system—which holds the sun as its centre—and is best known for stating Kepler’s three laws of planetary motion. It was this treatise that made it possible to predict the transits of Mercury and Venus. 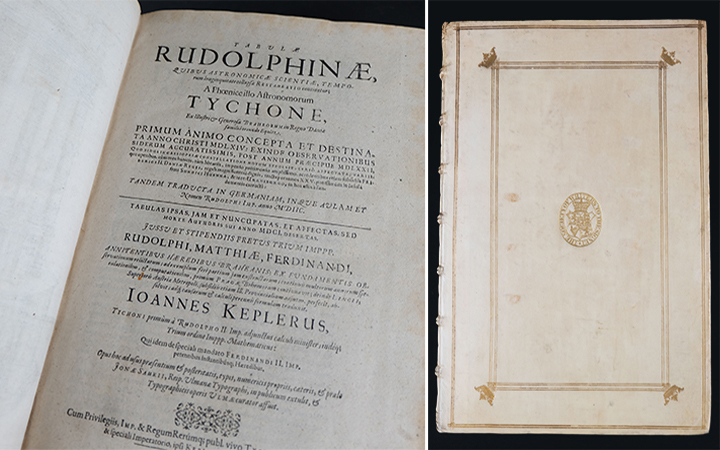 After being selected for exhibition, the book was taken to the preservation lab for a condition assessment and treatment. It was found to be in good condition except for some soot that had accumulated on the spine of the volume and the head of the text block (exposed page edges at the top of the book). This is an indication of its previous living conditions: it is likely to have been kept on a shelf near a fireplace.

The presence of the black soot offers an interesting aspect to the object, providing evidence of use and some history of its travels through generations. When evaluating preservation needs, keeping the soot must be considered against the book’s longevity and whether the soot poses any threat to stability or accessibility in the future.

Soot is a mix of oil, carbon and tar. Accumulating on the surface of the parchment overtime, it can not only become ingrained and very difficult to remove in the future, but also increases the risk of accelerating the parchment’s rate of degradation in these areas. Soot is also corrosive and its effects can be made worse with handling because the soot readily absorbs moisture and natural oils from hands, becoming further compacted and sinking deeper into the parchment fibres.

Parchment is the processed skin of an animal (generally goat, sheep or calf) and historically used mostly as a surface for writing on, but can also be found to cover bindings or in the construction of the bindings themselves. Sometimes you might even find manuscript fragments from broken or discarded books (i.e. manuscript waste) reused to cover or construct bound volumes, as the material at the time was so valuable and hard to come by. 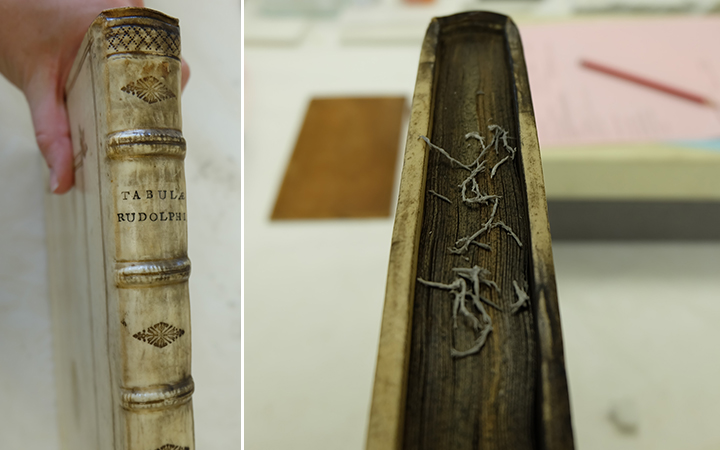 Discussions between curators, conservators and the collection managers explored the ethical and conservation ramifications of removing the soot. In the end, we decided to remove the soot, agreeing to document the item in its ‘sooty’ state so that its previous life near a fireplace could be captured and recorded for any future needs. In any event, it is also unlikely that all evidence of use would be removed during treatment, so there would be residual traces should any sampling or investigation need to occur in the future for research purposes.

After initial condition assessments and testing, we determined that the most effective and least invasive technique to reduce the soot involved gently dry cleaning the surface (that is, with no use of water-based substances or solvents) to reduce the surface dirt and soot. This can be considered a low risk treatment as it poses little threat to the object. A conservation grade eraser was gently applied to the surface of the animal skin, where there was no risk of altering the surface of the parchment binding. We were also conscious of the beautiful, delicate gold-tooled covers and areas of the spine. Tooling is one of the earliest forms of cover decoration and involves the use of heated metal finishing tools impressed into a surface (usually leather or parchment) to create a pattern or design (blind tooling). Some of these designs were also covered with a thin layer of gold leaf (gold tooling), which became more prevalent after 1600.

After the majority of the soot was gently removed, the gold and blind tooling of the title and decorations became more noticeable, though there were still signs of soot left in crevices and folds, and on the head of the text block where the soot had already become engrained in the paper fibres. Given the age of the object and the potential length of time the soot has been present, we found the parchment cover and text block in good condition, with little deterioration from the corrosive soot. The book can now be safely handled and accessed without risking further deterioration of the binding material, and its historical context has been captured. Finally, a custom-made support was created for the book to rest on comfortably while it sits open on display.

Before and After Treatment: Spine 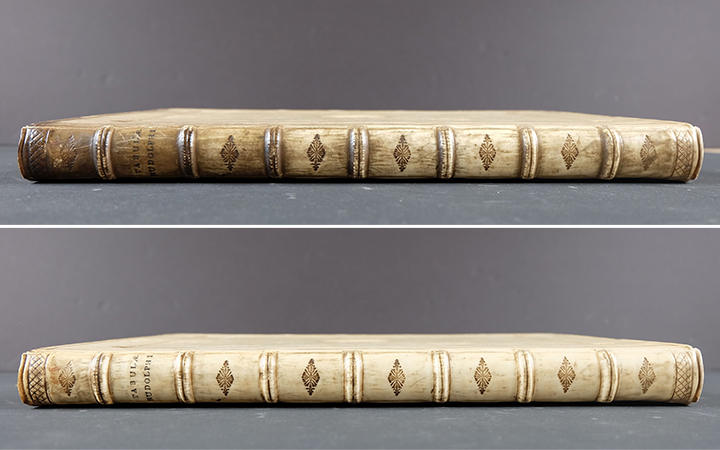 Before and after Treatment: Spine

Before and After Treatment: Head of Spine and Lower Board 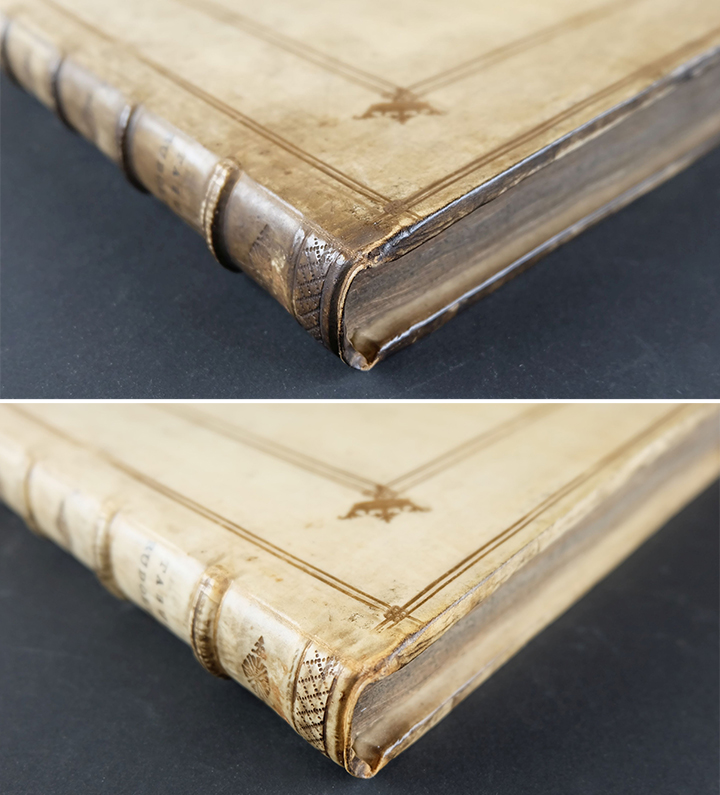 Before and after Treatment: Head of Spine and Lower Board

Before and After Treatment: Head of Textblock and Boards 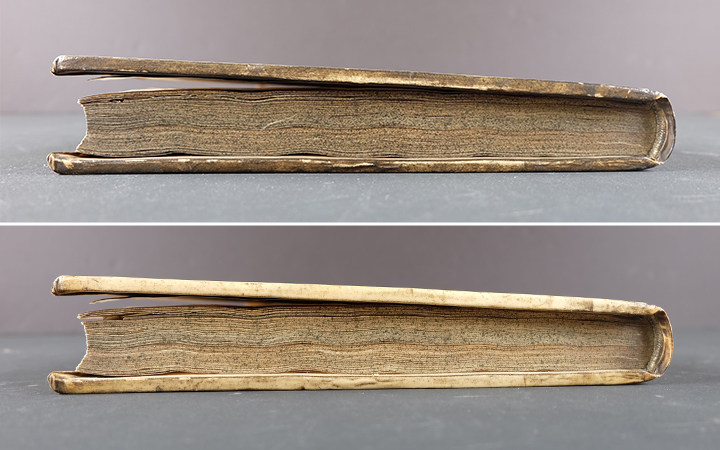 Before and after Treatment: Head of Textblock and Boards

Tabulae Rudolphinae will be on display in the National Library of Australia Treasures Gallery between May and November 2019.

Freya Merrell is a senior book and paper conservator at the National Library of Australia.